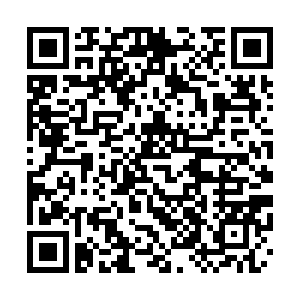 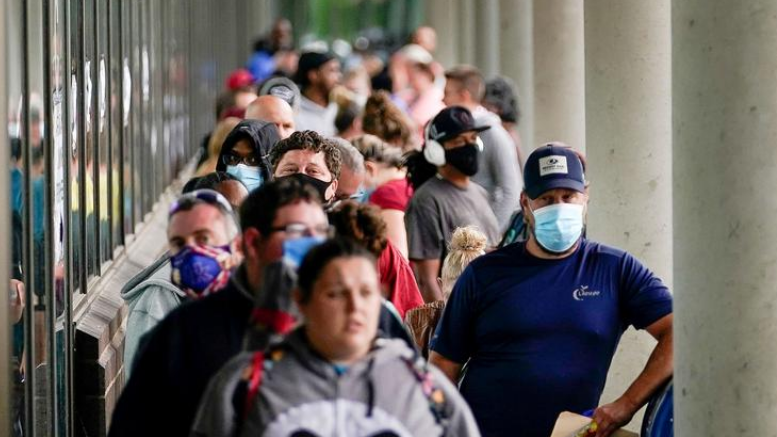 Hundreds of people line up outside a career center hoping to find assistance with their unemployment claims in Frankfort, Kentucky, U.S. June 18, 2020. /Reuters

Hundreds of people line up outside a career center hoping to find assistance with their unemployment claims in Frankfort, Kentucky, U.S. June 18, 2020. /Reuters

The number of Americans filing new applications for unemployment benefits decreased modestly last week as the COVID-19 pandemic tears through the nation, raising the risk that the economy shed jobs for a second straight month in January.

Despite the labor market woes, the economy remains anchored by strong manufacturing and housing sectors.

Other data on Thursday showed home-building and permits for future residential construction surged in December to levels last seen in 2006. Factory activity in the mid-Atlantic region accelerated this month, with manufacturers reporting a boom in new orders.

The services sector has borne the brunt of the coronavirus crisis, disproportionately impacting lower-wage earners, who tend to be women and minorities. Addressing the so-called K-shaped recovery, where better-paid workers are doing well while lower-paid workers are losing out, is one of the key challenges confronting President Joe Biden and his new administration.

White House economic advisor Brian Deese said the fragile labor market underscored the urgency for U.S. Congress to act quickly on Biden's $1.9 trillion relief plan to "get this virus under control, stabilize the economy, and reduce the long-term scarring that will only worsen if bold action isn't taken."

Initial claims for state unemployment benefits fell 26,000 to a seasonally adjusted 900,000 for the week ended January 16, the Labor Department said. Economists polled by Reuters had forecast 910,000 applications in the latest week.

Including a government-funded program for the self-employed, gig workers and others who do not qualify for the regular state unemployment programs, 1.4 million people filed claims last week.

Out-of-control coronavirus infections are disrupting operations at businesses like restaurants, gyms and other establishments where crowds tend to gather, reducing hours for many workers and pushing others out of employment.

Consumers are also hunkering down at home, hurting demand. COVID-19 has infected more than 24 million people, with the death toll exceeding 400,000 since the pandemic started in the United States.

U.S. stocks hovered near record highs. The dollar fell against a basket of currencies. U.S. Treasury prices were lower.

Some of the elevation in claims reflects people reapplying for benefits following the government's recent renewal of a $300 unemployment supplement until March 14 as part of the nearly $900 billion in additional fiscal stimulus. Programs for the self-employed, gig workers as well as those who have exhausted their benefits were also extended.

But housing and manufacturing are bucking the labor market distress. In a separate report on Thursday, the Commerce Department said housing starts jumped 5.8 percent to a seasonally adjusted annual rate of 1.669 million units in December, the highest level since September 2006.

Building permits for future home-building, which typically lead starts by one to two months, accelerated 4.5 percent to a rate of 1.709 million units in December, the highest since August 2006. Surging lumber prices and labor and land shortages could, however, slow the housing market momentum.

A third report from the Philadelphia Federal Reserve showed its business conditions index soared to a reading of 26.5 this month from 9.1 in December.

A measure of new orders at factories in the region that covers eastern Pennsylvania, southern New Jersey and Delaware, vaulted to a reading of 30.0 from 1.9 in December. Manufacturing is being boosted by businesses rebuilding inventories.

Factory employment measures also improved. While manufacturers reported paying more for raw materials, they were also able to increase prices for their goods.

This mirrored other manufacturing surveys, suggesting inflation could pick up and remain elevated for a while this year. Manufacturers were upbeat about capital investment plans in the six months ahead.