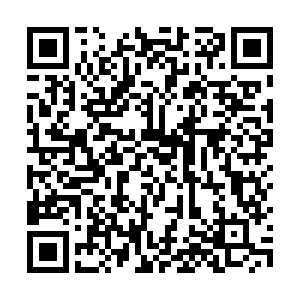 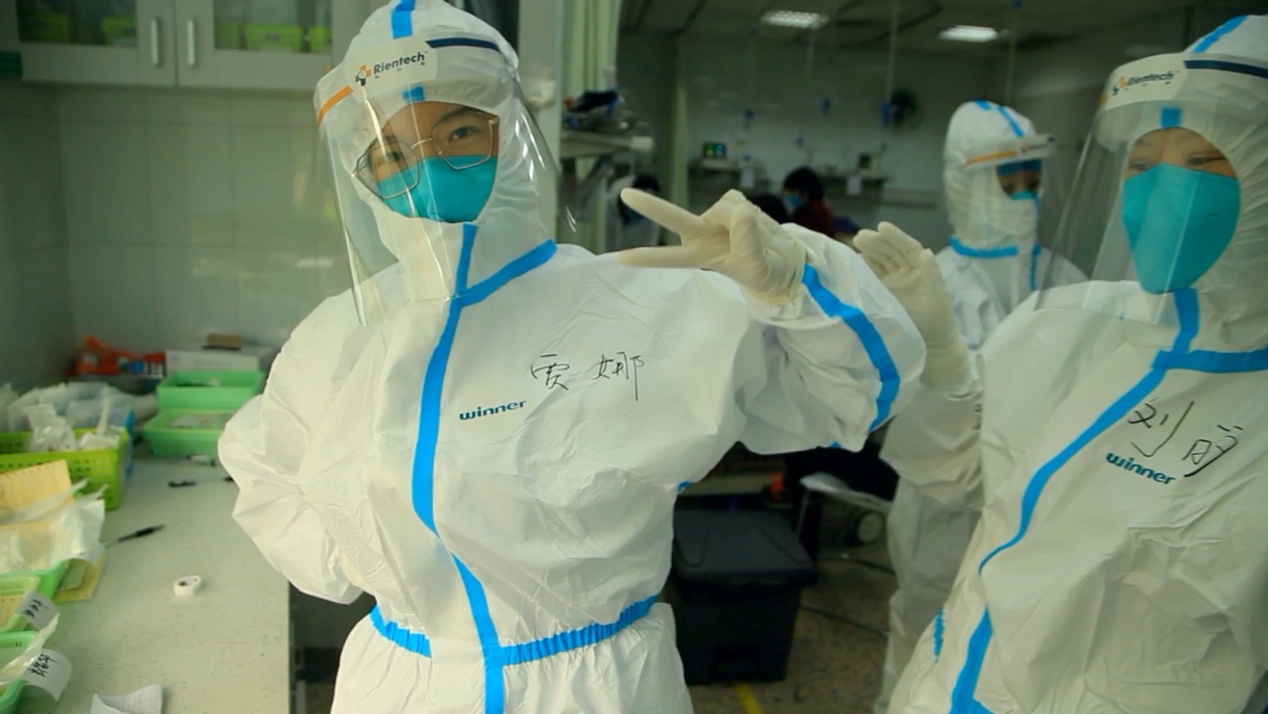 Central China's Wuhan is booming again but things were very different one year ago. Once the worst-hit city by COVID-19 in China, it took a society-wide effort to bring the virus under control. A CGTN team recently revisited the city to find out what life is like there now.

In Wuhan, CGTN met 25-year-old nurse Jia Na, who worked on the front lines. She has only been working as a nurse for a year and a half in the Renmin Hospital of Wuhan University and is popular among the patients.

"Jia Na was the first person we knew here. My sister felt ill and we came to the hospital at midnight," a family member of a patient said. "She not only helped my sister to the hospital but also found a place for me to sleep. She's so kind."

But Jia was once desperate herself. Early on in the outbreak last year, Jia fell ill with COVID-19 not long after she joined the fight against the virus.

"I tried very hard to remember how I got infected, but I couldn't find the answer," Jia recalled. "I received the positive test result at midnight. I felt so scared and was on the edge of breakdown. I didn't know how long I'd live for."

Fortunately, the next day Jia was diagnosed with only mild symptoms. As the hospital became overwhelmed with coronavirus patients, she headed back home to self-isolate. 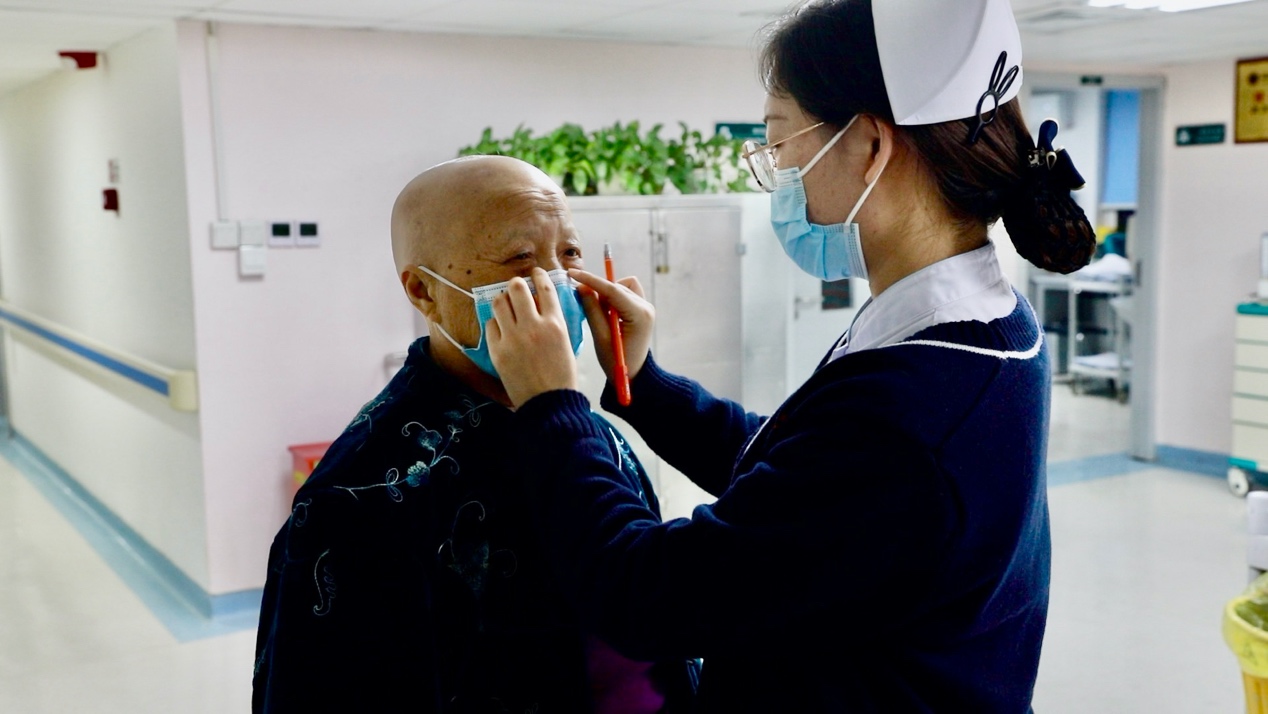 Jia was desperate for a while, but later decided to face the reality of it with courage. Back at home, Jia was alone but not lonely. She shared her thoughts and physical condition on social media. She now has over a million followers, and they've given her a lot of support.

"One friend online said they hoped to exchange a year of his or her good luck for my recovery. It was so touching," Jia said.

Jia also gave something back to her followers by telling them the daily habits she has – such as showering everyday and disinfecting and ventilating her room – to keep the virus at bay. Many online friends did what she did and found it useful. Jia said she wanted them to see she was getting better and the disease was not that horrible.

Jia recovered about two weeks later. She soon rejoined the fight against the virus in Wuhan.

Her experiences as a recovered COVID-19 patient and medical worker have brought inevitable changes to her outlook, and she found herself being more empathetic to patients. 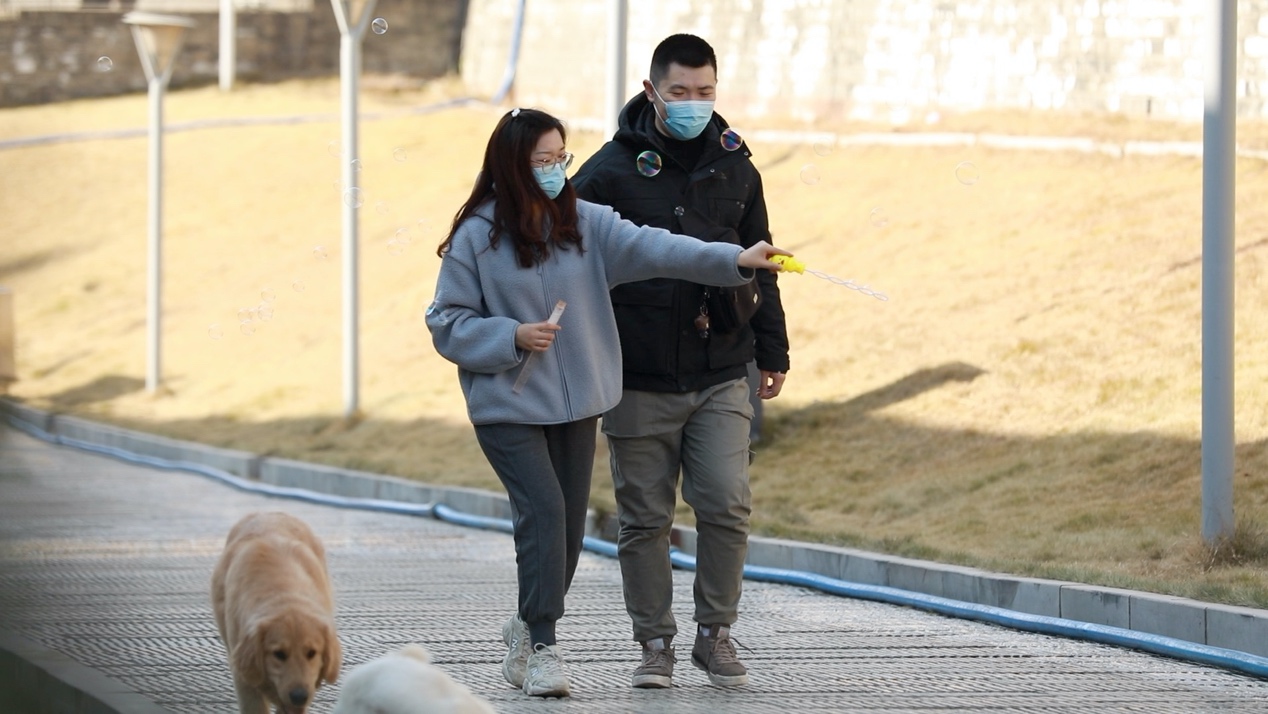 A patient told CGTN: "The injection is often painful. Jia Na always says she'll do it slowly to ease our pain, and she does just that. We feel really comforted by her."

"Now I think more from the perspective of the patients. I know they might be afraid of pain and feel desperate about the disease," Jia said, adding "besides the medical treatment, what they need more is psychological comfort. Hope is the biggest power."

Jia also has a new outlook on the city of Wuhan. "We've all seen a more united Wuhan through the outbreak, and everyone in the country is always of one mind," she said.

And the cherry on top of a transformative 12 months? True love. Jia met her current boyfriend who works as an ICU nurse in the same hospital. She said their shared work helps them better understand each other. As for the coming Lunar New Year, she says she hopes everyone can remain in good health and cherish the good things that life offers.