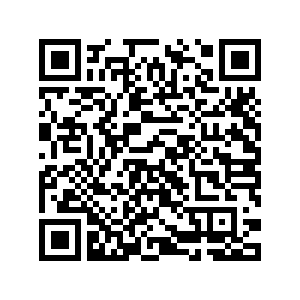 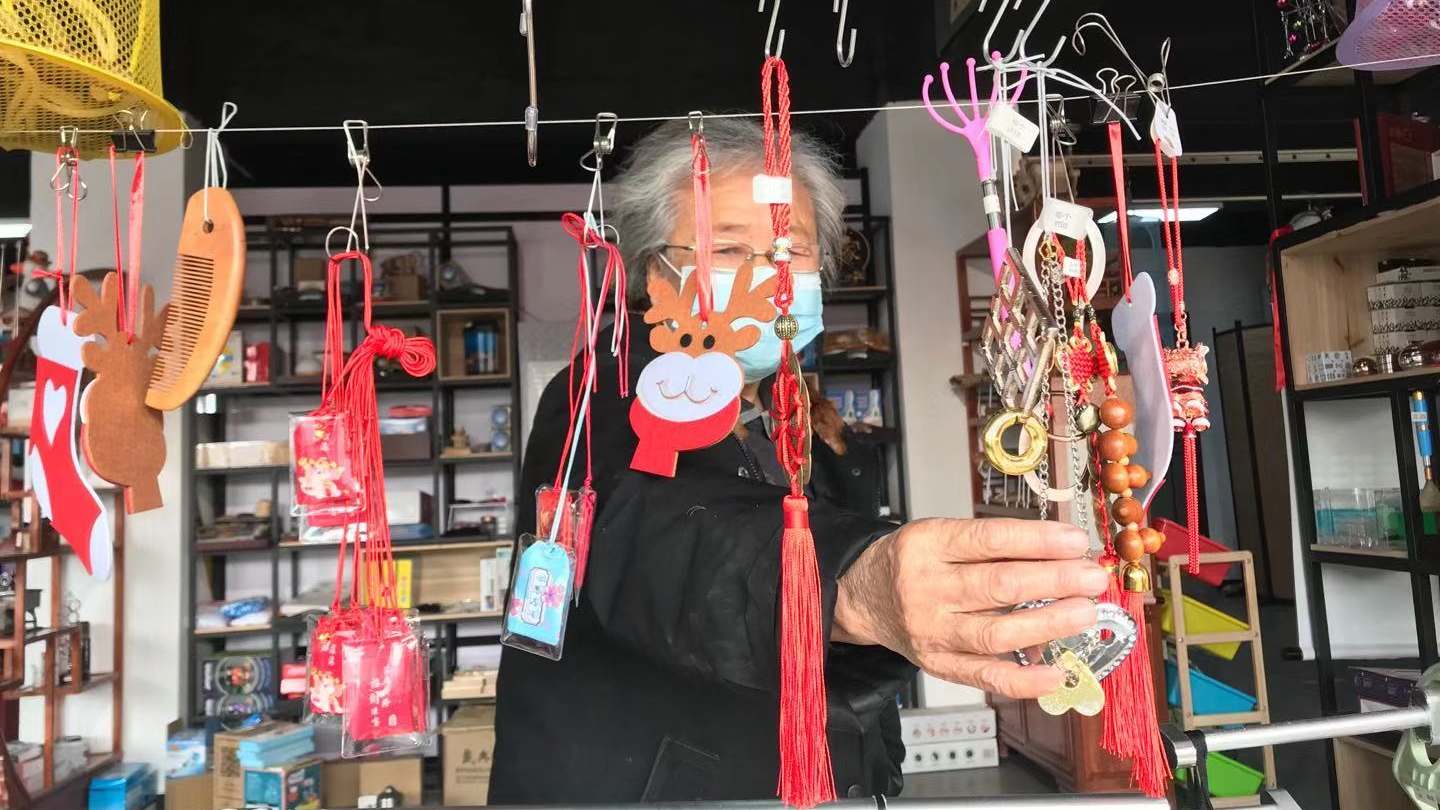 Fang Shuqi, 85, talks about these toys in a toy store for seniors in Beijing, China, January 22, 2021. Wang Xiaonan/CGTN

Fang Shuqi, 85, talks about these toys in a toy store for seniors in Beijing, China, January 22, 2021. Wang Xiaonan/CGTN

Pitch-pot, hoop and pole, and ring puzzles may sound foreign to you, but they were once "treasures" of a generation – the country's booming aging population.

Over time, these games took a back seat as life moved on. That is, until recently a toy store in southeast Beijing brought these memories back – it is so far the only toy store for seniors in the country.

Spanning an area of some 180 square meters, the store boasts more than 400 toys designed especially for seniors, amid rafts of green plants, two little parrots and some goldfish.

Seniors in this neighborhood, which has approximately 20,000 households, are elated to find a toy store just for them. While some are still too embarrassed to visit, those who walk in find the experience to be nostalgic.

"I haven't seen the hoop and pole for decades," said Liu Yuliang, a retired veteran who lives upstairs and visits the store at least twice a day. He would play billiards for a few hours by himself. "I'm very excited to see a store full of toys exclusively for us. Playing helps exercise my mind." 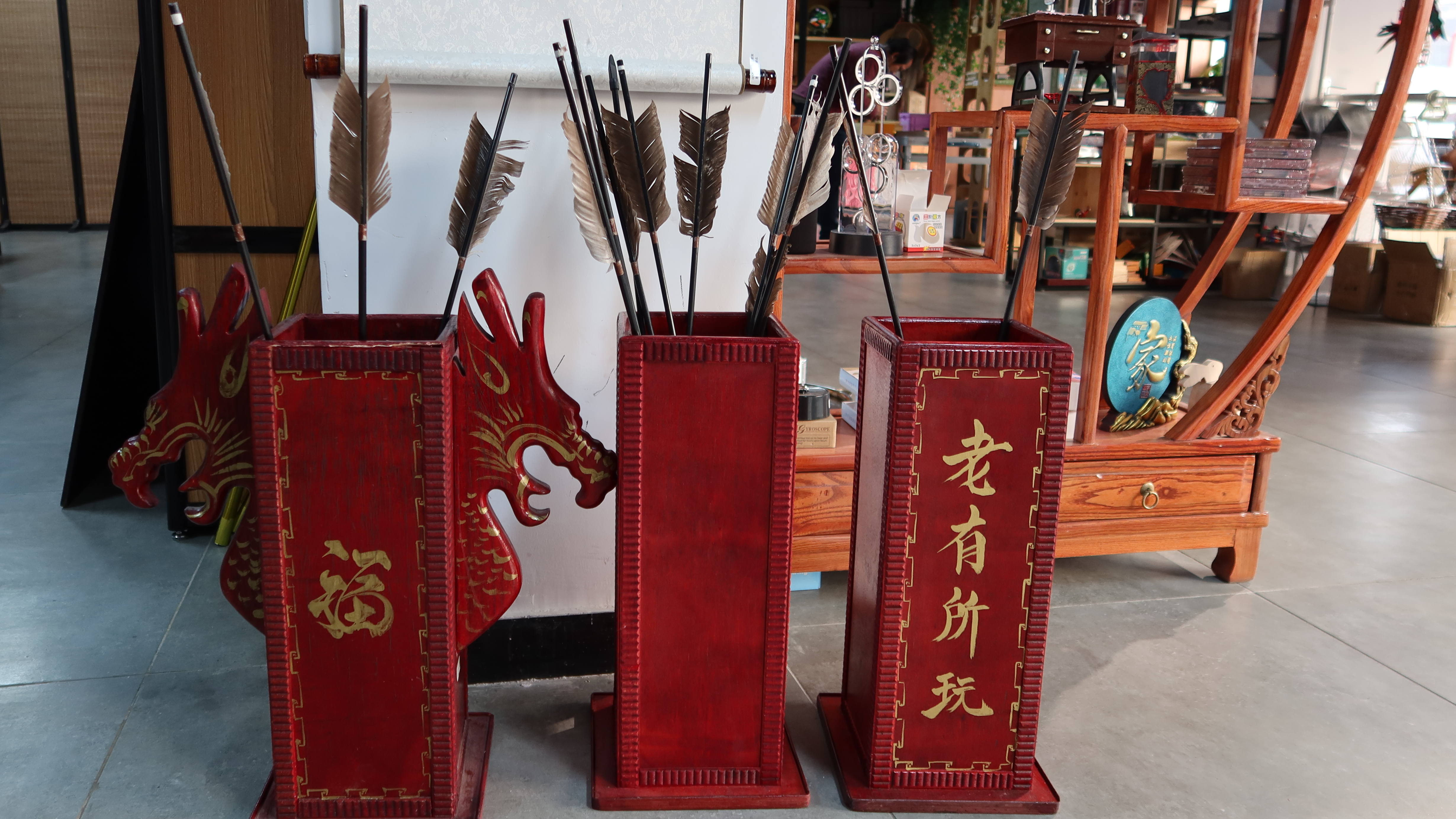 The toy store opened for business on October 25, 2020, on the day of the Double Ninth Festival, known as the day for seniors. Its owner Song Delong had been in the advertisement industry catering to seniors over the past 15 years, and things he dealt with most were healthcare products for the aged. That was where he found a market niche. He came up with the idea of a toy store for the elderly in 2009, but it took a decade for him to make it come to pass.

"People usually care more about seniors' physical health than their mental condition," said Song during an interview with CGTN, sitting at a table of toys against a glass window as the sun cast a soft glow.

Toys are generally supposed to be for children, not adults, the traditional thinking goes. Plus, most toymakers do not make products for this demographic; instead, they target children who yield higher profit margins. 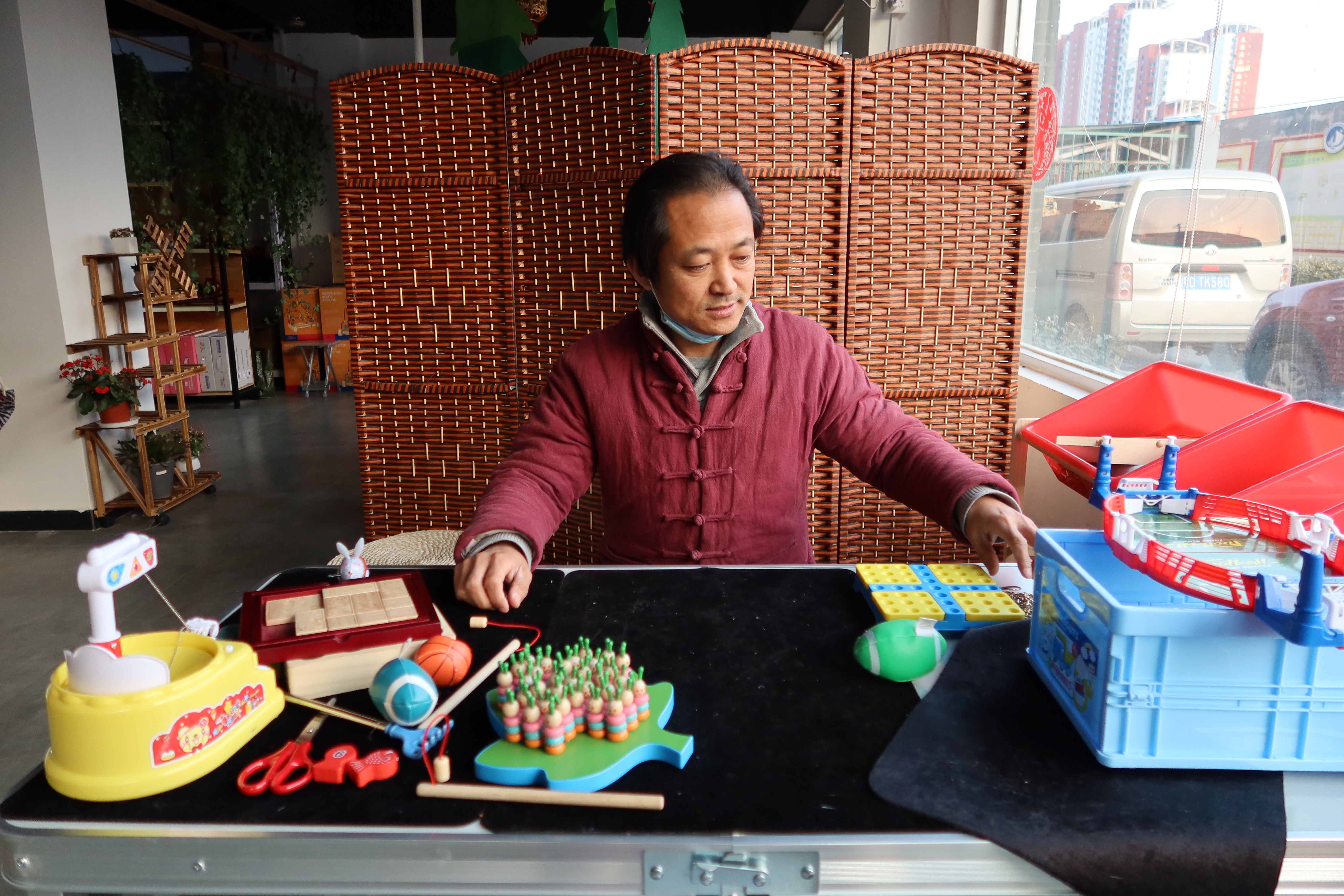 What further prompted Song to resign from a stable job and start this business was his parents. Days after he brought his parents from a small town in northeast China's Jilin to this metropolis to live with his nuclear family, they were anxious to go back home. "They compared living here with staying in prison," Song jested.

His parents are the epitome of a larger elderly population who left their hometowns to care for their grandchildren in Beijing as their grown-up children have to work to sustain a moderate lifestyle in the expensive city.

Living in the capital far away from home has isolated these seniors from their social circles back home. In addition, staying home most of the day to watch over their grandchildren have made their lives monotonous and, from time to time, lonely.

Zhao Xiuxiang and her husband have been living with her daughter's family in Beijing for two years. "I miss home in Inner Mongolia. I'm happy to see my granddaughter growing up day by day but I feel trapped," she told CGTN while going after an active two-year-old toddler who kept running around.

Since the store opened, she and her granddaughter visit frequently, befriending neighbors who are also in a similar predicament. "Here I can make new friends and have small talks, and this little girl makes her little friends too." 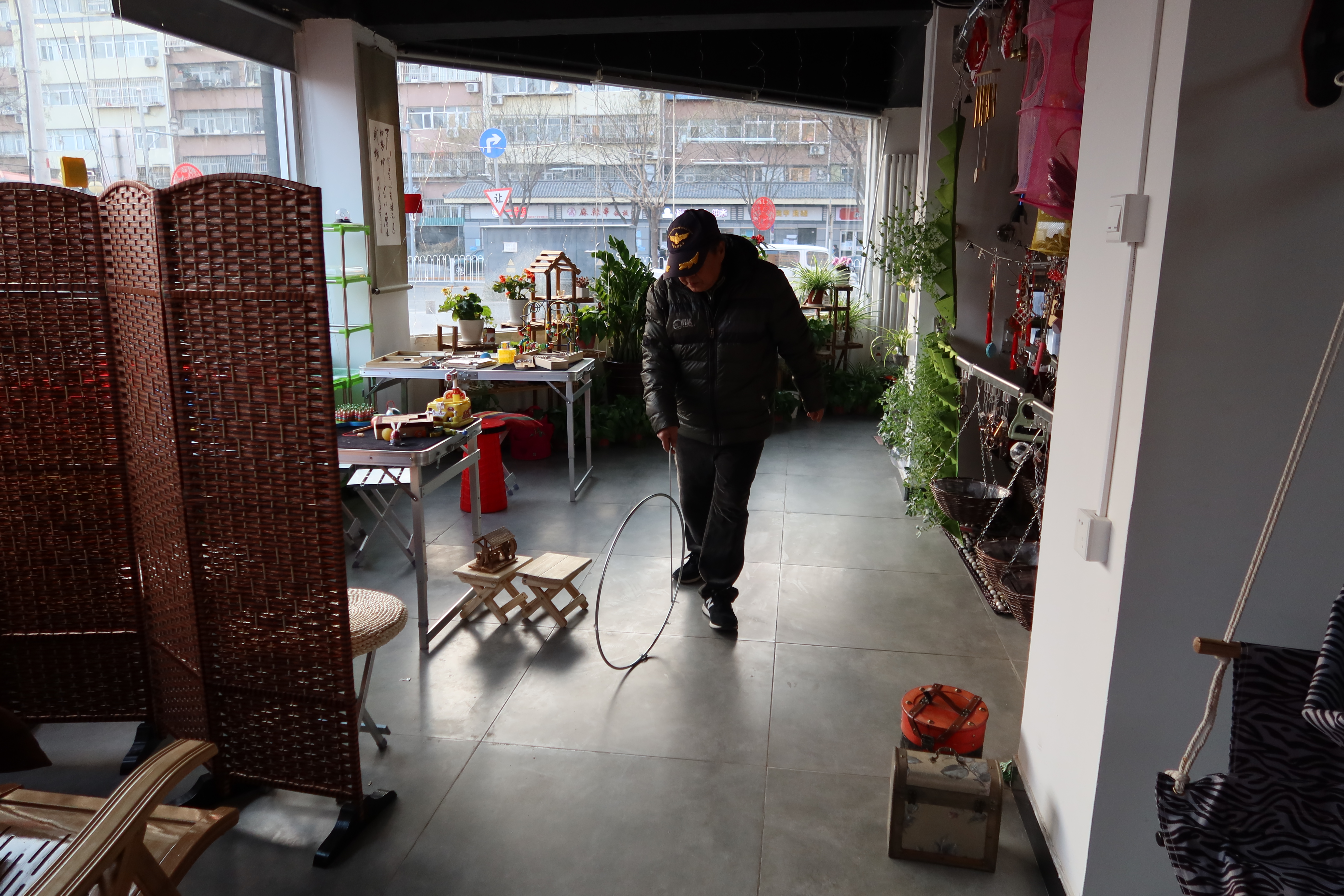 "The board games help sharpen my mind, and also make me feel less lonely," said 58-year-old Wang Shuying. When her granddaughter was four months old, she moved from Cangzhou, a city only 260 kilometers away from Beijing, to look after her. Her husband has yet to retire and they've been living separately for two years except a few days' break back home. For these often lonely seniors, the place is more than a store – it gives them a sense of community.

A majority of the elderly people, mostly above 55, have already juggled a myriad of responsibilities at work and at home but still can't freely enjoy their retirement.

Fang Hailiang, a native of Zhoushan, an island city in east China, used to be a carpenter. His eyes light up upon seeing a variety of wooden toys in the store just dozens of meters from his son's house. The 65-year-old plans to go back home after his granddaughter enters kindergarten. "I brought up my grandson for my oldest child in my hometown, and came here to look after the girl of my second child." 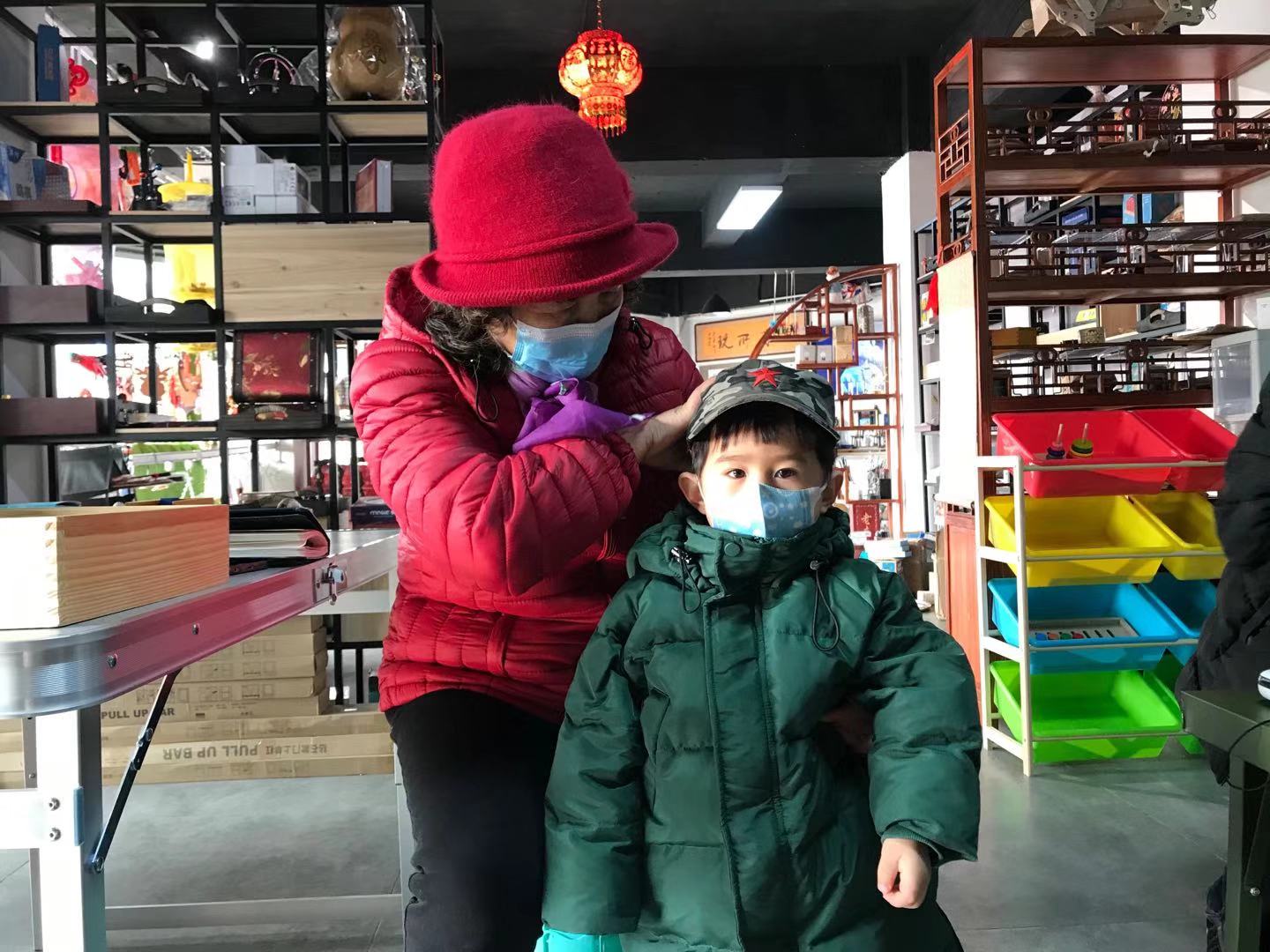 Song is delighted to see seniors find comfort in his store. "Everyone needs toys, regardless of how old they are."

Fang Shuqin, 85, lives alone. She told CGTN that she has frequented the doctor's much less since the store opened. "Retaining a sharp memory and thinking abilities as well as staying in a good mood are essential to longevity."

Research has revealed playing games, such as working out ring puzzles, playing chess and ball games, can stimulate the brain, which helps stave off a fleeting memory and many other cognitive problems. Dementia among many age-related diseases could hence be largely prevented.

But Song thinks there's still a long way to go to make seniors feel it's worth their while to play and have fun. "It's difficult to find a designer to develop new toys for the elderly due to the mentality that such fun is reserved for children."

China is steering toward a moderately aging society. By the end of 2019, 254 million Chinese were aged 60 or above, accounting for 18.1 percent of the total population, according to the National Bureau of Statistics. And it's estimated that China will have 300 million people aged 60 or above by 2025. "So helping seniors stay healthy both physically and mentally is important," he noted. "Not long ago, a nursing home from the southern city of Guangzhou came to visit and purchased several toys. That's a good sign."