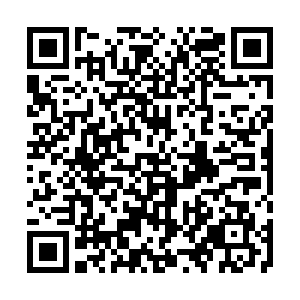 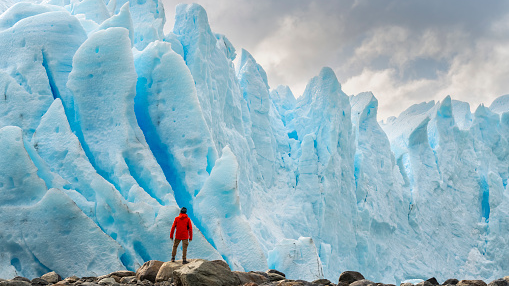 Editor's note: Oussama Mezoui is the president and CEO of the non-profit PAUSA. He has contributed to Foreign Policy, Newsweek and OZY. The article reflects the author's views and not necessarily those of CGTN.

Climate change is often discussed by environmental campaigners or renewable energy investors as a future threat or long-term business opportunity. The reality is that climate change is costing lives right now, and is a humanitarian crisis as well as an environmental one. It's time we all started treating it as such, to increase the speed of policy changes in this crucial area. We need to stop measuring environmental catastrophe in degrees and start measuring it in lives lost.

Whether the earth becomes one degree hotter means very little to the average person, but what an extra degree actually means is environmental chaos, lives in danger and families uprooted.

People are dying at the hands of climate change right now and yet we hear very little about the climate body count. Approximately 250,000 additional deaths will be caused by climate change per year between 2030 and 2050, according to the World Health Organization.

Climate change is criminally underreported as a cause of human suffering. Every day we are confronted with the horror of the coronavirus pandemic by 24-hour news coverage and a grim daily death counter – should we do the same for the climate?

Given this context, almost half of Americans don't think that climate change will affect them. This view is also due to political influence, with Trump and some other leaders calling it a hoax. It has taken Biden's electoral success for the U.S. to recommit to the Paris Climate Agreement.

This is despite the crisis being on America's doorstep. Wildfires now rage through California on a yearly basis, forcing Americans to become displaced in their own country. In the UK, climate change has increased the risk of dangerous flooding significantly.

The climate-humanitarian crisis is both direct and indirect: Behind some of the world's most horrific, seemingly man-made disasters there is increasing speculation that the hidden hand of climate change plays a part. The tale of the Syrian civil war is rightly thought of as the massacre of hundreds of thousands of civilians by a ruthless dictator. Yet this truth possibly masks the role that global warming has played in the background. There is speculation that a catastrophic drought in the region, made worse by climate change, was to blame for accelerating the conflict.

The link between weather and war is not just limited to the Syrian conflict; wider studies have shown that rises in temperature can lead to rises in conflict. If we were regularly told that climate change can start and sustain wars, perhaps many of us would see it as more of a priority. It isn't just about school kids in Europe going on strike for their future; it is about school kids in the Middle East and elsewhere being robbed of their present.

The unfortunate reality is that if there is a human tragedy, the chances are climate change is playing some role in exacerbating it.

This also applies to pandemics. We know that the destruction of animal habitats forces animals to migrate; humans then come into contact with animals they otherwise wouldn't. This leads to the spread of novel pathogens, and increases the chance of a pandemic taking over the world now and in the future.

More directly and undeniably, environmental chaos is linked to poverty and food insecurity. Drought and extreme weather ravage through poor countries in particular, leaving millions to starve in their wake. A World Bank study finds that in the next decade, an estimated 100 million people could be forced into extreme poverty due to climate change.

Climate change is therefore clearly a humanitarian issue and we must present it as such so that it has the required impact and influences policy shifts based on popular concern. In the same way that telling the story of Alan Kurdi transformed the immigration debate into one of empathy, we must tell the same tragic stories to end our collective environmental damage.

Rather than seeing themselves as pursuing separate causes, environmental campaigners and humanitarian charities must work together to drive the immediacy of the climate crisis home to the public. That cooperation is essential if we are to tackle the humanitarian cost of global warming in a way that is sustainable and doesn't create more harm than good.