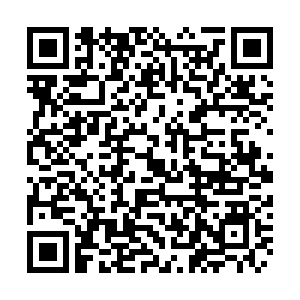 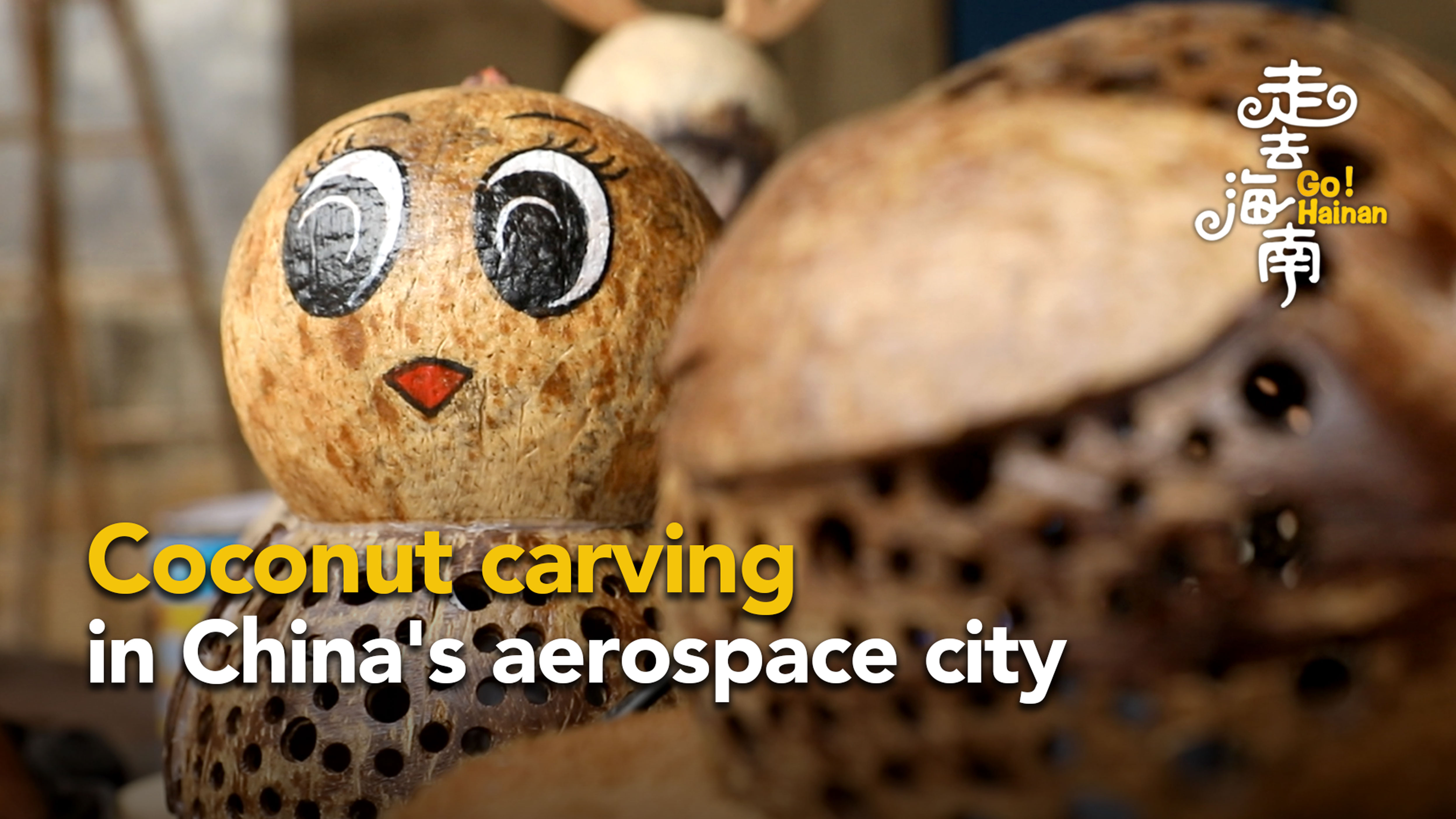 Surrounded by sprawling coconut plantations and pristine beaches, life in Longlou, a township of Wenchang City in southern China's island province of Hainan, is slow and quiet.

In the last 10 years, things have started to change in Longlou, home to the Wenchang Spacecraft Launch Site. Since 2009, this sleepy town comes to life when tourists and space enthusiasts throng along nearby beaches to watch rockets blast off. 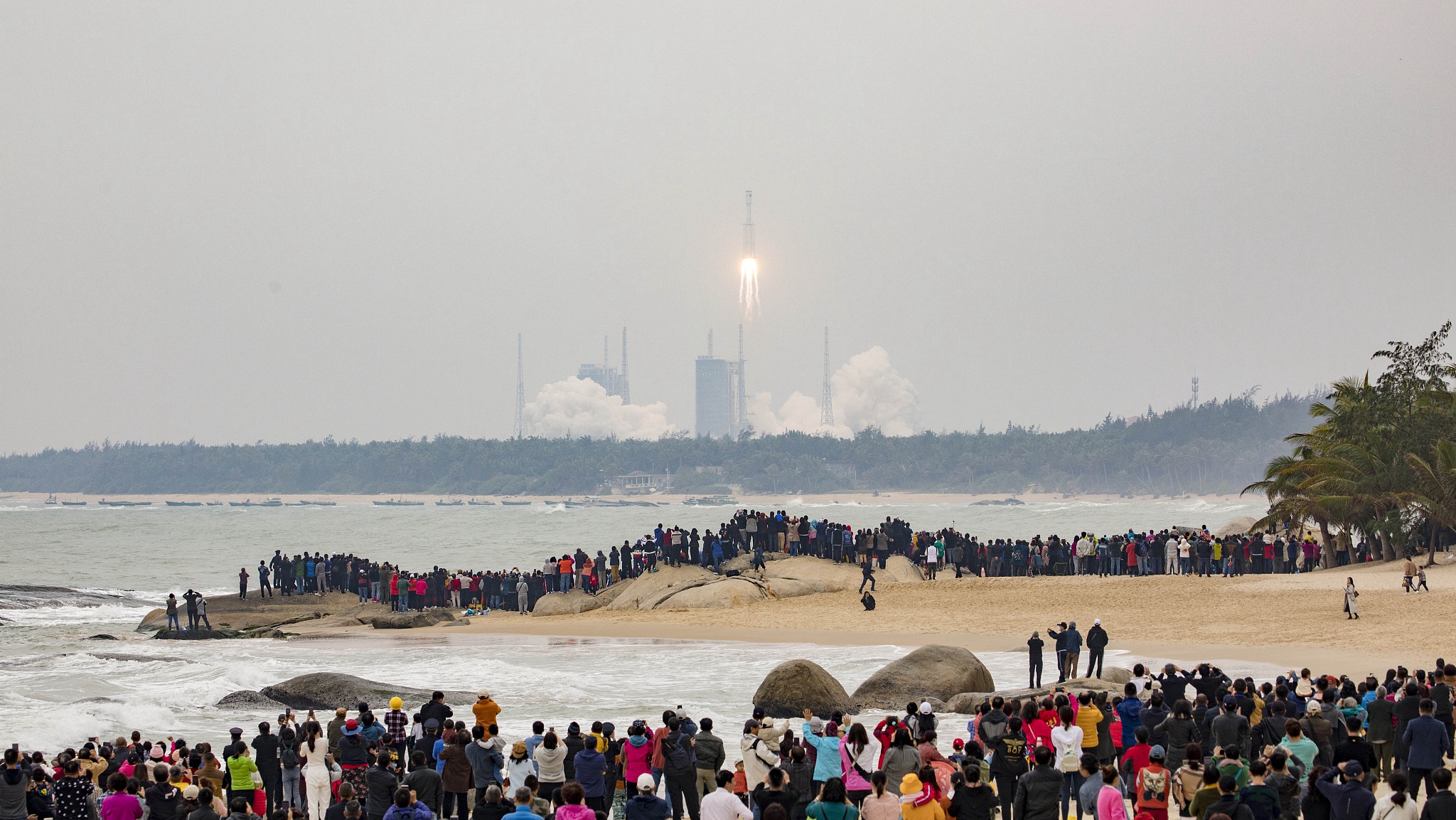 A few kilometers from the launch site, local farmers in Honghai Village of Longlou have found a way to cash in on their hometown's newfound fame with the one thing it has always been famous for – coconuts.

Before China's space program put Wenchang on the map, it was known as the "home of coconuts" with a rich culture centered on the tropical fruit, which grows abundantly in the area.

At the Honghai Coconut Carving Farmers' Co-op, a small workshop converted from an abandoned farmhouse, local artist Wang Feihai has been leading a group of some 30 villagers to make traditional handicrafts out of coconut wood and shells, known as coconut carvings. 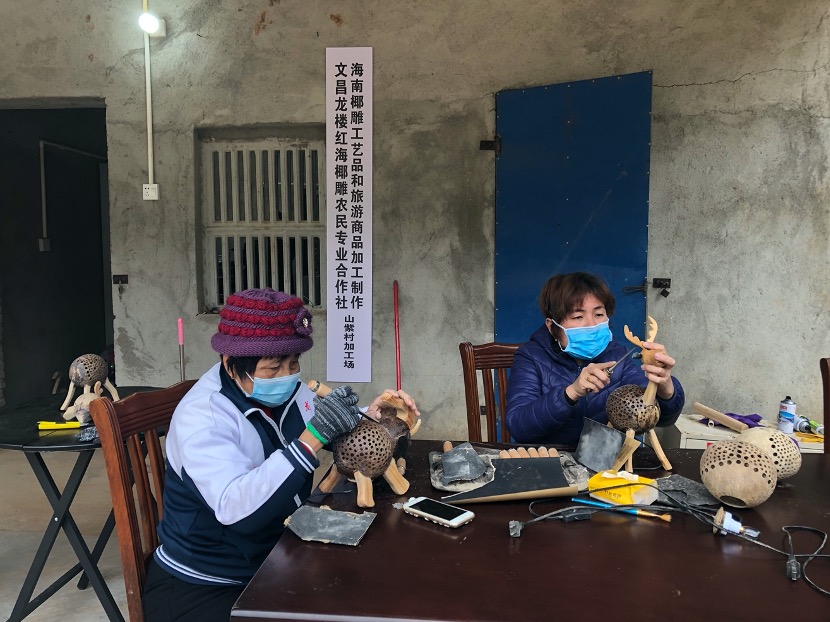 The co-op was the brainchild of Zhu Hongwen, the team leader of rural work in Honghai Village. When he arrived in 2019, Zhu quickly noticed a disconnect between Longlou's booming tourism and the rural community.

"Many farmers stopped working after their lands were expropriated for construction. People here would even make jokes about girls marrying into the village because it is poor," he told CGTN.

Most of the villagers are left-behind seniors, who don't have other skills or education to get employed elsewhere, Zhu said. After thoroughly surveying the village, he took a keen interest in coconut carving.

"Coconut carving is characteristic of Wenchang and eco-friendly. The idea is to help the farmers benefit from space tourism and earn a living at their doorsteps," Zhu said. With help from local artisans, the coconut carving co-op came into being in December 2019.

From its conception, the initiative has been met with doubts and resistance from some old-fashioned local officials, who don't see the point in such a time-consuming endeavor. "They think that after I leave the village in a few years, no one will care," Zhu said.

But Hu Hele, Party secretary of the village committee, took Zhu's side. "It is flexible work which the farmers can do in their free time," Hu said, pointing at two women at work, who had been polishing some lampshades. Both women are from low-income families, and now they each can earn at least 1,000 yuan more a month after joining the co-op, Hu told CGTN.

Besides this, Hu believes this time-honored craft is something the villagers will easily warm to because of their natural affinity with coconuts. "Coconut is our culture. We want to promote our culture," he said. 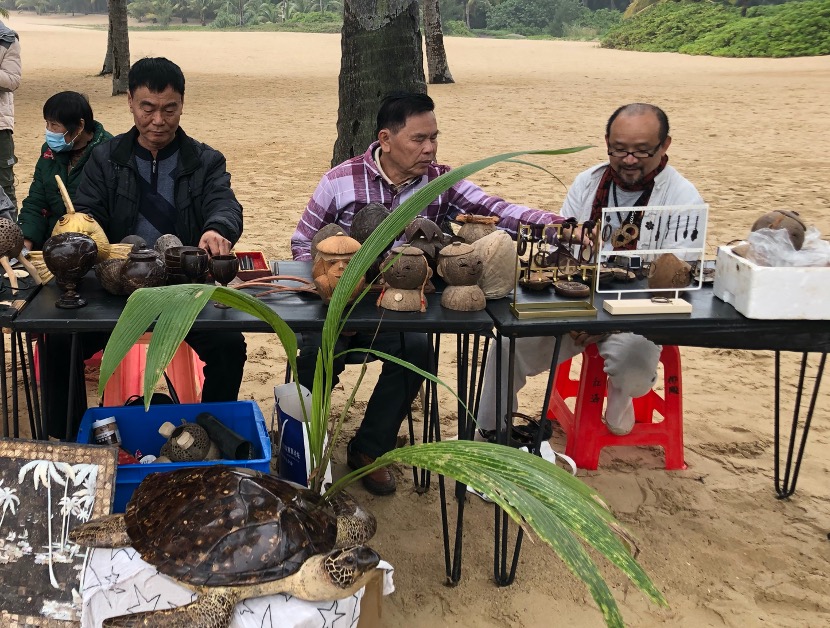 Renowned coconut carving artisan Fu Shiqiong (C) and his proteges showcase some of their creations at a beach in Wenchang, Hainan Province, January 20, 2021. Zhou Minxi/CGTN

Renowned coconut carving artisan Fu Shiqiong (C) and his proteges showcase some of their creations at a beach in Wenchang, Hainan Province, January 20, 2021. Zhou Minxi/CGTN

At the Wenchang Coconut Carving Exhibition Center, exquisite works from renowned artisan Fu Shiqiong, the province's only inheritor of the artistry, are on display for visitors to learn about the natives' love for all things coconut. Fu's proteges, a handful in number including Wang Feihai, have been on a mission to pass down the skills.

Wang returned to the village in 2010 after living over 20 years in southern China's Guangdong Province, where he attended art school. After Wenchang became synonymous with China's aerospace city, Wang saw the opportunity of a lifetime to be a part of his hometown's development. 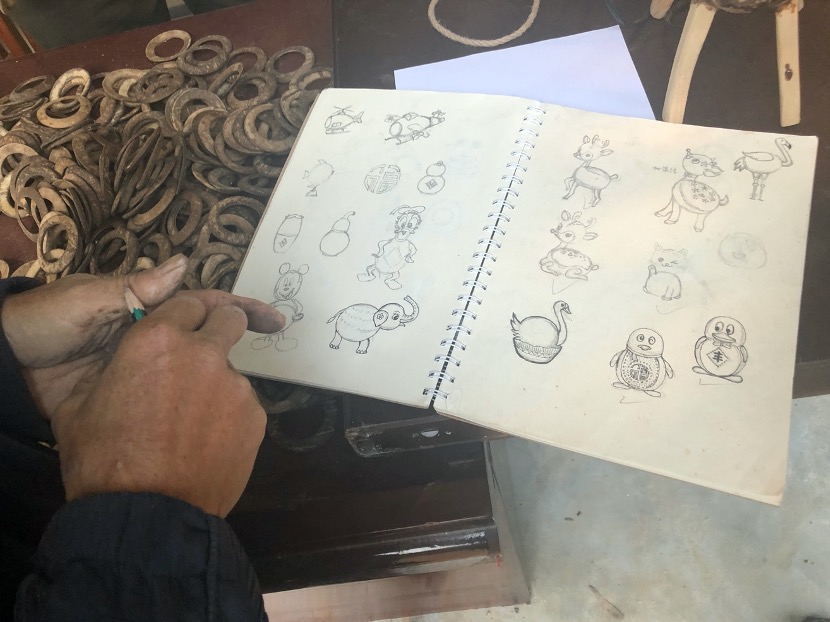 Wang Feihai shows some of his designs in a sketchbook, January 19, 2021. Zhou Minxi/CGTN

Wang Feihai shows some of his designs in a sketchbook, January 19, 2021. Zhou Minxi/CGTN

"We hope to use this handicraft to contribute to the rural economy. In this way, we can put our craft to good use," Wang said, painstakingly adding the finishing touch to a souvenir through a pair of reading glasses.

The co-op has so far organized three training sessions for beginners, while experienced artists draw up some simple designs that ordinary villagers can try their hands at. The cut-out lamps Wang designed have been a success story, after a Thailand-based client saw the samples via Zhu's Douyin account and reached out for a purchase.

Encouraged by their first overseas order, Zhu has enlisted the help of social media-savvy college students, who visit the village regularly to promote local products via livestreaming. Wang, on the other hand, is not too excited about the exposure just yet. The artist is adamant that every carving is entirely handmade, and worried that too much too soon could result in lower quality. 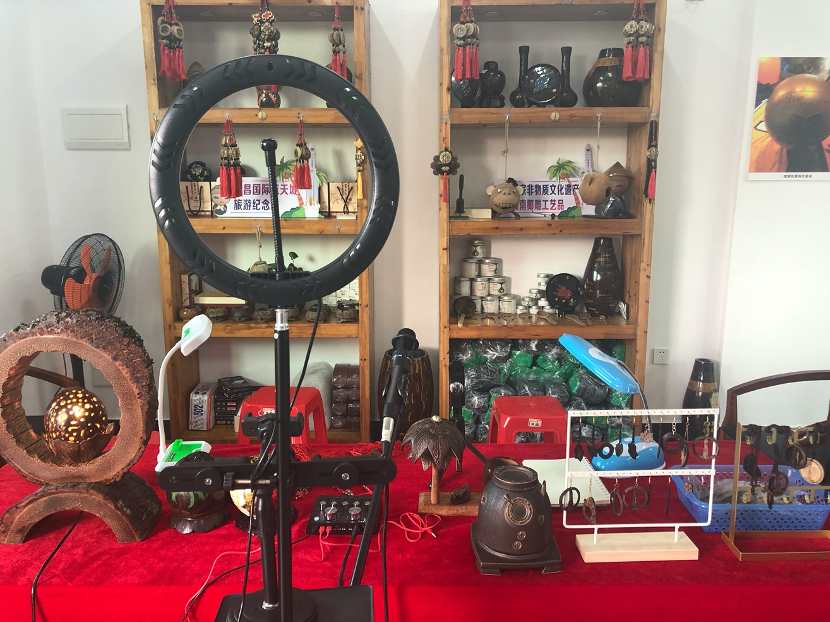 One thing both men agree is that the craft needs more young people – few still live in the village these days. Now at age 53, and suffering from a long illness which requires regular trips to the hospital, Wang said his hope is that young people and college art majors will bring fresh ideas to the craft and broaden the appeal of coconut carvings. "I hope more ordinary families will like the products," he said.

"Young people have modern ways of thinking. At the end of the day, cultural inheritance depends on the next generation," Zhu said.

At least for now, the rural communities inhabiting this land of coconuts and spacecraft have a culture to show for it.