Download
Who are the Trump officials sanctioned by China?
Li Ruikang 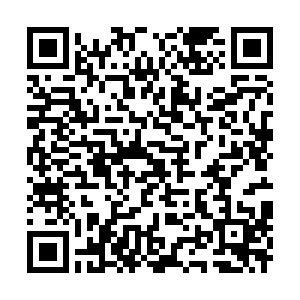 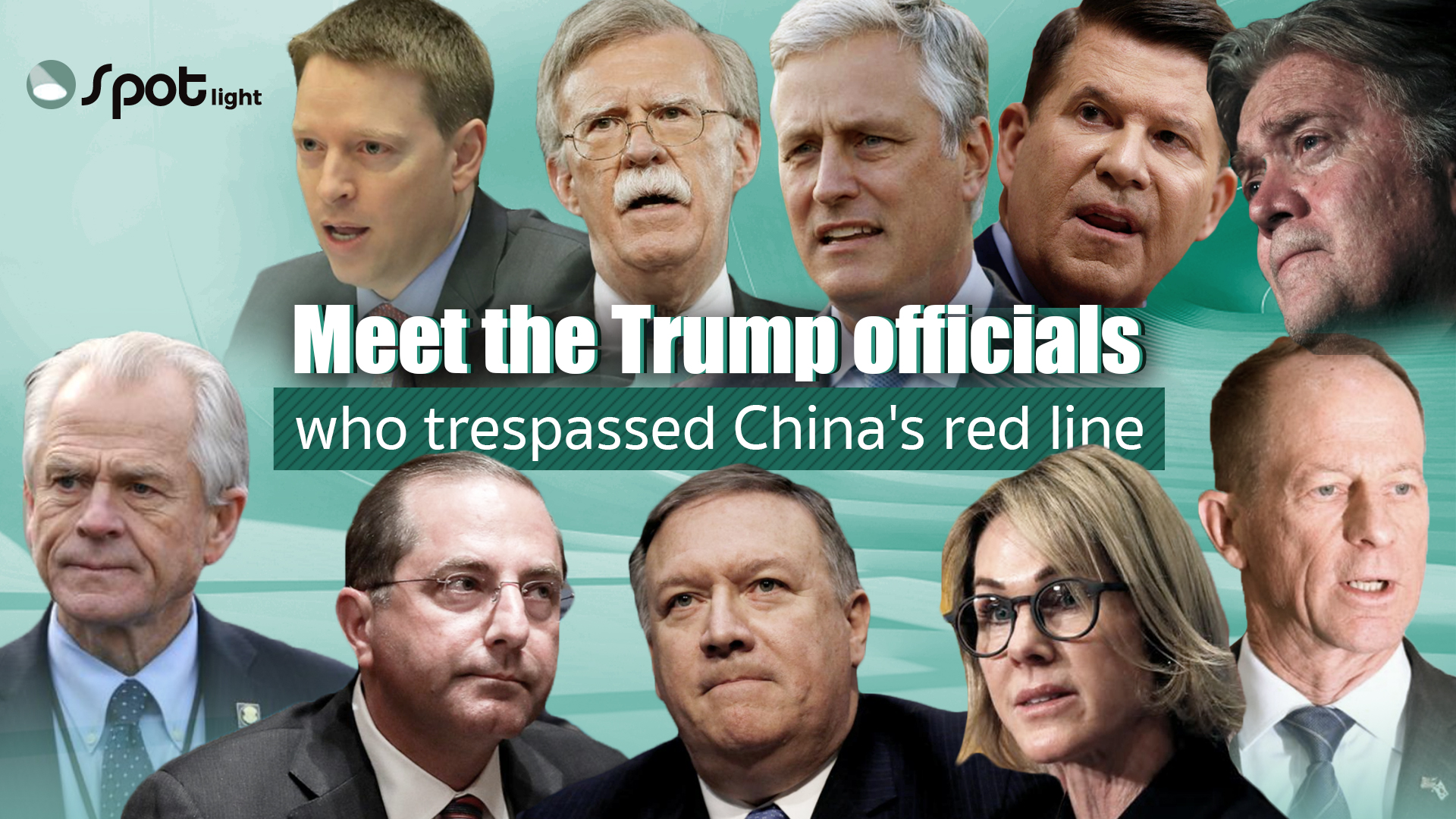 Hours after Trump left the White House, China announced its decision to sanction 28 U.S. officials for violating Chinese sovereignty. These names, with each contributing to the fast-deteriorating bilateral relations, have perfectly embodied the previous administration's unremitting multifaceted deterrence campaign against China. The following 10 officials are the ones having most profoundly trespassed China's red line.

Pompeo is not only the most senior official on the sanction list but probably also the one most "deserving." Sitting at the top of the anti-China cadre, the former secretary of state has gone out of his way to defame the Chinese government. His efforts have been countless, far-reaching and all-encompassing, demonstrating the profound levels of hostility by which the United States is pushing against China. Pompeo has championed the effort to insert China's name into the COVID-19 pandemic by using racist phrases when referring to it, whipped up animosity against China in his tours around the world and stepped up security cooperation with Taiwan to openly defy the One-China principle.

Navarro spearheaded those who support an aggressive stance toward China on trade. While his views on China represent a sharp break away from mainstream economics, they were fully embraced by the Trump administration. As Trump's trade advisor, Navarro helped unleash a barrage of tariffs on Chinese goods and set the U.S. on a ceaseless collision course with Beijing. The economist also stuck his nose in the coronavirus blame game, suggesting without evidence it may have been intentionally created by the Chinese government. 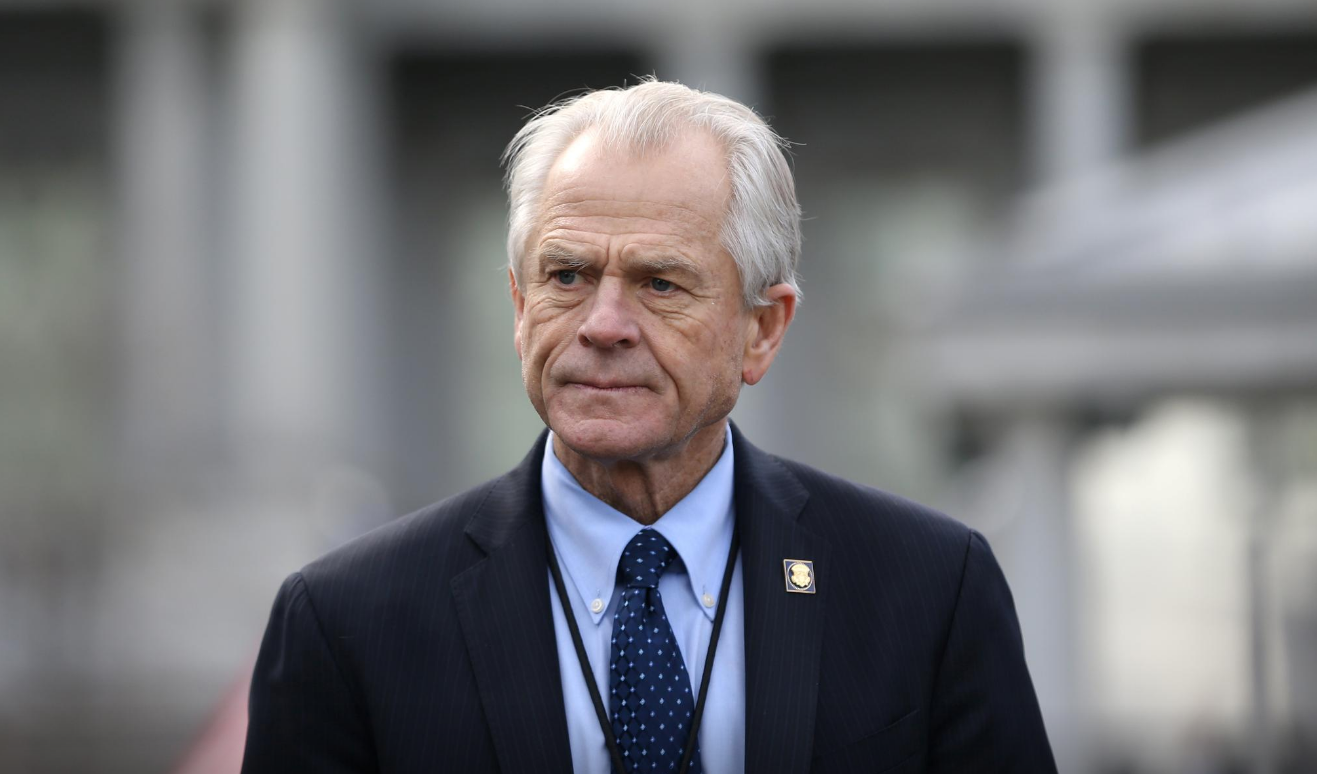 White House trade adviser Peter Navarro listens to a news conference about a presidential executive order relating to military veterans outside of the West Wing of the White House in Washington, U.S., March 4, 2019. /Reuters

White House trade adviser Peter Navarro listens to a news conference about a presidential executive order relating to military veterans outside of the West Wing of the White House in Washington, U.S., March 4, 2019. /Reuters

The well-known Republican hawk was the toughest on China when he served as the national security advisor to Trump. A polarizing figure in foreign policy circles, Bolton wanted to entirely reshape previous administrations' China approach and many believed he would go as far as to risk a military conflict to achieve his goals. From the South China Sea to Africa, beneath the surface of almost all of Washington's increasingly confrontational rhetoric were Bolton's fingerprints. Though Bolton eventually turned against Trump, he succeeded in translating some of his ideas into White House policy as the China-U.S. relations have been pushed to their lowest point in decades.

As the one who succeeded Bolton, O'Brian did not make a radical departure from his predecessor. What the two had in common was their propensity to portray China in rhetoric that's reflective of a cold war mentality. Before 2020 drew to a close, O'Brian made high-profile visits to Vietnam and the Philippines, which was viewed by China as an attempt to stir up trouble and provoke rifts between neighbors over the South China Sea and Mekong River.

Bannon was one of the key figures that pushed for a "media war on China" within Trump's circle. After resigning from office in August 2017, the former White House strategist has not stopped his attacks on Beijing and continued dedicating himself to a prolonged defamation campaign. Teaming up with Chinese billionaire fugitive Guo Wengui, Bannon has orchestrated a series of events promoting conspiracy theories about the origin of COVID-19, injecting false information into far right media circles that cemented hostility against China. 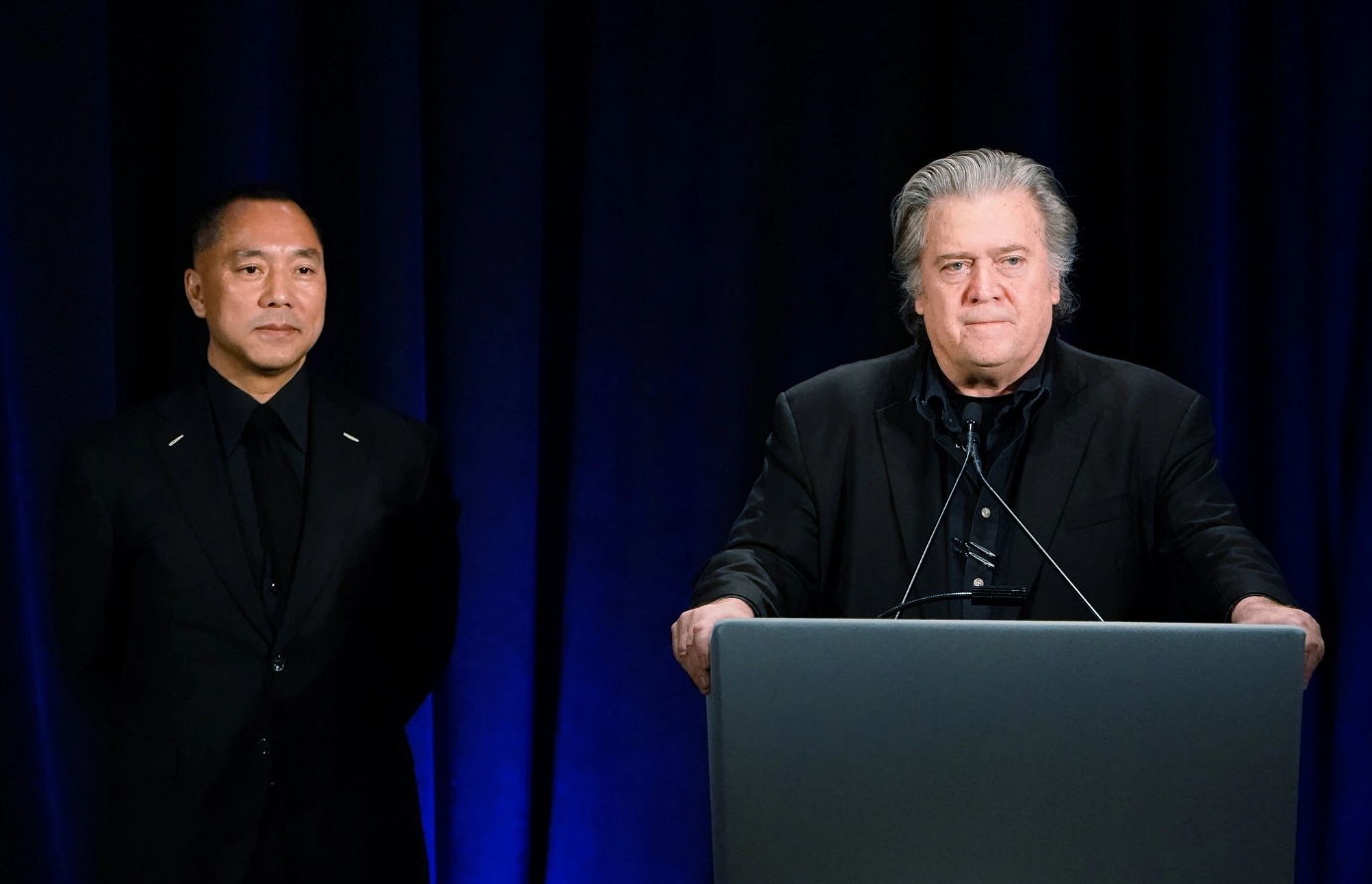 Azar, Krach and Craft have well demonstrated the Trump administration's approach towards Taiwan by venturing deep into the uncharted territory to provoke Beijing. In what's considered a brazen violation of Washington's long-held One-China policy, the three have either visited or planned to visit the province. In August, then Secretary of Health and Human Services Azar became the highest-level U.S. official to visit Taiwan in decades. Then Under Secretary of State, Krach, an active supporter of the TikTok ban, followed Azar's footsteps just over a month later. As for Craft, the former U.S. ambassador to the United Nations who has been ceaselessly picking Beijing's thorns, her planned visit this month was cancelled and got replaced with a virtual meeting with Taiwan regional leader Tsai Ing-wen.

During his term, the assistant secretary for East Asian and Pacific Affairs has passionately inserted himself into the effort to delegitimize China's sovereign claims. He described Beijing's legitimate rights in the South China Sea as "illegal claims" and danced around using sanctions to rein in "expansionist China."

Pottinger was one of the chief architects of Trump's China strategy. Over the last four years, he has made serious efforts in steering the administration towards a more confrontational approach with Beijing. In public speeches, the deputy national security advisor accused China of "collecting data on citizens around the world," branded the Chinese government as a "totalitarian regime" and personally attacked Chinese President Xi Jinping.