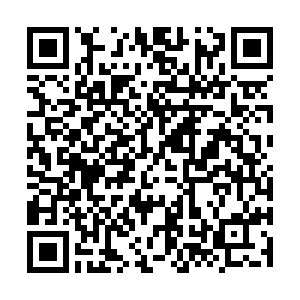 A German minister on Monday defended the China-EU investment agreement at the World Economic Forum (WEF) Virtual Event of the Davos Agenda, saying it was not a "mistake" and would create a level playing field.

Asked by CNBC whether the China-EU investment agreement was a "tactical mistake" made by the European Union (EU), German Minister for Economic Affairs and Energy Peter Altmaier replied that he thinks it was not.

The deal duplicates "a lot of the arrangements that the United States already has with China," Altmaier said, adding "It's about creating a level playing field."

"I'm confident that we can develop and negotiate and sign more similar agreements worldwide, and that the United States will also follow this path, and then negotiate with other countries worldwide," he added.

China and the European Union reached the comprehensive bilateral investment pact in December 2020 after 7 years of negotiations. A Chinese official said the treaty would open markets in Europe and China to each other's investors much wider.

"Whatever terms that will be settled in the China-EU agreement, we could apply to other countries as well," said Fang Xinghai, vice chairman of the China Securities Regulatory Commission, in an earlier interview with CGTN.

The EU also praised the deal, with European Commission President Ursula von der Leyen describing the agreement as an important landmark in EU's relationship with China and for its "values-based trade agenda."

Altmaier underlined that "we need to rely more on open markets and multilateralism."

"We're in a critical situation with a recession worldwide, and poorer countries are suffering more," he said. "We have learned lessons from the banking crisis, and were able to re-establish supply chains."

"The question is how can we encourage economic growth despite the ongoing pandemic, without further distortion of level playing fields," he reiterated.

More than 2,000 business, government and civil society leaders and 25 heads of state or government meet virtually for the WEF Davos Agenda this week to tackle the fallout from the COVID-19 pandemic and address the urgent need for global cooperation.