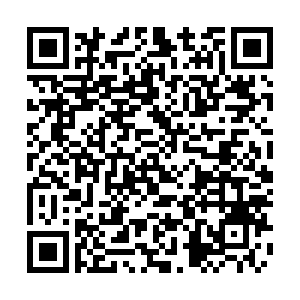 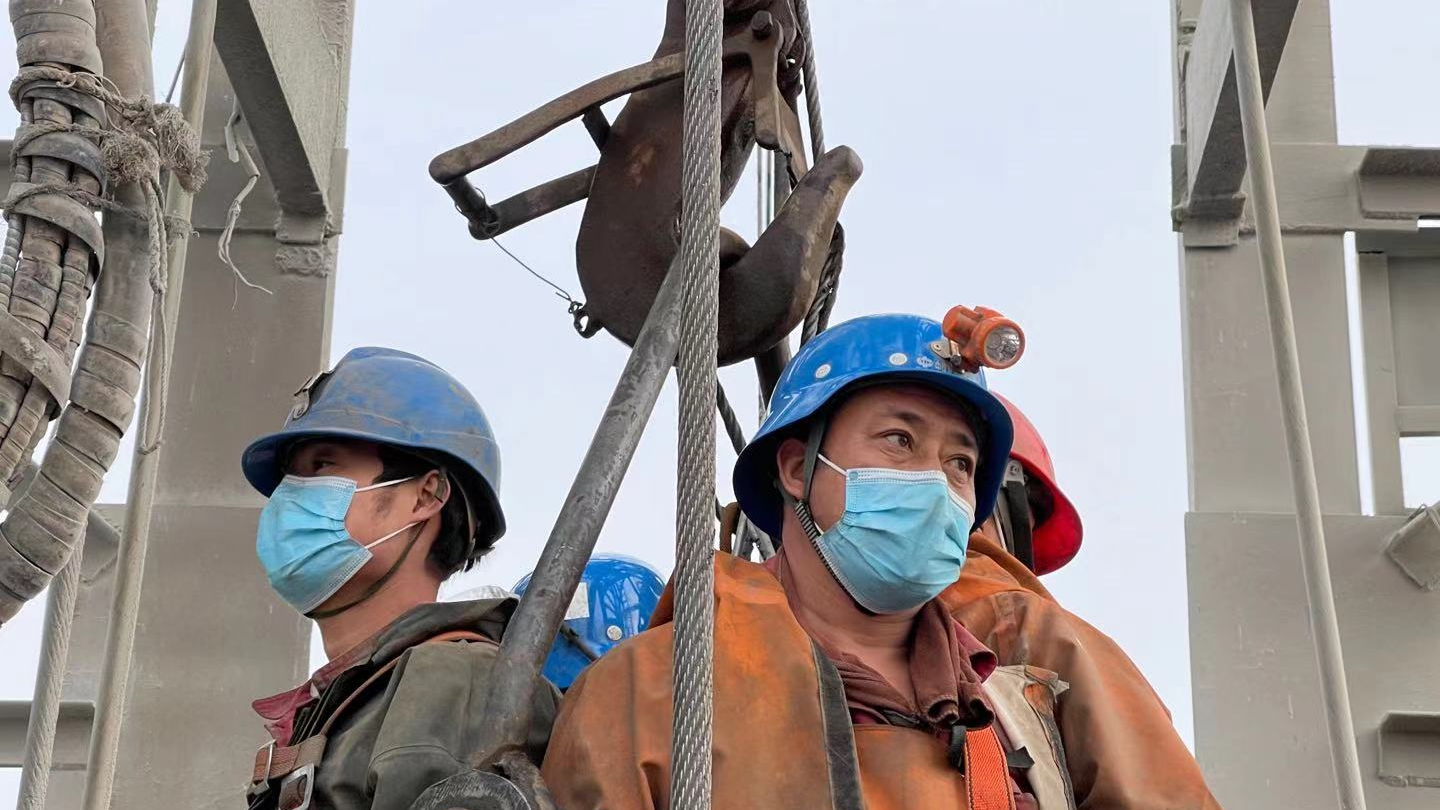 More than two weeks have passed since two blasts rocked the Hushan gold mine in Qixia City of east China's Shandong Province. Twenty-two miners were trapped underground when the accident occurred on January 10. So far, 11 of them have been rescued, 10 have died, and one remains missing.

On Monday afternoon, local departments convened a press briefing which gave more details about the two-week rescue mission, its difficulties, as well as its future plan. The briefing started off with a one-minute silence to pay tribute to the deceased miners.

"The search above the bottom level of the mine is basically completed. But there exists a large amount of water on the bottom level. It has made our rescue work very difficult. We will not give up until we find the last missing one," said Chen Fei, deputy commander-in-chief of the rescue operation, in his opening statement. 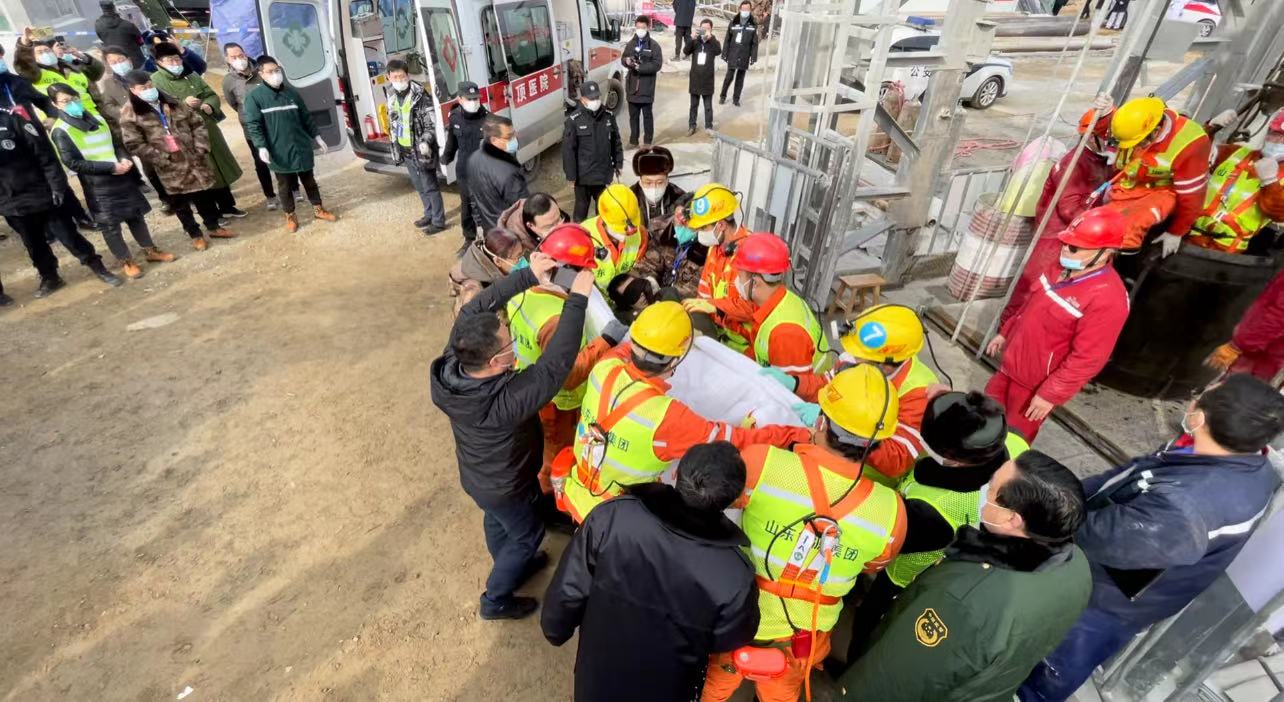 Chen, also the mayor of Qixia City, said that in 14 days of the uninterrupted rescue operation, more than 10 rescue teams were involved, with over 400 sets of rescue equipment, and more than 600 rescue workers. "We made full use of all possible methods to win extra time," he added.

According to the official press release, the first blast happened at 1:15 p.m. local time on January 10. A second one ensued about an hour and a half later, resulting in huge amounts of debris.

Li Lei, project manager of China Coal No.5 Construction Company, oversaw the rescue process. He explained, "More than 70 percent of the obstacles were steel components, tangled in cables, wires and plastic. They were coiled together, making it extremely difficult to clean up the shaft. Moreover, we cannot use mechanical equipment, completely relying on cutting operations by hand." 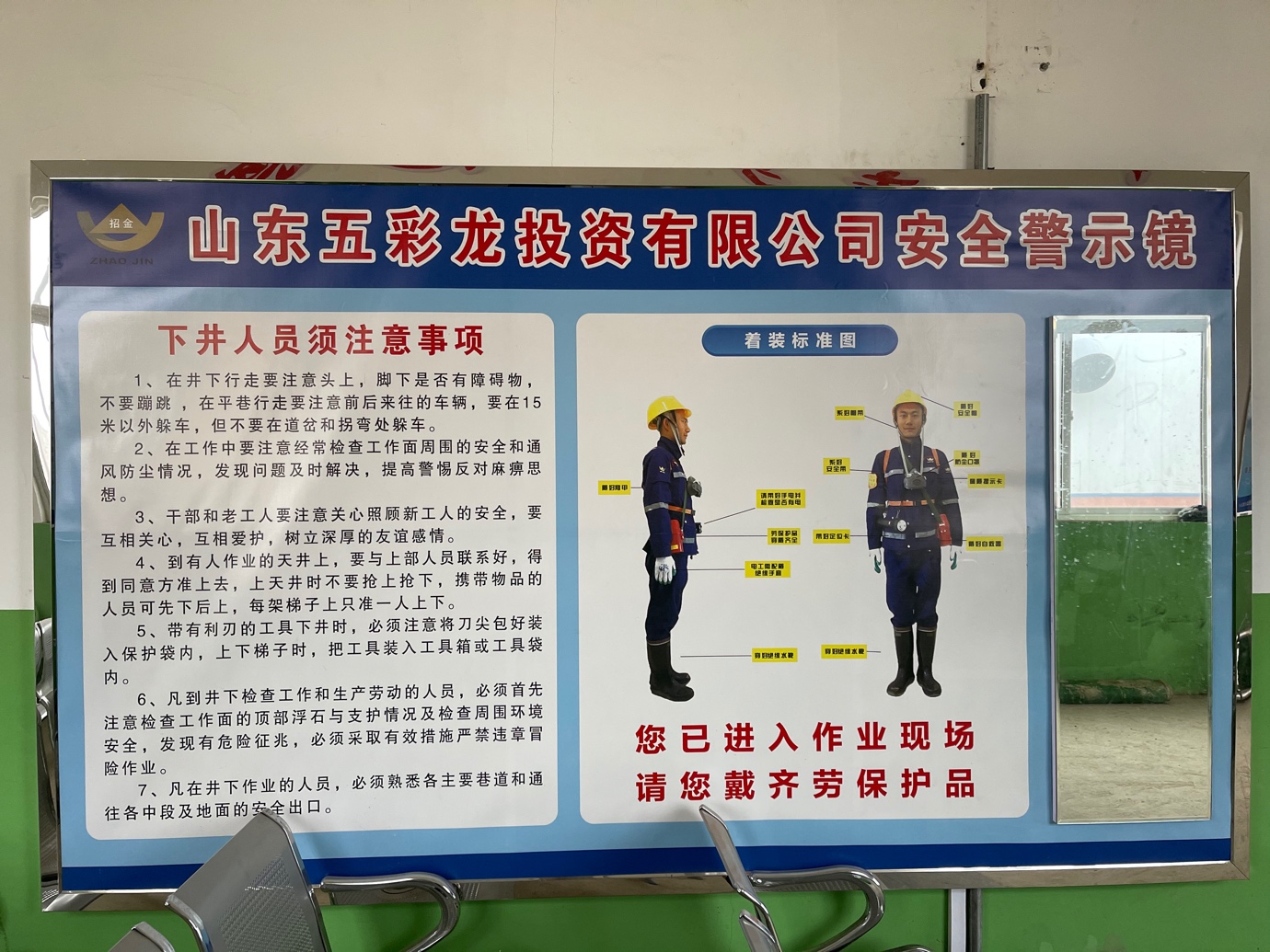 A signboard by Shandong Wucailong Investment details the things to prepare before miners go down the shaft to work, including outfits and equipment. /CGTN

A signboard by Shandong Wucailong Investment details the things to prepare before miners go down the shaft to work, including outfits and equipment. /CGTN

The bodies of nine miners, of the 10 deceased, were discovered on Monday as rescue efforts proceeded. Chen Yumin, head of on-site rescue team, said: "Five miners died at around 420 meters underground, and four at 500 meters. This indicates that they were all killed in the second explosion when they were trying to escape from the first one."

For a week, there were no signs of life after the twin blasts. One week later, rescuers felt a pull on one of the ropes they were sending down into thin shafts. A paper note was then sent up from a group of 12 surviving miners — 11 trapped at a depth of around 600 meters, and the 12th person trapped further below. Since then, contact with the 12th miner has been lost, while one in the group of 11 succumbed to head injuries. 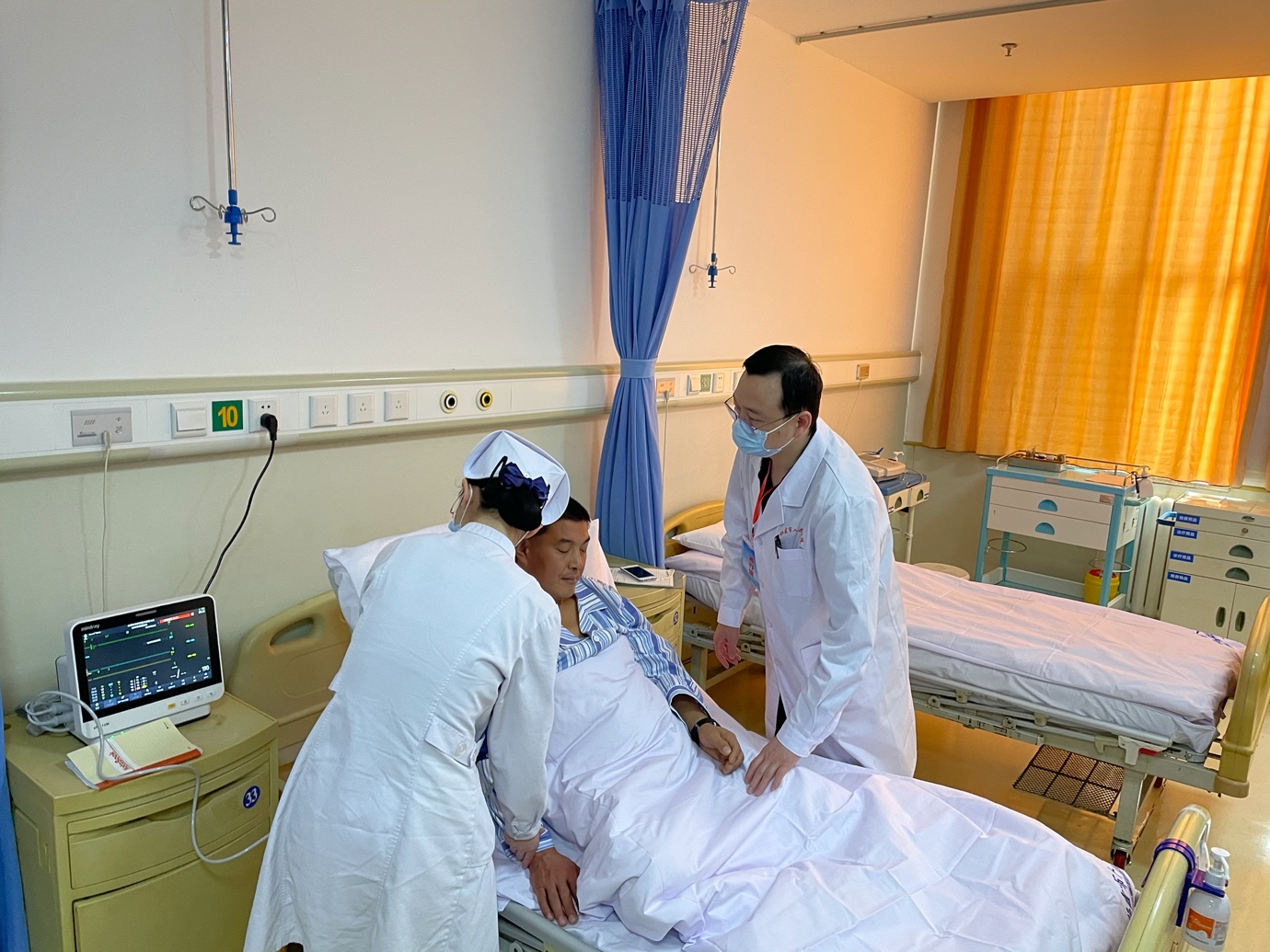 The man, surnamed Wang, is among the last ones to be lifted out of the mine. He's the one who tried to contact the rescuers by tapping on the drill pipe. /CGTN

The man, surnamed Wang, is among the last ones to be lifted out of the mine. He's the one who tried to contact the rescuers by tapping on the drill pipe. /CGTN

Now, the freed miners are recovering in local hospitals. Two of them are in poor health but out of danger. Qin Chengyong, head of the medical team, revealed a customized treatment plan. "We have assigned medical teams to the rescued miners and given them special care. We have experts to monitor their sleep, mood and psychological state, and provide counseling. They're now feeling much more secure."

The Hushan gold mine is owned by Shandong Wucailong Investment. The company started its construction work in 2016, and until now the project remains unfinished. As the investigation continues, all construction work has been suspended. 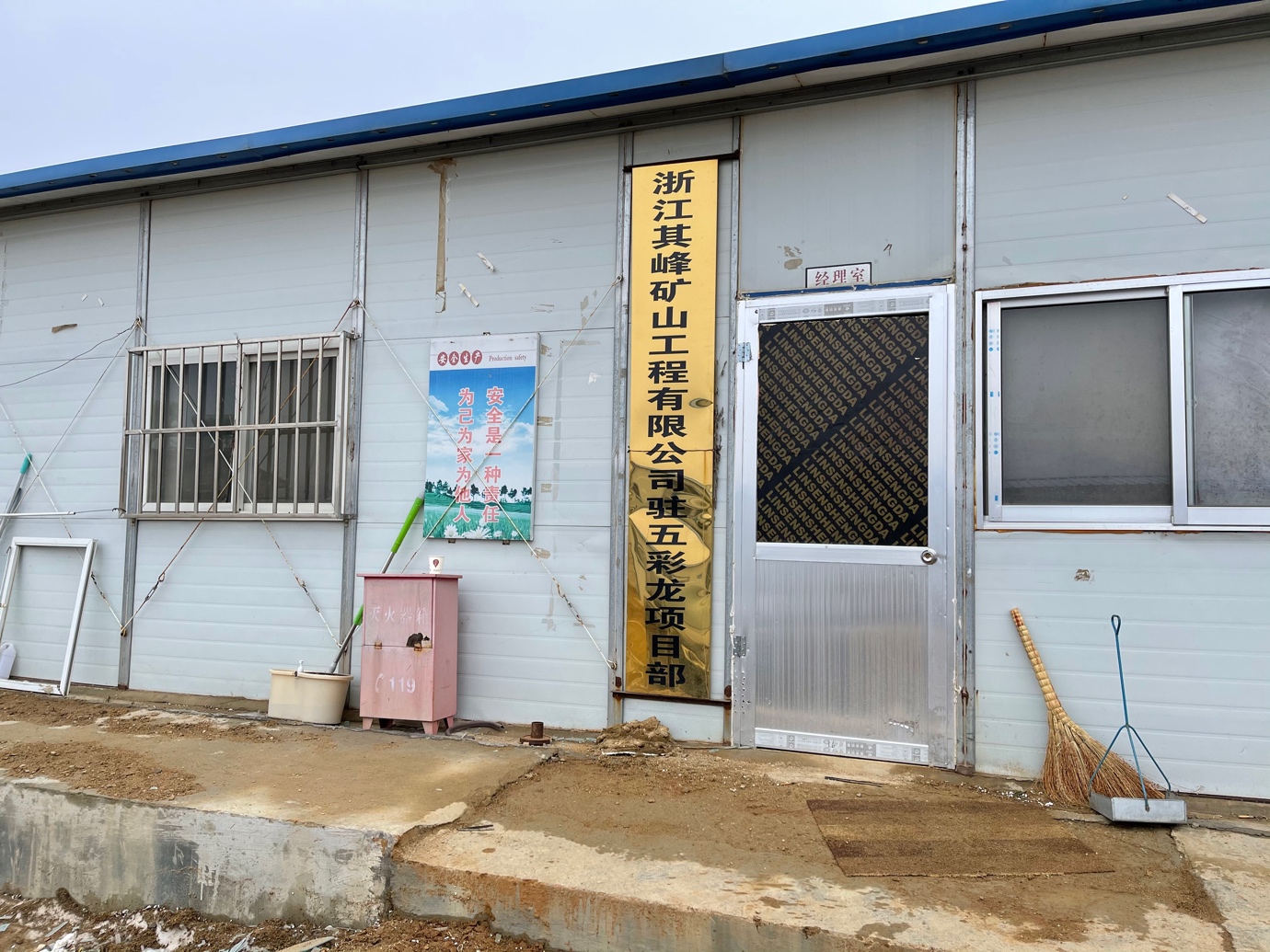 It's believed that most of the trapped miners were gig workers. /CGTN

It's believed that most of the trapped miners were gig workers. /CGTN

A worker, surnamed Li, said that the blasts might be a result of inefficient attention to regulations on detonators and explosives. So far, there's no explanation of possible causes of the blasts, but local authorities say they're working to uncover the truth, and will bring it to the public, and the families of those who went down the mine and never returned alive.