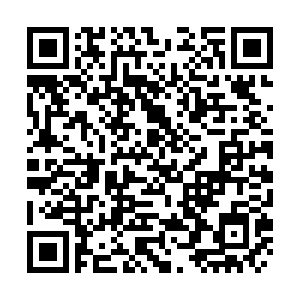 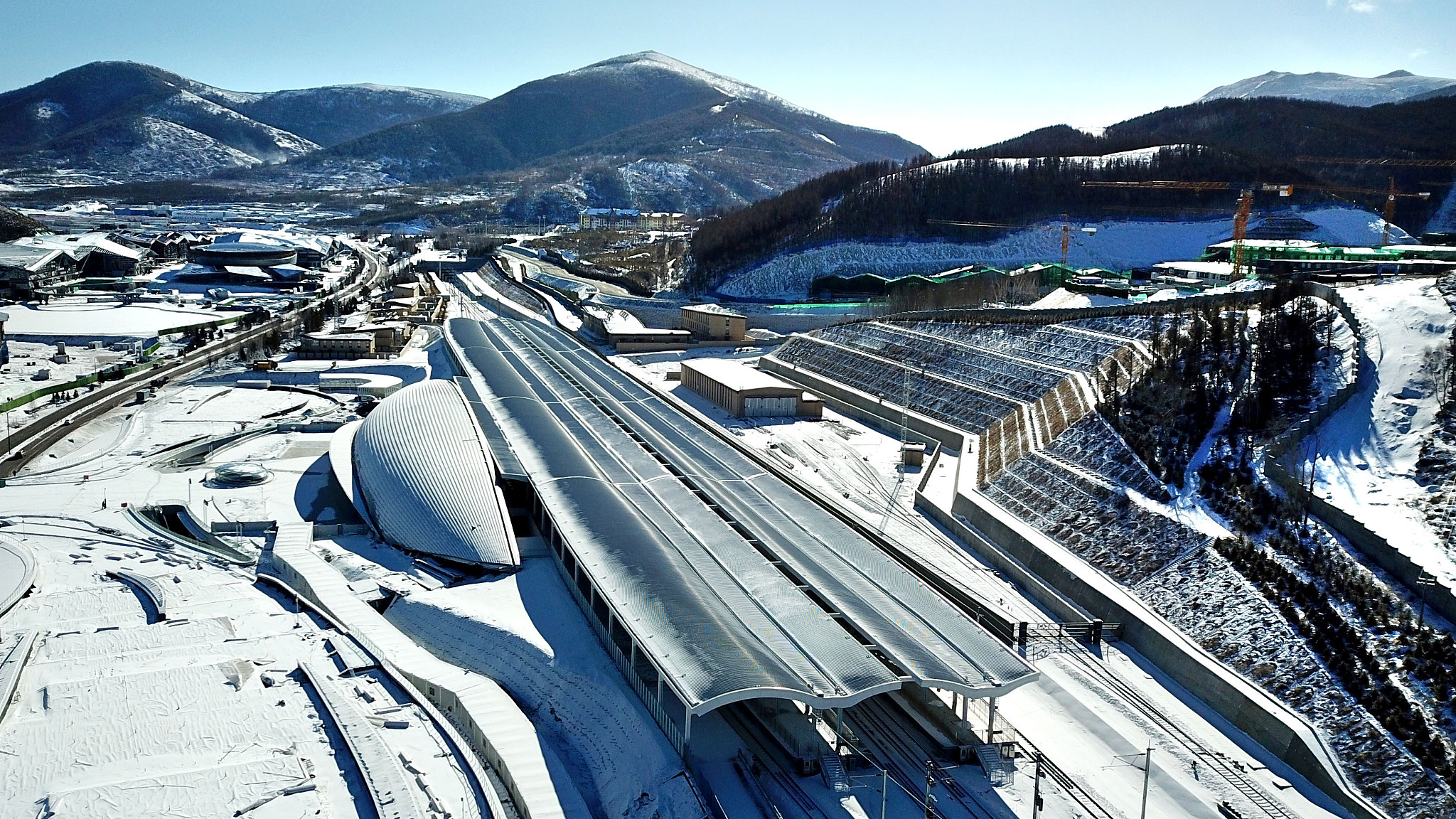 With the Beijing 2022 Winter Olympics about to hit its one-year countdown on February 4, key transportation projects have started operation to get ready for the Games.

With competitions in three competition zones that span two different cities, transportation infrastructure is a priority for connecting each competition area.

Since then, an extensive and efficient transportation network linking all competition zones gradually came into being.

Together with newly-built transfer hubs, the Olympic Villages, medical centers and other facilities, it will provide athletes, spectators and other participants at the Games and beyond a convenient experience, while injecting energy into the economy along the way.

On December 30, 2019, perhaps the most important transportation project for the Games, the Beijing-Zhangjiakou high-speed railway, connecting Beijing and its co-host city Zhangjiakou in neighboring Hebei Province, went into operation. 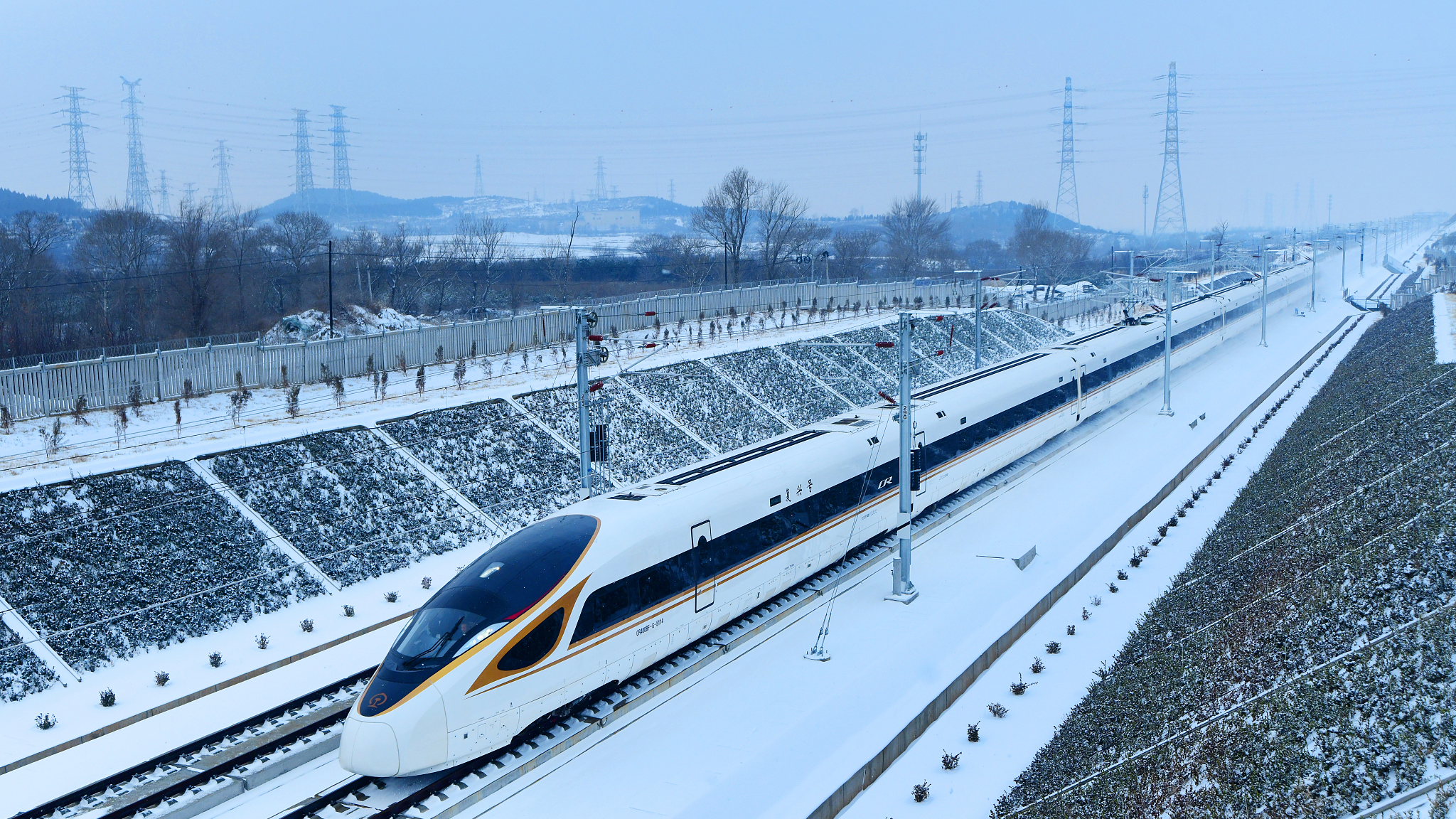 A high-speed train on the Beijing-Zhangjiakou high-speed railway, December 16, 2019. /CFP

A high-speed train on the Beijing-Zhangjiakou high-speed railway, December 16, 2019. /CFP

At that time, Chinese President Xi Jinping stressed the significance of the line, and called the opening of the line as a milestone in the preparations for the Winter Olympics, and that other related work should follow the same high standards.

The 174-kilometer-long railway line, with a maximum speed of 350 kilometers per hour, enables visitors to travel between two cities in 47 minutes, making it more convenient for winter sports fans to access the rich snow resources in the city to northwestern Beijing.

In addition to the world-leading speed, the high-speed trains running the line have also adopted new artificial intelligence technology to offer "smarter" services.

Equipped with 5G signals, wireless charging and intelligent lightning, the smart trains are the world's first autonomous high-speed trains to run at that speed.

Able to automatically start and stop, run between stations, open and close doors, as well as handling emergencies, the trains also offer e-ticket services for passengers to use their ID cards or scan QR codes for authentication.

Carrying the mission to serve the Beijing 2022, the trains also have areas specially designed for snow sports enthusiasts to place their ski equipment such as snowboards, along with a media carriage to enable journalists at the Games to work on the train.

The ice and snow elements decorate the high-speed train running on the Beijing-Zhangjiakou High-speed Railway, which serves as one of the key transportation projects for Beijing 2022 Olympics. /Xinhua

The ice and snow elements decorate the high-speed train running on the Beijing-Zhangjiakou High-speed Railway, which serves as one of the key transportation projects for Beijing 2022 Olympics. /Xinhua

Apart from the high-speed railway project, the expressway will also play an important role in connecting the competition zones and improving the transportation between the two locations.

The Beijing-Chongli highway, which links Beijing and Zhangjiakou's Chongli District where most of the skiing events of the 2022 Winter Olympic Games will take place, was put into operation in 2019.

The expressway also connects Zhangjiakou with another competition zone, Yanqing District in Beijing. Together with the Beijing-Zhangjiakou high-speed railway, these are the two most indispensable transportation lines for the Games next year.

Yanqing as a comprehensive hub for the Games

The line shortens the travel time to half an hour from downtown Beijing to Yanqing, where alpine skiing, bobsleigh and luge competitions will be launched. 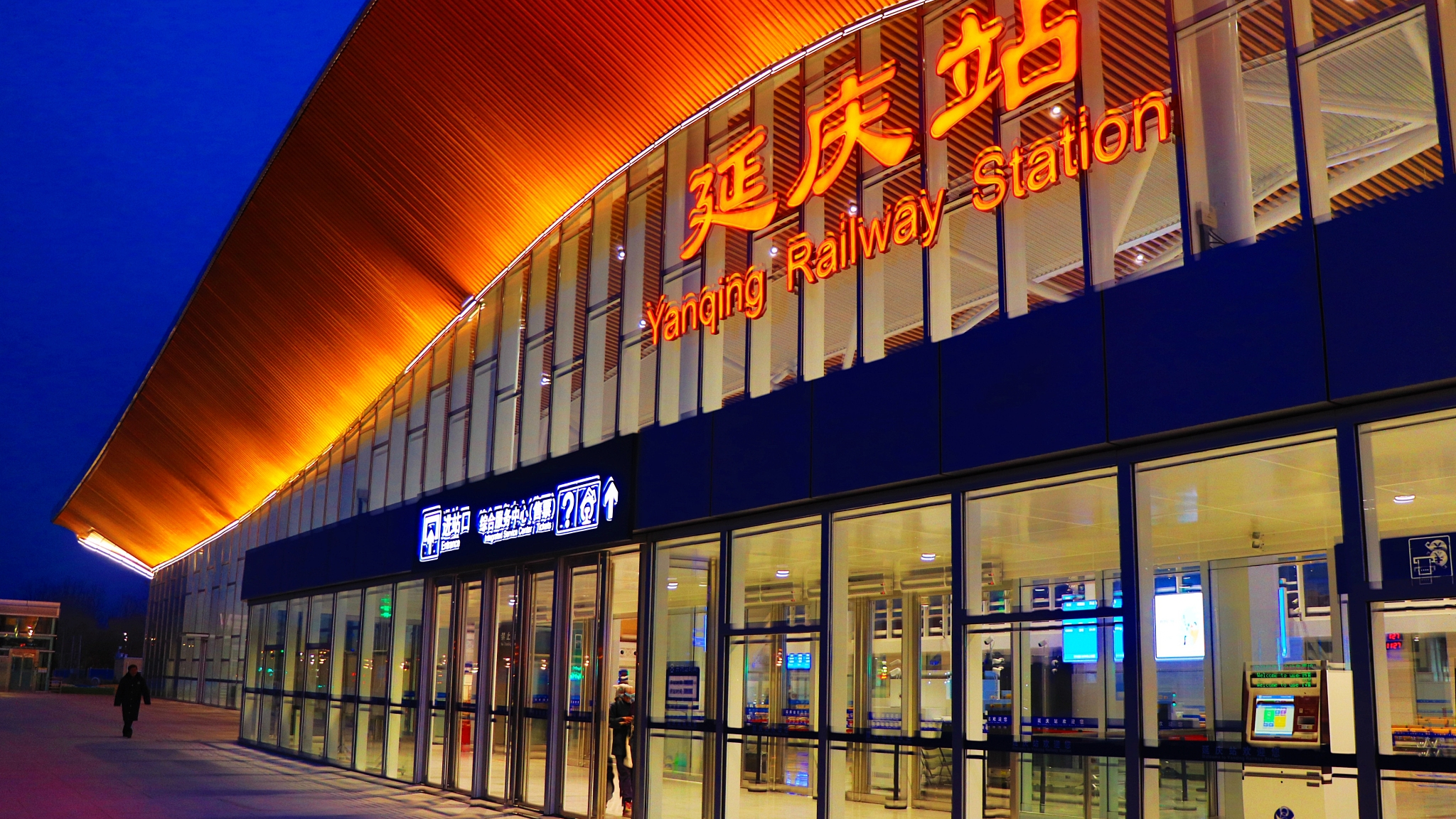 Yanqing Railway Station serves as a comprehensive transfer hub for the Yanqing competition zone during the Beijing 2022 Olympics. /CFP

Yanqing Railway Station serves as a comprehensive transfer hub for the Yanqing competition zone during the Beijing 2022 Olympics. /CFP

On January 1, 2021, the medical center for the Games in the Yanqing competition zone also opened.

Aiming to provide a high-quality one-stop medical service center for athletes, coaches and other staff of the Games, the liaison officer of the center said it takes less than 20 minutes by helicopter from the core competition area to the heliport, located at the southwest of the center.

China hopes to both host a spectacular winter sports event for the world, and to carry the vision of engaging 300 million people in winter sports across China.

The opening of the Beijing-Zhangjiakou high-speed railway together with other transportation projects is meant to provide the most conducive environment to make it happen.

With reduced travel time, it's the hope that the ice and snow industry will benefit from easier access, with both Zhangjiakou, a hot winter sports destination as well as Yanqing making the industry part of their long-term plans. 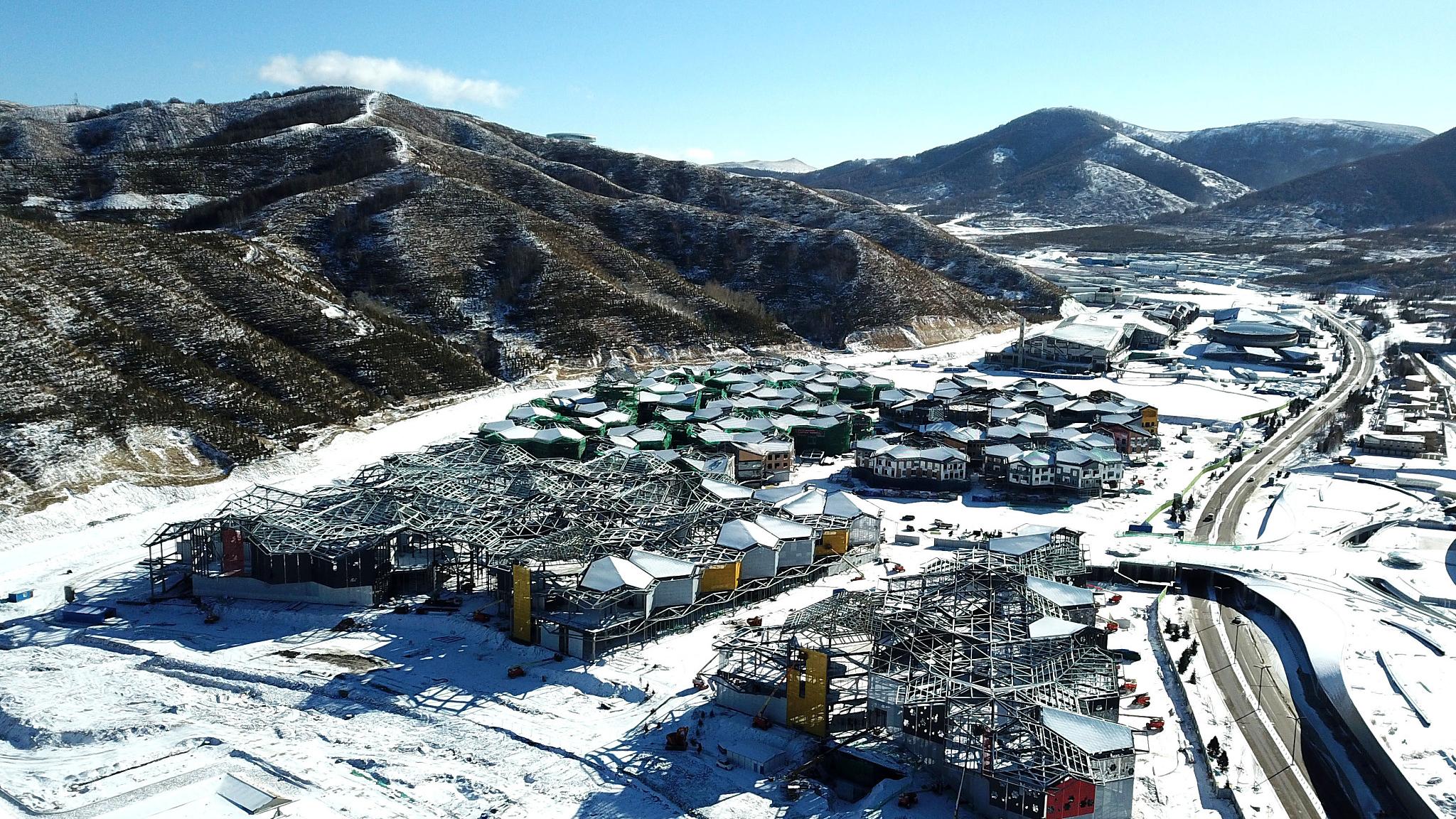 Enabled by the efficient transportation system, more people are expected to travel to both regions to get a taste of ice and snow sports, which will tremendously boost the local economy, especially the winter sports industry.

Furthermore, the Beijing 2022 transportation projects are also expected to facilitate the integrated development of Beijing, and the surrounding cities of Tianjin and Hebei and serves as a key driver of economic development for the region.

Such will be the long-lasting legacy of the Beijing Winter Olympics.

As echoed by China's short track speed skating Olympic champion Yang Yang, key transportation projects for the Games such as the Beijing-Zhangjiakou high-speed railway, will not only pave the way for a successful Beijing Winter Olympics, buy "promote China's winter sports and boost the ice and snow economy".