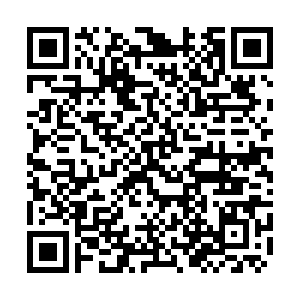 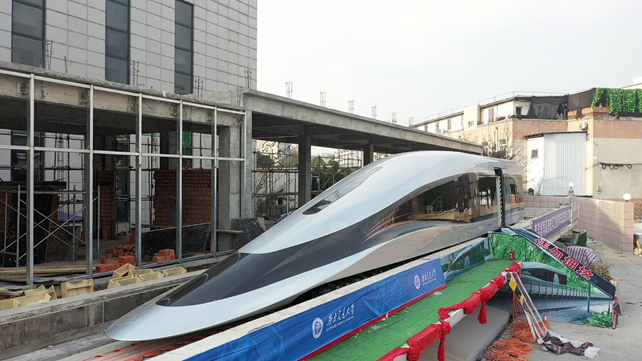 The prototype, jointly developed and built by Southwest Jiaotong University, the China Railway Group and CRRC Corporation, will create the world's fastest trains as it removes wheels from the locomotive, making friction close to zero on the track. These trains have been designed to run at a speed of 620 kilometers per hour. 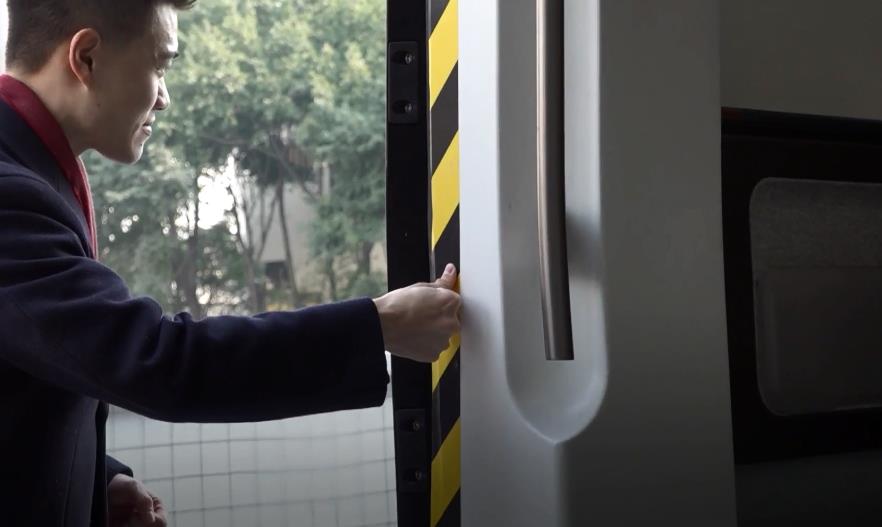 As the locomotive levitates above the track, CGTN reporter succeeds to move the 12-tonne train with just his thumb. /CGTN

As the locomotive levitates above the track, CGTN reporter succeeds to move the 12-tonne train with just his thumb. /CGTN

As well as a new world record, the demand for faster transportation is still on the rise in China, which already has the world's longest high-speed rail system.

"We want faster speeds now. China's high-speed railway can run at 350 kilometers per hour – that's very fast for a railway system. But now we want more, and that can only be achieved with maglev technology," said Jin Zhaohui, deputy dean of Jiaoda Design at Southwest Jiaotong University.

Jiaoda Design is behind realizing lab research from the university to make actual prototypes. Southwest Jiaotong University has been studying HTS maglev technology for over two decades.

"It's been 20 years in the making. In 2000, our lab developed a small prototype carrying five people using this technology. I'm thrilled to see that we are able to build this to carry so many people in 2021," said Zhang Jinkai, a graduate student from the school who has been closely working on the project.

China is not the only country working on the next-generation high-speed transportation. In fact, Japan and Germany have been leading the field.

Using the German electromagnetic suspension system, China first deployed its commercial use of the maglev train route in 2003, connecting downtown Shanghai to its Pudong International Airport. However, German technology is not able to provide speed above 600 kilometers per hour.

A leader in using superconducting maglev technology, Japan has achieved a top world speed – 602 kilometers per hour. However, an extremely low temperature of some 250 degrees Celsius below zero is required to enable the magnets to achieve the levitation. Chinese scientists have reduced the temperature requirement by almost half – using more affordable liquid nitro to cool the magnets instead of liquid hydrogen that their Japanese counterparts use.

A $9.3 million worth of investment has been pumped to commercialize China's HTS maglev prototype train possible. To be successful, the school says, they still need to build longer tracks to test the locomotive running at full speed – at least 35 kilometers in length. However, the cost for constructing routes with such technology is even higher than China's current high-speed rail – around $40 million per kilometer, almost doubling high-speed rails. The university said maintenance cost is expected to be much less.