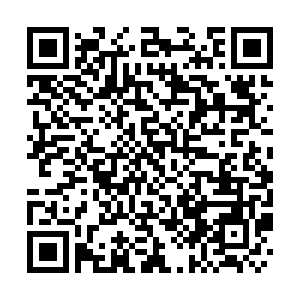 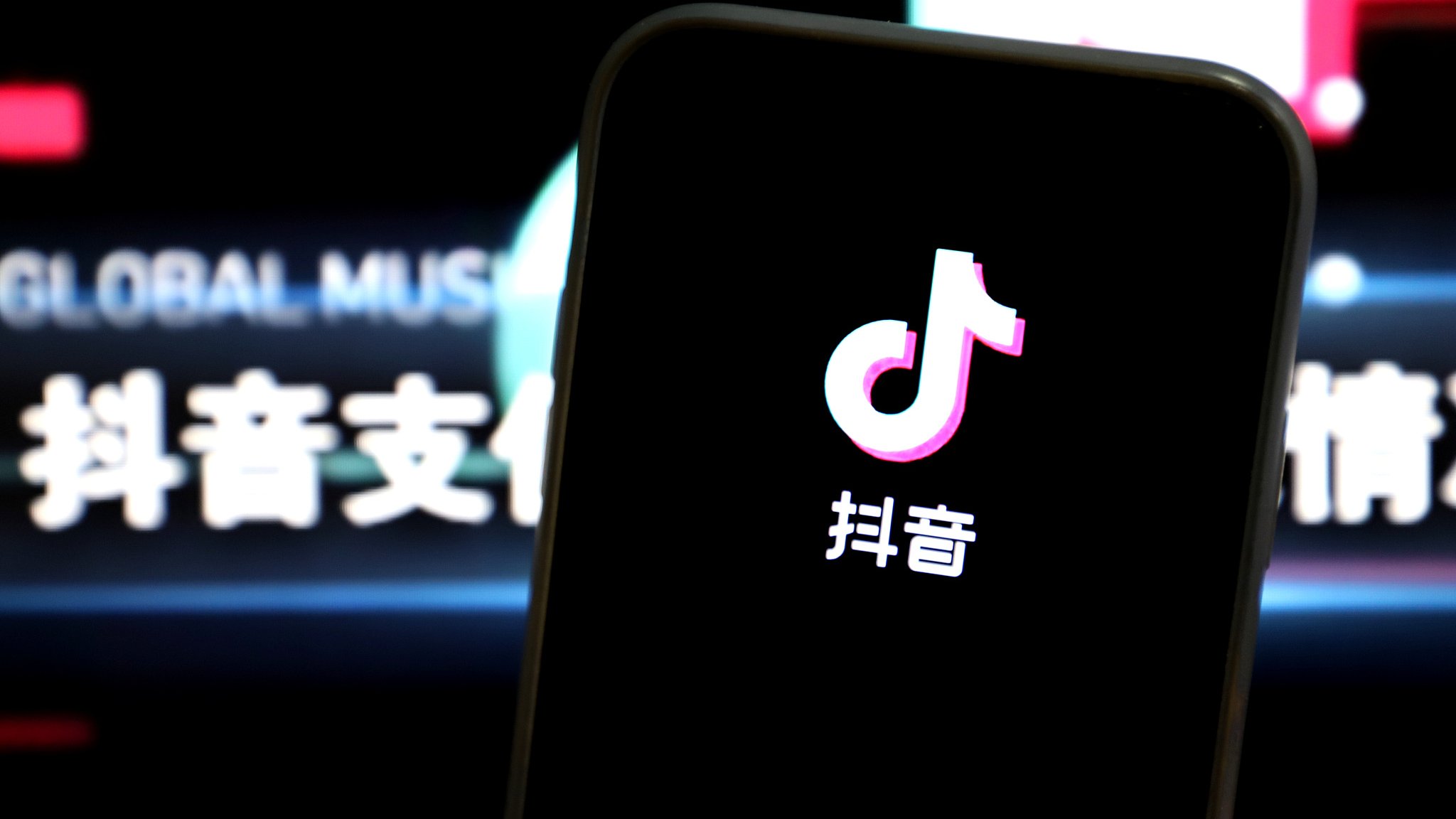 Douyin is the new sponsor of the digital red packet segment of the 2021 Spring Festival Gala. /CFP

Douyin is the new sponsor of the digital red packet segment of the 2021 Spring Festival Gala. /CFP

Many Chinese internet firms are keen to develop their own digital payment business as more people turn to a more efficient payment method in the internet era.

On January 26, Douyin, the Chinese version of TikTok, announced it will sponsor the digital "red pocket" segment during the 2021 Spring Festival Gala, where viewers can win money on the app while watching the event. And the move is expected to boost Douyin's presence as a digital payment service provider as people would have to register on the app to participate.

The sponsorship is highly coveted by digital payment providers as a way to boost their user base since the gala is watched by almost 1.4 billion people. In 2015, WeChat sponsored the gala by developing the "shake and get red pocket" function. Alipay, Taobao and Baidu followed suit in the red pocket event in 2016, 2018 and 2019, respectively.

Douyin launched its own payment service on January 19, joining an already crowded market. Currently, Tencent's Tenpay, which includes WeChat pay, and Alibaba's Alipay control the largest share of the pie, with almost 94 percent of the Chinese mobile payment market, according to consumer data provider Statista.

Other internet companies, including e-commerce platform JD.com, Suning.com, and online service platform Meituan exist in the remaining 6 percent. But competition may just be getting even stiffer. 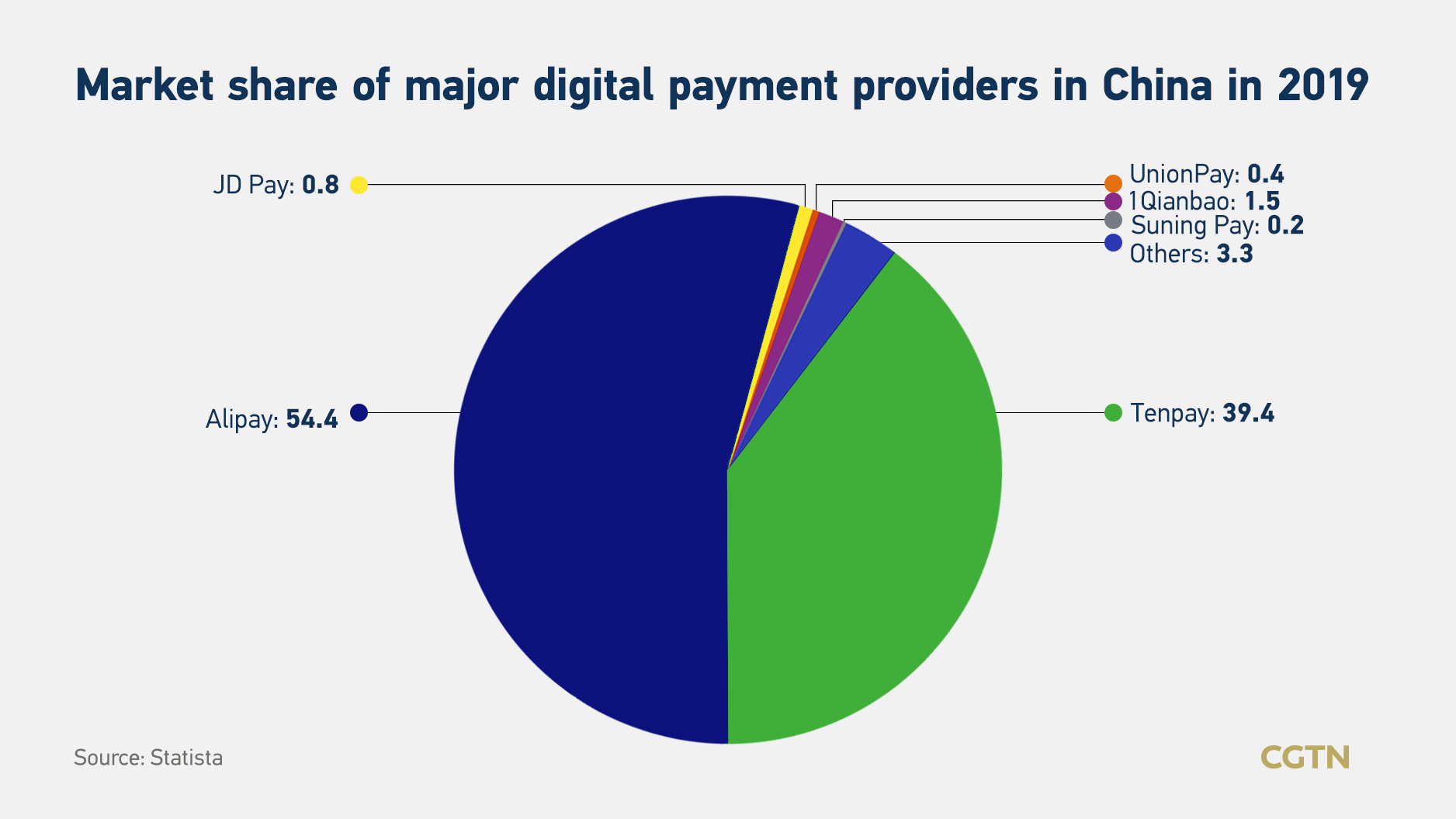 An open door for upstarts

Douyin is just one of the latest companies to enter the mobile payment sector. Some analysts believe it signifies the numerous opportunities for startup enterprises in the market.

James Early, CEO of investment research firm Stansberry China, told CGTN that there is an open door for upstarts in the sector, given the industry growth and size.

"Douyin built its own payment system to assist its e-commerce business and disconnected all other e-commerce functions inside Douyin app," Early said. "If you can get in on a fast-growing nearly $30 trillion market, why not?"

"Big platforms view an in-house payment system as an ecosystem play," Early explained. "They're increasingly protective of their users, and maturing platforms with hundreds of millions of active users see a proprietary payment system as another way to keep users captive and monetize them. Just like how casinos have no clocks, no windows, and sometimes no phone signal, platforms want to block any outside thoughts from their users' attention."

"The general acceptance of mobile payment service in China is very high, and it is not very hard to set up payment service given the existence of centralized processing center. Smaller payment channels and companies are also encouraged to boost the market competition," Bao said, adding that if companies can get enough people to use their in-house mobile services, they can obtain a positive profit margin. 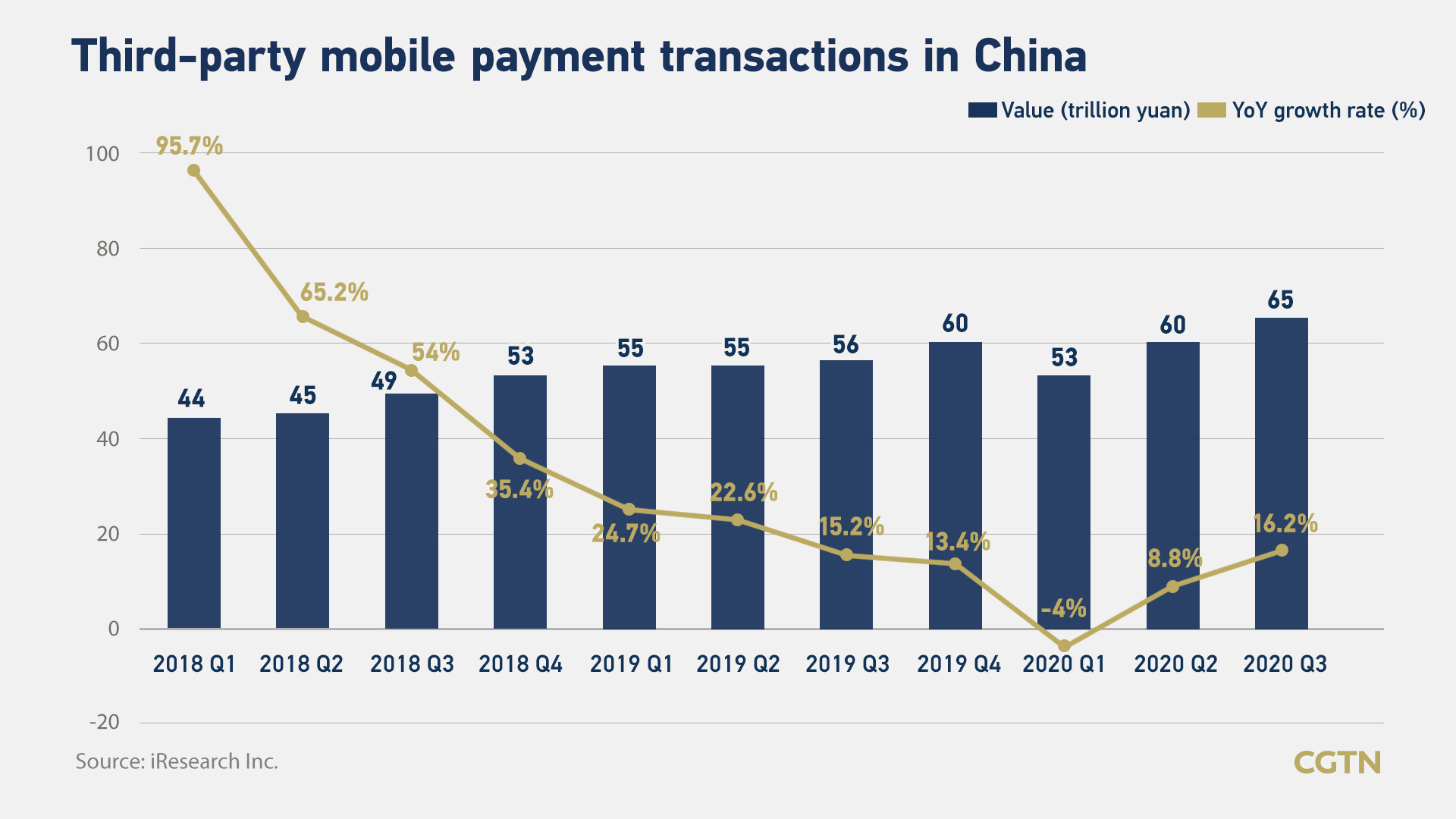 However, a coin has two sides, and so does the mobile payment business. Bao said the internet firms might face profitability issues if the payment service does not reach a certain scale. There are also user data privacy issues and risks related to financial products, especially consumer or small and medium-sized enterprises credit products, he said.

Yang Luming, a research analyst at Stansberry China, suggests that other internet platforms should not sever their relationship with WeChat Pay and Alipay until they're sure they've got enough users.

"Customer attention is the most precious commodity in retail. Internet companies are happy to make extra money, but I'd put payment services in the context of a broader effort by the big platforms to build all-inclusive ecosystems for their registered users," Yang said.

"The reason WeChat Pay and Alipay became ubiquitous is that they're accepted everywhere," Yang said. "Chinese customers have gotten used to that. I don't want to enter my bank account information for 20 different payment platforms, and neither will most people."

Yang also cautioned that success will depend on the critical mass of the platform and the desirability of what's for sale.

"Tiny platforms shouldn't even try – they have no chance. Douyin, for example, has an e-commerce business pegged largely to its livestreams and more than half a billion users. It has a chance to go it alone. But at half its size, I'm not sure," Yang said.

"The payment services with JD.com, Meituan and other Chinese internet companies usually can only be found within each platform, respectively," he said. "We believe that at this stage, the usage of these much smaller payment services is still quite limited, even on their own platforms, but the usage is also growing very fast." 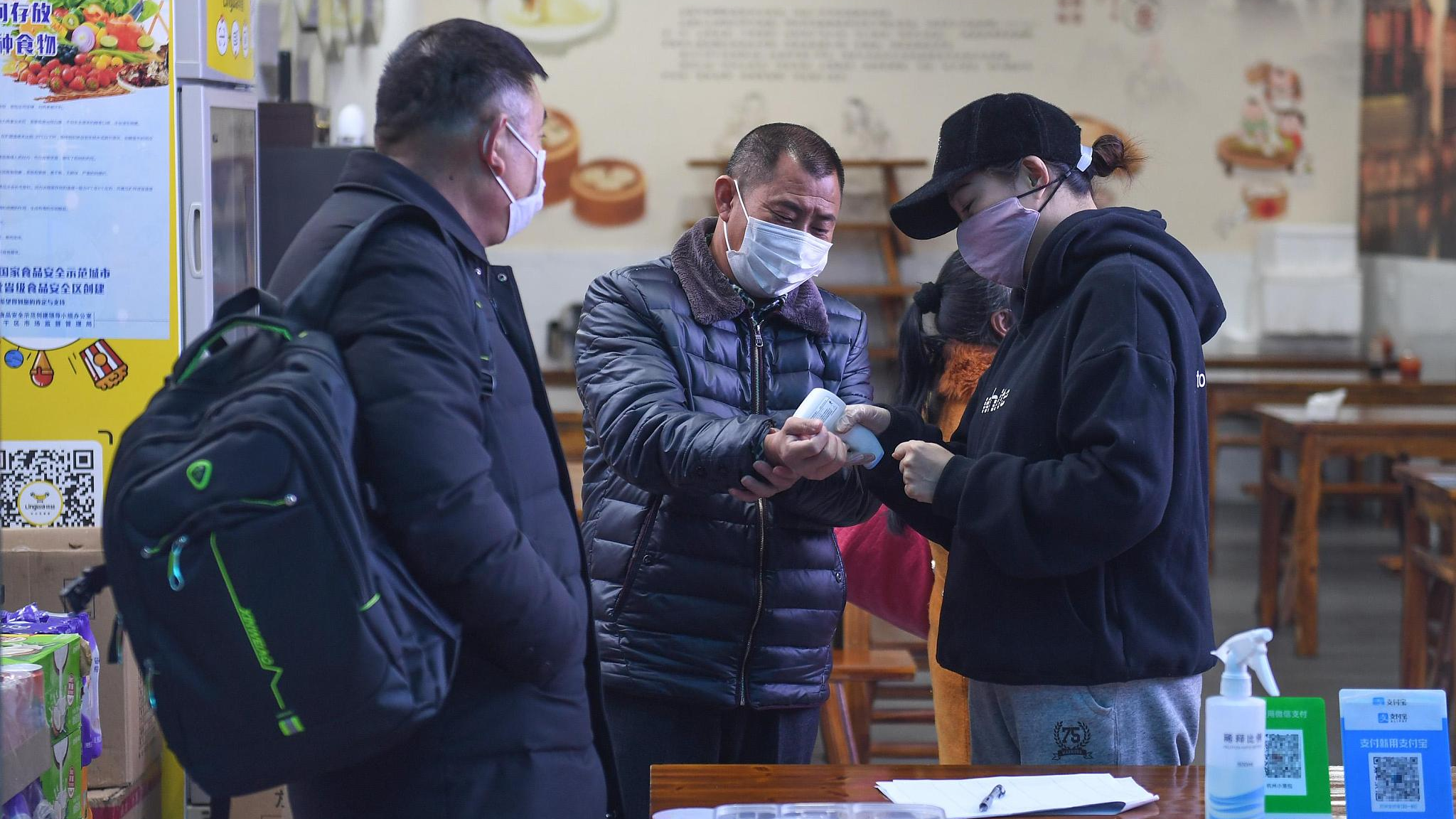 COVID-19, a catalyst for digital payments

Researchers also say COVID-19 has been a major catalyst for digital payments.

In the third quarter of 2020, third-party mobile payment transactions rose to 65 trillion yuan (about $10 trillion) and realized year-on-year growth of 16.2 percent, data from market research and consulting company iResearch showed.

The impact of COVID-19 has further lessened. Meanwhile, transactions during the period have increased dramatically due to the booming consumption supported by the summer vacation, New Year's Day shopping and the coming Spring Festival. Users' increasing acceptance of online financial services has also boosted the third-party mobile payment market, according to a report by iResearch.

In the first quarter of 2020, the third-party mobile payment transaction value in China dropped to 53 trillion yuan, down 4 percent year on year, affected by the COVID-19. But the decline is not due to the change in consumers' habits. Instead, the pandemic has highlighted the advantages of mobile payment and is good for the long tail mobile payment marketing, according to iResearch.

"COVID-19 is forcing participants across the payments ecosystem to rethink key parts of the transaction process, including technology, protocols and risk. The shift is rapid and ongoing and will create permanent changes to the industry," said Aaron Press, a research director of Worldwide Payment Strategies at IDC.