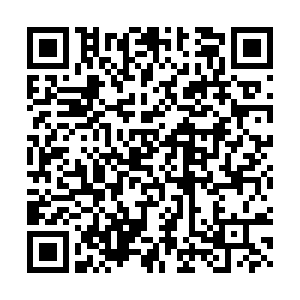 "We are now entering the age of pandemics," said virologist Peter Piot, one of the discoverers of the Ebola virus that now serves as a special advisor to the President of the European Commission on COVID-19.

2021 marks the year that coronavirus cases surpassed 100 million, and the death tolls soar every day. In an interview with CGTN host Tian Wei, Piot said the world is entering the age of pandemics. He added that the threats of climate change and virus converge.

"These viruses all come from animals in nature or also livestock. Taken influenza itself (as an example), birds, poultry, but it can also be pigs. So that is always there, but the world population is growing and growing in most places. So the pressure on animals and on nature is getting bigger. Also, climate change makes humans be in more intense contact with animals that were living in the wild."

Growing up in Belgium, Piot had spent his whole career chasing viruses. He was one of the discoverers of the Ebola virus in 1976 and has led global efforts to fight HIV/AIDS between 1995 and 2008.

As an experienced expert in dealing with the virus, Piot warned that governments and individuals should be more vigilant and better prepared to tackle the virus issue besides cracking down on travel to stop its spread.

"Vaccinations are necessary, but may not be sufficient. We need to make sure that the whole world is vaccinated. Because when it comes to a pandemic like Covid, it's not over until it's everywhere. Otherwise, we will constantly have re-importation of cases into the country."

Piot emphasized that the world's top priority is to make sure enough vaccines are rolled out and everyone has access to it, but he also voiced his concerns on manufacturing capacity that may hinder the process of containing the virus.

Faced with this ravaging, easily mutating and evolving virus, even the most experienced veteran may fall into its trap. But as the old saying can tell, what doesn't kill you makes you stronger.

Piot isn't just a theoretical expert, he is an experienced expert. 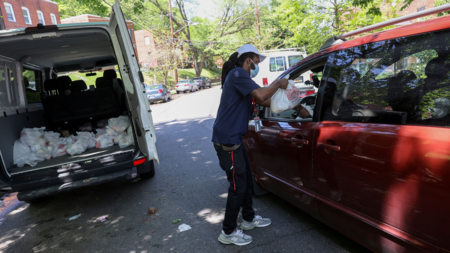 After decades of tracking down contagious and baffling viruses, Piot, now 71, found himself hunted down by the new virus in mid-March last year.

At the time, the coronavirus had just debuted in Europe. People were not familiar with it, but from statistics they knew, the risk of critical illness and fatality climbs steeply as the years accrue.

Piot was certainly in the high-risk categories. He suffered from fever, fatigue, and stabbing headaches, and was soon admitted to the Royal London Hospital after tested positive for coronavirus.

"On April 1, my fever was worse. I could really hardly get out of bed. I needed oxygen, and because I was very low on oxygen saturation, it's oxygen that really saved my life," Piot told Tian Wei.

Piot spent eight days in the hospital and went back home, but later he developed chronic lung problems with symptoms of constant coughing and being short of breath. The illness took him five months to fully resolve.

"It (the illness) changes your view of viruses. I was an expert from outside and fighting them, but then I had the virus inside me. This virus is not just affecting the lungs or only the respiratory [system] because it's respiratory transmitted, it affects every single part of your body," Piot said.

He added that people might suffer for months from various diseases ranging from extreme exhaustion, heart issues, kidney and lung problems to brain issues once infected by the virus. At the time in Europe, the government communication system was yet to be established, and there were only statistics regarding infected cases floating in the air, Piot said.

"Now in the UK, there are 100,000 people who died. I mean that's 100,000 people who were alive, who have loved ones, family and son. And it's not just statistics. That's really important. [And] I'm more determined than ever to fight the virus and to make sure that as few people as possible get infected and die."