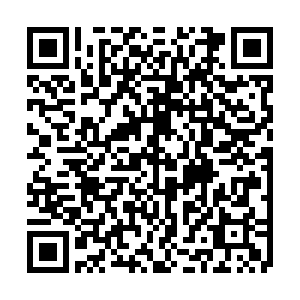 Editor's note : Prominent U.S. scholar Francis Fukuyama reflected on the deterioration of U.S. democracy in his recent article "Rotten to the Core?". CGTN anchor Wang Guan breaks down Fukuyama's messages and explains why the scholar laments the America's "intellectual rigidity" and "rigidity of U.S. system of government".

Three decades ago, American scholar Francis Fukuyama predicted that Western liberal democracy will be the “final form of human government”.

After the U.S. Capitol Riot, on January 18, 2021, Fukuyama wrote an article for  Foreign Affairs titled “Rotten to the Core?”, in which he criticized the U.S. system, saying “the rigidity of the U.S. system of government has become more and more obvious and problematic”, though he insists the U.S. system “also has its virtues”.

One institutional challenge he raised was the electoral college system. And I’d have to agree with that.

If one looks around the world, among the approximately 100 democracies as defined by Freedom House, the majority of these countries have their leaders elected directly by voters. According to Pew Research, there are only five other countries, mostly Pacific Island nations and African states, that indirectly elect a leader who combines the roles of head of state and head of government as the U.S. president does.

One issue with the electoral college system is that it uses a winner-take-all approach instead of proportional representation. That means if your political views are those of a minority in a given region, chances are, your vote probably won’t matter.

And under this system, more populous states such as California have the same number of Senate seats -- two -- as smaller states such as Montana. This can lead to serious under-representation for states with larger populations.

Looking at votes, an informed and well-educated citizenry is believed by many to be a prerequisite of a well-functioning democracy.

And what has been the number one source of television news in America?

Fox News it is.

Until 2020, Fox News has been the most watched cable news network in the country, for the 18th consecutive year.

And watch how the network covered the Trump Presidency.

FOX News anchor to Trump: You are also one of the most loved and respected.
Donald Trump: I would say that also.

FOX News anchor: It’s gonna be four years of nauseating, gauzy coverage. The watch dog? They are just the lapdogs.

Fox News Anchor to Trump：Are you having fun doing this job?

Donald Trump: I am. I love it.

Fox News Anchor to Trump：Look at the economy. Are you getting the credit for this economic revival?

Fox News Anchor to Trump: The media, pretty vicious, not just to you but to your family. How did you process that?

Fox News Anchor to Trump：Right over there is your hotel.

But on a more serious note, these days, the line between information and entertainment, news and opinion, is blurring. Media on the Right and Left are competing for viewership. And it’s a lot easier to do so by telling their base, their most loyal viewers, what they want to hear than challenging their stereotypes.

And instead of bridging the gap of understanding, the rise of social media only seems to have reinforced these stereotypes and divisions.

Even Fukuyama’s piece acknowledges the digital era has led to “ the disappearance of a common factual basis for democratic deliberation and what were once policy differences between ‘blue’ and ‘red’ factions have hardened into divisions over cultural identity.”