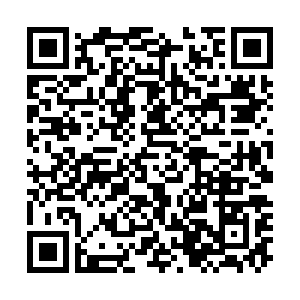 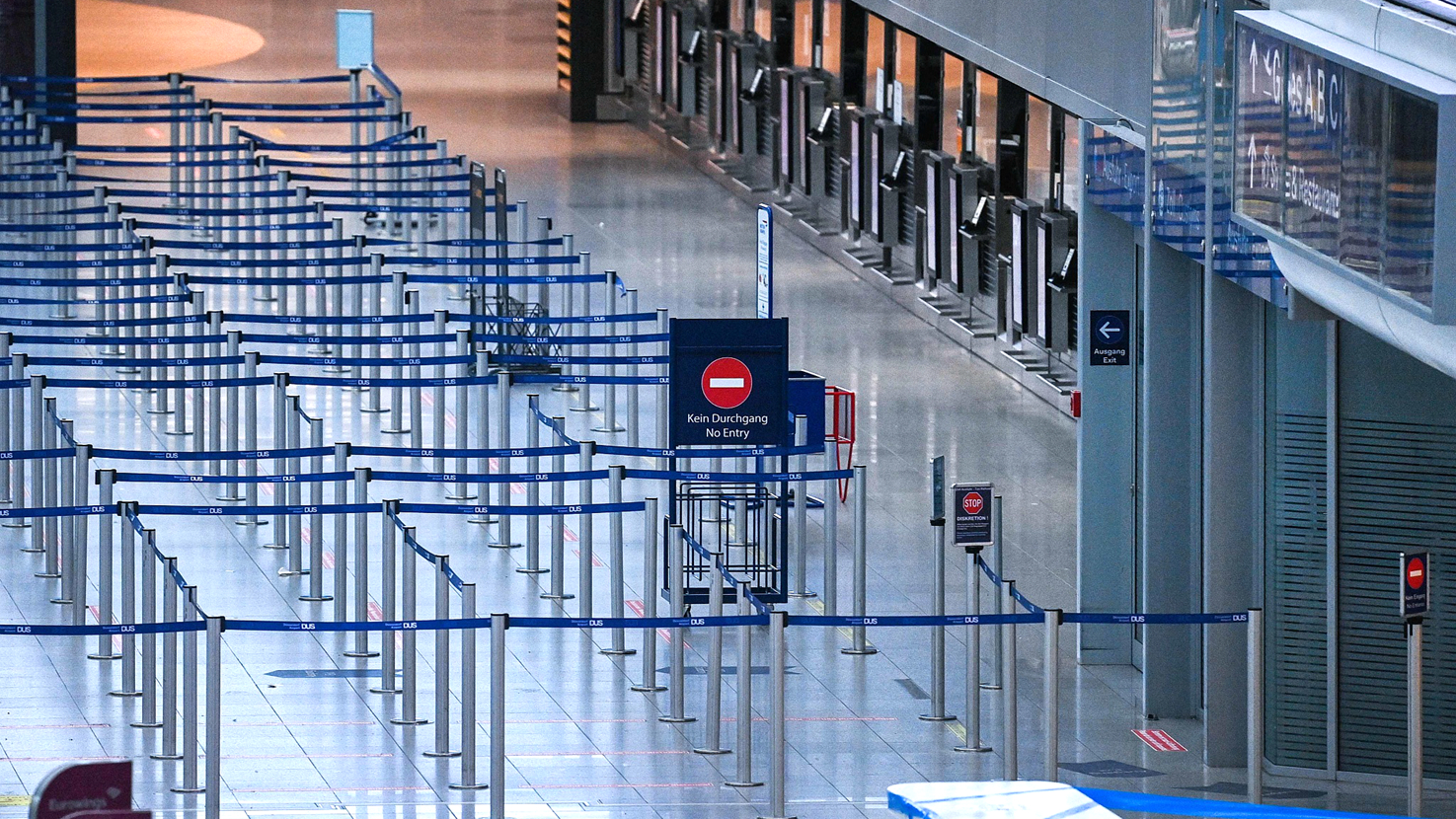 Germany will tighten travel restrictions from Saturday and bar entries from countries where the contagious coronavirus variants are rampant to contain a surge in infection cases, the government announced on Friday.

The country is implementing a near-total ban on travelers from Britain, Ireland, Portugal, Brazil and South Africa, as well as the southern African kingdoms of Lesotho and Eswatini.

All arrivals and trips by road, air, sea and rail traffic are subject to the ban, but several exceptions will be granted.

German citizens and other nationals living in Germany are allowed to return, while passenger transits and freight traffic will also be unaffected. Exemptions also include the entry of medical workers and people working in other key sectors.

The German Interior Minister Horst Seehofer said earlier this week that he wanted to reduce flights into Germany to "almost zero." 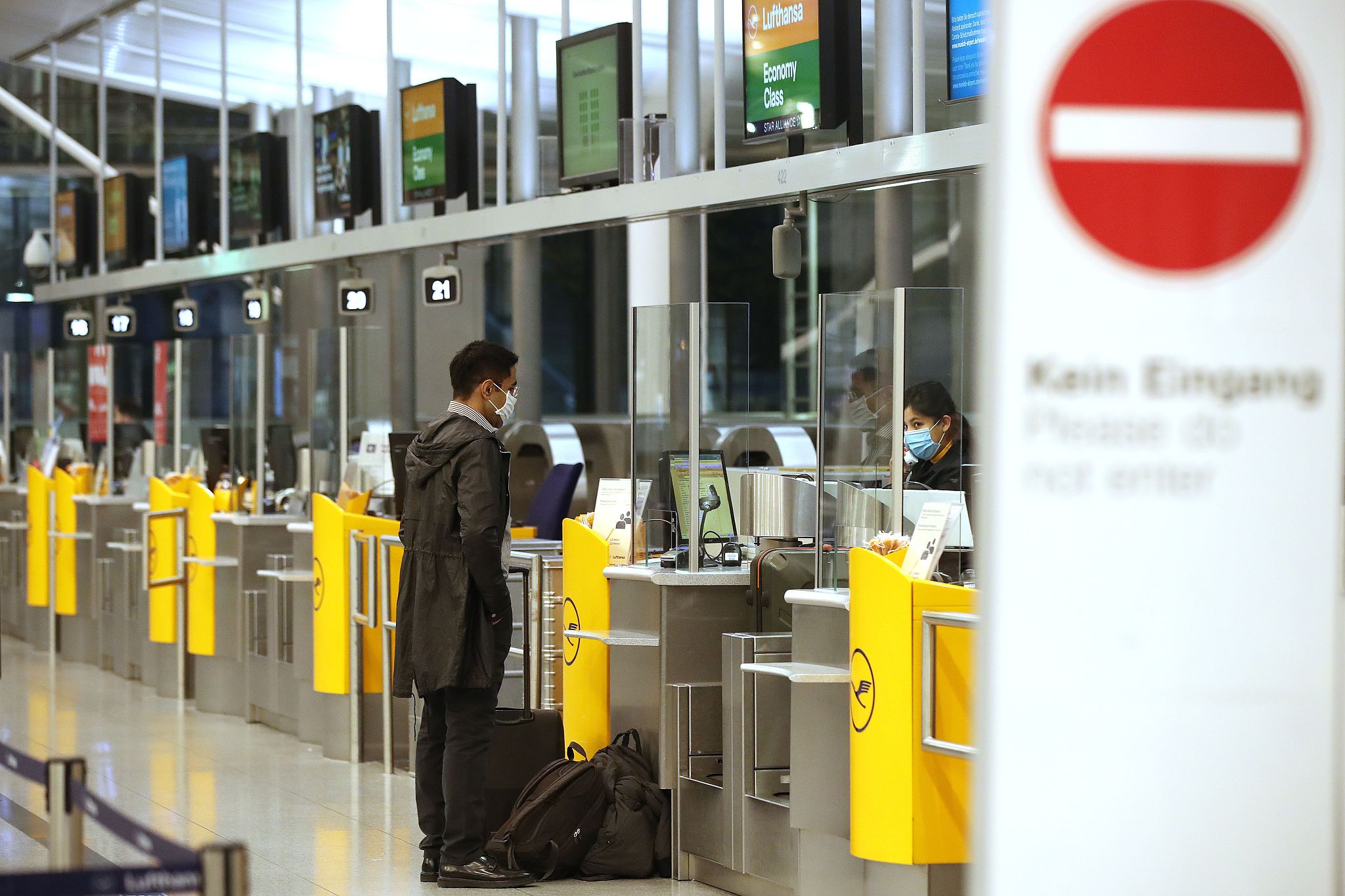 A passenger stands at the check-in area of Munich Franz-Josef-Strauss Airport in Munich, Germany, November 12, 2020. /CFP

A passenger stands at the check-in area of Munich Franz-Josef-Strauss Airport in Munich, Germany, November 12, 2020. /CFP

The new travel bans, set to last until February 17, are essential "to protect the people of Germany and to limit the entry and rapid spread of the new virus variants," according to a government decree.

The EU remains opposed to a blanket travel ban or closures of national borders, despite some members seeking tougher action. More European governments have imposed travel restrictions to curb the pandemic.

The Czech government on Friday announced a ban on non-essential entry into the country as of Saturday, as part of the government's tightening of restrictions, and Belgium earlier barred all non-essential travel by land, sea and air to and from its territory, until March 1. 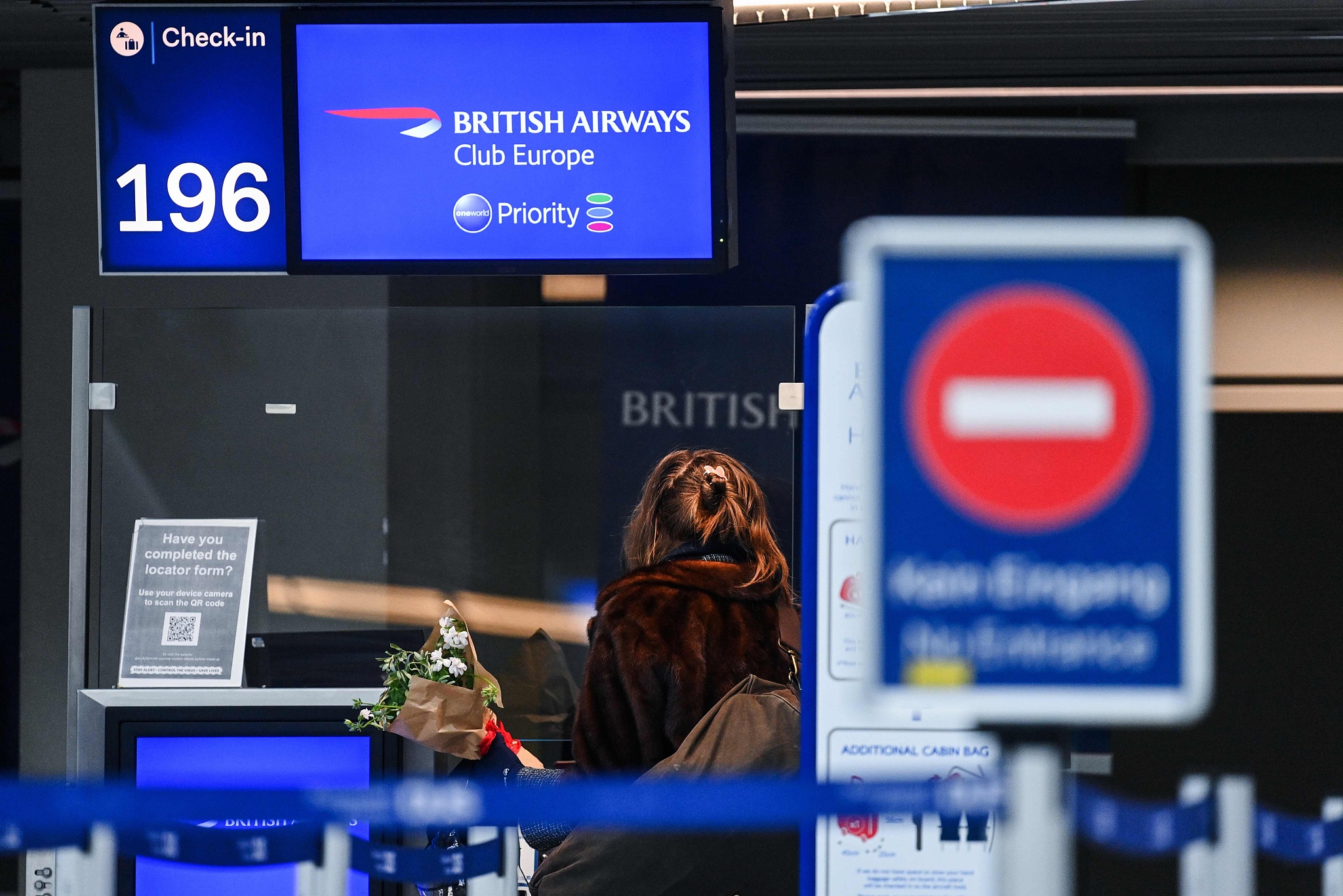 A passenger stands at the check-in area of the Dusseldorf Airport in Dusseldorf, Germany, December 21, 2020. /CFP

A passenger stands at the check-in area of the Dusseldorf Airport in Dusseldorf, Germany, December 21, 2020. /CFP

Last week, the Netherlands imposed a ban on flights from the UK, South Africa and South America in its most stringent restrictions with the first-ever nationwide curfew beginning in the country since World War II.

Portugal, which has strong air links with Brazil, has seen an explosion in cases and on Thursday decided to limit foreign travel for two weeks.

Germany has been in a hard lockdown since December 16 with schools and non-essential shops ordered to close. The lockdown has already been extended for the second time and is now in force until February 14.

The nation has recorded a total of 2,192,850 cases and 55,752 deaths as of Friday, data from the Robert Koch Institute for infectious diseases showed.