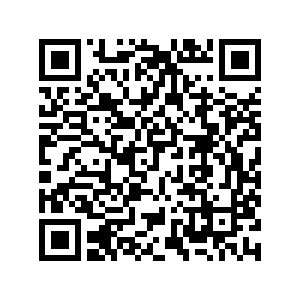 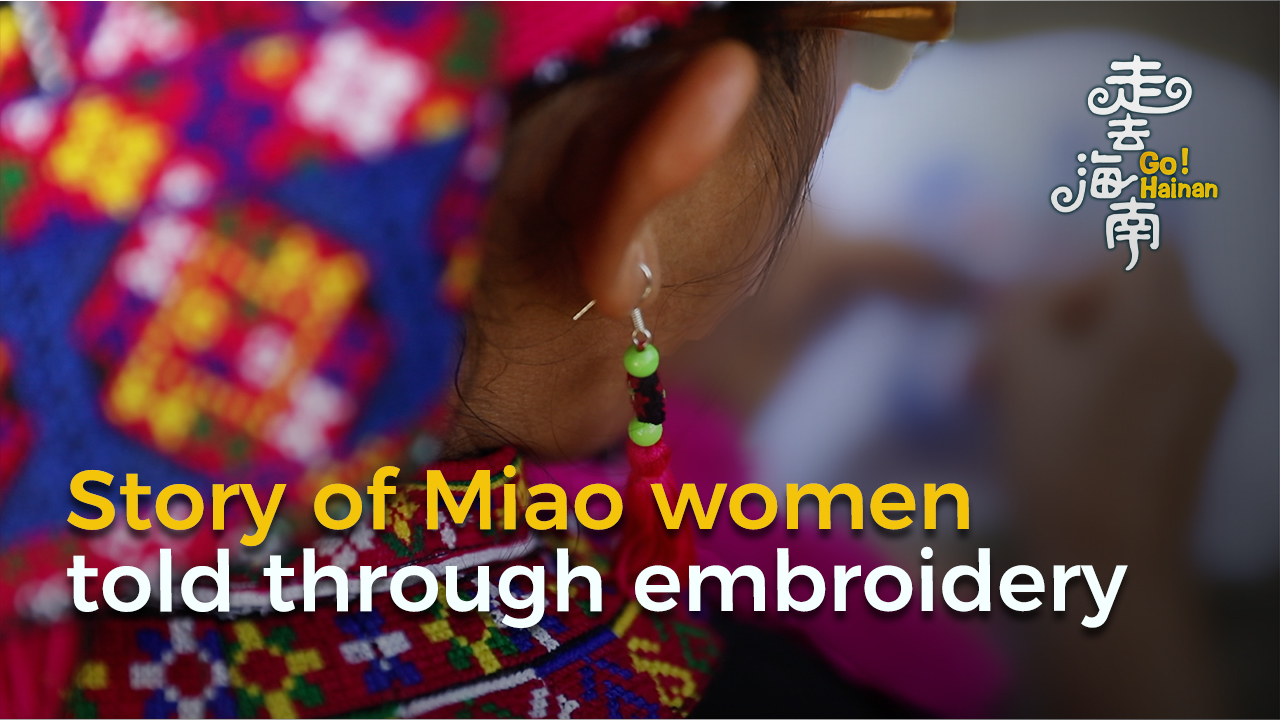 In Jia'nao Village, home to an ethnic Miao community in Hainan Province, villagers would often catch sight of a stocky woman riding on her electric bike in traditional attire. That's when the 47-year-old sets out to do business with people in other villages carrying a cloth bag full of colorful embroidery products of her own creation.

Chen makes all her clothes and accessories, from dying the fabric with natural wax to creating intricate details with fine needlework. Self-taught to embroider since she was a child, the expert embroiderer found her calling from an early age.

"When I was 12, I stole a small piece of cloth from my mother and learned embroidery behind the school after class. I made my first scarf at 16, and still keep it with me," Chen said.

Women have been the keepers of Miao culture over a long history. Their embroidery style, inspired by nature and passed down by Miao women from generation to generation, doubled as chronicles for the minority group, who don't have a written language.

"Every Miao woman can embroider. Every family will keep a traditional outfit for special occasions and the finest dress for their children's weddings," she said. "It is our culture."

Married at age 16, Chen has led a quiet life in the mountains working on the field and doing household chores for most of her life, like most women in her community. Even as her family responsibilities grew, the mother of three would always find time to pick up the needle and threads, if only as a side hobby. Eventually, her passion for embroidery and the pressure to provide for her family spawned a business idea.

At 28, the young mother took it upon herself to become her family's breadwinner. With a cloth bag on her back, she rode out into the mountains on a motorcycle, going village by village to sell her embroidery works. That has continued for almost 20 years.

Today, Chen is a well-respected craftswoman among Hainan's Miao community and the owner of a Miao embroidery studio, the first establishment to greet visitors at the village's entrance. 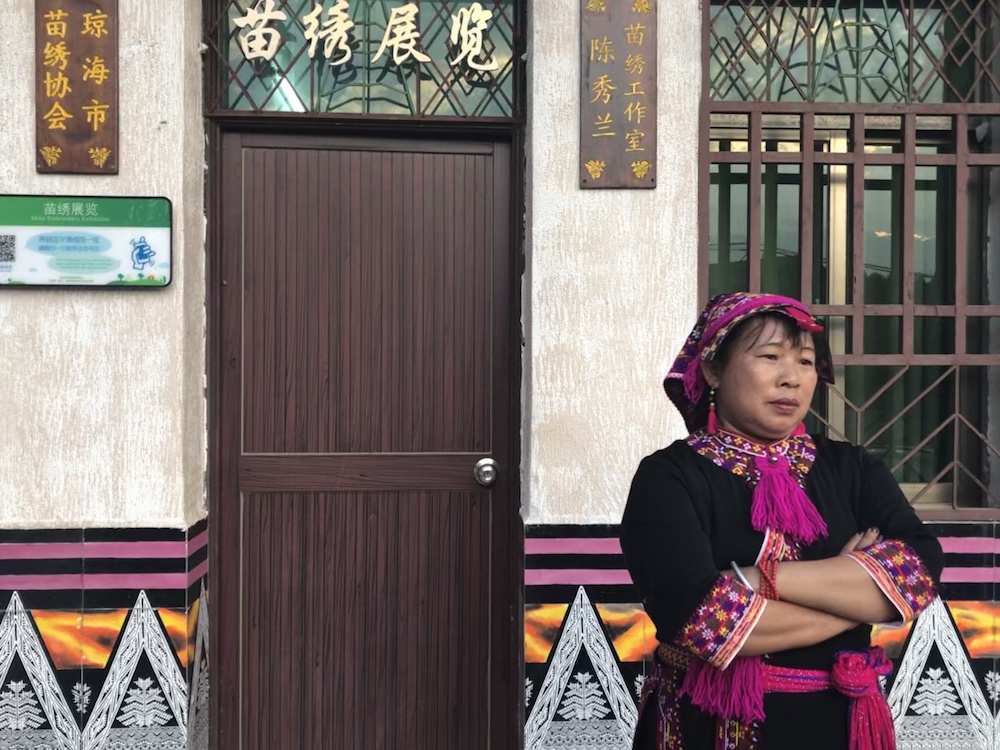 Until recent years, villagers in Jia'nao had kept their traditional way of life in the remote jungles of Hainan. Despite a two-hour bumpy drive from the nearest Qionghai City, the idyllic village is increasingly discovered by seasoned travelers to the island.

In 2014, Jia'nao Village was chosen for a government-led rural tourism project, and Chen's Miao embroidery studio was an early beneficiary. Located in the village's main building, the room is used to display works from Chen and her students, thus allowing more women to turn their embroidery skills into a livelihood.

A full set of Miao costume takes Chen three to four months to make. With help, it takes about a month with four people working together, according to Chen. A finished product will cost 5,588 yuan (around $860). This earning has enabled embroiderers to make a living out of their handiwork.

When outsiders come to the village and take an interest in the pieces they made, the embroiderers feel motivated to work harder, Chen told CGTN. Currently, around 50 women are working with Chen at the studio. 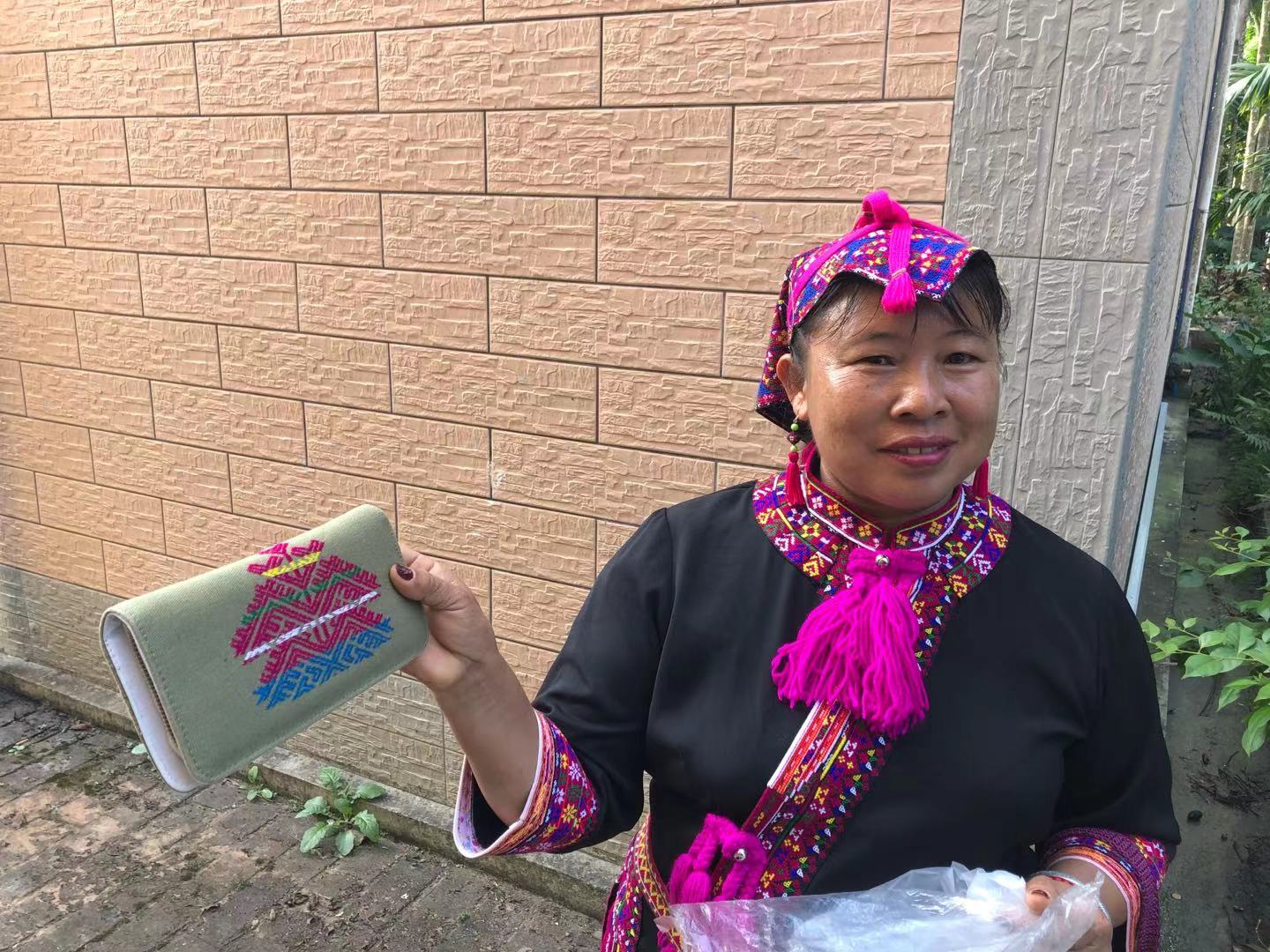 Chen Xiulan shows off a wallet she made with the Miao people's tree totem embellished on it in Jia'nao Village, Qionghai City, Hainan Province, January 23, 2021. Zhou Minxi/CGTN

Chen Xiulan shows off a wallet she made with the Miao people's tree totem embellished on it in Jia'nao Village, Qionghai City, Hainan Province, January 23, 2021. Zhou Minxi/CGTN

With the passing of time, many Miao families have stopped making traditional clothes at home and would rather buy them from embroiderers instead. Now, only eight people in the village have mastered the more complex techniques of Miao embroidery, Chen said.

Chen told CGTN that her oldest daughter married a Han man and moved out, and her younger daughter, who settled down locally, is not yet familiar with the more intricate needlework. "Young people don't want to learn the skill anymore. Most people today only know simple techniques, like cross stitching," she said.

Without adequate education in her youth, Chen admitted that she struggles with taking her business online since she never learned to use a computer. She hopes the younger generation will carry the tradition forward.

"I am getting old. If I don't teach Miao embroidery to young people, it could be lost," Chen said.

These days, when mentioning Chen's name to a local, the word you are likely to hear is "teacher."

"She teaches Miao embroidery to school kids," said the owner of the village convenience store. "It's women who do it."

From a rural housewife to a self-made businesswoman, and now an ambassador for her culture, Chen's story is one of quiet beauty and resilience, much like her embroidery and the Tree Spirit which the Miao people worship.

The Miao's totem, an ancient banyan tree, is a symbol of feminine power. Locals say the tree is shaped like a dancing lady, with her branches reaching for the sky and her roots deep in the ground.