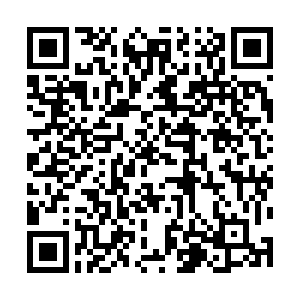 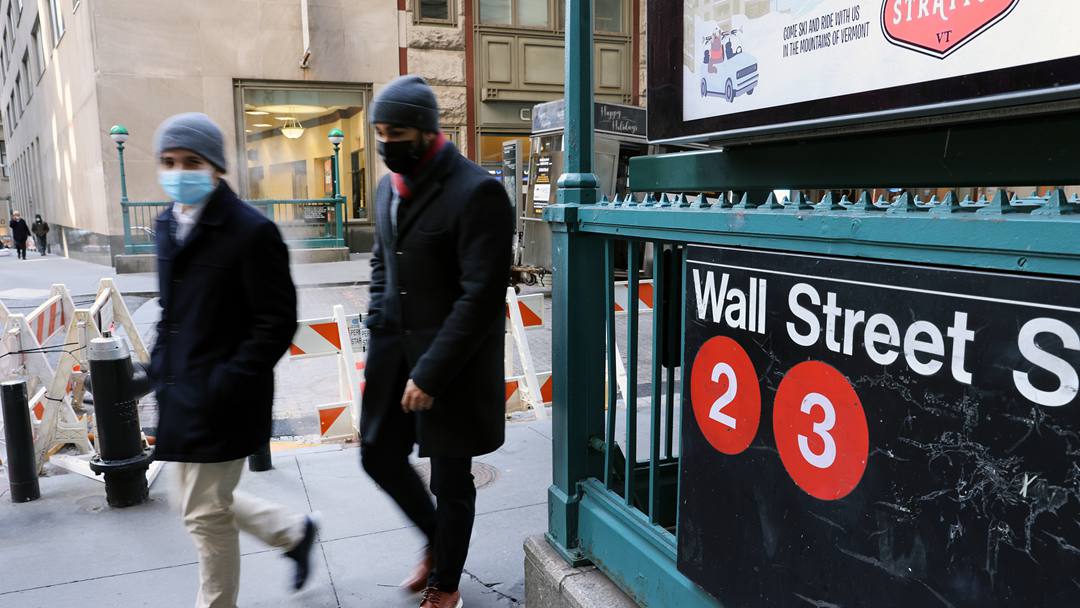 People walk through the Financial District in Manhattan on January 28, 2021 in New York City. /VCG

People walk through the Financial District in Manhattan on January 28, 2021 in New York City. /VCG

The GameStop drama is a reflection of the rising anti-Wall Street sentiment, as the income gap has widened between the rich, particularly financial elites who have profited from the pandemic, and the poor who have shouldered most of the costs, Wang Dan, chief economist at Hang Seng Bank China, told CGTN on Saturday.

The drama has been called everything from "the French Revolution of finance" to the "David and Goliath" of the Wall Street, where the struggling video games retailer GameStop from Texas has become the center of a trading war between billionaire hedge funds and ordinary retail investors.

The hedge funds placed major bets on the demise of GameStop whose bricks-and-mortar shops were hit hard by COVID-19, while some individual investors who share market tips on Reddit, a discussion and news aggregation platform, rallied together to buy shares in GameStop and sent its share price soaring – to the multi-billion-dollar detriment of the hedge funds.

Ray Dalio, founder of Bridgewater, the world's largest hedge fund, said on Saturday in an interview with the Washington Post that the drama reflects growing intolerance in the U.S.

"What concerns me more is the general anger – and almost hate – and the view of bringing people down that now is pervasive in almost all aspects of the country," said Dalio.

The battlefield between hedge funds and retail investors also includes cinema chain AMC that also incurred losses from the pandemic and is the target of short sellers.

The U.S. is "at a tipping point in which it could go from manageable internal tension to revolution and/or civil war," Dalio wrote in an article titled "The archetypical cycle of internal order and disorder" published on LinkedIn in December.

The subject of this remarkable battle, GameStop, is the world's largest video game retailer that operates over 5,000 retail stores across the world. It is expected to report a loss of $465 million from the pandemic in 2020, on top of the $795 million it lost in 2019 with the rise of digital distribution. 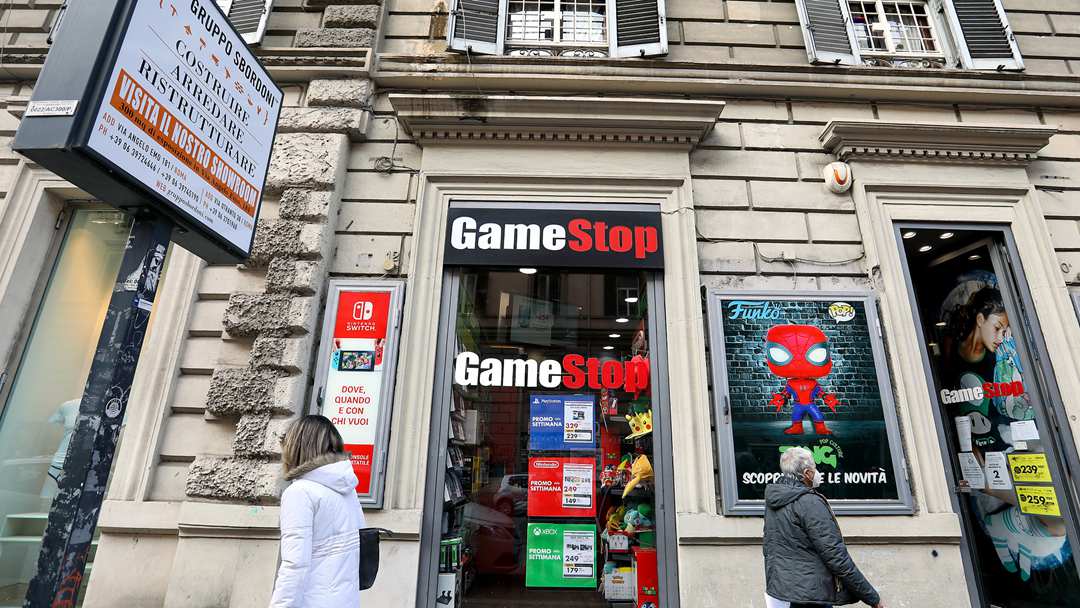 This made it a target of hedge funds' betting on the company's failure by short selling shares. They did this by borrowing shares from existing shareholders, selling them, and then buying back to replace the shares they borrowed and profiting from the difference. They could make money on their moves only if the stock price continued to fall.

But things didn't go as planned, as members of a popular Reddit group called "WallStreetBets" rallied and used options to drive stock prices. The group has feelings of nostalgia for GameStop, as many of them grew up buying video games from the retailer.

The surge of GameStop was starting to take a toll on hedge funds, with an expected loss of $38.6 billion. They had to buy stocks at higher prices, which sent the prices even higher. Thereby, a short squeeze happened.

Hedge fund Melvin Capital is one of those who suffered heavy losses by betting against GameStop, and it had to raise a $2.75 billion financial bailout from Citadel and Point72 earlier this week.

Short-seller Citron Research was also forced to close out its short position in GameStop. It tweeted on Friday that it will no longer publish short reports and will focus on long-term opportunities for individual investors.

Citron Research founder Andrew Left said, "20 years ago I started Citron with the intention of protecting the individual against Wall Street, against the frauds and the stock promotions (that) were just all over." 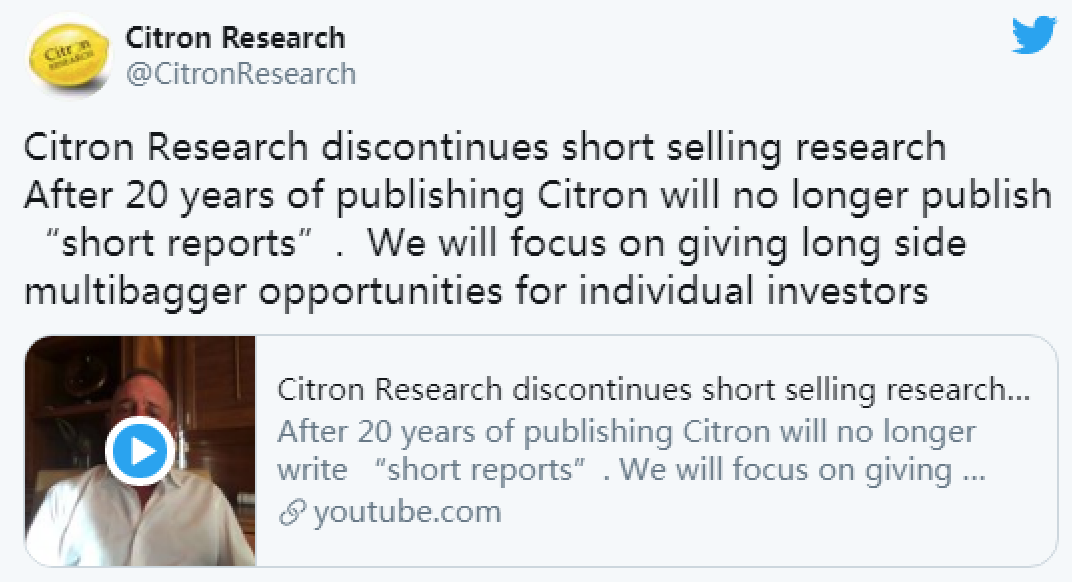 Short-seller Citron Research's tweet on January 29, 2021 saying it will no longer publish short reports and will focus on long-term opportunities for individual investors. /@CitronResearch

Short-seller Citron Research's tweet on January 29, 2021 saying it will no longer publish short reports and will focus on long-term opportunities for individual investors. /@CitronResearch

"They (individual investors) have new technology. He or she is much smarter than before. And they can group together, they can talk together … and before you know it, it's a huge force, they can really move the market," said Santosh Rao of Manhattan Venture Partners.

"They're using the mechanics of the market. They're squeezing the shorts, and rebellion if it's not destructive, if it's not antagonistic, is part of an evolutionary process," Dalio noted.

In another turn on Thursday, retail brokerages like Robinhood severely limited trading of GameStop stocks on their apps, citing volatility. By raising margin requirements, they made it more difficult for small investors to buy the stocks, without influence on hedge funds.

However, the actions sparked more volatility in the market on Thursday. GameStop shares went up by over 25 percent before falling by over 60 percent and then closing with a loss of 44 percent; trading halted several times in the day.

Robinhood said Thursday evening that it would resume trading in previously restricted securities, but it actually implemented stricter rules for users. Users were able to buy five shares of GameStop earlier on Friday, but later they could only buy one share.

The move to limit small investors triggered a backlash from users of the platform and some members of Congress, including Rep. Alexandria Ocasio-Coretz, D-NY, who called the action "unacceptable".

The U.S. Securities and Exchange Commission (SEC) on Friday said its regulators were keeping an eye on the GameStop trading frenzy.

"We will act to protect retail investors when the facts demonstrate abusive or manipulative trading activity that is prohibited by the federal securities laws," the SEC said in a statement.

Wang believed regulators are likely to tighten the leash on how large hedge funds operate and require them to increase transparency.

"Yet the question remains as to whether capitalism is still the answer to the issue of inequality," Wang told CGTN.

The top 1 percent of Americans have taken $50 trillion from the bottom 90 percent, according to a working paper by Carter C. Price and Kathryn Edwards of the RAND Corporation, which would have enabled the vast majority of Americans to go through the COVID-19 pandemic much healthier, far more resilient and financially secure.

Policymakers must take more aggressive measures to rein in the power of large corporates, and step up efforts in income redistribution, Wang added.

(Vanessa Gu and Michael Gray also contributed to the story.)