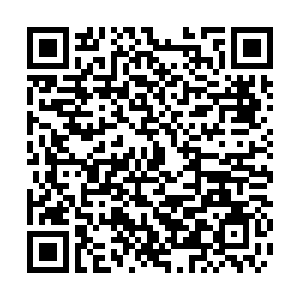 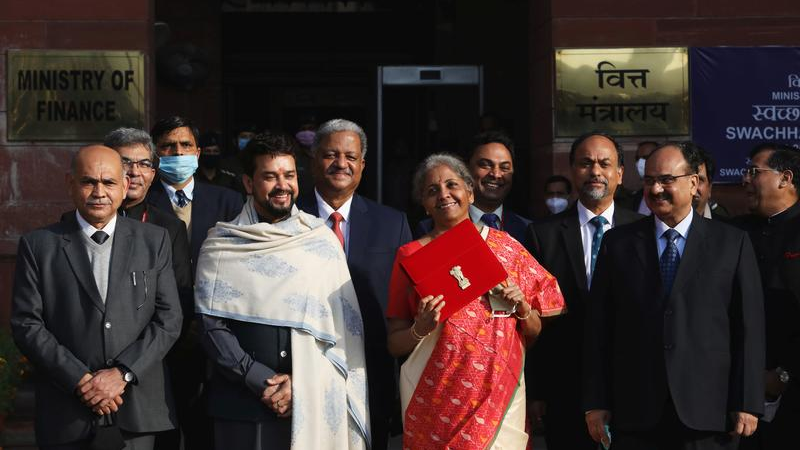 India's Finance Minister Nirmala Sitharaman holds up a folder with the Government of India logo as she leaves her office to present the federal budget in the parliament in New Delhi, India, February 1, 2021. /Reuters

India's Finance Minister Nirmala Sitharaman holds up a folder with the Government of India logo as she leaves her office to present the federal budget in the parliament in New Delhi, India, February 1, 2021. /Reuters

Faced with the pressures on its healthcare infrastructure due to the ongoing COVID-19 situation, India on Monday announced a "health and well-being" budget of 2.24 trillion Indian rupees ($30.70 billion), a massive increase of 137 percent over last year's 944.52 billion rupees ($12.94 billion).

Presenting the annual budget for the 2021-22 financial year, India's Finance Minister Nirmala Sitharaman also earmarked an additional 642 billion rupees ($8.79 billion) over the next six years on a program to revamp the country's dilapidated primary, secondary and tertiary health infrastructure.

"The investment on health infrastructure in this budget has increased substantially. Progressively, as institutions absorb more, we shall commit more. We focus on strengthening three areas: preventive, curative and well-being," Sitharaman said on the floor of the national parliament in New Delhi. The program has been named the Pradhan Mantri Atmanirbhar Swasth Bharat Yojna, or the Prime Minister's Self-Reliant Healthy India Plan.

The South Asian country will also spend 350 billion rupees ($4.80 billion) on COVID-19 vaccine development this year. As of Monday, India's total COVID-19 cases numbered 10,758,619 – second only to the United States. Sitharaman said she is committed to providing further funds to the COVID-19 fight if required.

The Indian finance minister counted "health and well-being" among the six pillars of this year's budget. Physical and financial capital and infrastructure, inclusive development for aspirational India, human capital, innovation and research and development, and minimum government maximum governance were are other five pillars. 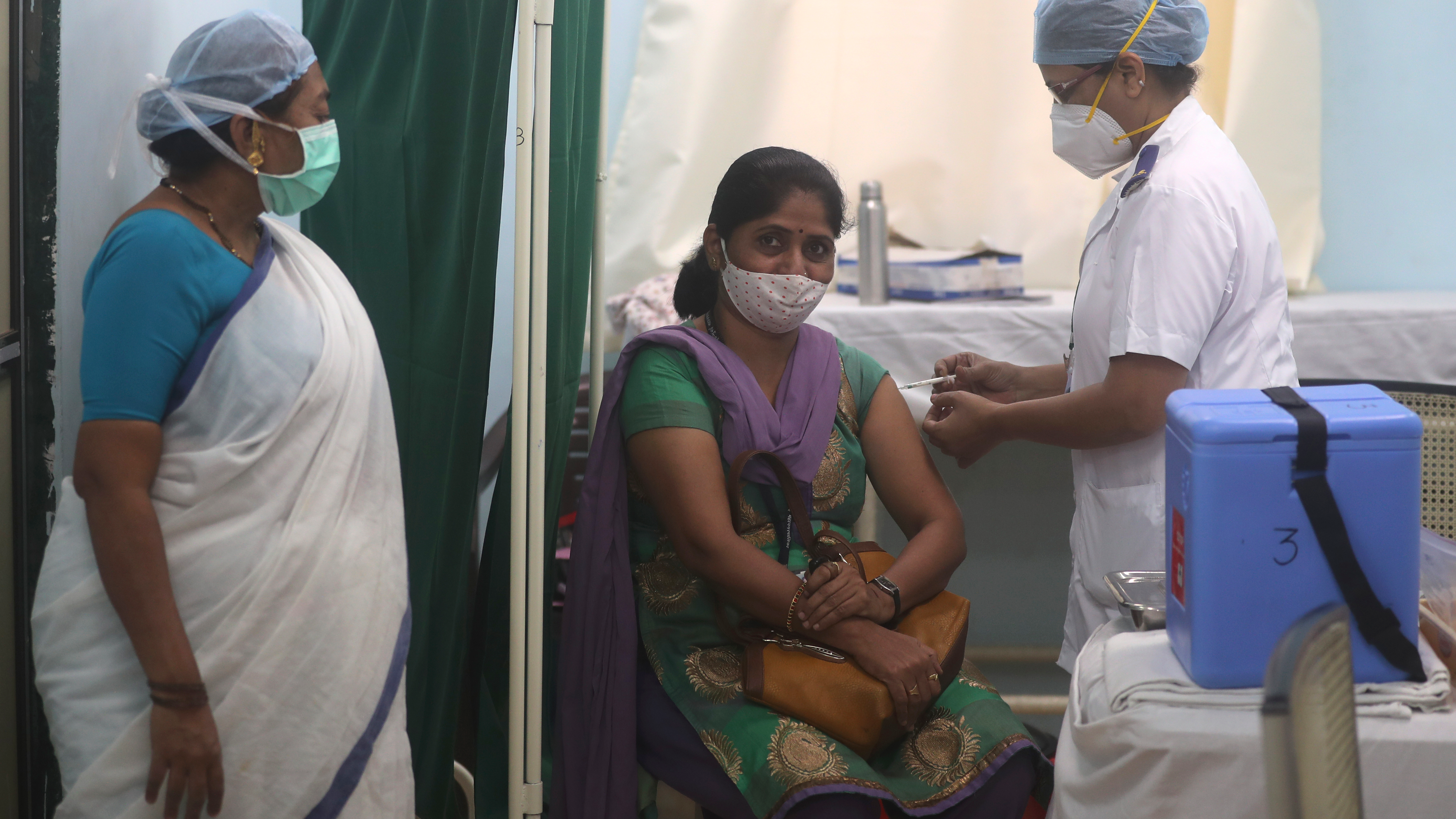 India has been criticized for its minuscule spending on healthcare. According to Oxfam's 2020 Commitment to Reducing Inequality (CRI) Index published in October 2020, India spent just four percent of its budget on health going into the pandemic, the fourth-lowest in the world, with the country ranked 129 out of 158 countries.

The report points out that just half of India's population has access to even the most essential health services, and more than 70 percent of health spending is being met by people themselves, one of the highest levels in the world.

In the backdrop of such an abysmal record, the substantial budget increase in the healthcare sector is a welcome change, even if it has been triggered by the COVID-19 pandemic.

The Swasth Bharat Yojna (Healthy India Plan) has been launched in addition to the National Health Mission with a clear objective of upgrading the country's health services, facilities and infrastructure in the stipulated period of six years.

The main interventions under the new program are support for over 17,000 rural and 11,000 urban health and wellness centers, setting up integrated public health labs in all districts and 3,382 block public health units in 11 states, establishing critical care, hospital blocks in 602 districts and 12 central institutions, strengthening the National Center for Disease Control, its five regional branches and 20 metropolitan health surveillance units.

Fifteen health emergency operation centers and two mobile hospitals will also be set up, as will a national institution for One Health – a regional research platform for the World Health Organization's Southeast Asia regional office – apart from nine biosafety "level 3" labs and four regional National Institutes of Virology.