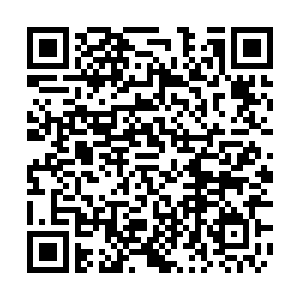 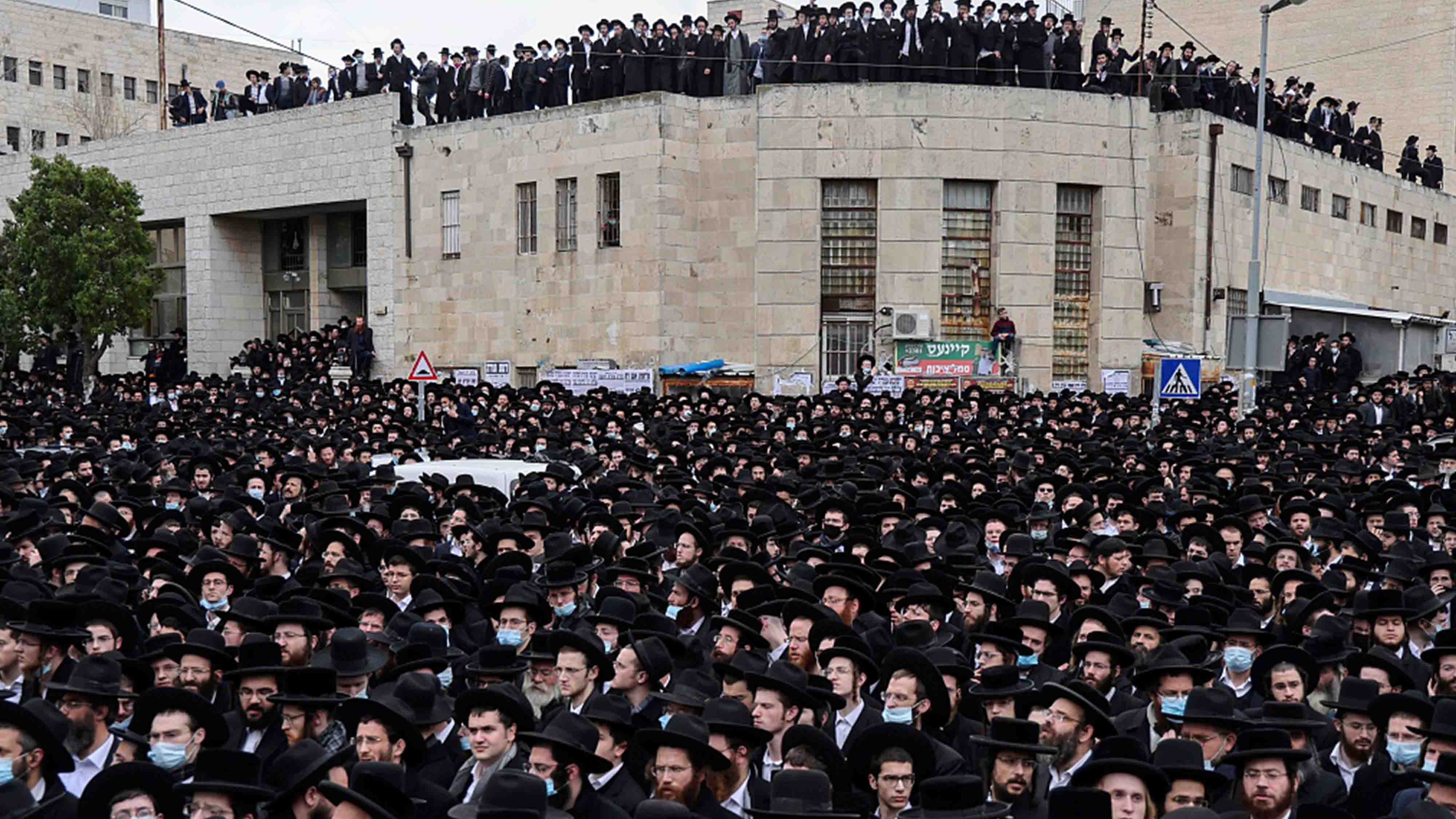 The Israeli Cabinet has voted to extend a nationwide lockdown for at least five more days as the anticipated turnaround of the COVID-19 surge did not transpire after the rollout of one of the world's most aggressive vaccination campaigns.

Prime Minister Benjamin Netanyahu's office announced early Monday that the restrictions, which have forced nonessential businesses and most schools to remain closed for the past month, will remain in effect until at least Friday. The renewed order bans nearly all incoming and outgoing flights, and will remain in effect for another week.

The Cabinet is to meet on Wednesday to decide whether to extend the restrictions even longer.

Israel launched one of the world's most aggressive vaccination campaigns starting December 19. It has inoculated more than one-third of its population in just one month.

But the vaccine has had little effect so far in controlling the outbreak. Israel, a country of 9.3 million people, has been reporting an average of some 6,000 new cases of the coronavirus each day, one of the highest infection rates in the developed world.

Officials blamed the delayed turnaround on the more infectious variant and on lockdown scofflaws.

On Sunday, thousands of ultra-Orthodox Israelis thronged a pair of funerals, defying a ban on large public gatherings.

Violations by the ultra-Orthodox, who are among the conservative Netanyahu's supporters, have been played up by political rivals in questioning the lockdown's efficacy, and building opposition to him ahead of a March 23 election.

"Either everyone is locked down, or everything is opened up for everyone. The days of chicanery are over," Defense Minister Benny Gantz, Netanyahu's centrist coalition partner and now election competitor, wrote on Twitter. 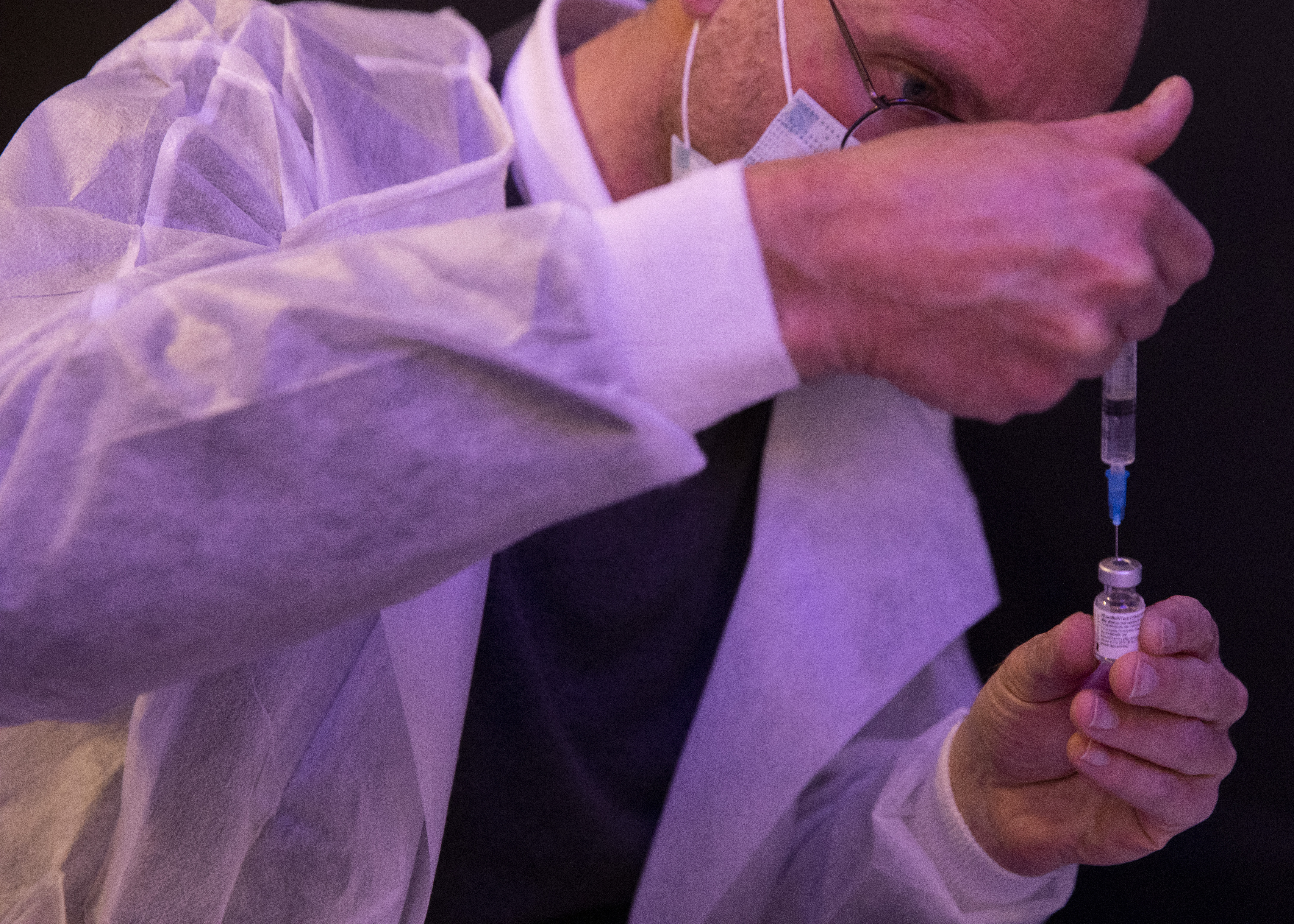 A medical professional prepares to administer a second dose of the Pfizer COVID-19 vaccine to a man in Netanya, Israel, January 28, 2021. /AP

A medical professional prepares to administer a second dose of the Pfizer COVID-19 vaccine to a man in Netanya, Israel, January 28, 2021. /AP

Israel could begin overcoming the COVID-19 crisis after fully vaccinating a third of its population, an official said on Sunday, indicating it would take some weeks more than previously thought.

Deputy Health Minister Yoav Kisch said there would be "a few weeks' delay" to the Israeli exit plan, and set a higher vaccination threshold for a turnaround.

"Our goal is to achieve 5.5 million (fully vaccinated citizens) and I reckon that the moment we cross the 3-to-3.5 million (mark) you will already see change," he told Kan radio.

Last week, Israel's health ministry released its first official results, showing that only 317 out of 715,425, or 0.04 percent, of people became infected a week after becoming fully vaccinated against the disease – the time when increased immunity is expected to kick in. Of the vaccinated people who were infected, 16 had to be treated in hospital, or 0.002 percent of the total.

One domestic healthcare provider, Maccabi Healthcare Services, released an encouraging smaller study on Thursday. It revealed that out of 163,000 Israelis given both shots, only 31 were infected, compared with nearly 6,500 infections among a control group of unvaccinated people.