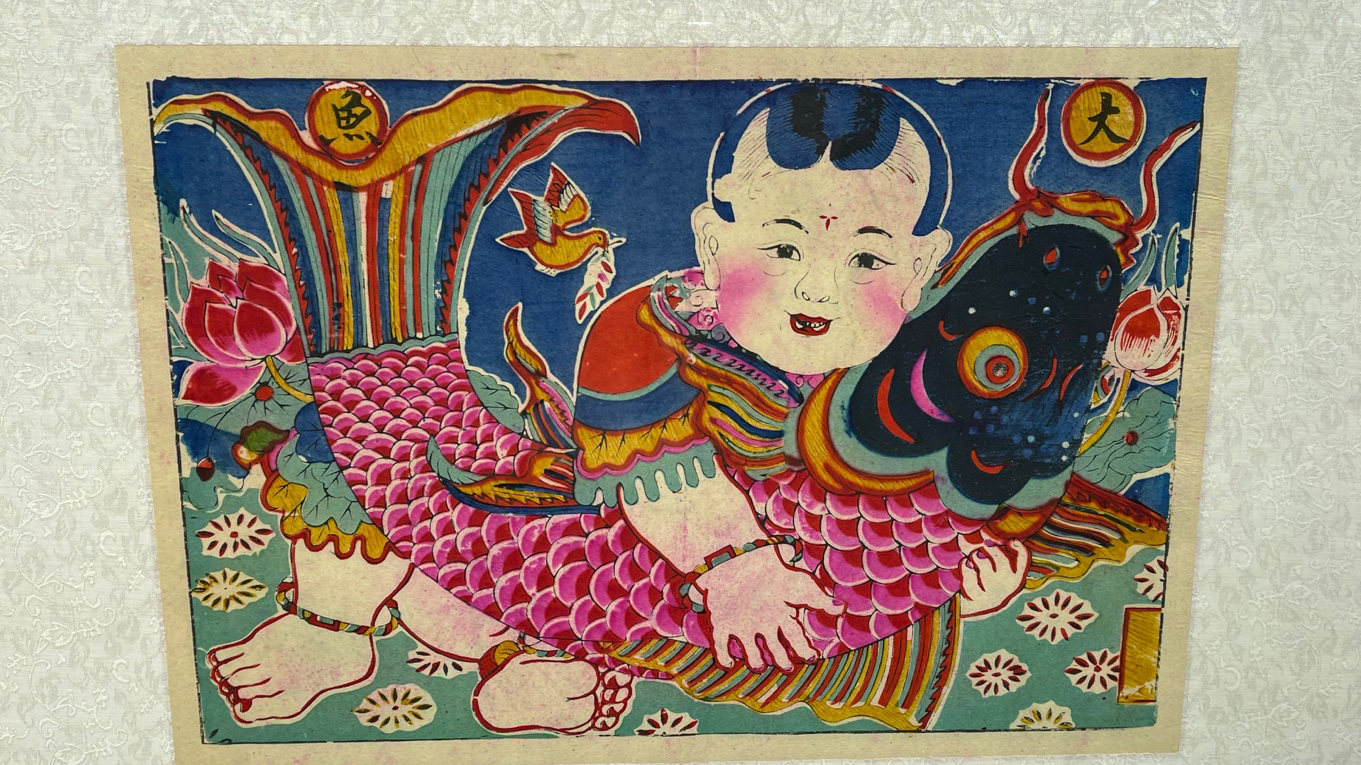 Chinese Lunar New Year is all about ushering in good health and prosperity, and anchored by time-honored customs. As the festival draws near, dozens of pieces of traditional folk art related to Chinese New Year are now on display at the capital's Yanhuang Art Museum.

From embroideries and paper-cuts made by local artisans, to New Year paintings printed by renowned studios across the country, the exhibition showcases a rich collection of folk art used to create festivity for the celebration.

Paper-cutting is a folk craft especially prominent during the Spring Festival. People paste intricately cut works on windows or hang them on doors using sticky rice glue. Although each part of China has different styles of paper cuts, these decorations typically contain auspicious symbols and words cut out from red paper. 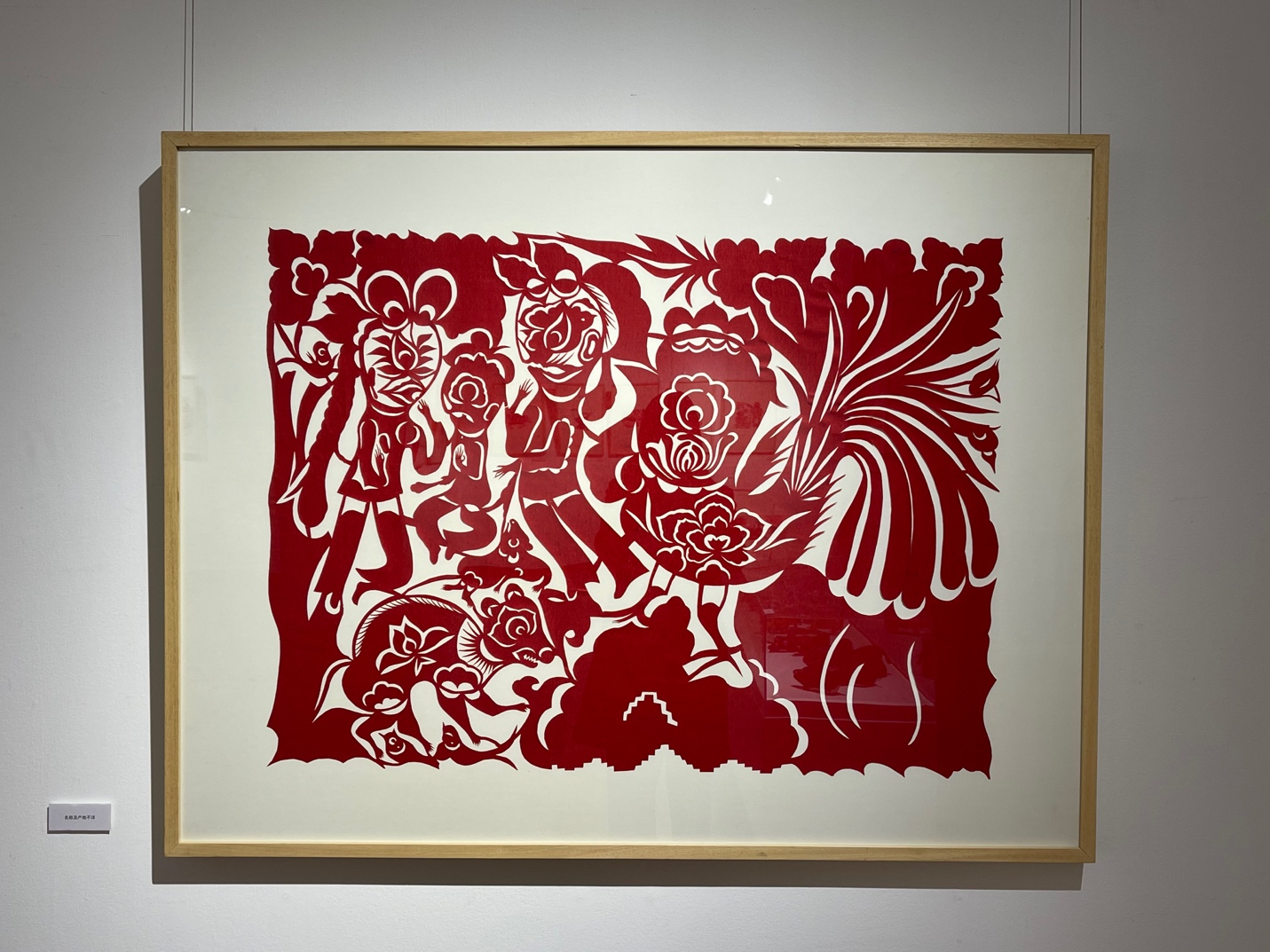 In ancient China, people believed pictures had a lot of power in changing events. So images of gods and spirits, along with Heaven and Earth, are constant features of Chinese folk art. People used them to decorate their homes for the Lunar New Year, to ward off evil spirits and bring health and good luck in the coming 12 months.

The museum also has a variety of "nian hua", or New Year paintings. These decorations are believed to bring peace and fortune to households. Door gods are pasted on the main door of a home to fend off bad luck. Pictures of chubby babies with lotuses and gold fish are also popular, as they symbolize fertility and many offspring. 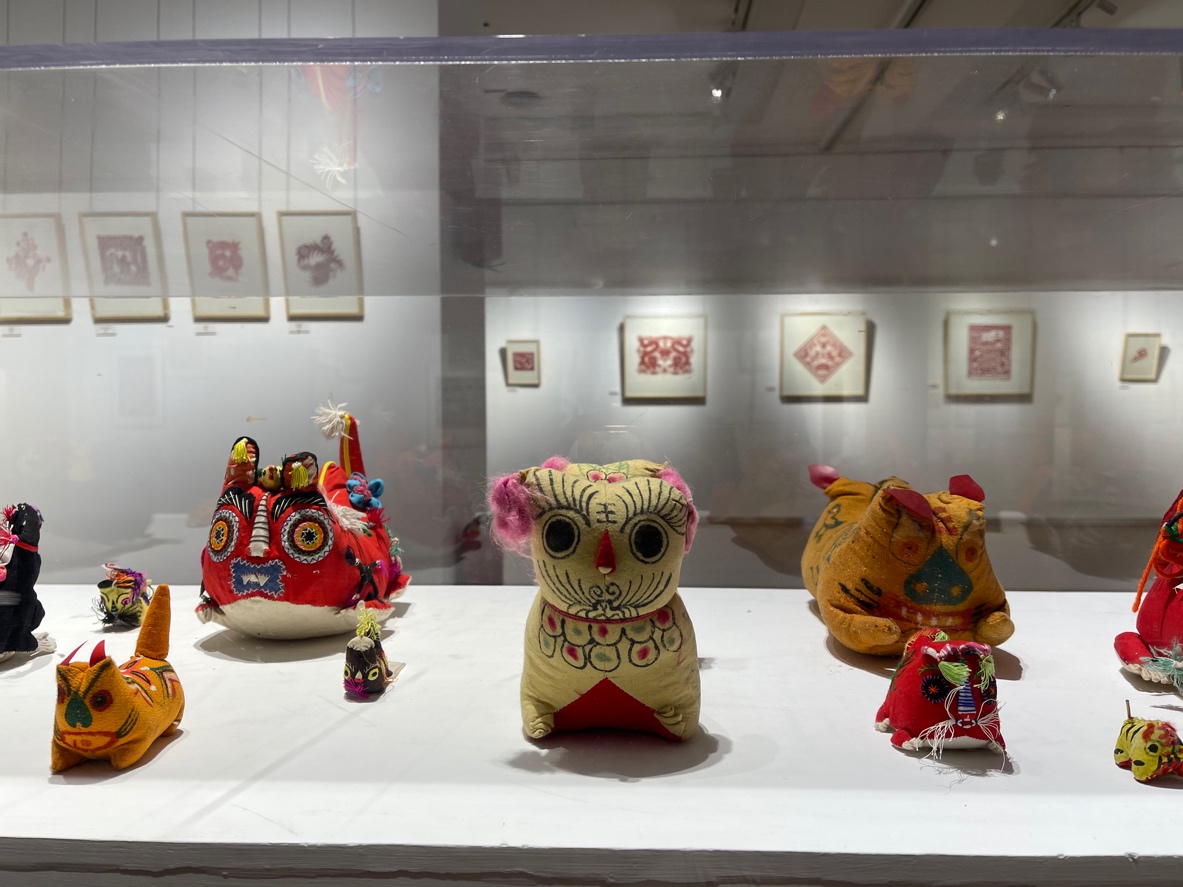 Another highlight of the exhibition is its vast collection of hand-made toys. Frogs, roosters and horses are hot picks. But the most popular is the tiger.

"When sewn onto clothing for newborns or young children, people believe the designs have the ability to scare off evil forces, and protect the wearer from harm, so they can grow up strong and healthy," Li says .

Chinese folk art has developed over thousands of years. It's not only rich in form but also deeply ingrained in customs and believes.

It is a vivid reflection of Chinese culture and the embodiment of Chinese people's wishes for good lives. 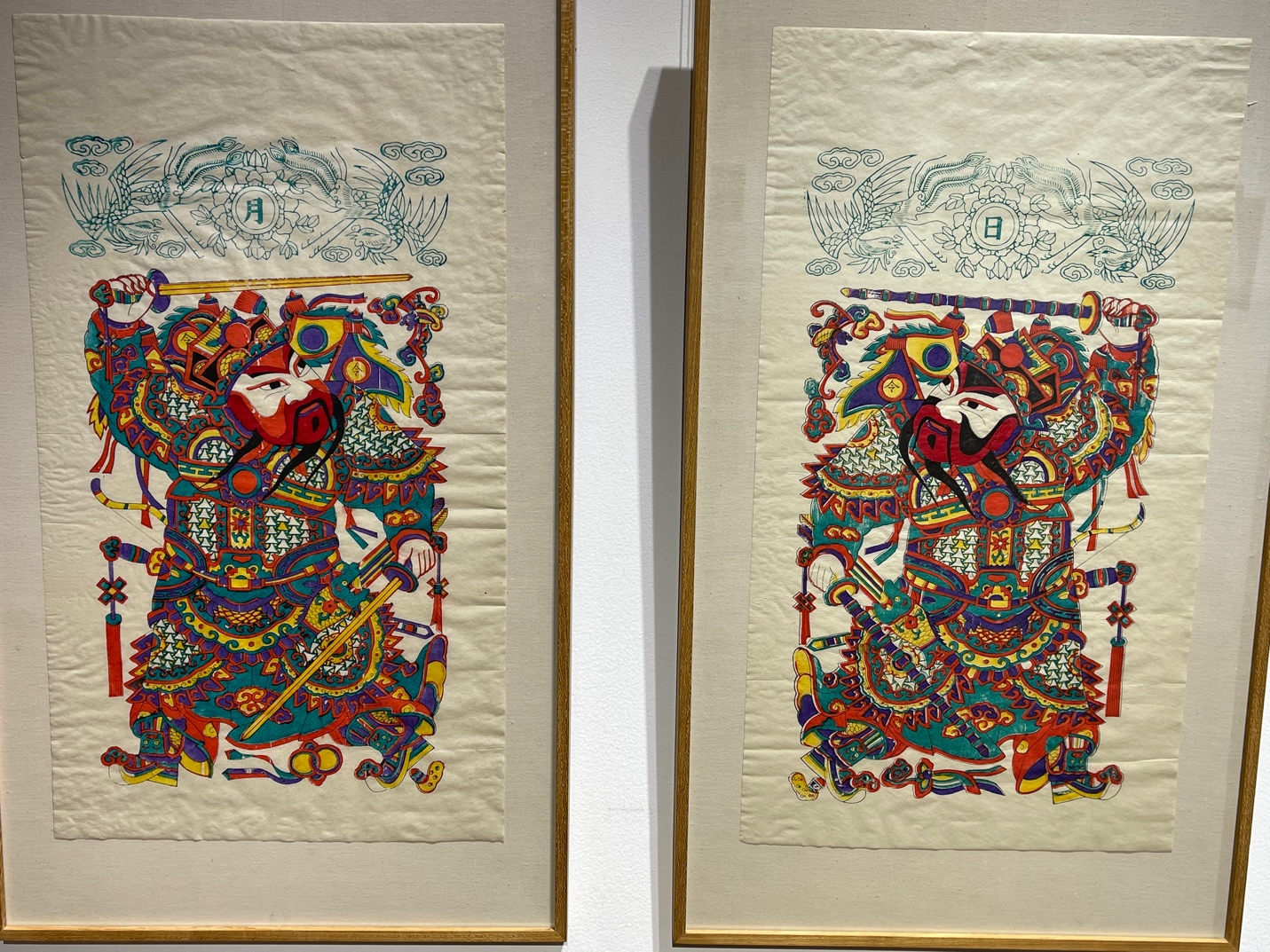