Download
Travelogue: The legend of the Chinese zodiac
By Megan Zhang 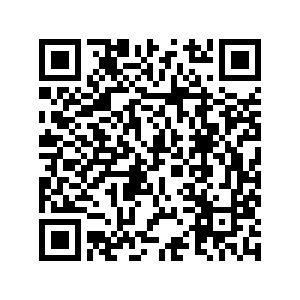 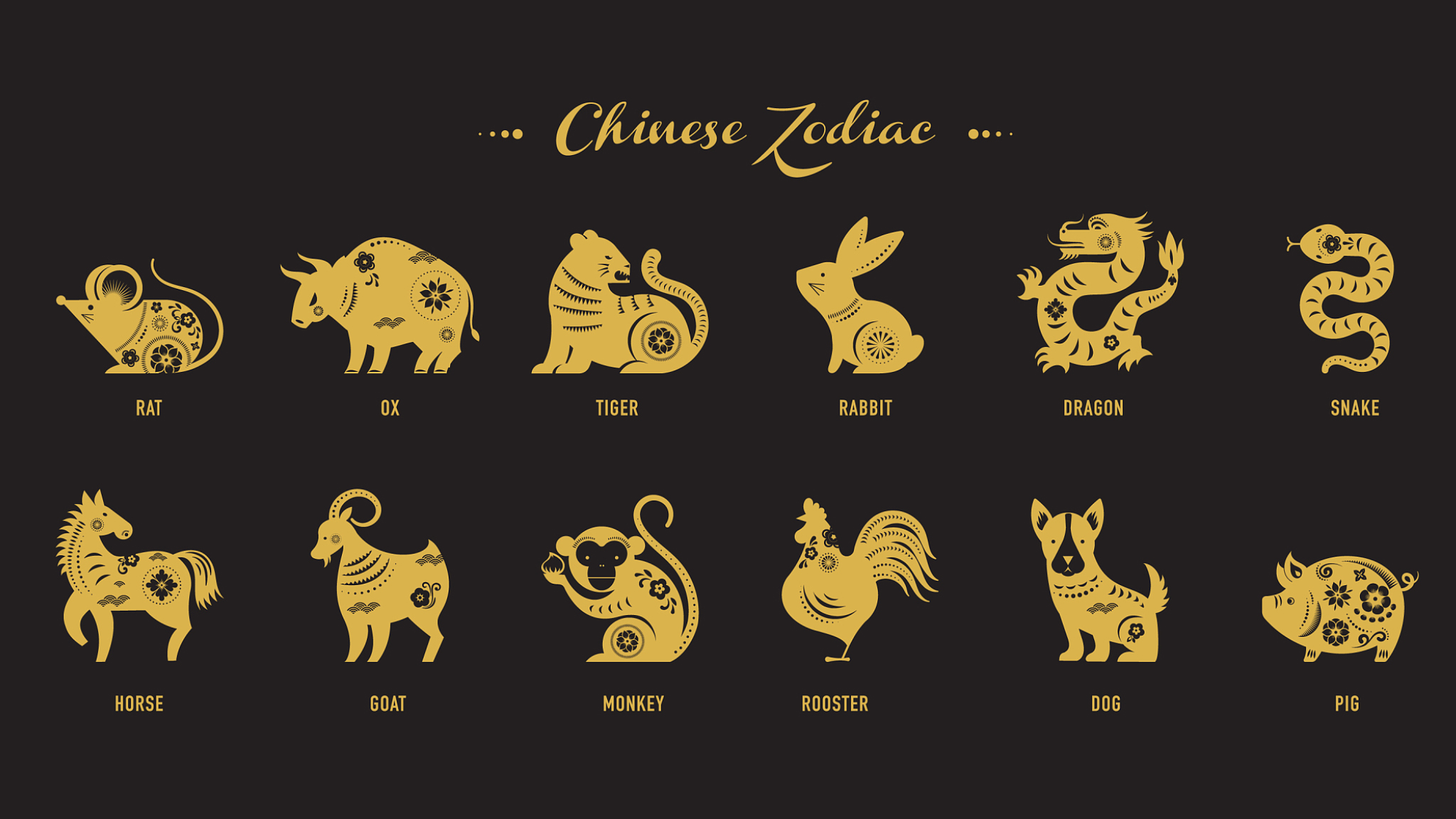 Twelve creatures make up the Chinese zodiac. Each calendar year corresponds with an animal. /CFP

Twelve creatures make up the Chinese zodiac. Each calendar year corresponds with an animal. /CFP

Twelve creatures make up the Chinese zodiac, with each calendar year corresponding to one animal. The Chinese Lunar New Year marks the move to the next animal in the zodiac. Whichever one corresponds to your birth year, is your zodiac animal.

After each twelve-year cycle, the animal line-up resets to the beginning, the twelve creatures each taking a turn. In order, the animals are rat, ox, tiger, rabbit, dragon, snake, horse, goat, monkey, rooster, dog, and pig.

In China, it's common for people to ask each other what zodiac animal they are, as different animals are commonly associated with different personality traits. But how exactly were these 12 animals chosen? As with so many ancient traditions in China, there's a legend to explain it – although it varies widely across the country. This is a commonly-told version. It explains the origins of the belief that people of a certain zodiac sign share common characteristics.

According to ancient Chinese folklore, the Jade Emperor wanted to select 12 animals who would represent the annual lunar cycle. He put out a call for interested animals to make their way to the Heavenly Gate; the first 12 to arrive would be chosen. 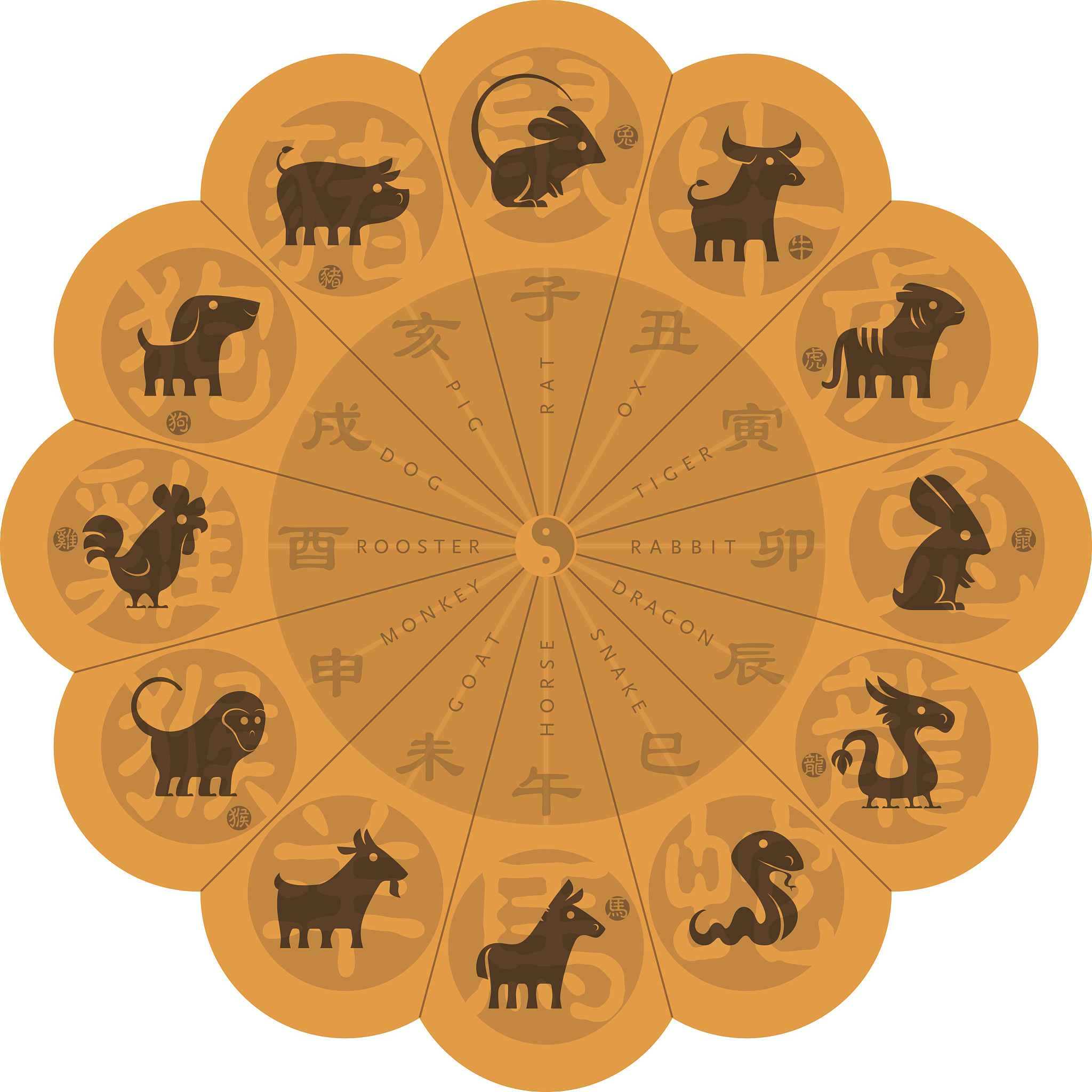 The twelve zodiac animals arranged in order as if on a clock face. /CFP

The twelve zodiac animals arranged in order as if on a clock face. /CFP

The quick-witted rat, an early riser, took the lead, but along the way, it came upon a river that it was unable to cross. Seeing an ox nearby about to wade through the water, the rat jumped on the sturdy animal, hitched a ride across and jumped off just in time to claim first place. That's why the rat is the first animal in the zodiac, while the composed and reliable ox is second.

A tiger arrived after an exhausting swim through the strong currents of the river. Courageous and competitive, it prevailed and came in third place. A rabbit followed in fourth; after some difficulty, it had found a floating log and used that to cross the choppy waters.

The fifth animal is the only mythical creature in the zodiac: the dragon. Legend has it that the charitable dragon pulled out of the race to save some nearby villagers who were fighting a fire. When it returned to the race, it saw the rabbit struggling to cross the river and used the force of its breath to help it reach the shore. 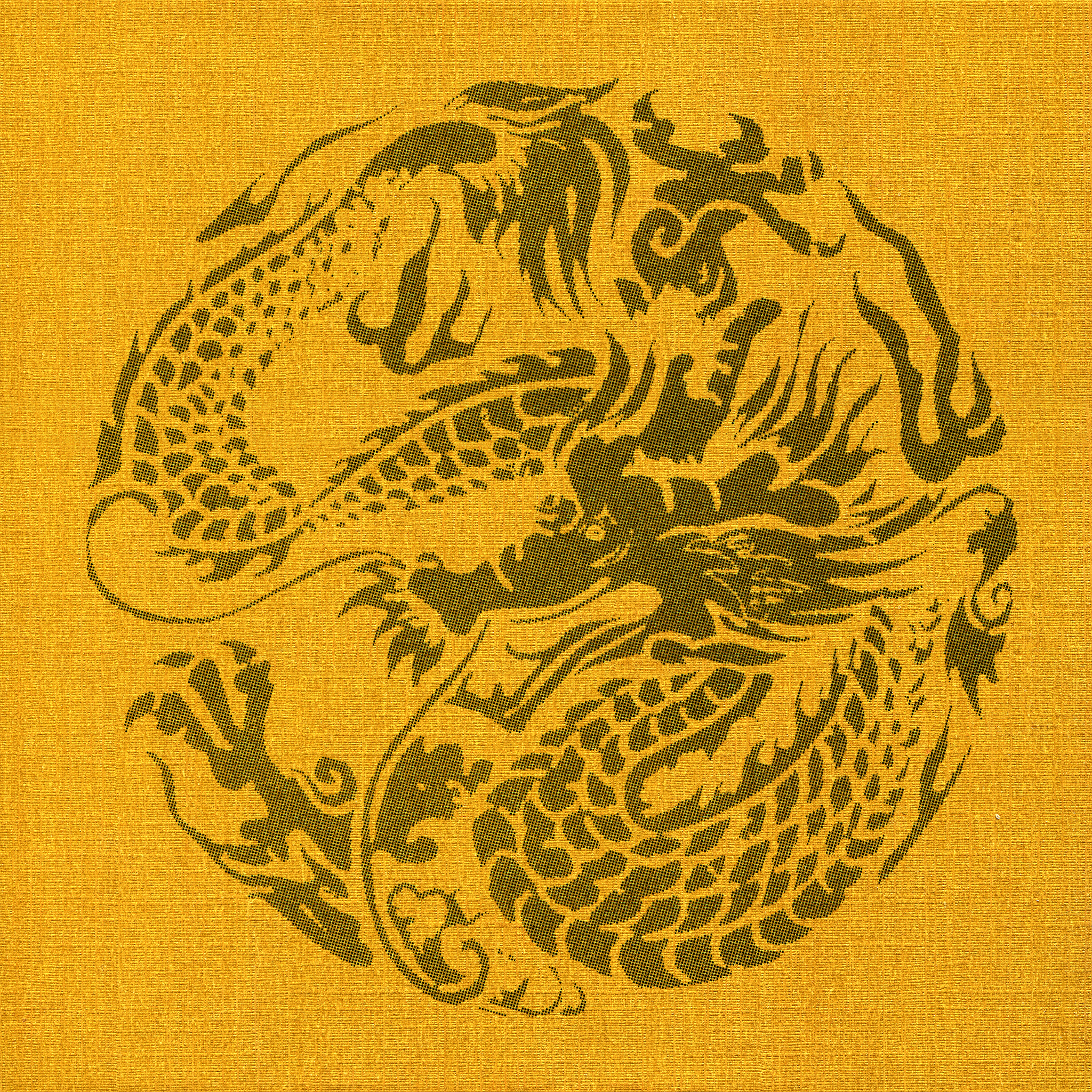 In Chinese mythology, the dragon is portrayed as a kindly creature. /CFP

In Chinese mythology, the dragon is portrayed as a kindly creature. /CFP

A snake was the sixth to arrive. As the story goes, a galloping horse should have been next, but it didn't notice that the cunning snake had coiled itself around its leg to make better time. At the last moment, the snake unwrapped itself, scaring the timid horse and pulling ahead. Thus, the horse came in seventh. 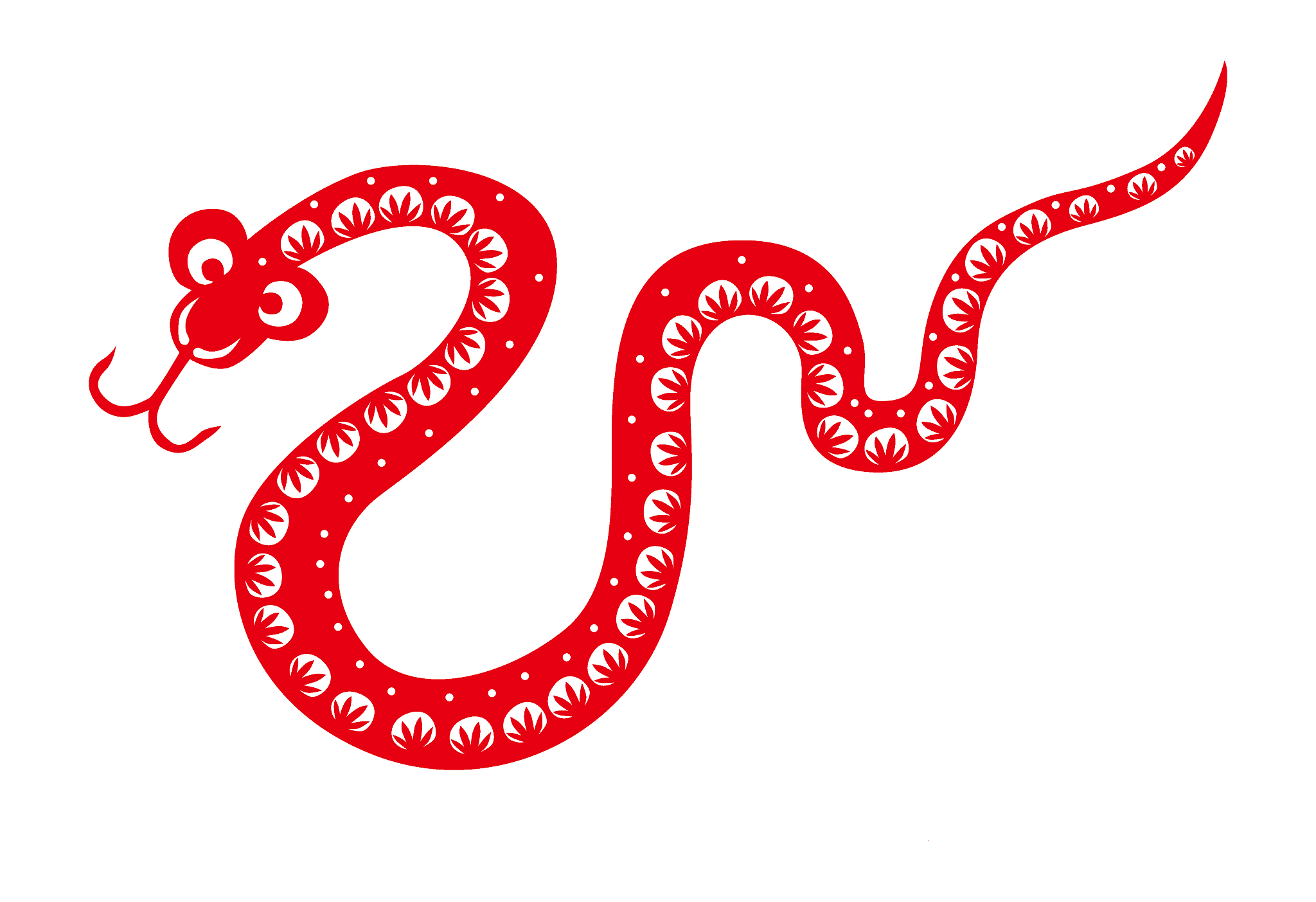 A goat, monkey, and rooster came in, in eighth, ninth and tenth place. Working as a team, they had found a small raft and together piloted it safely across the river.

A dog came in eleventh. It probably could have placed higher, but it was more interested in playing in the river than crossing it. The fresh, cool water had simply been too tempting, and it couldn't resist bathing in it.

As for the pig, well, it came in last because it stopped for a bite to eat along the way. After the snack, it got sleepy and took a long nap. It woke up just in time to claim twelfth place, bringing up the rear of the zodiac. 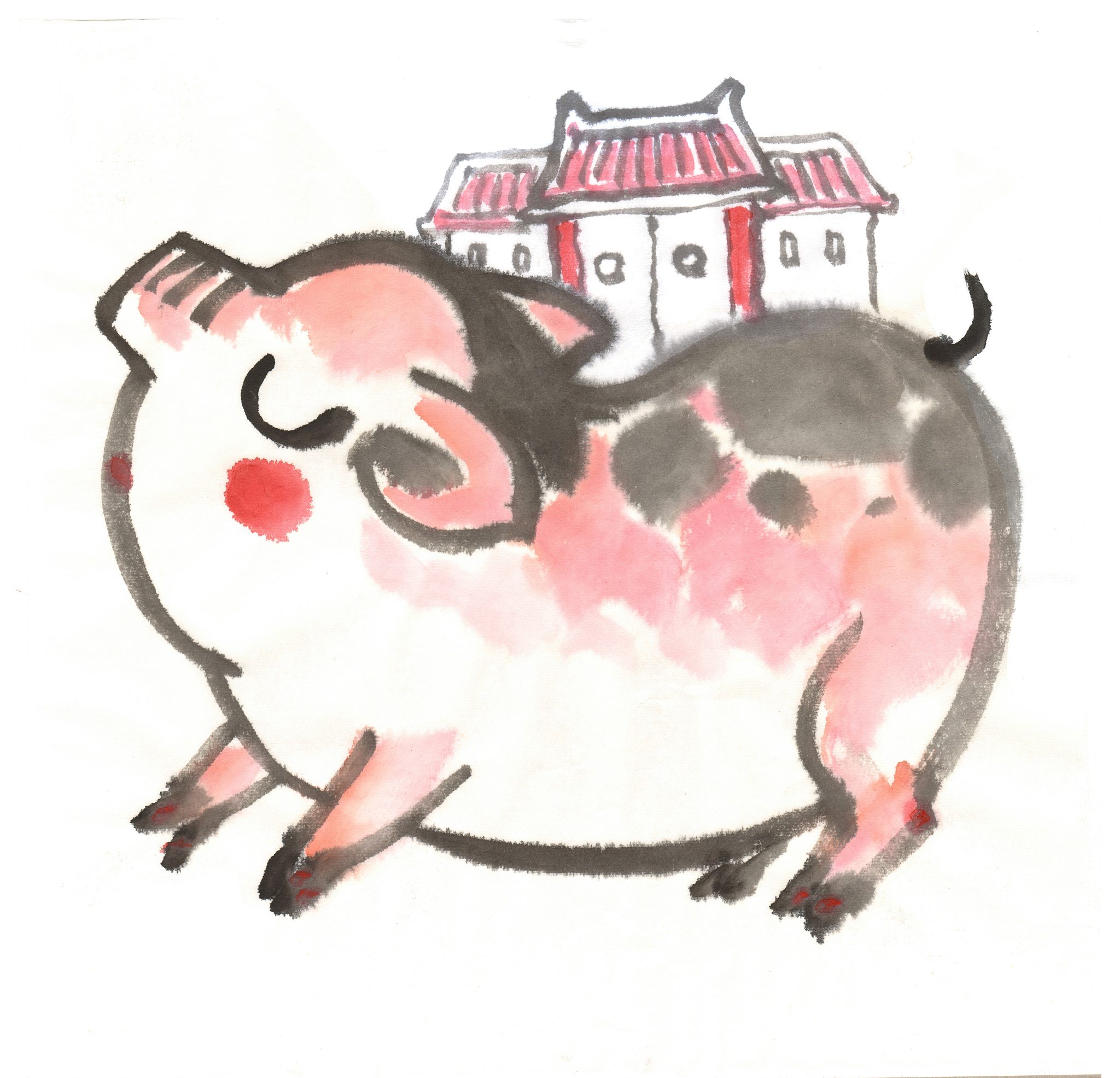 The pig woke up just in time to claim last place in the zodiac. /CFP

The pig woke up just in time to claim last place in the zodiac. /CFP