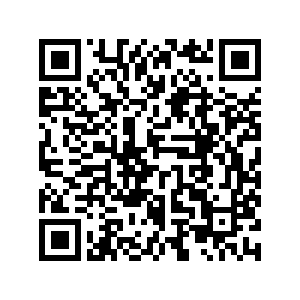 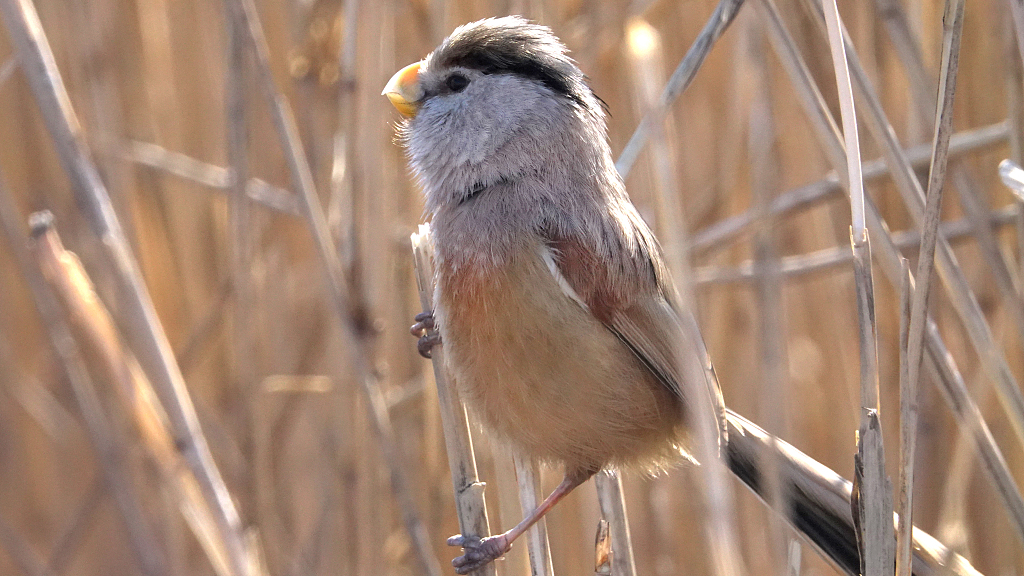 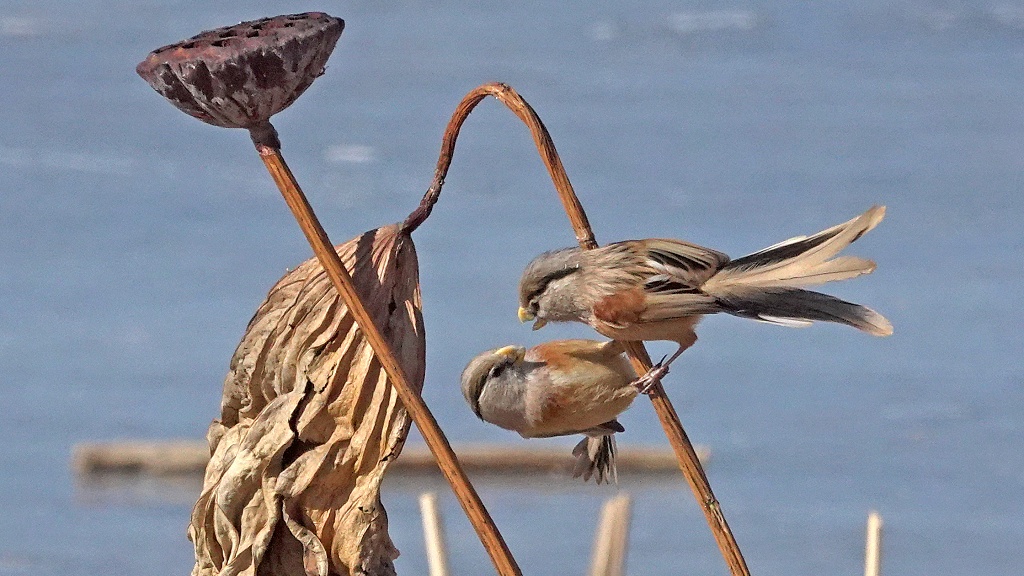 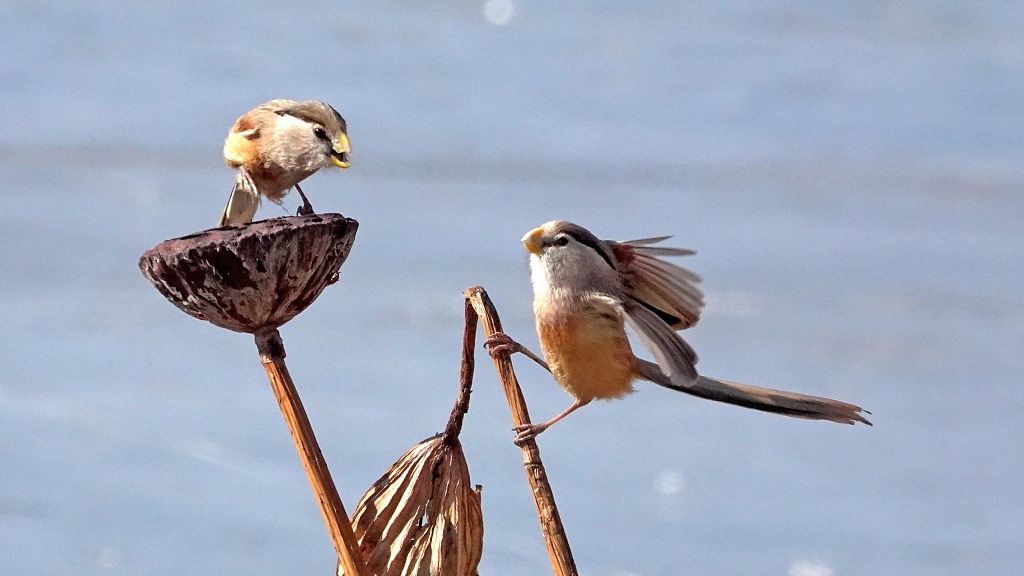 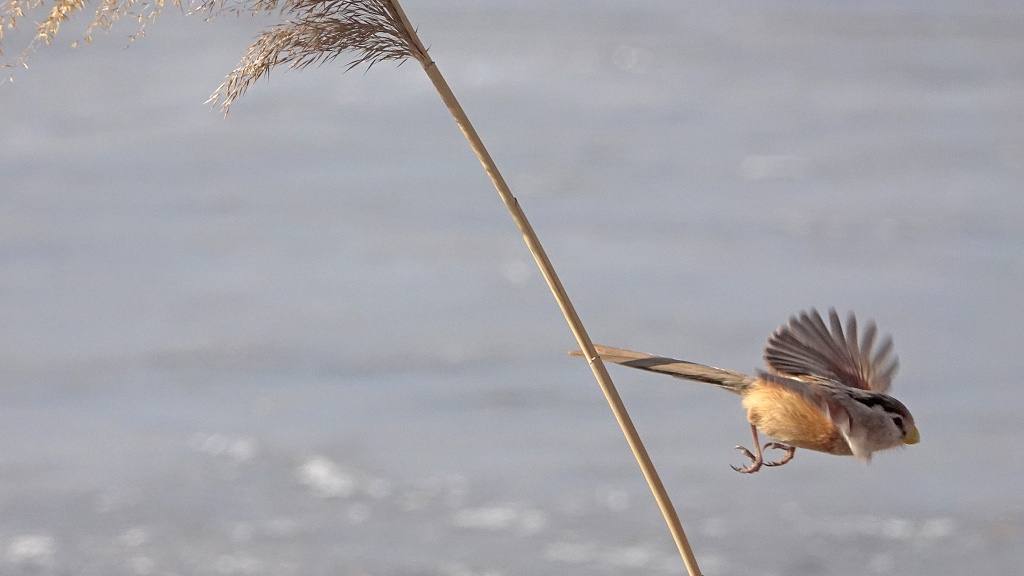 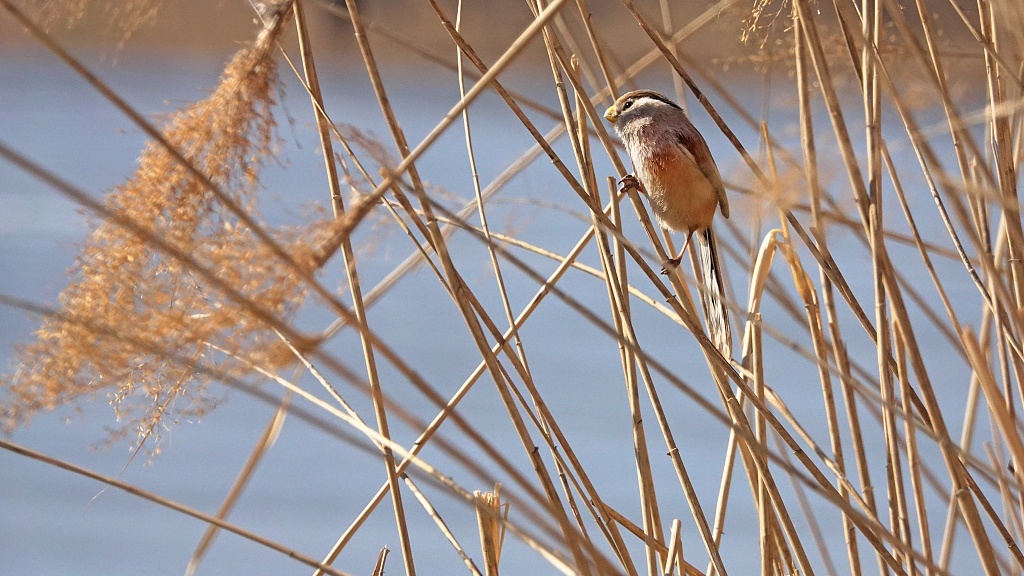 On February 1, several reed parrotbills, a near-threatened bird species, were spotted in the reed marsh of Wanping Lake in Beijing. They either rested on the reed, or jumped onto the withered seedpod of lotus to forage and play.

The reed parrotbill is a "near-threatened" species on the IUCN Red List as continued degradation and land reclamation have threatened the population. The bird is majorly found in east China. In Beijing, it has been spotted in places like the Beijing Olympic Forest Park where the environment is good with wetlands and flourishing reed marshes.