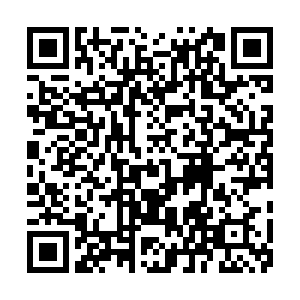 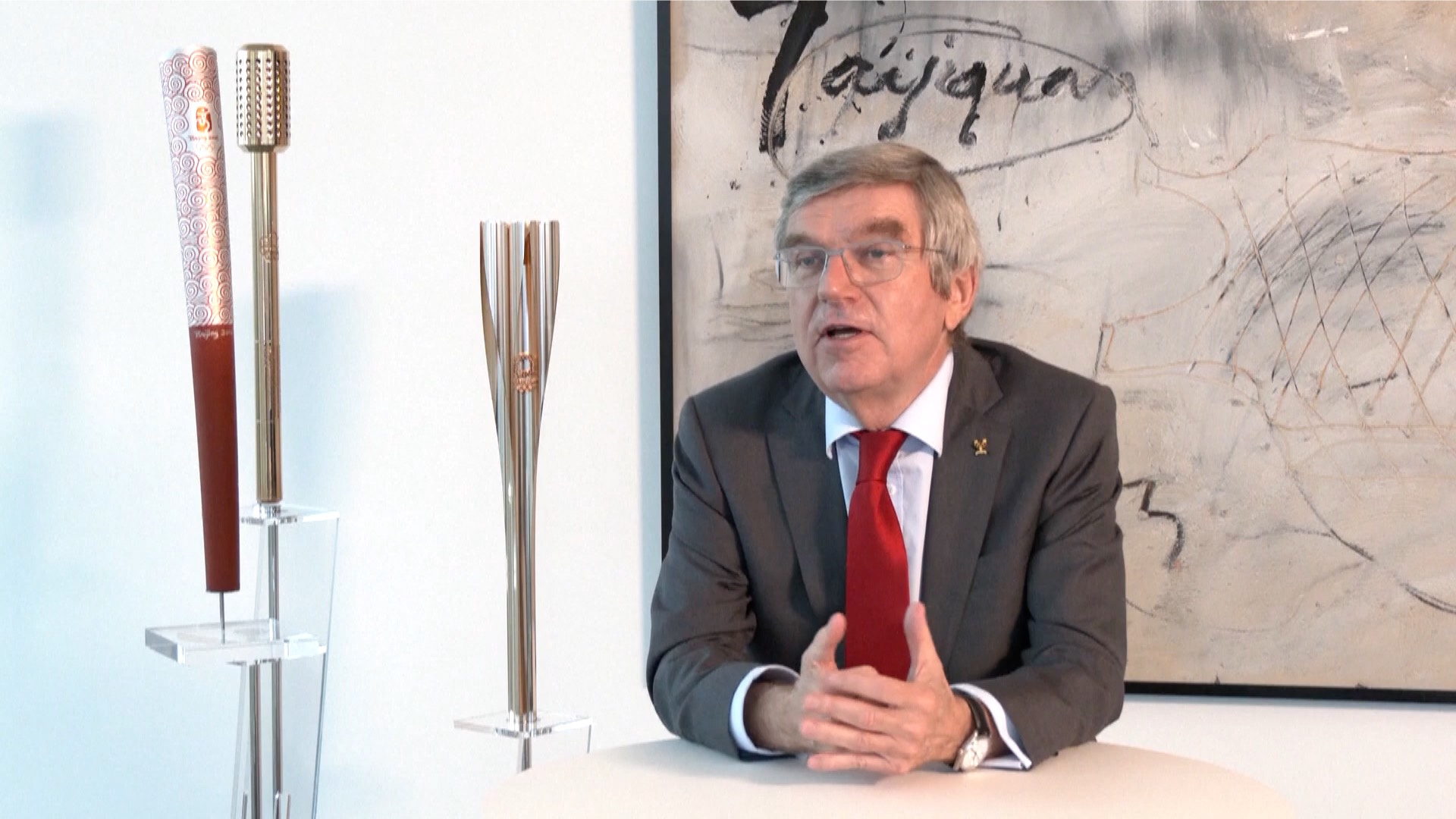 In an exclusive interview with the China Media Group (CMG), Bach praised the preparatory work for the Games and expressed full confidence for the much-anticipated event to be held successfully.

"I extend our great satisfaction with the state of preparation, because despite of the pandemic, all the venues are ready one year before (the Winter Games)," said Bach.

"I think that's a great example of Chinese dynamism, determination and efficiency." 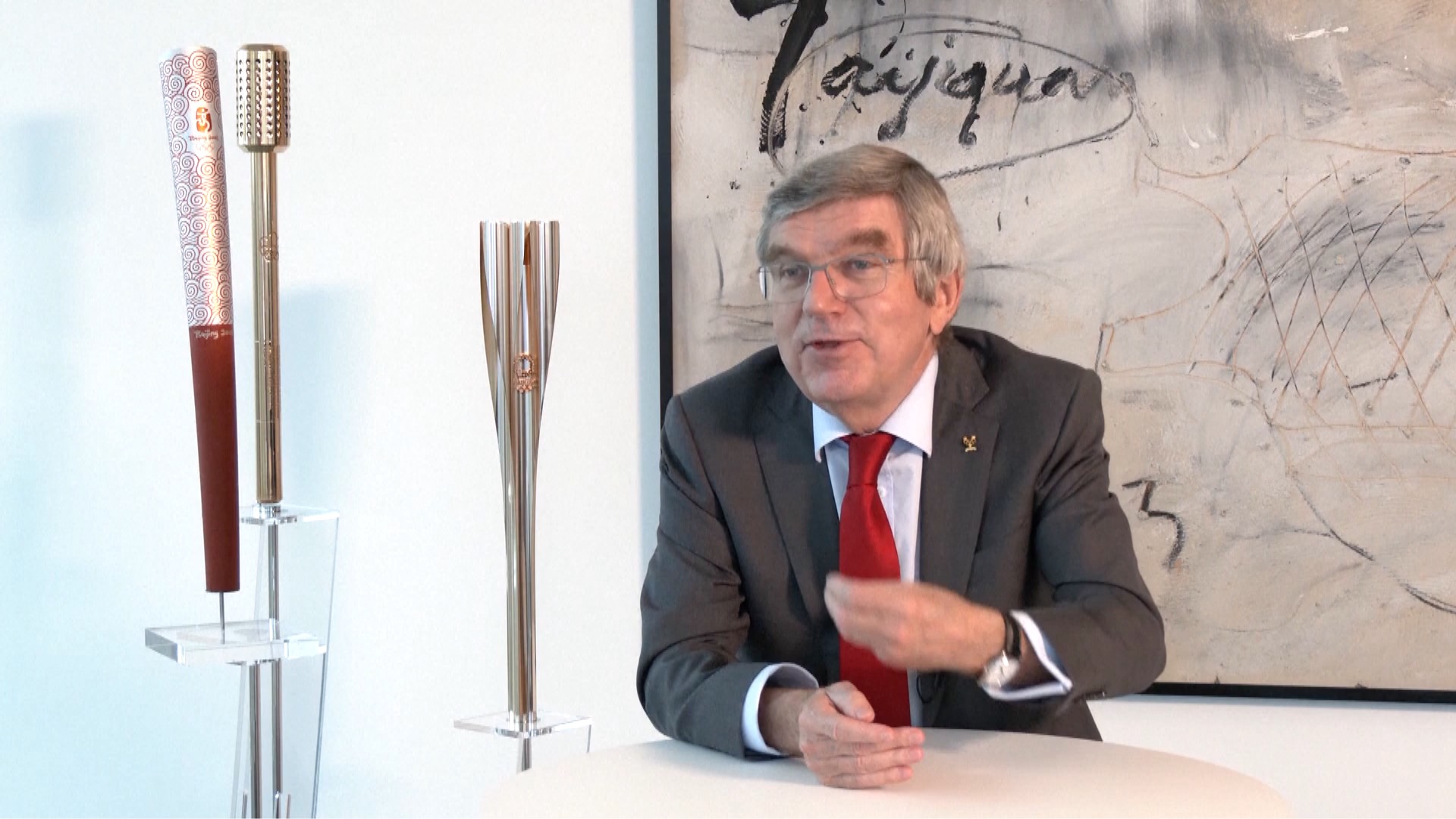 Beijing Winter Olympics carry the vision of engaging 300 million Chinese people in winter sports. Bach said the legacy has already taken shape even before the Games.

"We see these numbers are being on the way to be achieved. We've crossed by far the 200 million line," said Bach.

"From these Olympic Games and from this vision, not only the Chinese people will greatly benefit, [but] also the global winter sports."

According to Bach, the Beijing Winter Olympics will be a landmark in the history of winter sports, with 300 million or more people newly-engaged with the sports.

"For the Chinese athletes, it will be a great opportunity to demonstrate the progress they have already made in such a short period of time. We are sure they will make the Chinese proud a year from now." 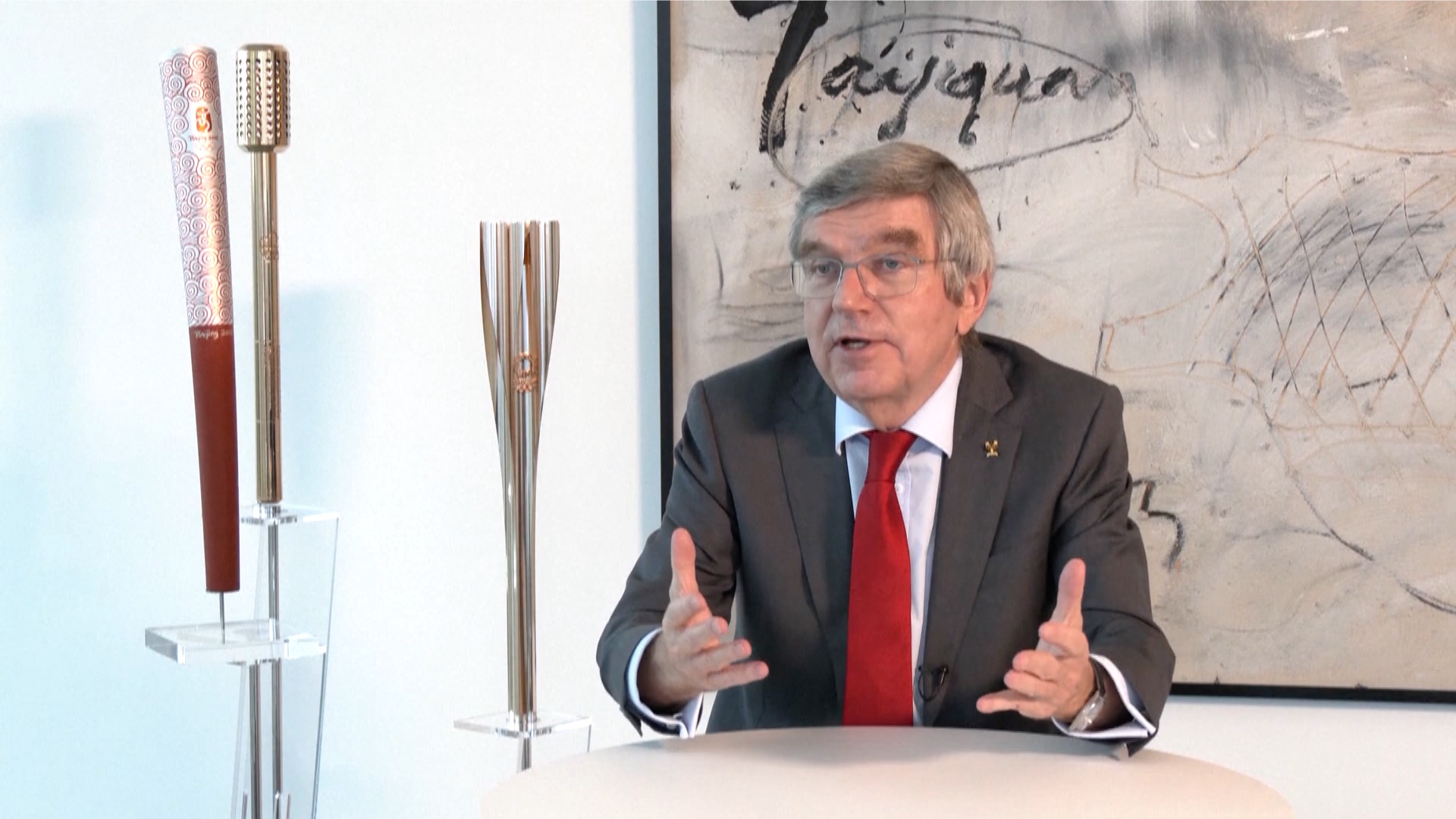 Beyond the vision of engaging a large population in winter sports, Bach also praised Beijing 2022's contributions to the local economy, a legacy which has already been secured even before the Games.

Referring to the venues which were built for the Games, Bach emphasized their legacy as they have turned the mountain area into four-season tourist destination to benefit the local economy as well as people's health, both physical and mental.

These achievements, according to Bach, will make the Olympics more inclusive as more people will be able to better appreciate the performance of winter Olympics athletes once they engage with the sports.

"They will follow these Olympic Games in a very different way. ...They will feel the Olympic spirit much closer and much deeper than they would without these engagement." 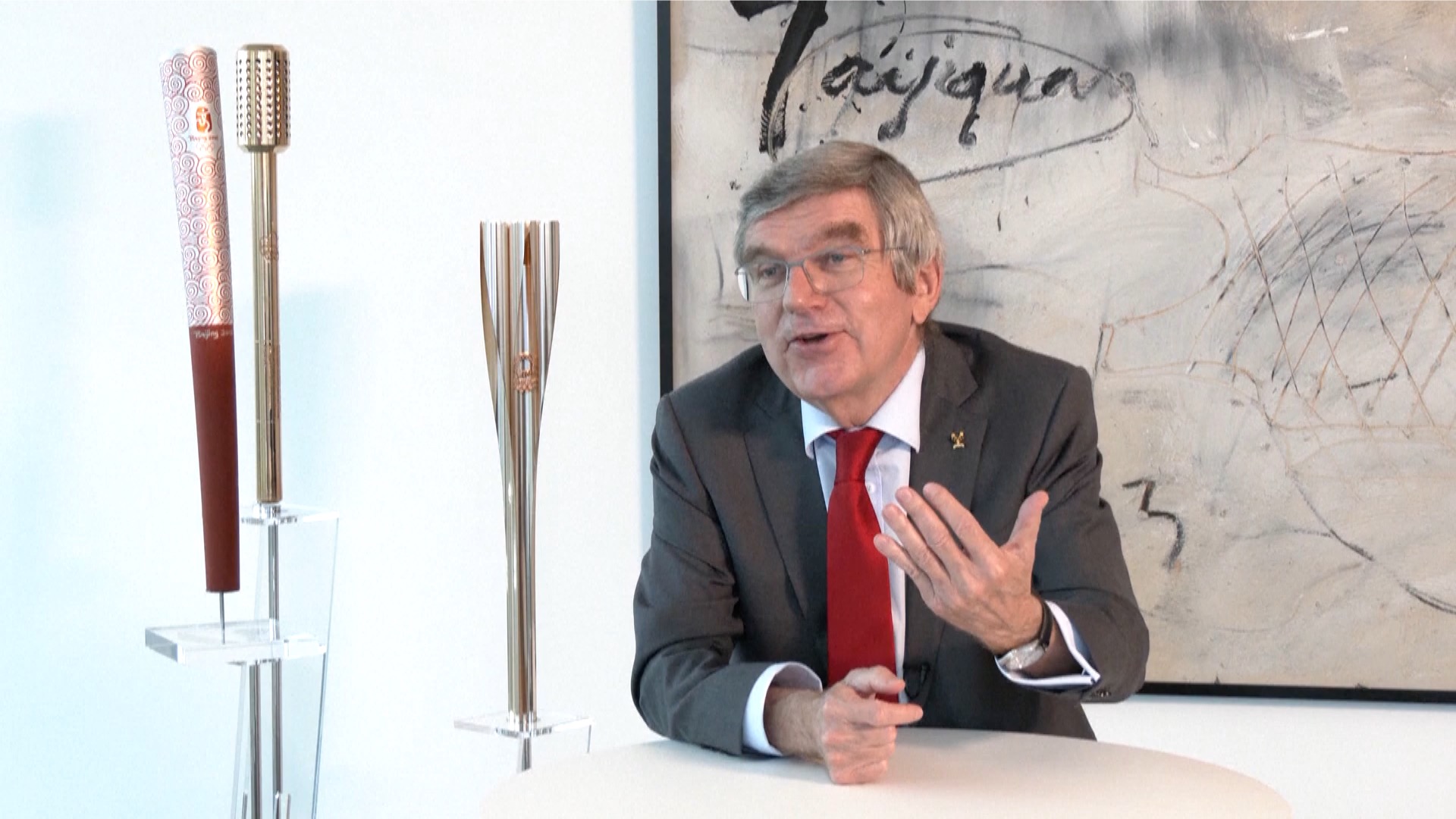 By hosting the Winter Olympics, Beijing will become the first city ever to host both editions of the Games – Winter and Summer. The city is also benefiting from the legacy of the 2008 Beijing Summer Games by reshaping some venues back then to serve for Beijing 2022.

"These will make some people look with really great eyes when they see the water cube being turned into the curling venue for instance," said Bach, who also pointed out that these Olympic Games will fit into the post-coronavirus world.

"There will be a great emphasis on sustainable development," said Bach. "With regards to environmental protection, we see a very ambitious and innovative approach."

Bach praised the Beijing 2022 Organizing Committee for its commitment to deliver carbon-neutral Winter Games and the green energy being used to power venues, such as solar and wind energy sources.

"All these are great contributions to sustainable development and to the sustainability of winter sports."

The mission of the Olympic Games 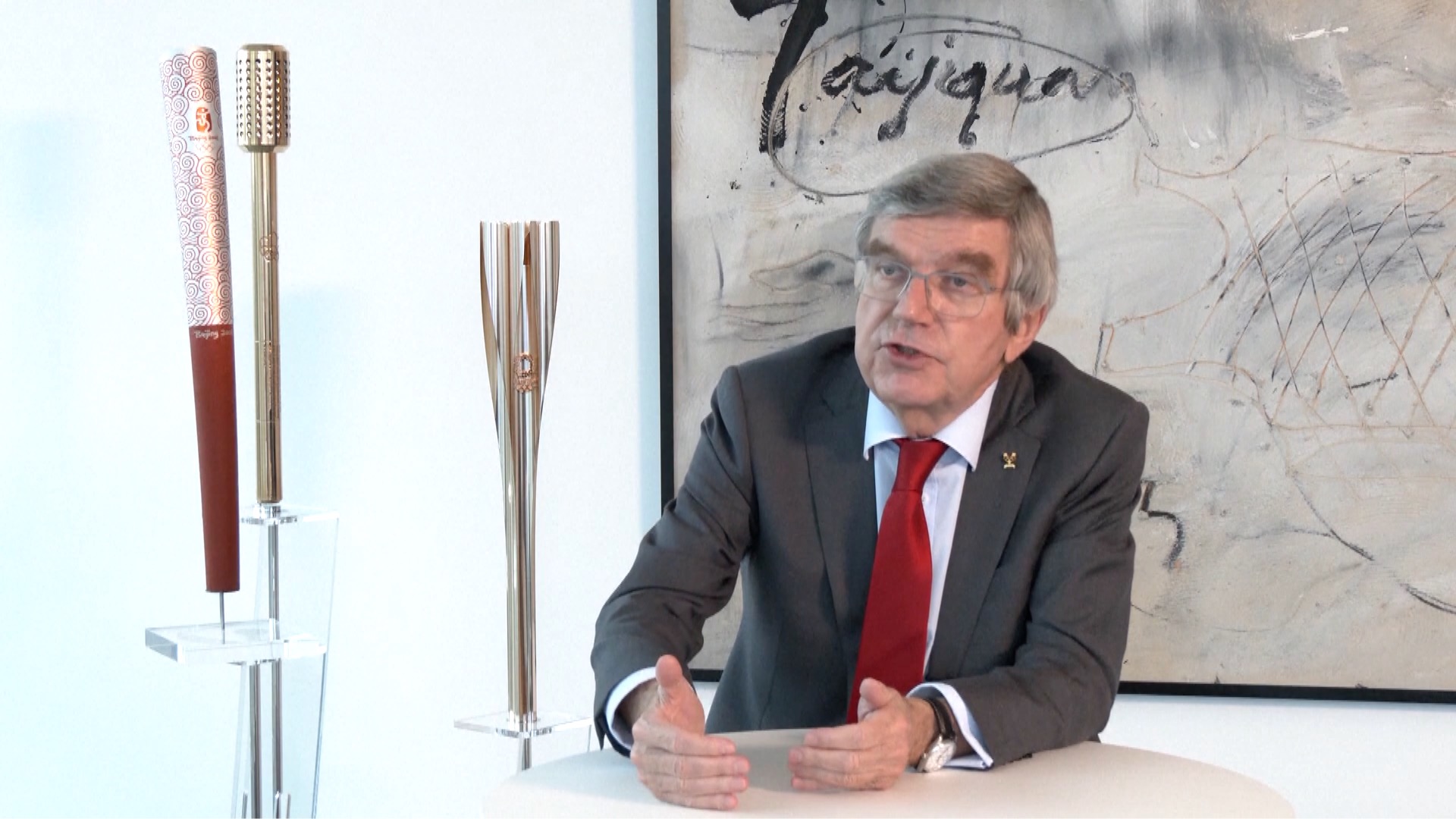 Bach said the IOC has an excellent cooperation with Chinese President Xi Jinping and China in all Olympic-related measures.

According to Bach, the same mission was also reflected in the recent initiatives of the G20 Summit and the UN resolution, which were supported by Xi. 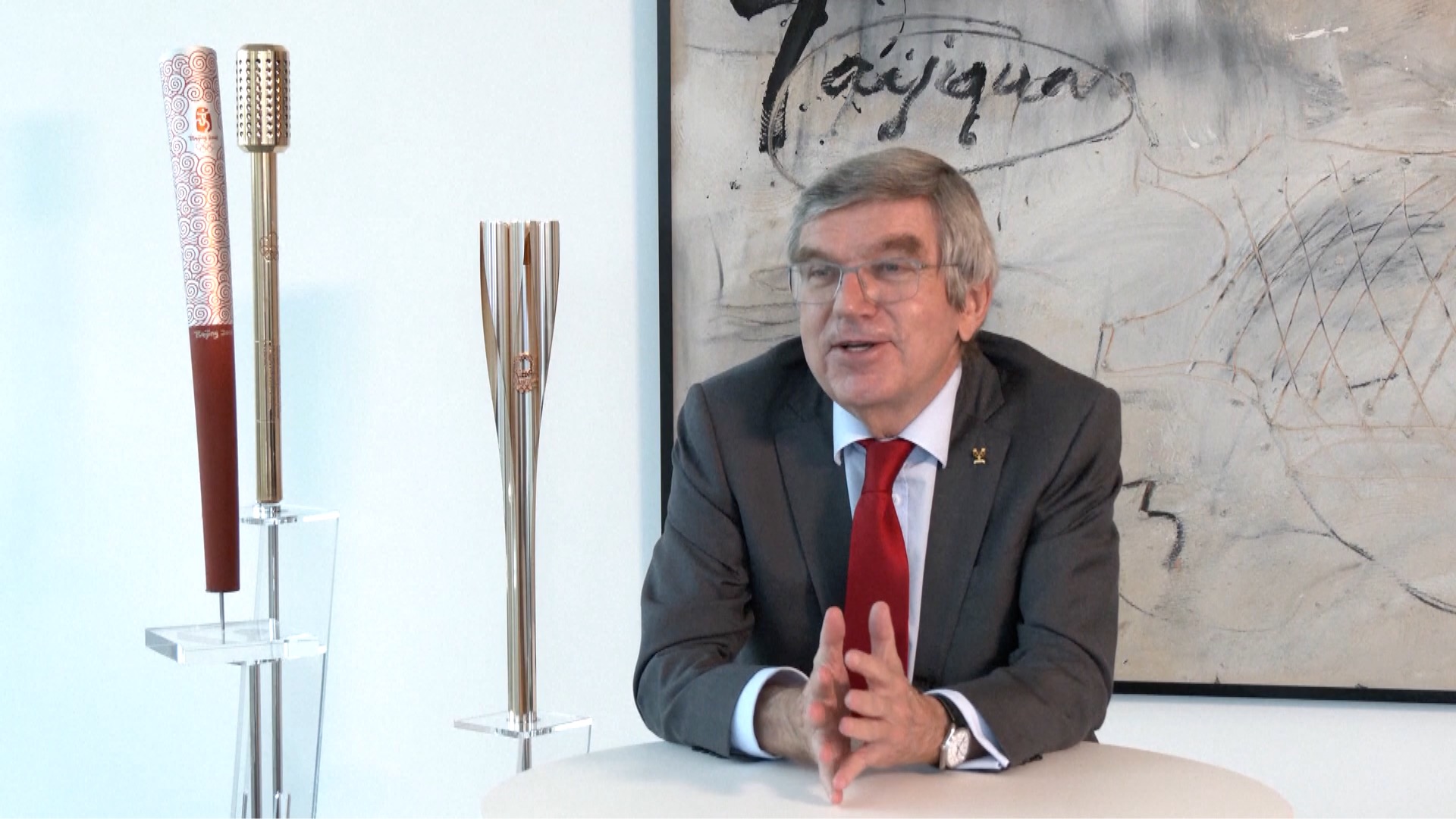 Bach spoke highly of Xi, emphasizing the importance of sports in schools and universities as well as appreciating the excellence of sports and the dedication of athletes to their goals.

"President Xi appreciates very much the values of sports and its contributions to society," said Bach.

"Therefore, I can really say I think he doesn't only appreciate the sports, he is a passionate fan of sports and the Olympic Games."