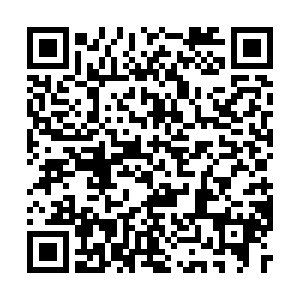 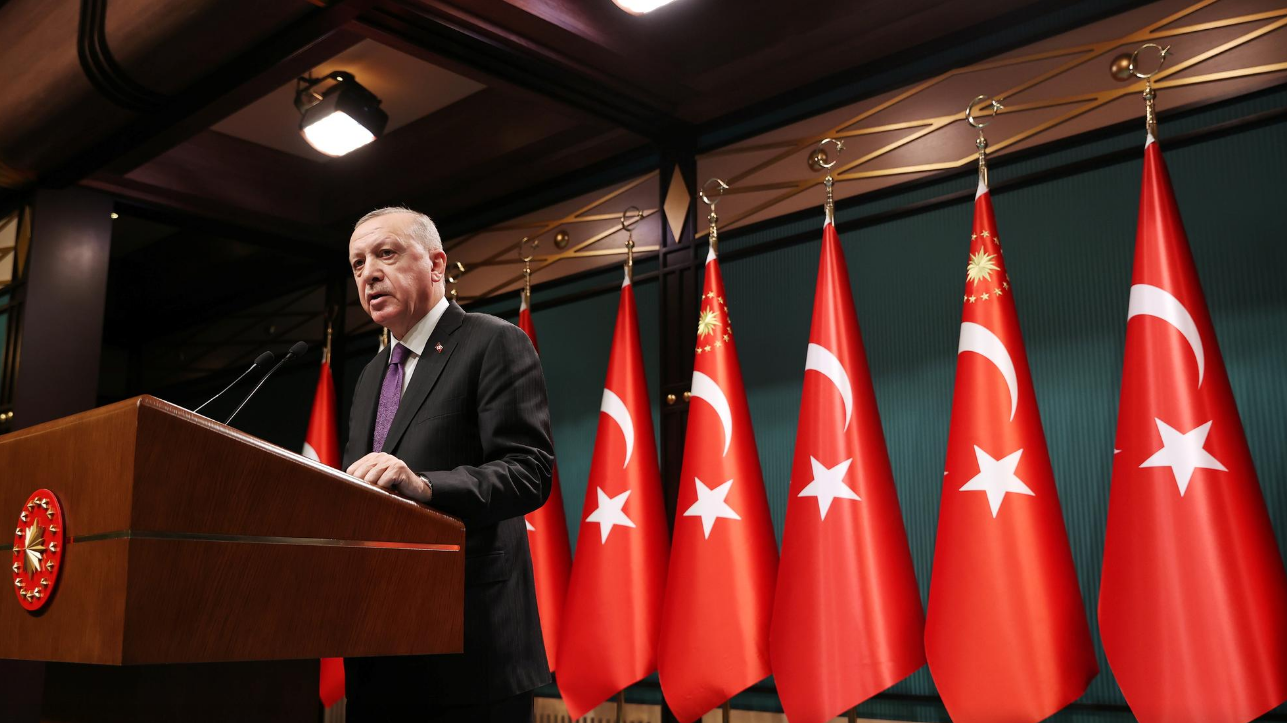 Enduring years of economic turmoil, Turkish President Recep Tayyip Erdogan has launched a charm offensive for cooling down tensions between Turkey and the European Union (EU). However, experts have cast doubt on the effectiveness of the new offensive that is a 180-degree turn from the erstwhile antagonistic approach perpetuated by the conservative leader.

Turkey, a potential candidate to join the EU, has been moving increasingly away from the regional bloc as the two sides clashed over a growing list of issues over the last few years. Erdogan has led a foreign policy campaign devoted to projecting Turkey's influence, moving in directions entirely opposite to the EU and speaking in manners that deeply angered European leaders.

But a shift in Erdogan's attitude has been detected since November last year, when Joe Biden, who has called the Turkish president an "autocrat," was elected into office. Touting that 2021 could be a new start, Erdogan has repeatedly said Turkey wants to "turn a new page in its relations with Europe and the U.S."

For the sudden change of course, some argue that Erdogan needs to revamp his ties with the EU to hedge against a potentially hostile U.S. administration, while others say he is trying to reshape Turkey's image to pave the way for future rapprochement with Washington. Either way, the effort to appeal to Europeans is evident, and it seems the Turkish president has put words into action. 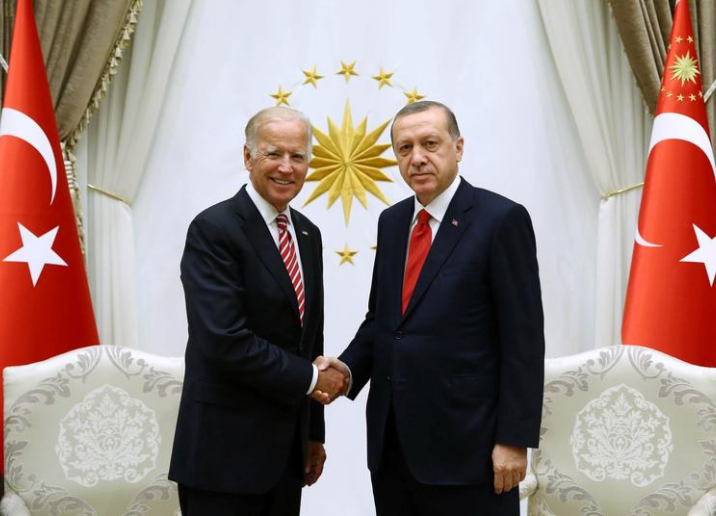 In August 2016, Turkish President Tayyip Erdogan (R) met with Joe Biden when he served as vice president in the Obama administration. /Reuters

In August 2016, Turkish President Tayyip Erdogan (R) met with Joe Biden when he served as vice president in the Obama administration. /Reuters

Last week, Turkey and Greece resumed talks over their contested maritime claims in the eastern Mediterranean after weeks of tensions that culminated in a collision between their warships. Ankara, appearing to be more enthusiastic than Athens in the talks, said it is willing "to find a solution to all problems." "Our will to do that is strong," said presidential spokesman Ibrahim Kalin after the latest round of discussions.

The long-running maritime disputes reached a flashpoint last year after Turkey unilaterally began its hunt for natural gas in the disputed waters. The EU, which blamed the naval standoff on Ankara's "provocative activities," responded by threatening sanctions on Turkey. Though initially undeterred by potential sanctions, the Turkish president has later made a diplomatic move that opened the path for the resumption of talks with Greece.

"His move has highlighted the eagerness to reach reconciliation with the EU as a whole," said Muhammet Mustafa Aydogan, director of Bosphorus Center for Asian Studies, a think tank based in Ankara. "In order to put its relations with the EU on the right track, Ankara first needs to address its deteriorating ties with Greece."

Erdogan's diplomatic outreach to Greece is the latest of a string of olive branches he has extended to the EU. Last month, he suggested that the 2016 EU-Turkey migration deal – which seeks to control the crossing of refugees and migrants from Turkey to the Greek islands – could be updated, signaling the willingness to address the Syrian refugee crisis that played out through the first half of last year. He also exchanged letters with French President Emmanuel Macron, demonstrating a goodwill gesture that raised the prospect of rapprochement after the two traded personal barbs on several occasions.

Yet many believe Erdogan's overtures do not signify a major strategic shift in his approach to the EU. "He has long derailed Turkey from the ideological path that the EU is adhered to, emphasizing more on its Islamic identity rather than the secular character pursued by previous Turkish administrations," said Tang Zhichao, director of political studies at the Institute of West-Asia and African Studies at the Chinese Academy of Social Sciences. "Although what he said in the past few weeks indicated the intention to revive Turkey's bid to join the EU, the list of EU demands is long and he is unlikely to offer anything substantial." 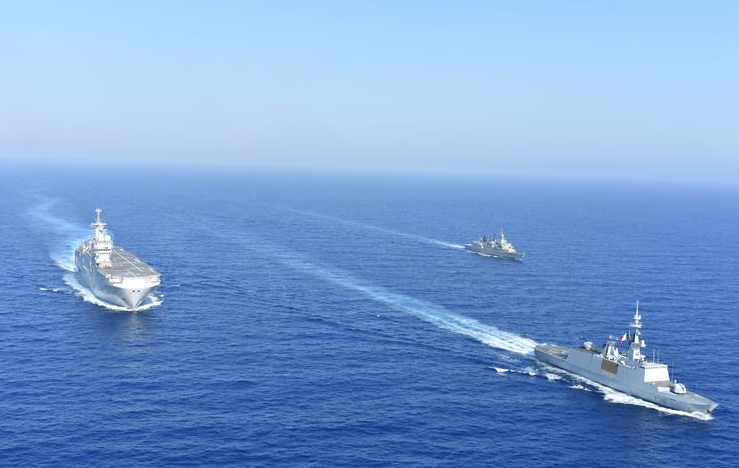 Greek and French vessels sail in formation during a joint military exercise in Mediterranean sea. /Reuters

Greek and French vessels sail in formation during a joint military exercise in Mediterranean sea. /Reuters

"What he really wants to achieve is to defuse the immediate tension, which will allow Turkey to at least catch a break in its long-running financial quandary," Tang told CGTN.

Maintaining stable relations with Brussels is of vital importance to Turkey's economic health, as frictions between the two sides have the potential of suppressing Turkish exports as well as dampening European investment in the country. The EU is Turkey's largest trading partner. In 2020, half of Turkey's exports went to EU countries. There are also speculations that some European enterprises chose to pull out their investment because of political reasons.

"The EU may be viewing Turkey's ongoing economic struggles as an opportunity to apply pressure, and the threat to impose sanctions has touched on its weak spot," Aydogan told CGTN. "For Ankara, it almost feels compulsive to amend its ties with the EU because of the worsening economic conditions."

But Turkey's economic crisis did not just break out recently. As a result of Erdogan's constant head-on clashes with his Western neighbors, the Turkish Lira has been in a persistent free fall for years. Knowing that standing against the West could seriously hurt Turkey's economy, the president did not give in. He continued his blunt style and spiky rhetoric and further alienated Turkey from the EU. Fueling Erdogan's often combative language is the country's largely conservative electorate and the nationalist political platform he has built with his coalition partner.

"In a country rife with nationalist sentiments, the Turkish public has largely supported Erdogan's ideological position, which has always been the chief motivating factor for his foreign policy choices," Aydogan said. "But at the moment, I believe Turkey's financial struggles have prevailed as Ankara's main concern, with the EU's threat to place sanctions being the immediate trigger for Erdogan's change in rhetoric."

"It is more of a tactical shift. Erdogan wants to make minimal efforts to win back the Europeans, but he will not compromise on issues he deems essential to secure his electoral base and maintain his domestic standing," Tang said.

In promoting his "2021 new chapter," Erdogan has also pledged to raise the standard of Turkey's democracy, rights and freedoms, which has long been a major source of tension between Turkey and the EU. While European diplomats have mostly greeted Erdogan's initiatives with applause, they remain skeptical of his sincerity, casting doubt on how far he would go.

"In the short run, EU-Turkey relations may not rebound because of the profound disagreements that have set them apart," Aydogan said. "Even in the case of the eastern Mediterranean dispute, where exploratory talks have already been held, more concrete steps are required to see tangible results."