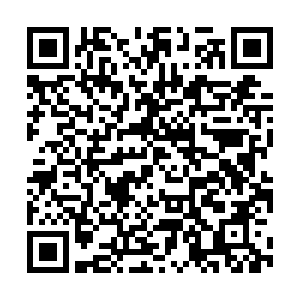 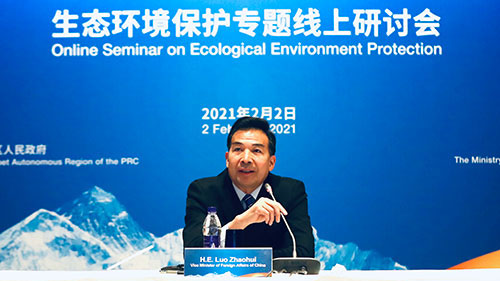 China's Vice Foreign Minister Luo Zhaohui and other experts have called for increased international cooperation to protect the environment of the trans-Himalaya region, a broad swathe of mountainous terrain which includes areas of China, India, Nepal and Pakistan. They were speaking at an online forum on Tuesday.

Officials and experts have hailed China's efforts to promote green development and combat global climate change. These were among the key themes in the discussion on joint work to protect the trans-Himalaya region.

Luo urged efforts to promote international cooperation to a new level. He said the countries in the region have deeply connected histories and their economies are highly complementary. "We look forward to the countries, especially those with close economic, trade, cultural and historical ties with the trans-Himalaya region, paying more attention to these forums, promoting extensive cooperation including ecological governance, and exploring more unique areas of cooperation."

Former Australian Prime Minister Kevin Rudd said China holds a leading position in efforts to tackle global climate change and its green development has attracted a lot of attention from the international community, with initiatives such as the "green Belt and Road."

The first trans-Himalaya forum was held in southwest China's Tibet Autonomous Region in 2018. As a gateway to South Asia, officials say that Tibet will continue to play a unique connecting role for the trans-Himalayan region.

Officials and experts say protecting our planet is a race against time. And they are calling for more dialogue and collaboration to make the world more sustainable, not only for us, but also for future generations.