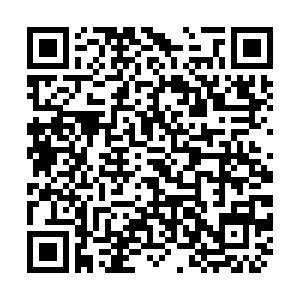 Human activities such as farming and construction are threatening the survival of scores of wild species by forcing them to travel more to avoid mankind's impact, research showed Monday.

According to the United Nations' biodiversity panel, more than three-quarters of land and 40 percent of Earth's oceans have been "severely degraded" by humans.

Its landmark biodiversity assessment in 2019 drew on a large body of research into how human activities are impacting nature.

But there have been relatively few studies looking at specific species and how human influence is changing their behavior.

Researchers in Australia looked at the impact of activities such as roads, tourism, recreation, hunting, shipping and fishing on 167 species, from the 0.05-gram sleepy orange butterfly to the two-tonne Great White shark.

They found that most species had increased the distance they travel due to human influence by 70 percent on average.

In a third of species, movement had either increased or decreased by half, according to the study published in the journal Nature Ecology & Evolution.

"This tells us that humans have widespread impacts on animal movement, but in many cases these are going undetected and unaddressed," lead author Tim Doherty from the University of Sydney told AFP.

"In everyday life, we generally only see animals in the wild for short periods and don't get a proper understanding of how they move around and use space." 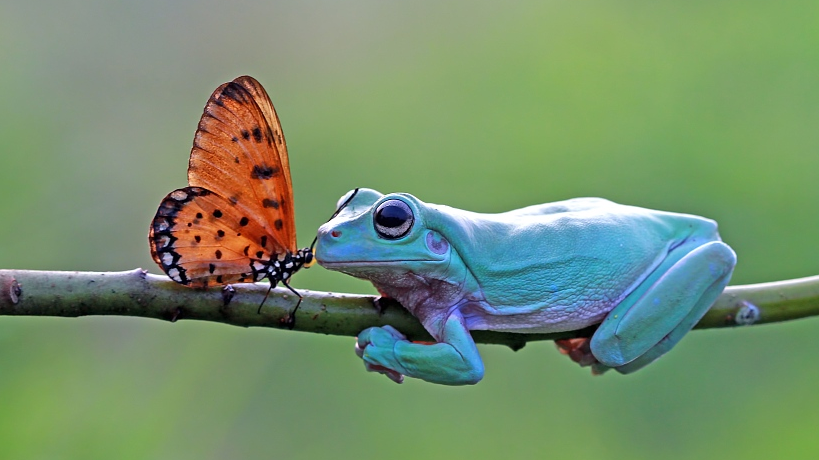 The dumpy tree frog makes its way along a branch but is interrupted when a bright orange African queen butterfly alights on its head. /CFP

The dumpy tree frog makes its way along a branch but is interrupted when a bright orange African queen butterfly alights on its head. /CFP

Doherty said that since many species, including most mammals, spend nearly all their energy on hunting for food and finding mates, the additional energy required to relocate away from humans was an unwelcome survival challenge.

"However, animals will often move further in response to disturbance to ensure their survival, for example by seeking shelter, finding food," he said. "Some species are able to cope with these changes better than others."

Of the taxonomic groups studied, birds and insects moved the most on average in order to avoid coming into contact with human activity.

The study warned of "cascading impacts" to natural processes such as pollination if such displacements continued apace.

The authors said they had documented a "global restructuring of animal movement, with potentially profound impacts on populations, species and ecosystem processes."

They called for better preservation of natural habitats through increasing protected areas and managing construction and tourism, as well as seasonal curbs on hunting during species' breeding periods.