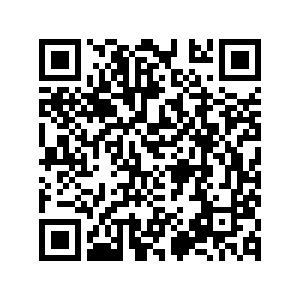 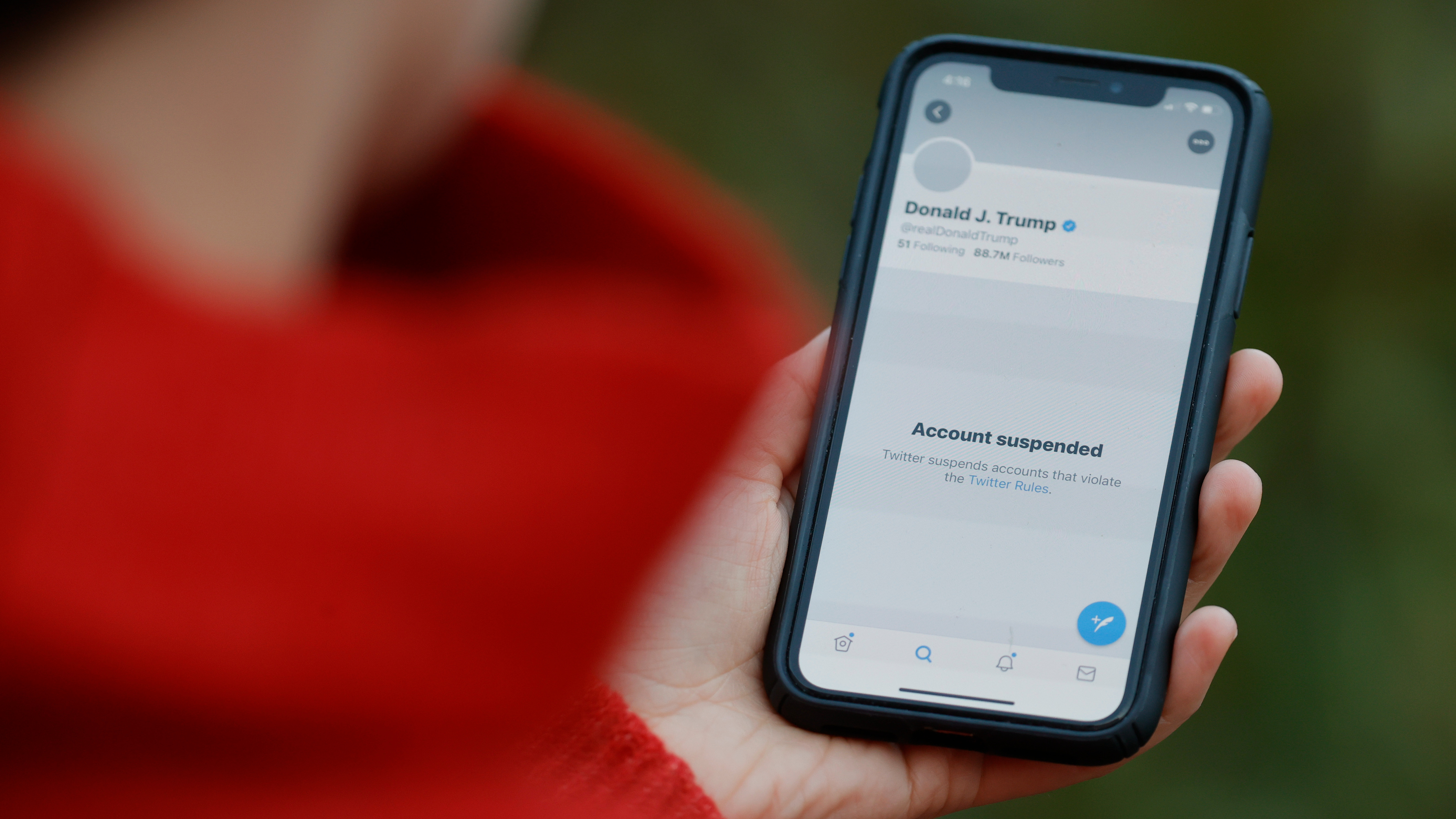 Editor's note: André Loesekrug-Pietri is a technology investor and Speaker of the Joint European Disruptive Initiative. The article reflects the author's opinion, and not necessarily the views of CGTN.

If the COVID-19 pandemic has taught us anything, it is that the speed of government decision-making can be just as important as the decisions themselves. If democracies are to retain their authority in the 21st century, they must combine the debate and consensus-building at which they excel with the efficiency and agility they often lack.

When we resign ourselves to the belief that democratic systems must move slowly, we risk allowing undemocratic actors to challenge these systems' effectiveness and legitimacy. And when we delegate the administration of public debate to such actors – as we have done with social-media platforms – we compound that risk.

This has been starkly apparent since the storming of the U.S. Capitol on January 6. Because then-President Donald Trump incited the insurrection, Twitter suspended his account, instantly cutting him off from his 89 million followers – a base built over several years and tens of thousands of false, misleading, and incendiary tweets. Other social-media platforms, including Facebook, followed suit. And Amazon terminated its web-hosting services for Parler, the unmoderated platform where Trump would have found many adoring supporters.

These decisions were taken in a matter of hours, and implemented in a matter of seconds. Meanwhile, U.S. Democrats were still drawing up articles of impeachment.

To be sure, Trump was impeached within days – a dramatic acceleration of usual democratic procedure. But his Senate trial has yet to take place, and appears unlikely to result in any lasting consequences (namely, a ban on Trump holding office in the future). At the rally preceding the insurrection, Trump's loyal attorney, Rudolph Giuliani, called for "trial by combat" to dispute the election results. What Trump will probably end up getting is a damnatio memoriae.

That matters. But, in the immediate term, deplatforming Trump matters more.

Trump's Twitter account, in particular, was integral to his presidency, public image, and personality cult. His tweets always offered a glimpse into his mood. They often contained hateful, divisive, and deceptive messages. And they sometimes issued major announcements, from firing senior officials to threatening foreign countries. Trump's Twitter account thus directly fueled the uptick in volatility and instability, on both Wall Street and Main Street, that characterized his presidency.

Given this, Trump's expulsion from social media should be welcomed. One might even argue that it should have happened long before the Capitol insurrection. Nonetheless, deplatforming a sitting president is a highly consequential decision. It should be a cause for serious concern that a few tech companies were able to make it, based not on an impartial rule of law, but on proprietary terms of service (and personal intervention by their top bosses). 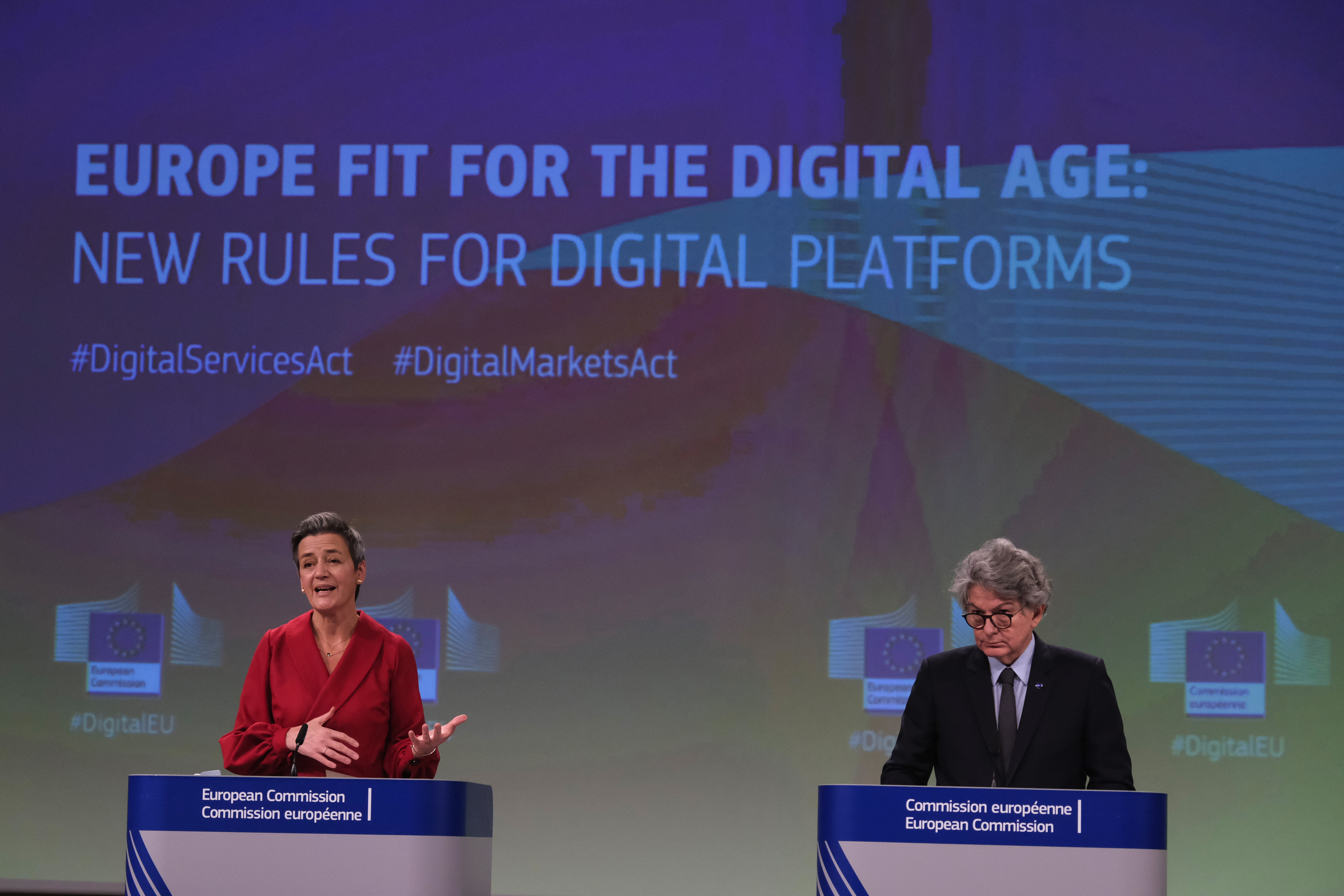 The digital giants' James Bond-like "license to kill" a user's account (and not only that of a president who came "from Russia with love") is only one expression of their exorbitant power. For years, these companies have shaped – or distorted – public debate with algorithms designed to immerse users in "echo chambers," where they are exposed primarily (or only) to views similar to their own, thereby fueling polarization.

Moreover, for years, digital platforms refused to flag or remove false, misleading, or incendiary content. Instead, seeking to maximize user engagement (and thus the user data they could sell to advertisers), they allowed the likes of Trump to spread lies, stoke resentment, and encourage violent movements. Parler, Gab, DLive, and others were used to orchestrate and execute the Capitol insurrection. The message is clear: digital platforms now play a central role in the destabilization of democracies.

Europe, for one, recognizes this. The European Commission's new Digital Services Act, unveiled in December 2020, will impose greater responsibilities on social-media companies for policing their platforms for hate speech and other illegal material. But, again, timing poses a serious problem: the European Parliament will take six months to sign off on the DSA, and member states will take at least 18 months to implement it.

Of course, we should leverage Europe's diverse perspectives and expertise to develop the most comprehensive, innovative, and effective strategies. And we must engage in democratic debate and consensus-building. But that does not mean we can delay solutions to urgent problems. It took about a year for Trump to go from political outsider to U.S. president-elect. How much can happen while the DSA is being deliberated and implemented?

With technology transforming the world at an unprecedented rate, and forecasting trends becoming more difficult than ever, regulatory and legislative processes must become far more agile. One possible solution is the introduction of temporary "pop-up regulations."

With an expiration date set from the start, such regulations could be enacted far more quickly than comprehensive legislation – possibly in a matter of days. They can be extended, adapted, or made permanent if they prove to be effective, constructive, and compatible with a society's values. But they don't have to be.

One regulation that should be implemented urgently is a form of government oversight for social-media bans. Trained judges or some other politically independent official agency could uphold or impose bans on politicians who defy or undermine the rule of law.

The "digital bill of rights" that some advocate may have its merits, but it cannot rein in Big Tech and protect democracy during a time of unprecedented transformation. The only way to do that is by developing new, more agile institutions. After all, every day spent devising, debating, and implementing new rules is a day that increases the volume of misinformation, hate speech, and other destabilizing narratives that benefit antidemocratic forces.