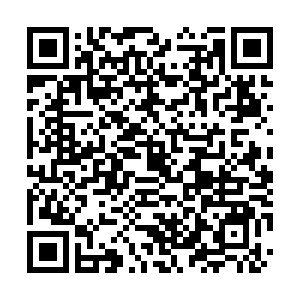 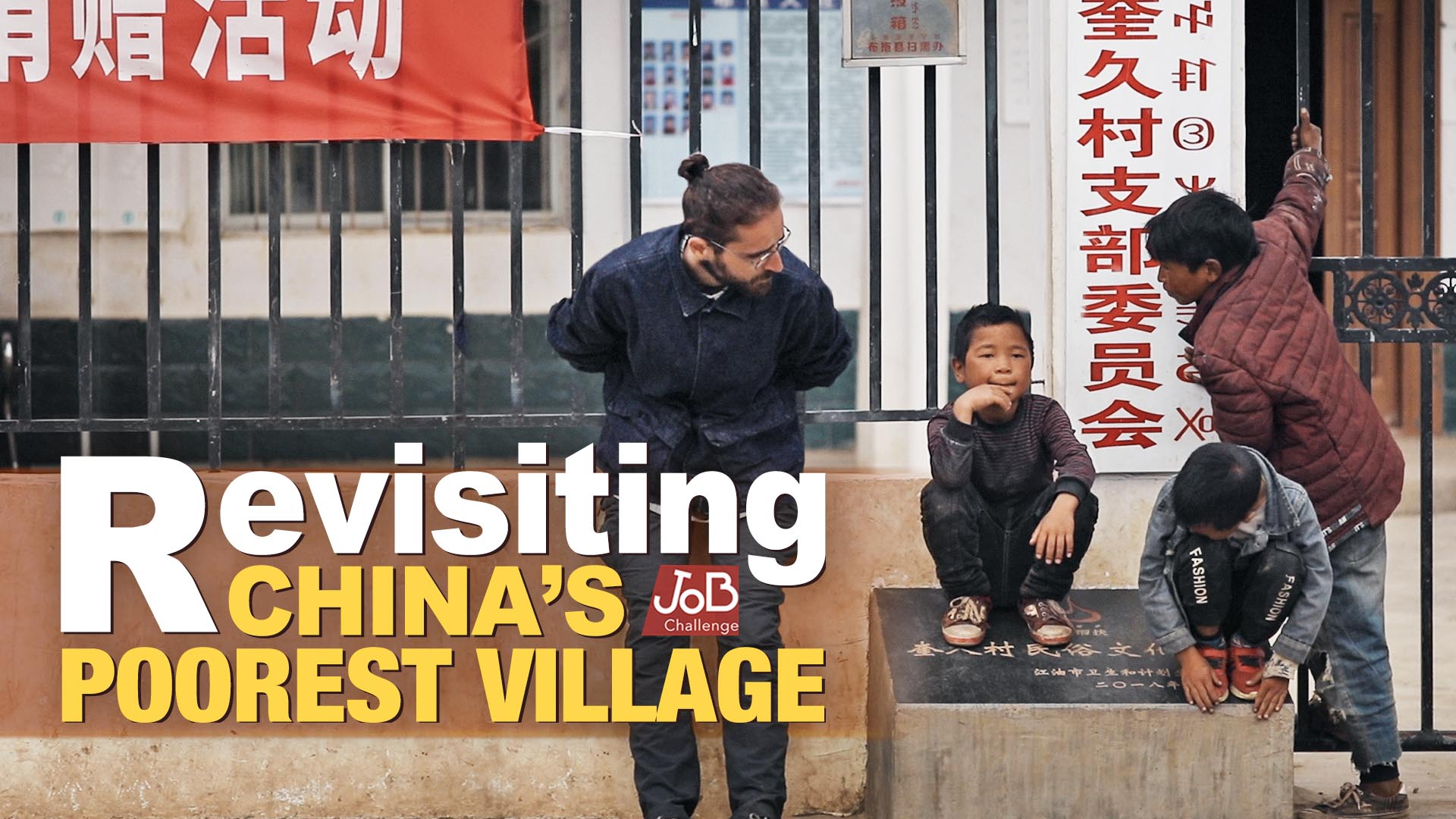 The first time I visited Kuijiu in October 2019, the alpine village in southwest China's Sichuan Province seemed like a worst-case scenario for anyone taking on poverty.

A lot was going against it: a godforsaken location, barren lands that barely provided sustenance for the residents and a population in extreme poverty.

But the future, uncertain as it was, promised a respite. China had vowed that extreme poverty in the countryside would be history by the end of 2020, and last September I was back in town to see if villagers would pull through in time.

The transformation of Kuijiu could be felt from miles away.

Setting out from our hotel in Butuo, the closest county to the village, I buckled up for the almost hour-long journey I've come to dread during my first visit. I visualized the route in my head. We'll cruise down a highway before a nondescript turn takes us off the road and onto vertiginous paths of dirt and gravel. The car will shake violently before stopping so we could finish the last stretch on foot. I was as ready as I'll ever be. 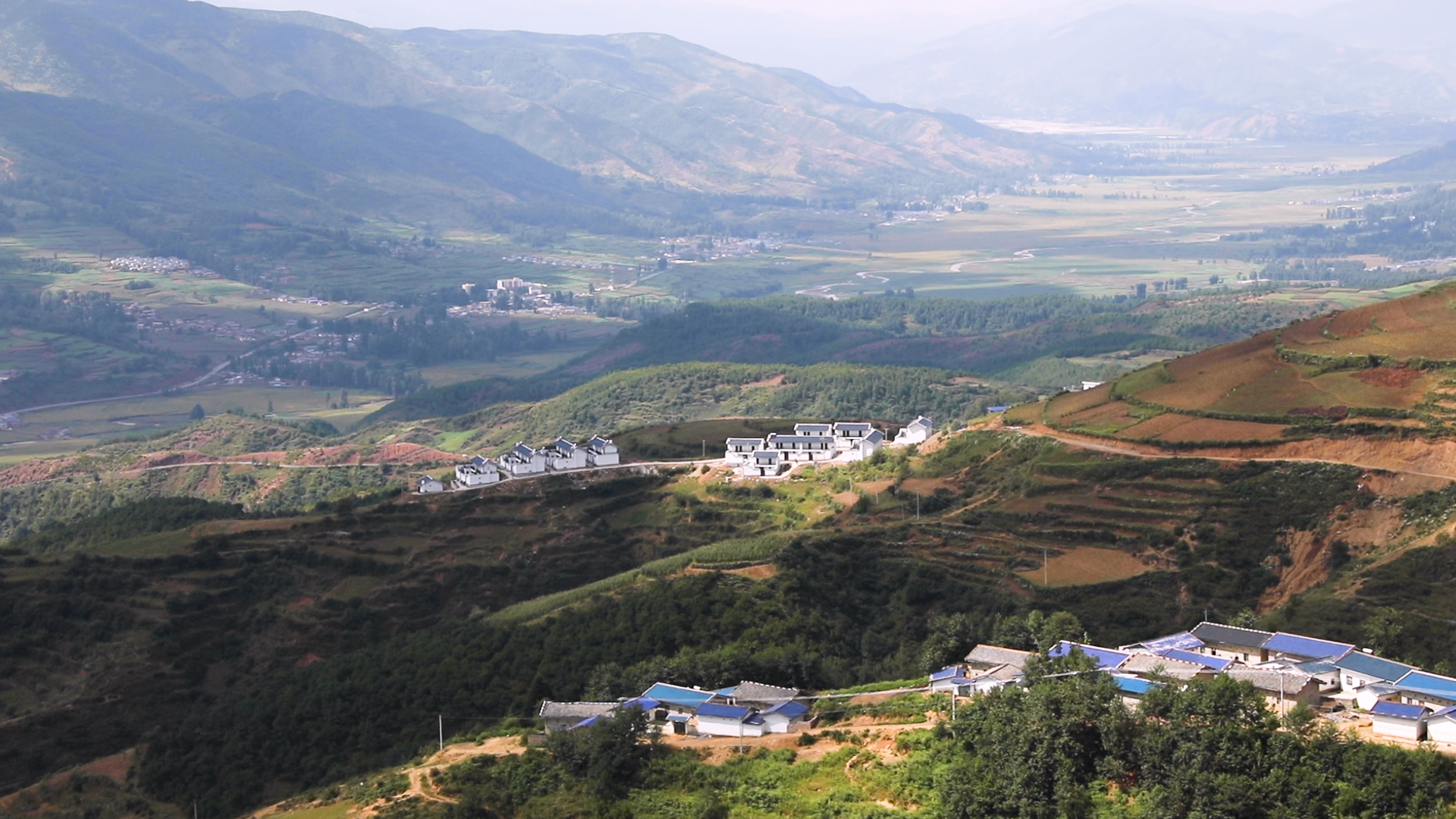 Kuijiu is hemmed in by mountains. The scenery is breathtaking, but everyday life is harsh. /CGTN

Kuijiu is hemmed in by mountains. The scenery is breathtaking, but everyday life is harsh. /CGTN

But that day, our driver pulled over a few streets away from the hotel. My producer pointed to a parked bus, and her gesture was enough to put a smile on my face. Kuijiu can now be reached via a paved road.

To be sure, the bus ride was not bump-free but the anticipation masked any discomfort. Passengers, with bags and cartons overflowing with produce, got off one after another until I and the filming crew were the only ones left.

Kuijiu was the last stop on the bus route and there, I reunited with familiar faces.

Shen Rui, a resident poverty alleviation official who showed me the ropes last time I was here, seemed to be a shell of his previous buoyant self. He had shed some weight but wasn't any less energetic than before. Yang Bo, an older team member who introduced me and the villagers to the seven-step handwashing technique well before COVID-19 popularized it, was also looking thinner, but surprisingly younger, than when I last saw him. 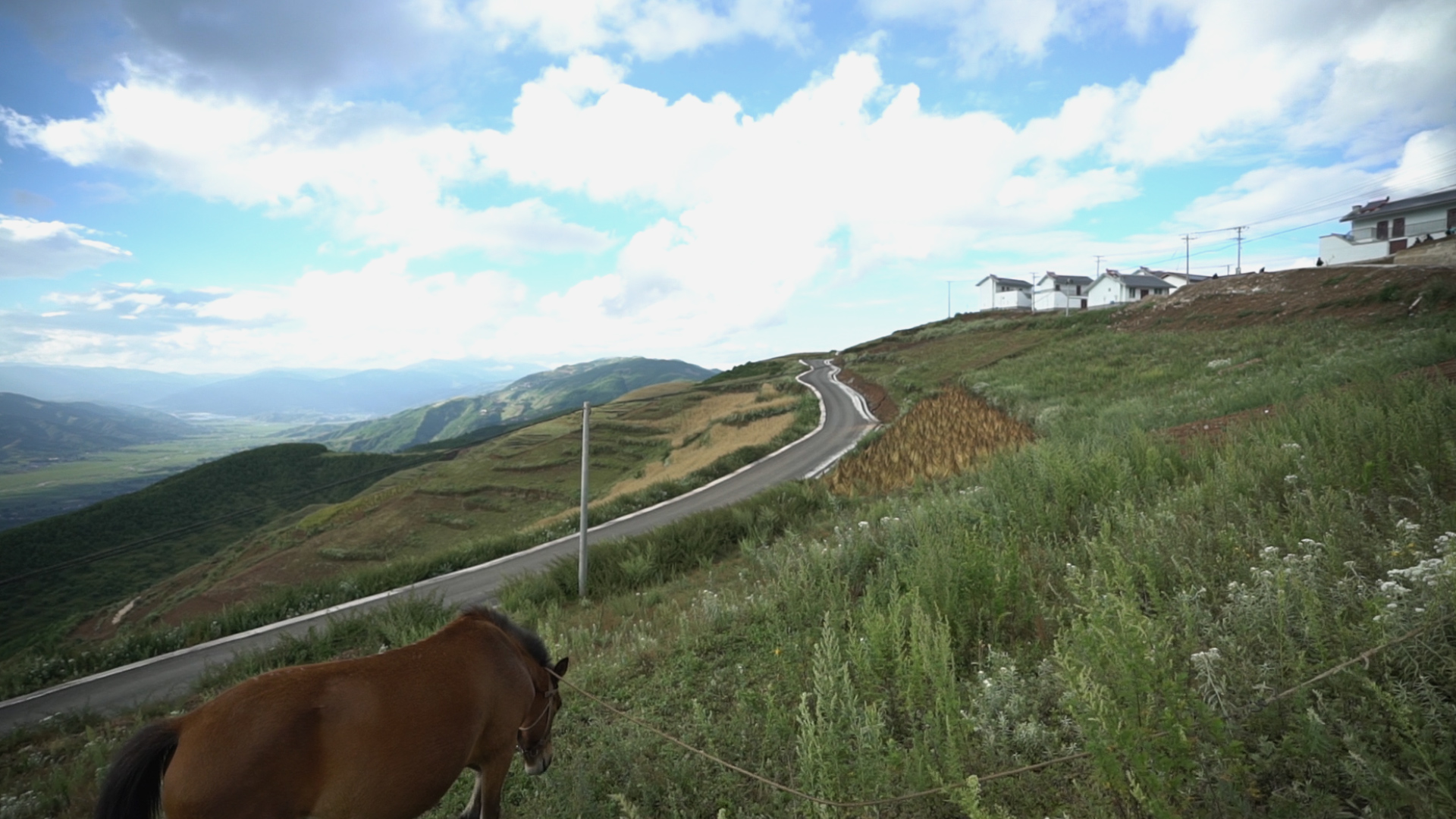 In less than a year, a new road was built, connecting Kuijiu to other villages and beyond. /CGTN

In less than a year, a new road was built, connecting Kuijiu to other villages and beyond. /CGTN

It was very obvious that stress from the job had taken its toll on these men. They were just weeks away from the self-imposed deadline, and it was only a matter of time before inspectors arrived – some announced, some not. There was no room for mistakes, and even though the bulk of the work had been done, tying up loose ends was still a mammoth task.

A household needed to meet a long list of criteria before it is officially crossed off the poverty list. The requirements touched different aspects of life – finances, accommodation, basic amenities, living conditions, and a lot more. Plumbing problems, roof cracks, even TVs without cable could land Rui and his colleagues in serious trouble when auditors arrive for assessment.

My visit couldn't have come at a worse time, but they were happy to have me. The first order of business was to check a new resettlement community on the mountaintop. 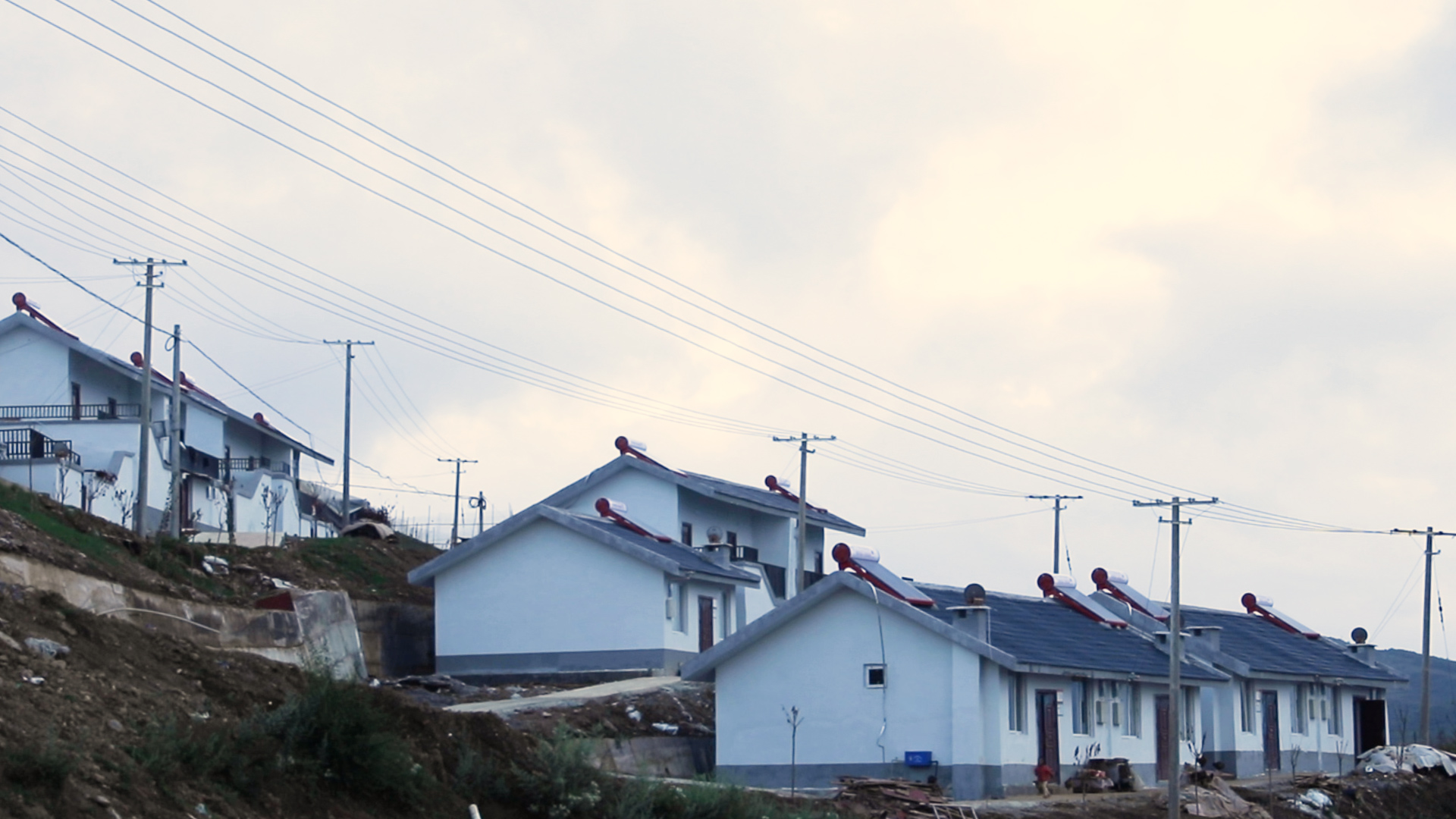 These new houses were built as part of the country's poverty alleviation project in Kuijiu. They're a few hundred meters away from the mud-brick houses the villages used to live in. /CGTN

These new houses were built as part of the country's poverty alleviation project in Kuijiu. They're a few hundred meters away from the mud-brick houses the villages used to live in. /CGTN

Still under construction when I was in town in late 2019, the houses have since been finalized and furnished. A stone's throw away from the shaky sheds with earthen floors and thatched roofs that residents once called home, the new dwellings were nevertheless light-years away in design, comfort, and safety.

The alterations, cosmetic as they may seem, spell possibilities and opportunities.

The new road breaks the isolation factor and helps this village lost in time make its leap into modernity. Farmers can now sell any surplus in the county's markets, students have fewer excuses to skip school and sick people no longer have to put off going to the doctor because of inconvenient transportation.

I also thought of the new houses as a chance to start afresh. Some families were already hard at work to settle in and make the space their own. One was building an overhang atop the front gate of their courtyard, another had decorated the walls with posters and stickers, and a few were installing TV satellite dishes.

But as we hopped from one house to another, it became clear that the pretty façade hid some flaws – malfunctioning light switches, wonky door locks, loose window frames. Water was also out and we later discovered a leaking pipe was to blame. 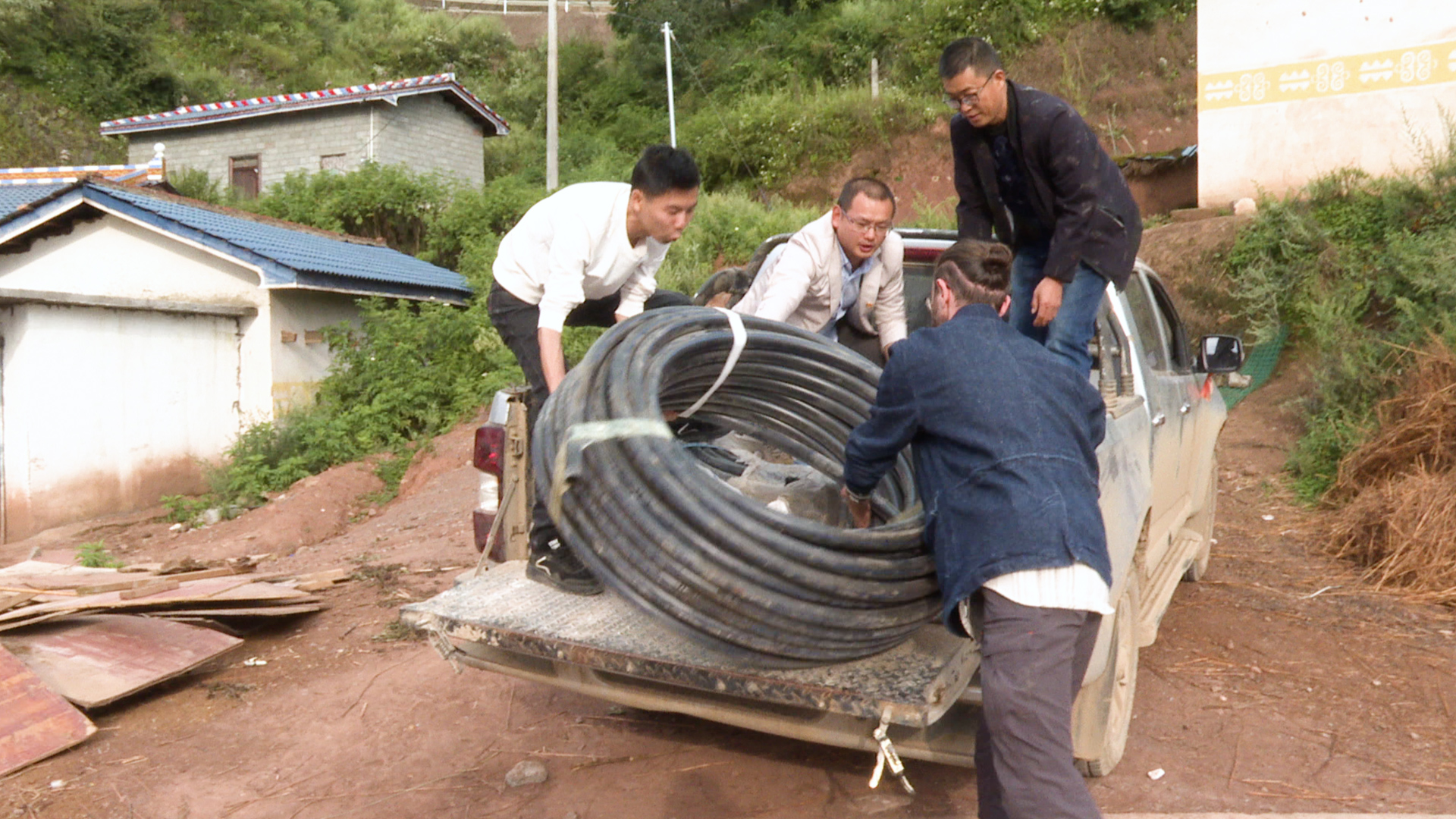 Rui was uncomfortable, but not for the reasons I had expected. He didn't mind dealing with the extra work. A phone call to technicians would make these problems disappear in no time. If need be, he was willing to roll up his sleeves and do the repairs himself, and indeed we ended up changing the defective hoses ourselves.

What frustrated him was the reluctance of the new homeowners to deal with the smaller issues on their own, or at least actively ask for help from Rui or his team instead of sitting tight. They had been holding the hands of villagers for years now, and it was soon time to let go. Rui needed to know that locals will be able to pick up where the team had left after they left, but seeing many still lacked initiative put him in a bad mood.

"What will happen when we're gone?" he said in a defeated tone. My tongue was tied, and I couldn't help but wonder just how long he'd been choking on this fear before he finally spat it out.

The question kept playing over and over in my head, but the tasks at hand were a good distraction. A couple of students were ditching class and needed an intervention. A widowed mother of two was resisting moving into her new home because it had no space for her pigs and chickens and sought assurance that leaving them behind will not be a costly mistake. Her neighbors, an elderly couple, required assistance in dealing with a clogged floor drain that filled their kitchen with a stench every time they turned on the faucet. 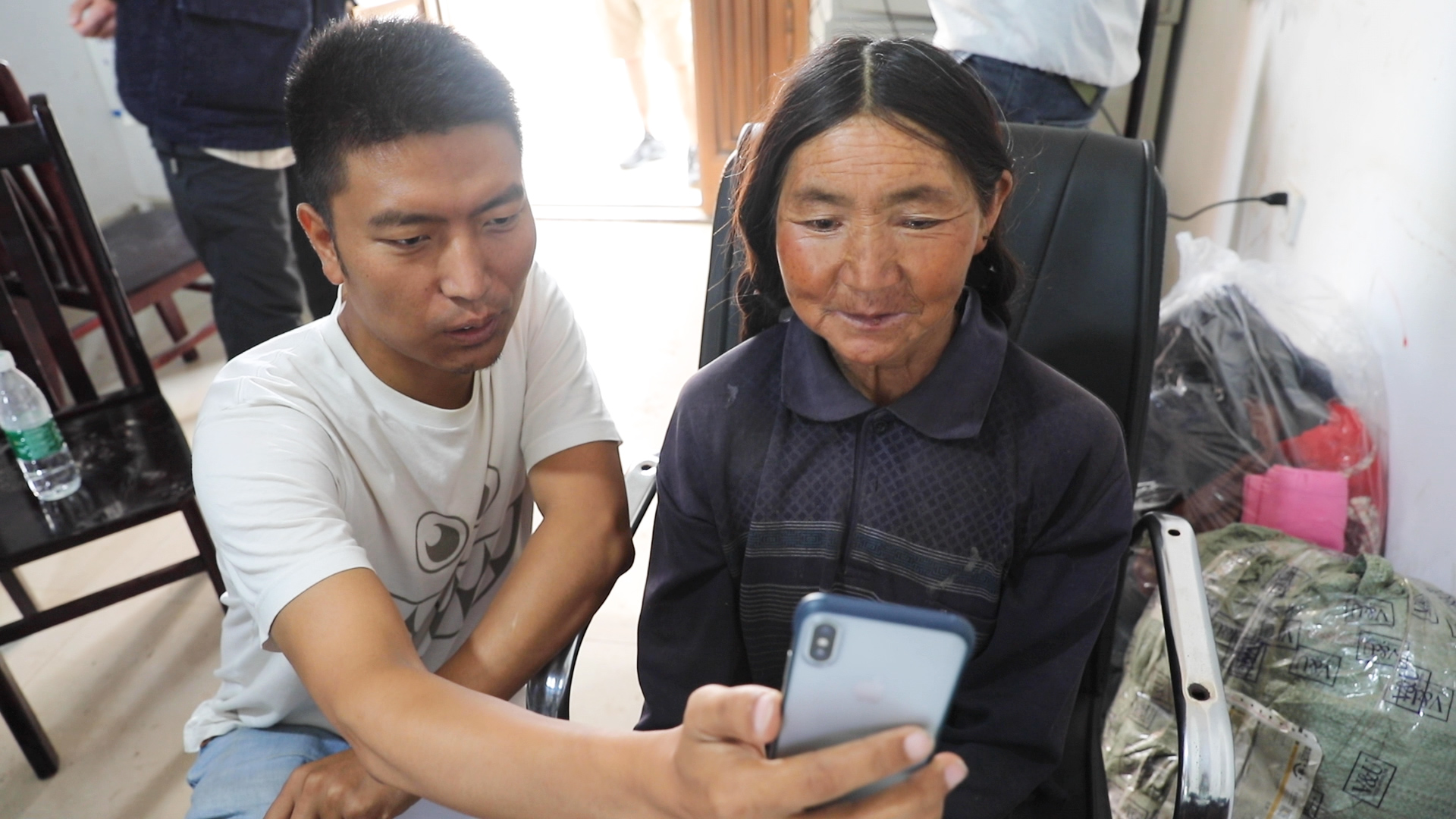 Plenty in Kuijiu boggled me. Children without parents raising themselves. Young adults choosing to work in the fields over plowing through a book. Toddlers putting in their mouth whatever scrap they dug out of dirt under the watch of their mothers. And the collective calm, bordering on nonchalance, in the face of water outage.

Being alone with my thoughts felt overbearing, even more so frustrating. It seemed impossible to understand what my eyes were registering without falling into the trap of passing judgement, making assumptions or rushing into hasty conclusions. Most nights ended with a brain freeze and a sense of malaise that seeped into my patchy sleep.

I was struggling to make sense of a reality that wasn't mine, but so were the villagers. A life of scarcity was all they knew and this new world with paved roads, safe roofs and children going to class is foreign and strange and has yet to sink in. 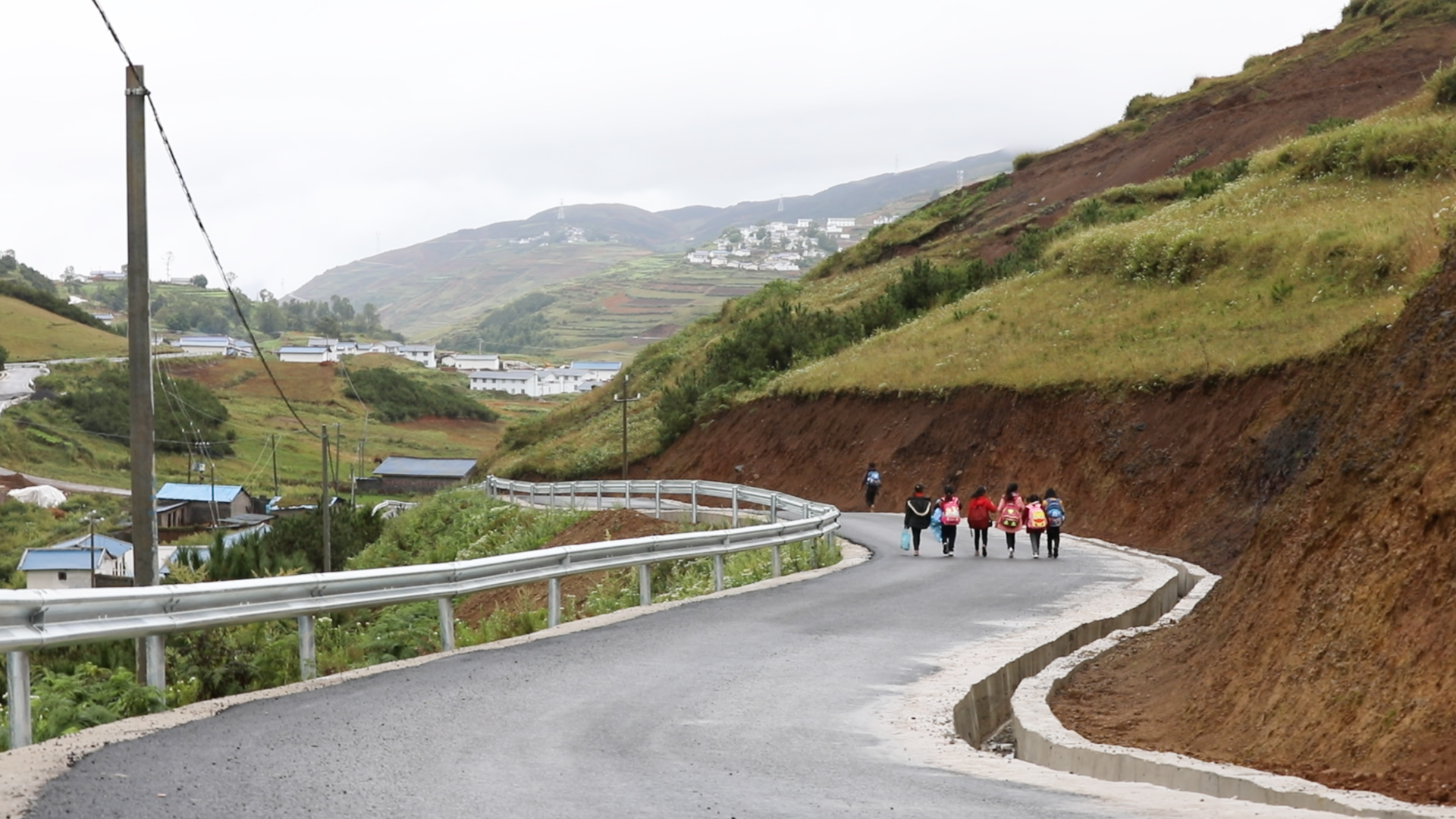 Elementary students in Kuijiu walk to a boarding school, where they stay from Monday to Friday. The trip on foot takes between three to four hours. /CGTN

Elementary students in Kuijiu walk to a boarding school, where they stay from Monday to Friday. The trip on foot takes between three to four hours. /CGTN

Poverty is a demanding, unforgiving and punishing full-time job. Between fretting over when the next meal will be, worrying about how to keep the children safe from cold and disease and sweating over ways to pay the bills, there's little mental capacity for anything else. The seeming absence of agency among some villagers or the decisions that I considered poor were symptoms of exhausted minds, drained by a lifetime of worry about daily-bread issues.

Now, with a bit of help, they're breaking ties with this past and writing a different story for themselves, one that is beautiful but unfamiliar.

Poverty is overwhelming, but so is change. Kuijiu residents just need a bit more time.