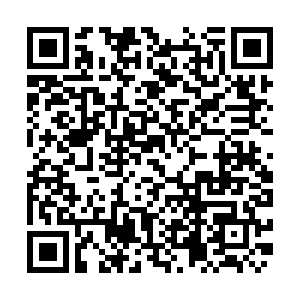 Wang made the remarks in a phone conversation with PNG's Acting Foreign Minister and Minister for National Planning and Monitoring Rainbo Paita.

Noting the mutual respect and mutual trust between the two countries since the establishment of diplomatic ties 45 years ago, Wang said China and PNG have always supported each other on issues concerning each other's core interests and that bilateral relations have become a model of friendly exchanges between China and Pacific Island countries.

China and PNG are sincere friends and trustworthy partners, Wang said, adding that since the outbreak of the COVID-19 pandemic, the two sides have worked to fight the pandemic, and the friendship between the two countries has been further promoted.

China, Wang said, is ready to enhance the synergy between the Belt and Road Initiative and the Connect PNG Infrastructure Development Program to facilitate PNG's economic recovery.

The Chinese government supports Chinese enterprises' investment and operation in PNG and hopes the country will continue to provide an open, fair, and friendly business environment for Chinese companies, Wang said.

Wang stated China appreciates that the PNG government has been upholding the one-China policy. China firmly supports PNG in safeguarding its national sovereignty, independence, and territorial integrity and exploring a development path that suits its national conditions.

Wang said China stands ready to continue its mutual understanding and support with PNG on issues concerning each other's core interests. Besides supporting PNG in playing a more important role in the international and regional arena, China noted that it understands the concerns and reasonable demands of PNG and other Pacific island countries on climate change issues.

Wang stressed that China is willing to strengthen dialogue and communication with PNG on global climate governance.

Paita congratulated China on the 100th anniversary of the founding of the Communist Party of China, and praised the country's major achievements.

A friend in need is a friend indeed, said Paita. In the name of the government and the people, he thanked China for its decision to provide COVID-19 vaccines and spoke highly of China's positive contributions to assisting PNG in its pandemic fight and economic recovery.

The relations between PNG and China are mutually beneficial, friendly and sincere, Paita said, noting that his country always pursues the one-China policy and is willing to continue deepening mutually-beneficial practical cooperation within the frame of the Belt and Road Initiative and enhance exchanges and coordination with the Chinese side on international issues such as climate change.