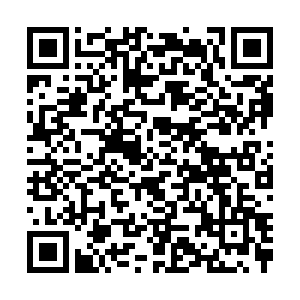 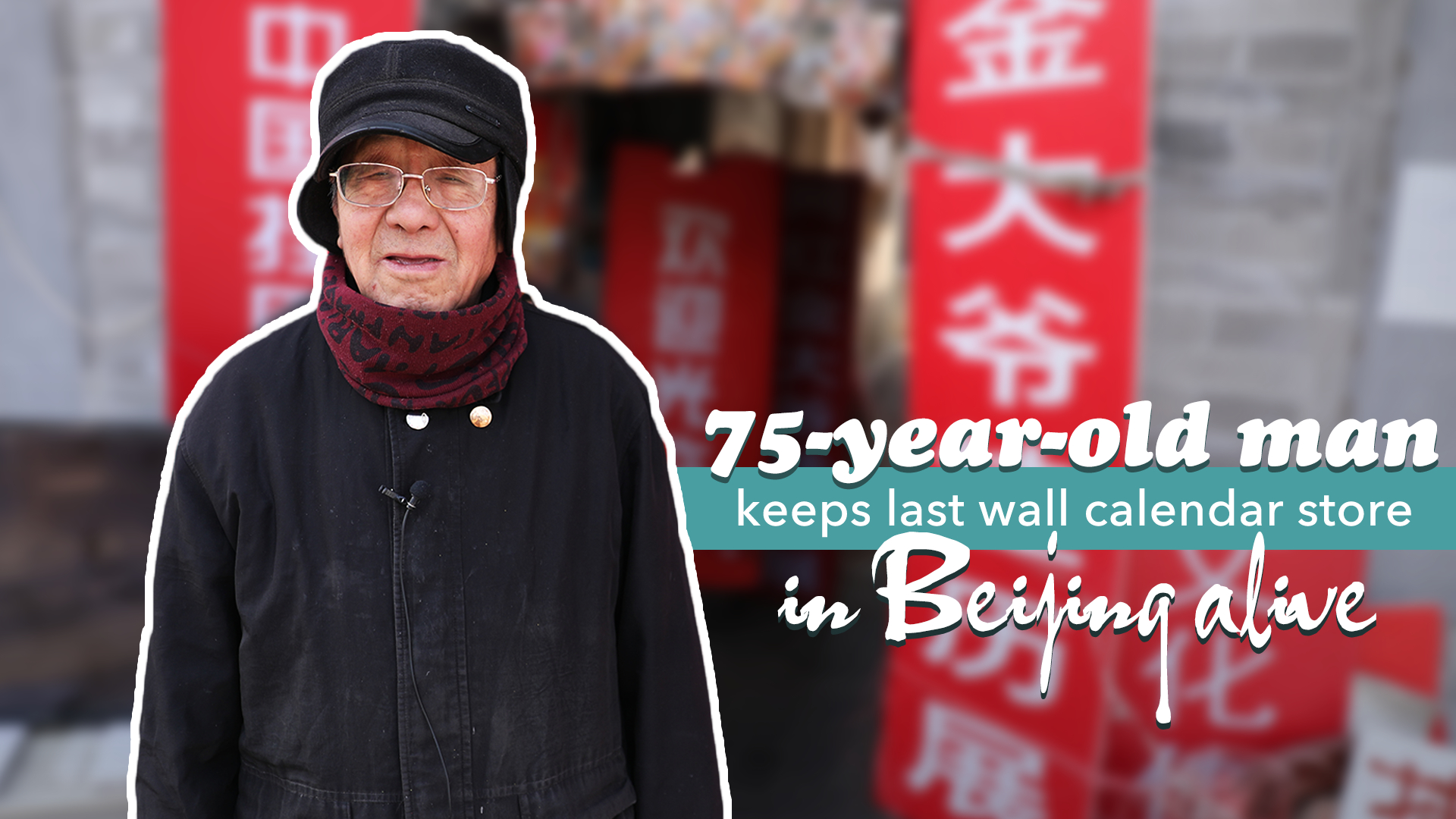 Hidden in one of Beijing's traditional hutongs in Xicheng District, Grandpa Jin's store might not appeal to the youngsters, but it certainly means something to the local elderly people. The 75-year-old storekeeper Jin Anguang has been selling wall calendars since 1980, when the country ushered in the stage of reform and opening-up.

Many say it's the last store of its kind you can find in the bustling city.

A simple walk into the 20-square-meter store often leaves visitors in awe, for there's a world of wall calendars displayed in this compact, while some might say messy, space. A wide array of wall calendars in various sizes, colors and themes are jumbled together on the three- or four-meter-tall walls.

Those displayed on the exteriors are the latest designs for 2021, but when pulling them up, you'll be able to find calendars from the past decades, some as early as the 1960s. Jin has been collecting paper calendars for years, turning the shop into something more of a calendar museum or a time capsule that offers the local people a walk down the memory lane. 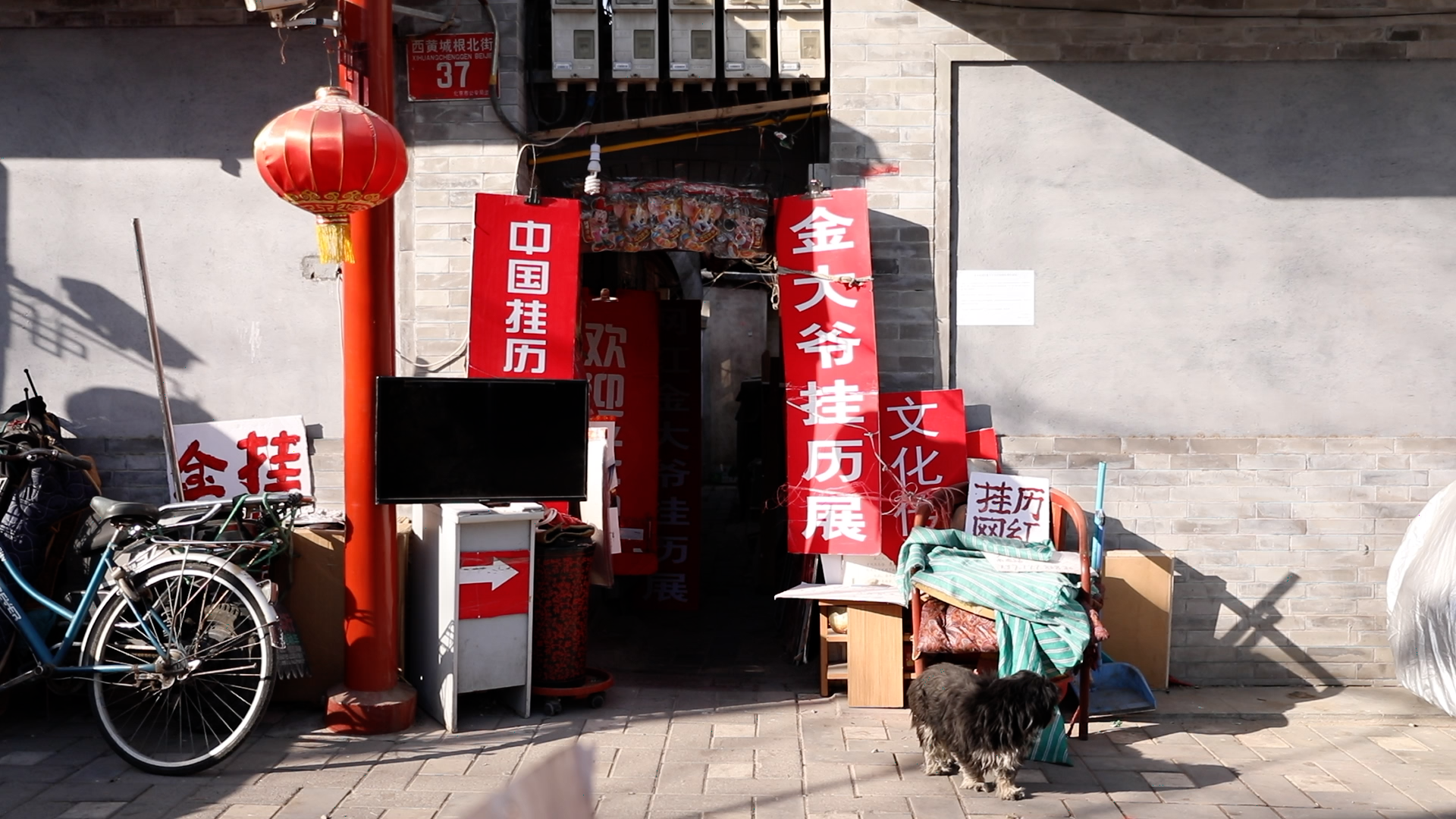 These monthly calendars used to be a must-buy item for Chinese families to welcome a new year, in the same way as Spring Festival couplets and the typical "Fu" character. They were not just for decorations, many also referred to the lunar dates for suggestions on auspicious days for important events, such as weddings and funerals. And they mirror the changes of the Chinese society in a sense.

The founding of the People's Republic of China and the development of color printing technology in the late 1940s first promoted the growth of calendars. Most of the calendars in the 1950s, featuring images of the country's beautiful natural landscape and printed in Chinese and English, served as gifts for foreigners as publicity and thus were seldom distributed inside the country. In the 1960s and 1970s, images of the country's leaders and stills from revolutionary operas were dominant in the calendars.

In line with the country's reform and opening-up policy, the 1980s and 1990s marked a golden age for wall calendars, which carried a higher degree of diversity in terms of themes, sizes and materials. According to Jin, celebrities, beautiful actresses and cars were quite popular at that time. 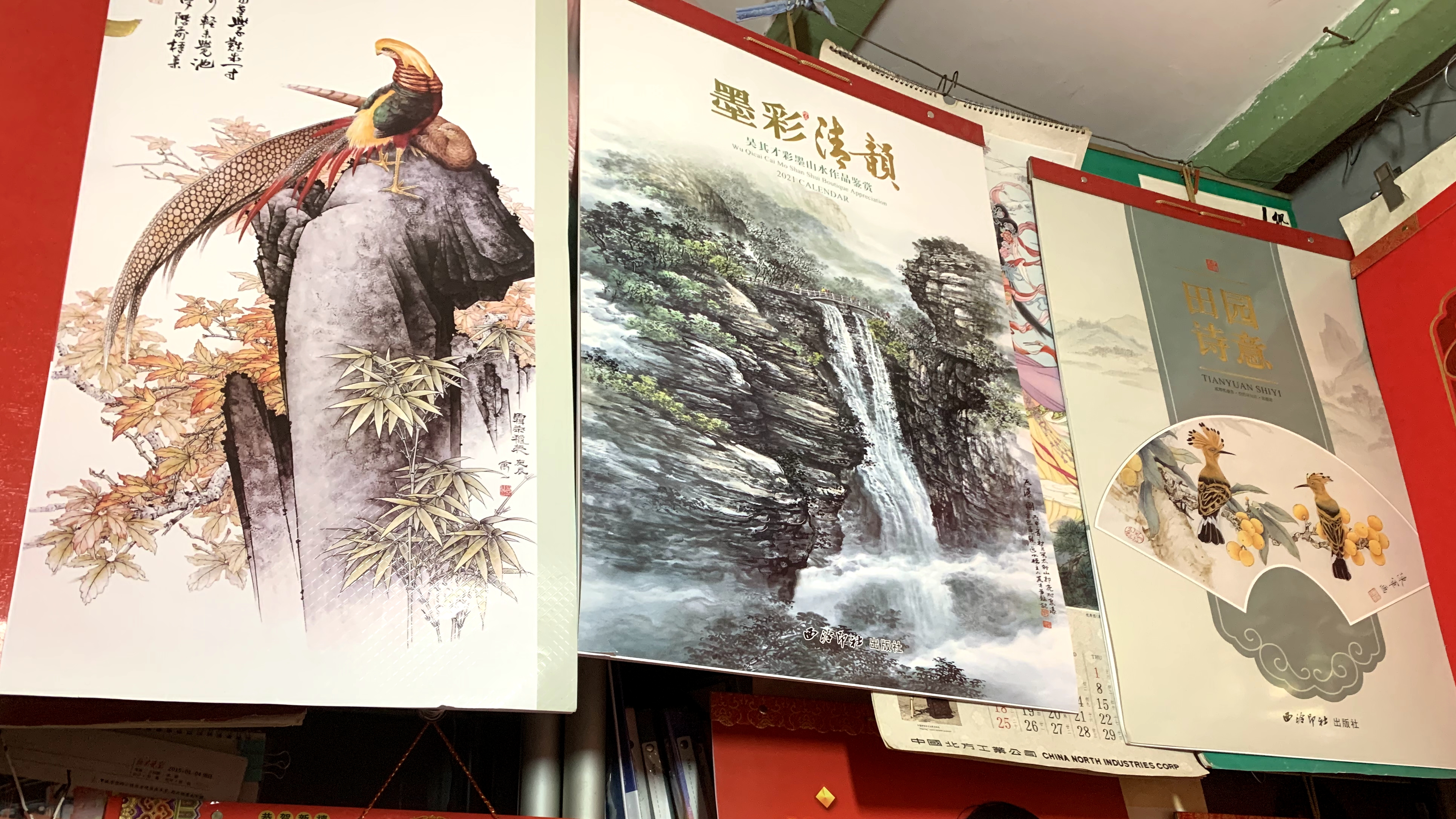 Wall calendars used to be one of the most sought-after gift choices for friends and relatives ahead of the Chinese New Year, and companies would also buy them in bulk for their employees.

"People didn't earn much money at that time, but still, every household would buy one calendar each year," Jin said.

However, the sales of wall calendars started to plunge in the 21st century. Along with fast digitalization, youngsters have turned to digital calendars, leaving the paper ones almost "a thing of the past."

"Nowadays, they barely sell," Jin told CGTN. "Young people don't use them. It's just the elderly. For them, it's for nostalgia and culture." 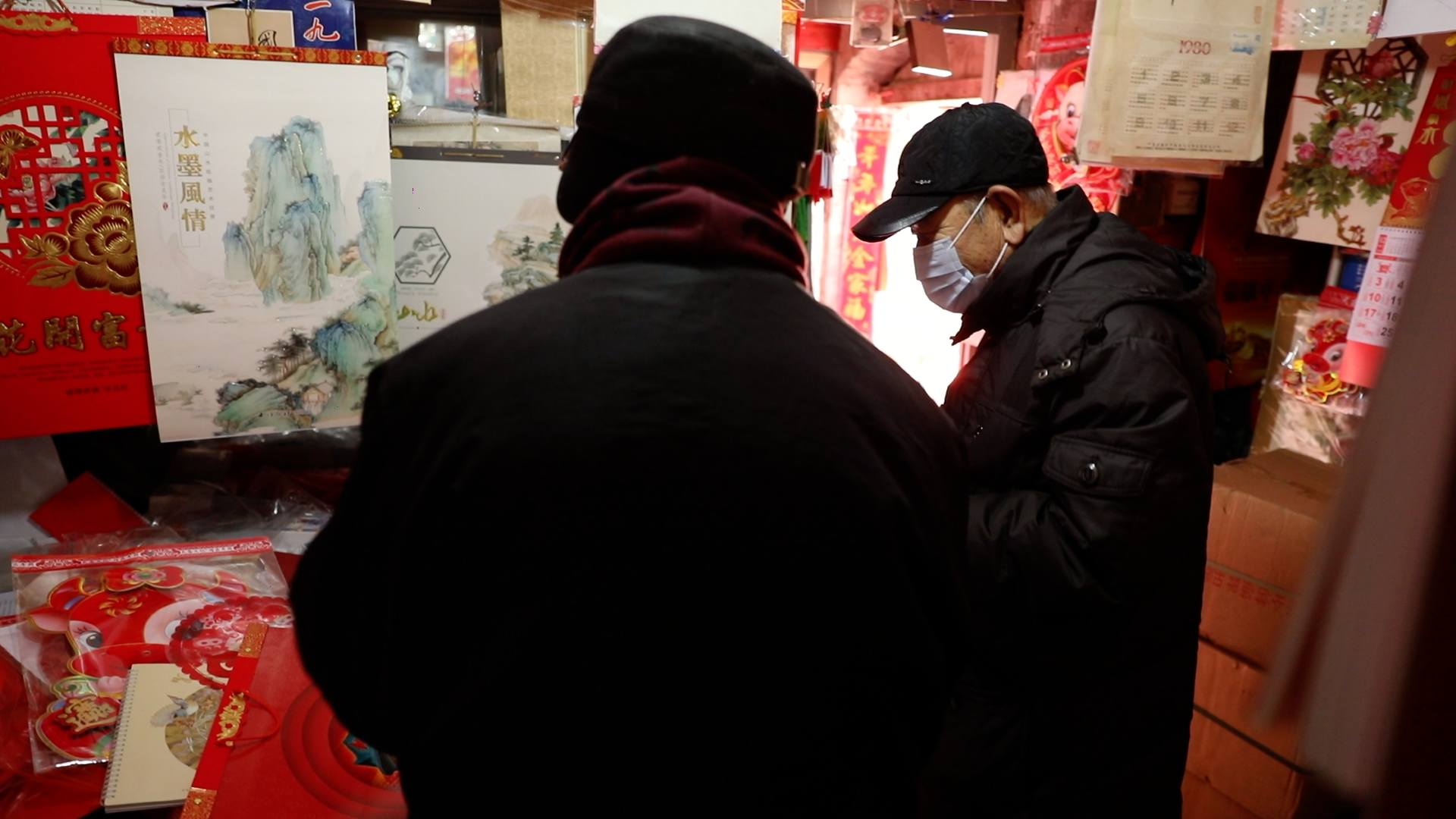 40 years of perseverance: Opening for the elderly

Today, Jin's store suffers from a downturn, sometimes making less than 100 yuan ($15.4) a day with customers barely seen. Yet, among many local elderly people, it's a place they'd stop by at least once a year. Some would even drive a long way from far-western districts of Changping and Yanqing, just to look for some old or new calendars. And this is what keeps Jin from closing the doors for good.

"I'm very glad to hear them say they would definitely come again," Jin said. "As long as they come, I'll stick to it, regardless of how many people."