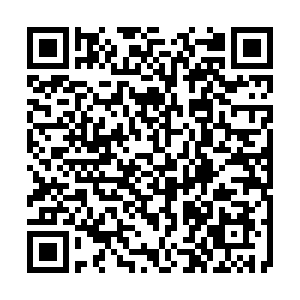 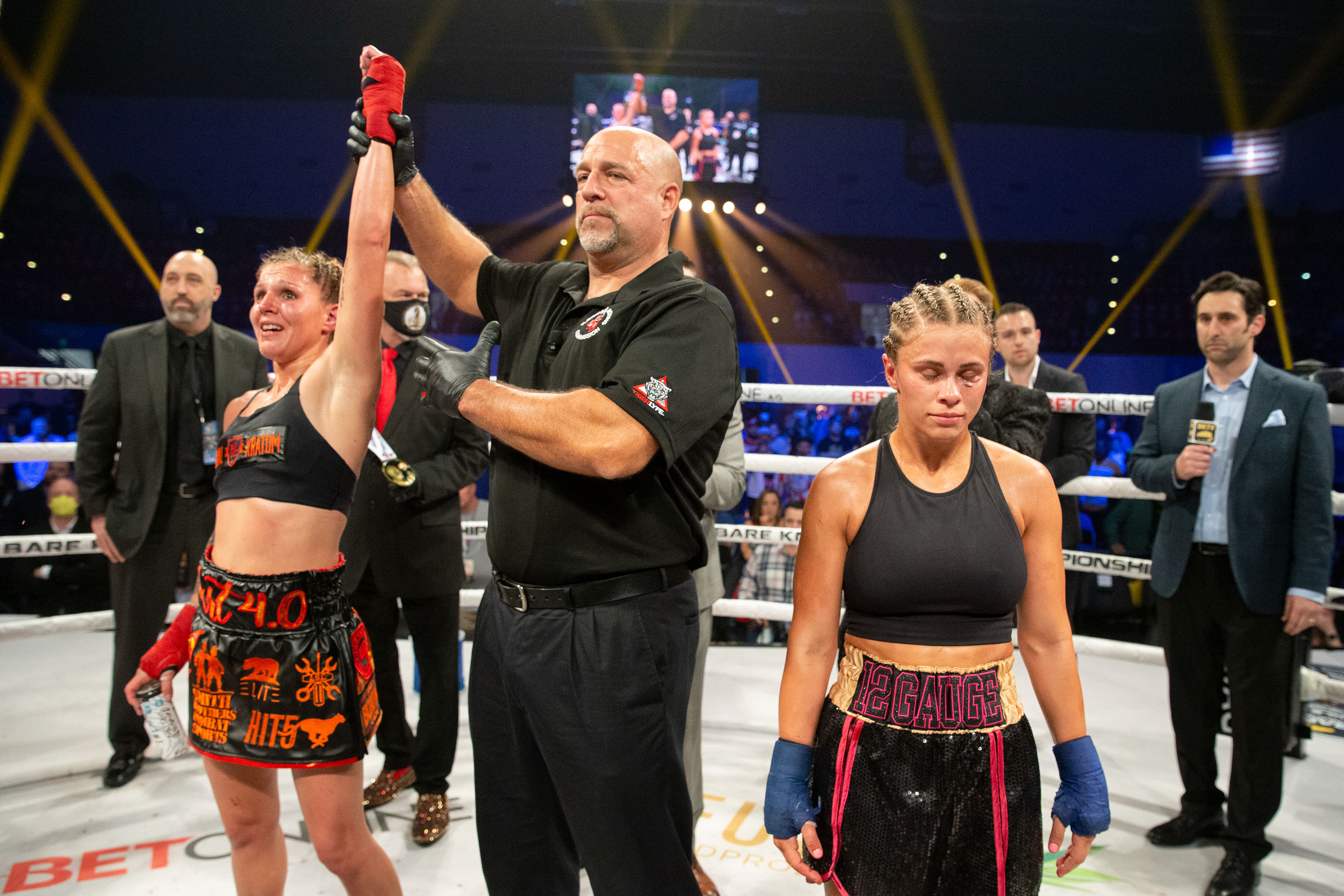 It's hard to imagine now that it's a world-famous sporting organization, but the early days of the UFC are incredibly murky. While legends such as Royce Gracie, Ken Shamrock and Dan Severn made their names winning tournaments and titles in the early 1990s, the people who made up the numbers on those events were less like legitimate martial artists and more guys who thought themselves tough and knew (maybe) how to throw a punch.

Now that the UFC is gentrified – it's now mixed martial arts (MMA), and no longer no holds barred (NHB) fighting – and its overwhelming success has created equivalent leagues on a local, national, and international level, where do meatheads looking to prove they're hard go?

Bare Knuckle Fighting Championship (BKFC) was founded in 2018 and is the first legitimately sanctioned bare-knuckle boxing in the U.S. since 1889. Having seen the efforts the UFC went through to gain legitimacy, it's hard to turn around and look at the fledgling BKFC and not see a similar situation; the difference, however, is that the actual in-ring competition proves the naysayers correct. 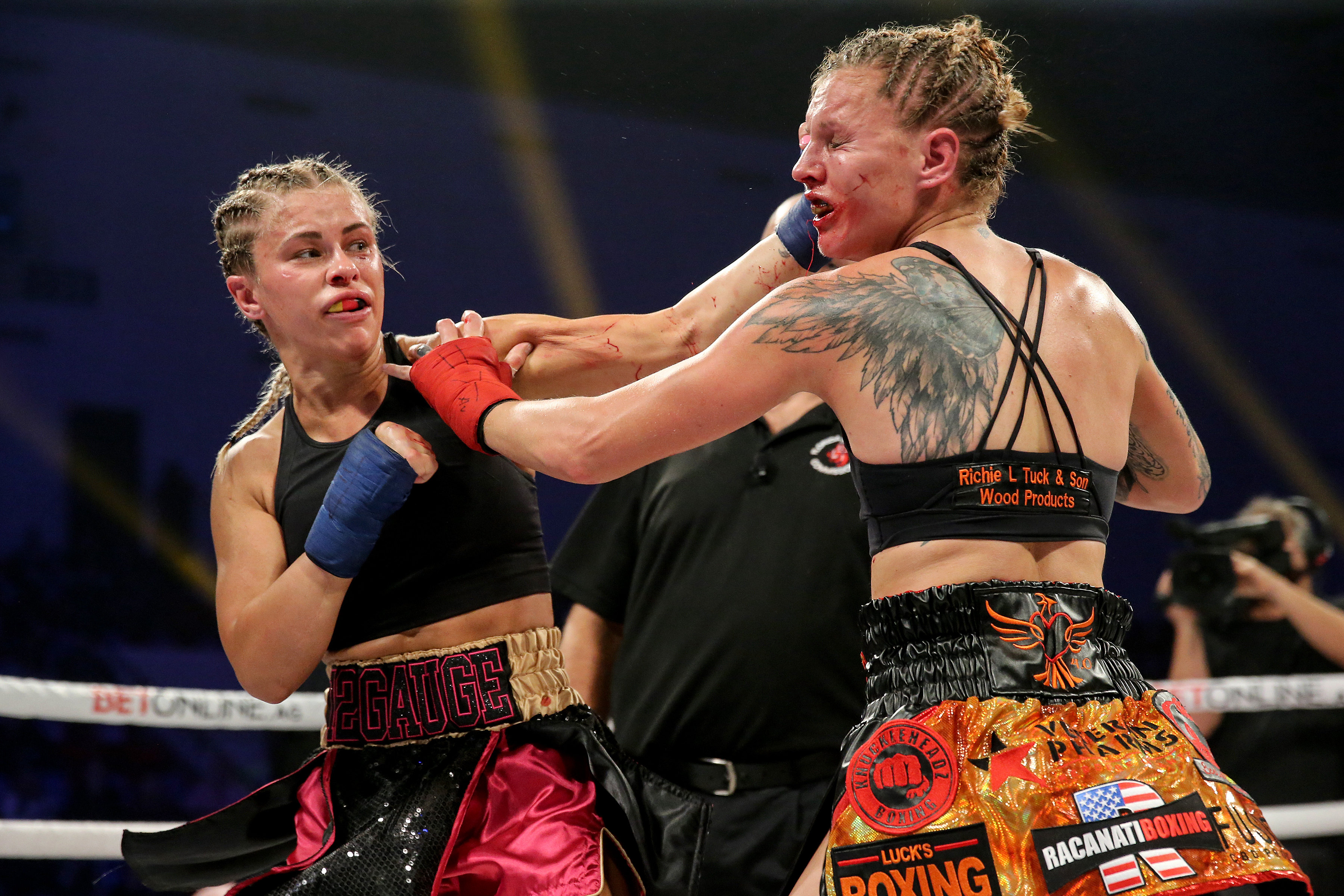 Paige VanZant (L) throws a left hand to the chin of Britain Hart during the BKFC KnuckleMania event at the RP Funding Center in Lakeland, Florida, U.S., February 5, 2021. /CFP

Paige VanZant (L) throws a left hand to the chin of Britain Hart during the BKFC KnuckleMania event at the RP Funding Center in Lakeland, Florida, U.S., February 5, 2021. /CFP

Senator John McCain may have wanted early UFC banned on the grounds that it was "human cockfighting" but, as underdeveloped as it looks now, the fights between Shamrock, Gracie, Severn et al were legitimate tests of skill. Even the top fights of BKFC look like clumsy brawlers, and the post-fight damage is gruesome in ways rarely witnessed in other combat sports.

This is why it was a shock that they signed ex-UFC free agent Paige VanZant. At only 26 and with 13 professional MMA bouts under her belt, she stands out among the rest of the BKFC roster. Going into BKFC: Knucklemania – the event where VanZant was making her debut – the men's champion was 38-year-old Johnny Bedford, who was released from UFC in 2014 and only fought regional MMA until BKFC opened. Also, the big story of Knucklemania was that it would be the final fight of 40-year-old brawler Chris Leben; he was cut from UFC in 2013, having won only one of his previous five fights for the organization. He was, however, good enough to go 3-1 in BKFC.

Perhaps worse is that, in response to the widespread surprise at her decision, VanZant did plenty of interviews to explain why she signed with BKFC, and her reasoning each time is that she wanted to prove her toughness. Alongside Ronda Rousey and Conor McGregor, VanZant is one of the few "celebrity fighters" the UFC has produced in this era. She's appeared on reality shows Dancing With The Stars, Chopped and is also a model for Nike and Columbia Sportswear. 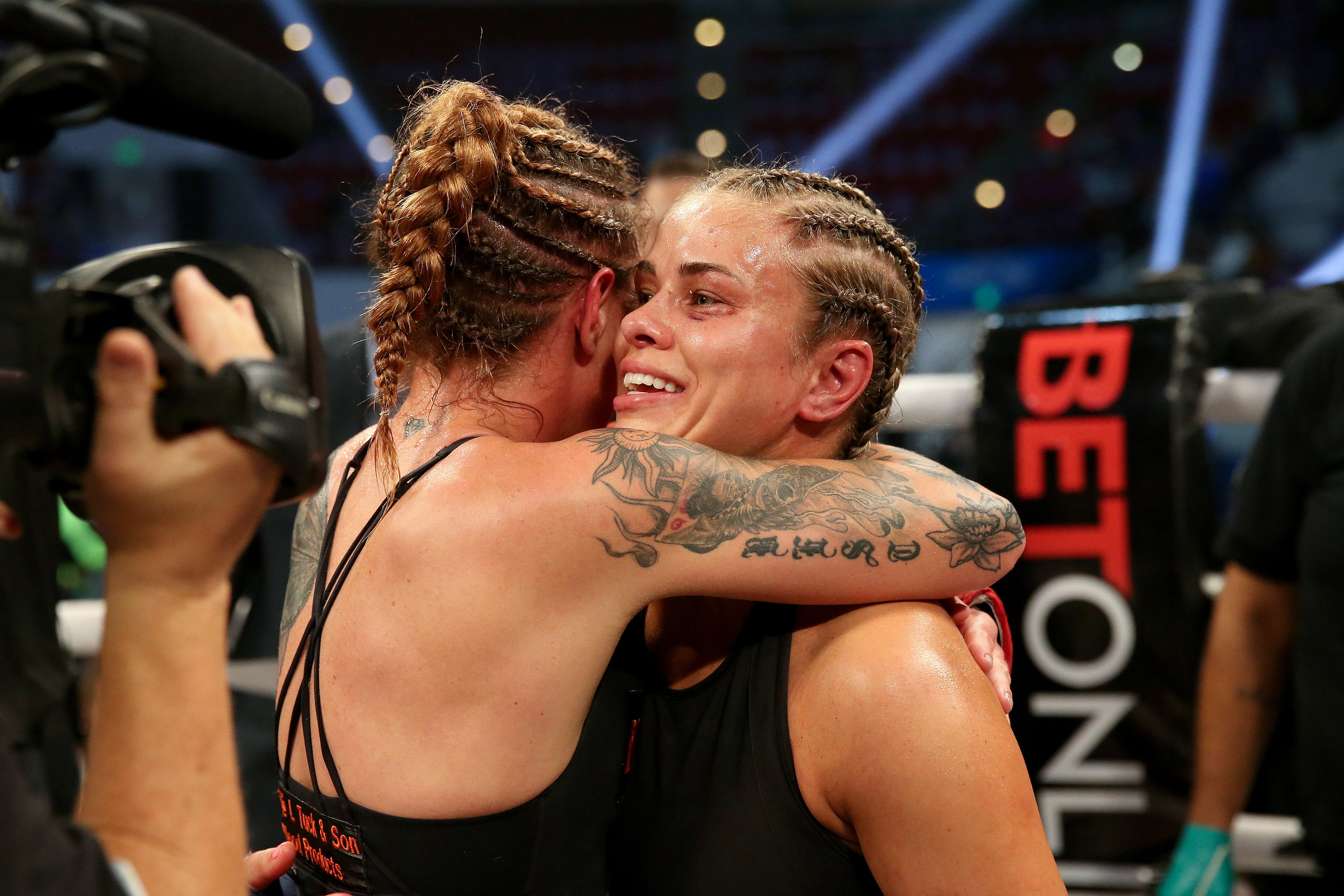 Britain Hart and Paige VanZant have a hug after their event in Lakeland, Florida, U.S., February 5, 2021. /CFP

Britain Hart and Paige VanZant have a hug after their event in Lakeland, Florida, U.S., February 5, 2021. /CFP

Her toughness should never be doubted – anybody with that many fights in UFC is tough – but, from the very beginning, her BKFC career will leave people questioning her decision-making skills. VanZant's opponent Britain Hart had a terrible record of 1-3-3 in boxing and 1-2 in bare-knuckle; she has, however, spent her whole career as a boxer. VanZant's MMA has always focused on grappling and BJJ, with strikes coming once she has the positional advantage.

VanZant started strong and displayed good lateral footwork. It wasn't enough as in Rounds 2, 3, and 4 of the five-round bout, she was outboxed, if not beaten, by Hart. Her volume in both feints and significant strikes was too much for an inexperienced boxer like VanZant. The real issue was in the clinch: in UFC, this was VanZant's base. In BKFC, without the options for takedowns or submissions, without a cage to push against, or even a canvas to throw the opponent on, VanZant had very few options.

Hart exploited this and peppered VanZant's body with quick, sharp punches, even though it was her being clinched. VanZant or her team knew these were scoring well with the judges regardless of actual damage inflicted, and so she came out with a head of steam in Round 5. By simply being more active, she overwhelmed Hart. Even when returning to her clinch game, she was now active, hitting Hart's head with as many hooks as she could before referee Dan Miragliotta broke them up.

It wasn't enough. Britain Hart won by unanimous decision (49-46, 49-46, 49-46). Obviously, VanZant won't have wanted her debut to end this way, and it's easy to say that being outpointed in her first fight in a new sport isn't the most terrible outcome in the world. However, when Knucklemania is viewed in toto, VanZant perhaps got a lucky escape: in the opening bout, Taylor Starling and Charisa Sigala cut each other so badly that the gruesome images of that contest are being censored on social media as "Adult Content". VanZant should consider that and see if she thinks continuing will be worth it.