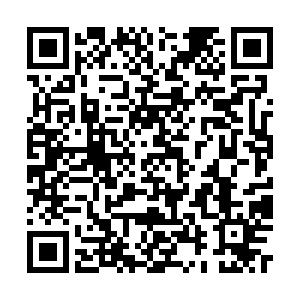 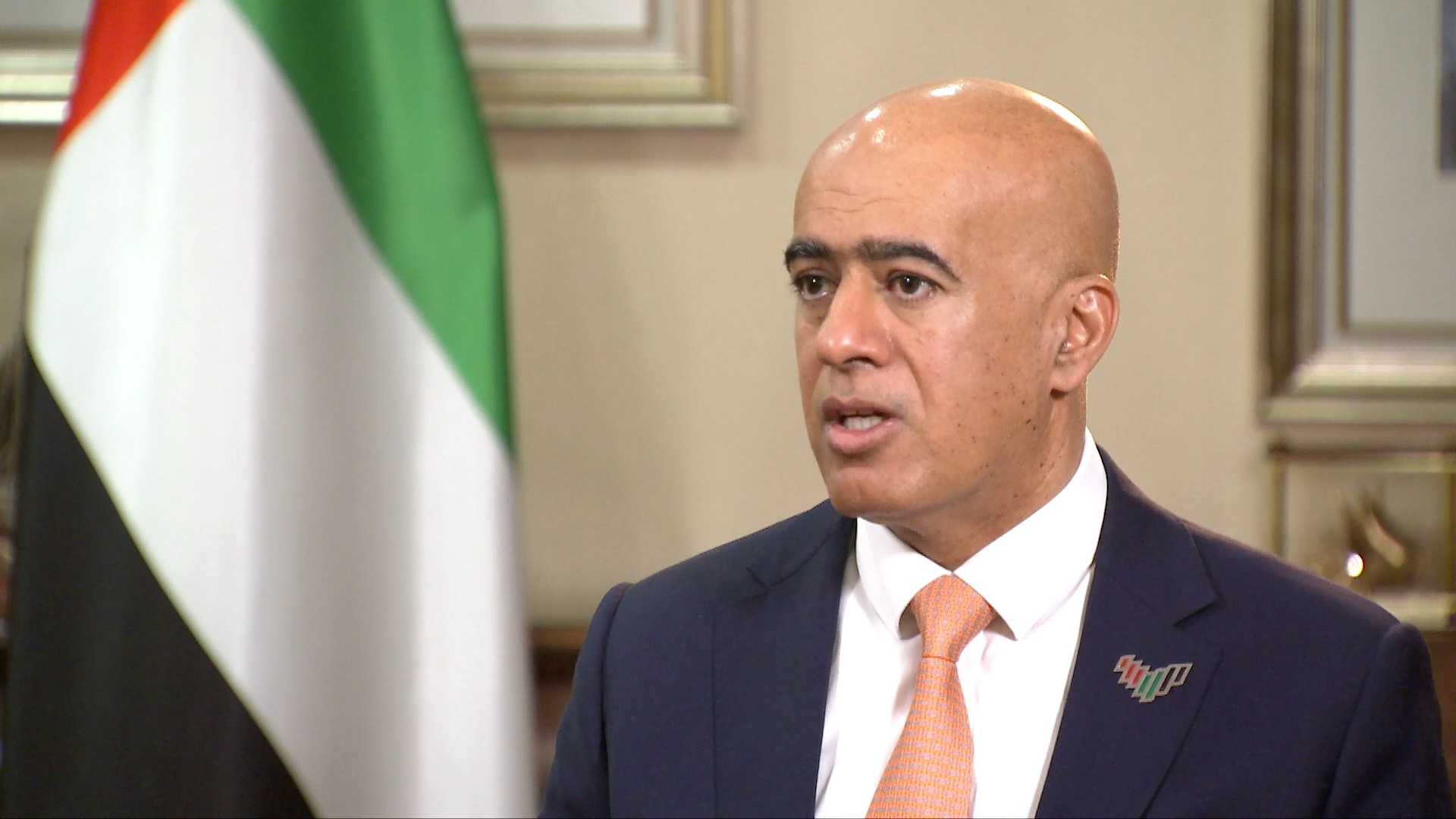 The United Arab Emirates has been one of the countries to widely roll out China's Sinopharm vaccine. From the coronavirus to fighting terrorism, the two have upped cooperation in recent years. For more on the relationship, CGTN's Su Yuting recently sat down with the UAE ambassador to China.

In the interview, Ambassador Ali Al Dhaheri said the vision and plan for Xinjiang are impressive and that cooperation in anti-terrorism and de-radicalization is important.

He talked about new areas for China-UAE cooperation under the framework of the Belt and Road Initiative and congratulated CPC on its successes over the course of a century.

CGTN: You have visited Xinjiang before. Could you please tell us what impressed you the most during this visit? How do you evaluate the anti-terrorism and de-radicalization measures taken by China's Xinjiang Uygur Autonomous Region?

Ambassador: In terms of my own experiences, Xinjiang is an area where you can find a great mix of various minority nationalities and sights ranging from snowy mountains to deserts, and from the exotic cultures of central Asia to the Middle East. I have been to many cities in China, but traveling in Xinjiang gave me a different and special feeling. What impressed me most during the visit was the positive plan and vision for Xinjiang – China wants the region to play an active part in the Chinese economy, provide stability, raise living standards and improve the lives of the region's people.

Xinjiang is also rich in natural resources and energy sources, and is distinguished by its proximity to the Gulf region, making it an attractive destination for investment.The investment being made into Xinjiang supports addressing poverty, through boosting the economy and increasing opportunities by subsidies to improve the education system. All of this lays the foundation for skilling up and providing paths out of poverty, matching new skills to emerging opportunities. This will boost jobs and achieve stability.

There is further prosperity and development of the regional economy, which in turn shows consistency with the world's poverty reduction experience. We strongly support China's measures aimed at developing Xinjiang, creating jobs, developing infrastructure, and expanding investment fields and opportunities in order to eradicate poverty.

To answer your second part of the question, the UAE adopts the principle of non-interference in the internal affairs of countries.

We noticed that Xinjiang has witnessed a state of stability during the last four years, which is comforting not only for Xinjiang people but for all Chinese citizens. Again, the United Arab Emirates considers terrorism as a global scourge that transcends national borders, which has caused the spread of extremism and exacerbation of security and humanitarian crises in the region and the world, and the occurrence of many losses of lives, and tremendous damage to the infrastructure and economies of countries.

It supports all precautionary measures to combat terrorism, violence and de-radicalization that China is taking to maintain the protection and stability of its territories, rejects all forms of extremism, terrorism and national separatism, and undertakes actions that inflame national unity.

The United Arab Emirates commends the efforts made by China in caring for Chinese citizens, especially in the Xinjiang region, and for supporting national cohesion, stability and security. 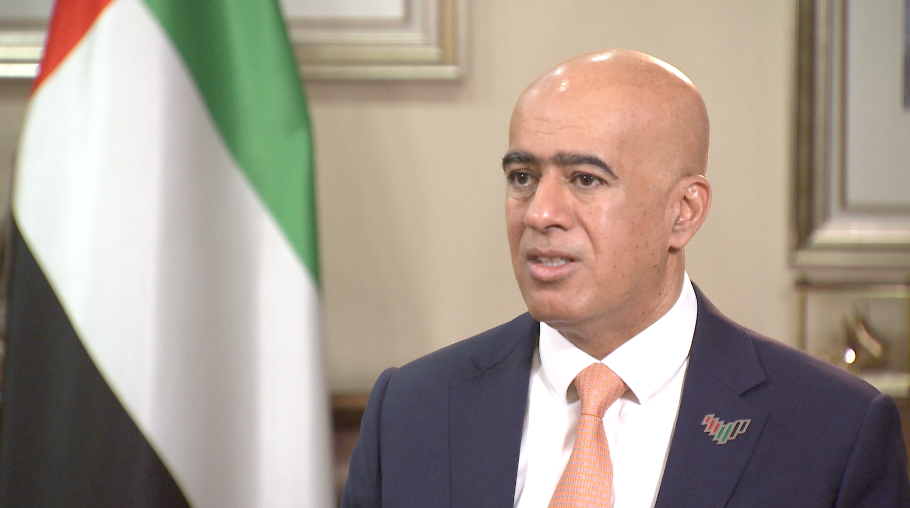 The UAE ambassador to China, Ali Al Dhaheri receives CGTN's interview at the Embassy of the United Arab Emirates in Beijing, China. /CGTN

The UAE ambassador to China, Ali Al Dhaheri receives CGTN's interview at the Embassy of the United Arab Emirates in Beijing, China. /CGTN

CGTN: Cooperation in anti-terrorism and de-radicalization is an important part of China-UAE relations, and the UAE has rich experience and mature practices in this regard. How will China and the UAE strengthen exchanges and cooperation in this field?

Ambassador: The UAE is dedicated to supporting moderate Islam and countering extremist interpretations of the faith. The country is leading efforts to promote inclusion and compassion through Islam, countering the root cause of extremism and disrupting the messages that lead to radicalization. The UAE has built a model of tolerance and moderation, establishing itself as a haven in its region. The country is spearheading a number of initiatives at home and around the Middle East.

The UAE government advocates fighting extremism by implementing strict enforcement of counter-terrorist financing laws and regulations, disrupting the recruitment of foreign fighters, preventing extremist exploitation of the web and social media, and challenging the use of religious centers to promote hatred and violence or recruit.

The UAE has established the International Institute of Tolerance which aims to help build a cohesive society and promote the UAE as a role model for tolerance and anti-extremism while challenging all forms of discrimination. The UAE works to cooperate with many different countries in this area around the world and seeks to strengthen such cooperation with responsible global actors in addressing such challenges, including China.

CGTN: Chinese President Xi Jinping has proposed the Belt and Road Initiative, and Crown Prince Mohammed has also proposed the concept of Revitalizing the Silk Road, what achievements have been made by China and the UAE in jointly building the Belt and Road? What are the new areas for cooperation in the future?

Ambassador: The Belt and Road Initiative has made a name for itself as a grand infrastructure building project. There has been support in the UAE for physical infrastructure including the largest single-site solar park in the world Mohammed bin Rashid Al Maktoum Solar Park. Shanghai Electric collaborated with the Dubai Electricity and Water Authority (DEWA) to support this project.

The Chinese Silk Road Fund reached the financial close of the 950 (Megawatt) MW. However, the Belt and Road Initiative has evolved to so much more than physical infrastructure and to more of a tertiary level. A Memorandum of Understanding was a few months ago signed between Abu Dhabi Global Market (ADGM) and Sunline Holding Ltd, to promote the development of ADGM's FinTech ecosystem. This will support and connect businesses and markets in MENA and across the Belt and Road Initiative. This agreement will develop digital financing and loan solutions for SMEs to support and grow their operations in a post-pandemic environment.

This type of advanced cooperation will also advance during the sixth Annual Meeting of the Asian Infrastructure Investment Bank (AIIB), which will be held in Dubai, United Arab Emirates (UAE) on October 27-28, 2021, in parallel with the Dubai World Expo. This will bring a number of Asian countries together including China and the UAE, with 103 approved members worldwide. Here we will work to improve social and economic outcomes in Asia. 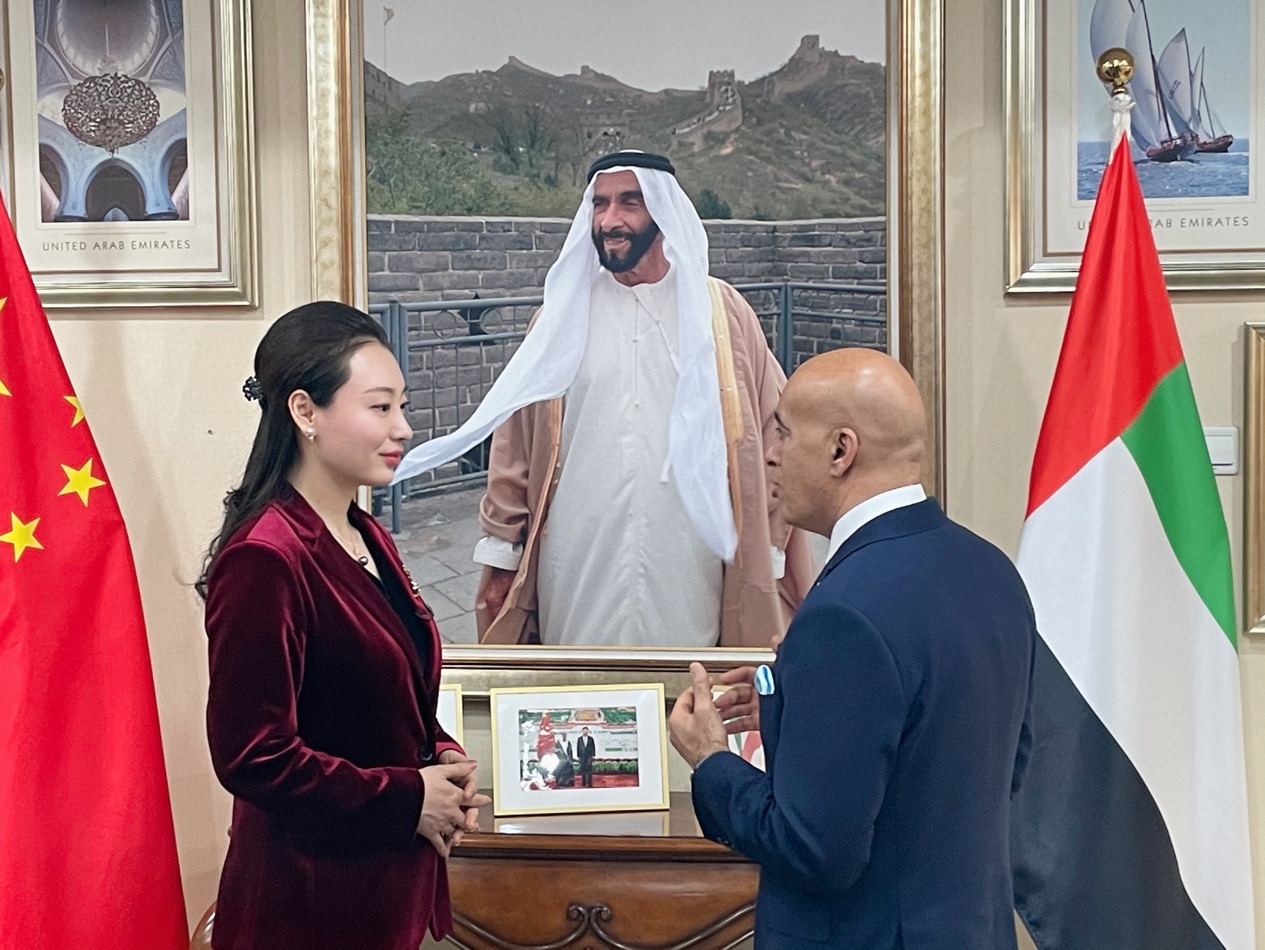 CGTN's Su Yuting (L) talks with the UAE ambassador to China, Ali Al Dhaheri at the Embassy of the United Arab Emirates in Beijing, China. /CGTN

CGTN's Su Yuting (L) talks with the UAE ambassador to China, Ali Al Dhaheri at the Embassy of the United Arab Emirates in Beijing, China. /CGTN

CGTN: 2021 marks the centenary of the Communist Party of China and launch of the 14th Five-Year Plan. It is also the 50th anniversary of the founding of the UAE, and Dubai will host the first World Expo in the Middle East. What are your expectations for the development of China-UAE relations this year?

Ambassador: This year will provide these major landmarks for both of our nations, and I would like to take this opportunity to firstly congratulate the Chinese Communist Party on its successes over the course of a century. Transformational economic and social development has been achieved in China. We have seen Chinese society evolve and improve the lives of millions and millions, as well as a decade upon decade an improvement of living standards. Not only has China lifted 850 million people out of poverty, but for the economic and social development of its people, the party has achieved so much more.

For the UAE too, a transformation has occurred during our 50 years as a nation that we will mark this year. Starting as a small nation on the tip of the Arabian Peninsula, our wise leadership has moved our nation up the ranks where it is now level with many advanced nations. We have cities that are ranked by experts as being level with great cities.

The UAE is 16th in the world's Ease of Doing Business Index. It is this type of wide recognition of the UAE's increasing global status that led the nation to be awarded the first World Expo ever to be hosted in the Middle East. Expo Dubai will be the largest event ever staged in the Arab world and is set to welcome 190 participating countries and millions of visitors from across the globe. We hope that people from around the world will experience the best of warm Emirati hospitality at its finest. They will experience the UAE's values of inclusion, tolerance, and cooperation.

The theme of Expo Dubai is Connecting Minds, Creating the Future. With partnership at the center of this expo, we are delighted to welcome one of our most important friends to this event. We are looking forward to welcoming a Chinese Pavilion at Expo Dubai, under the theme 'Building a Community with a Shared Future for Mankind - Innovation and Opportunity'. The pavilion is expected to be one the largest at the event and it should prove to be very exciting.

At 4,636 square meters, the China Pavilion will symbolize hope and a bright future and is designed to be a combination of Chinese and Western culture, with the Chinese culture as its core. It will showcase China's profound culture and long-standing history by artistically integrating Chinese elements with modern technologies.

Just days after this opening of the Expo, the UAE is delighted to be hosting the crucial sixth annual meeting of the AIIB. In much the same way as Dubai Expo, this meeting will help to provide constructive impetus and initiative for the world, and we are delighted to work with the many global stakeholders in the AIIB including China, on mutually beneficial global opportunities to improve social and economic outcomes in Asia.

We will be working towards strengthening the ever-deeper friendship that resulted from the support between our nations through the pandemic and strengthens our comprehensive strategic partnership. Guided by the UAE's wise leadership, we plan to drive forward achieving $200 billion of bilateral trade flows between our nations by 2030.