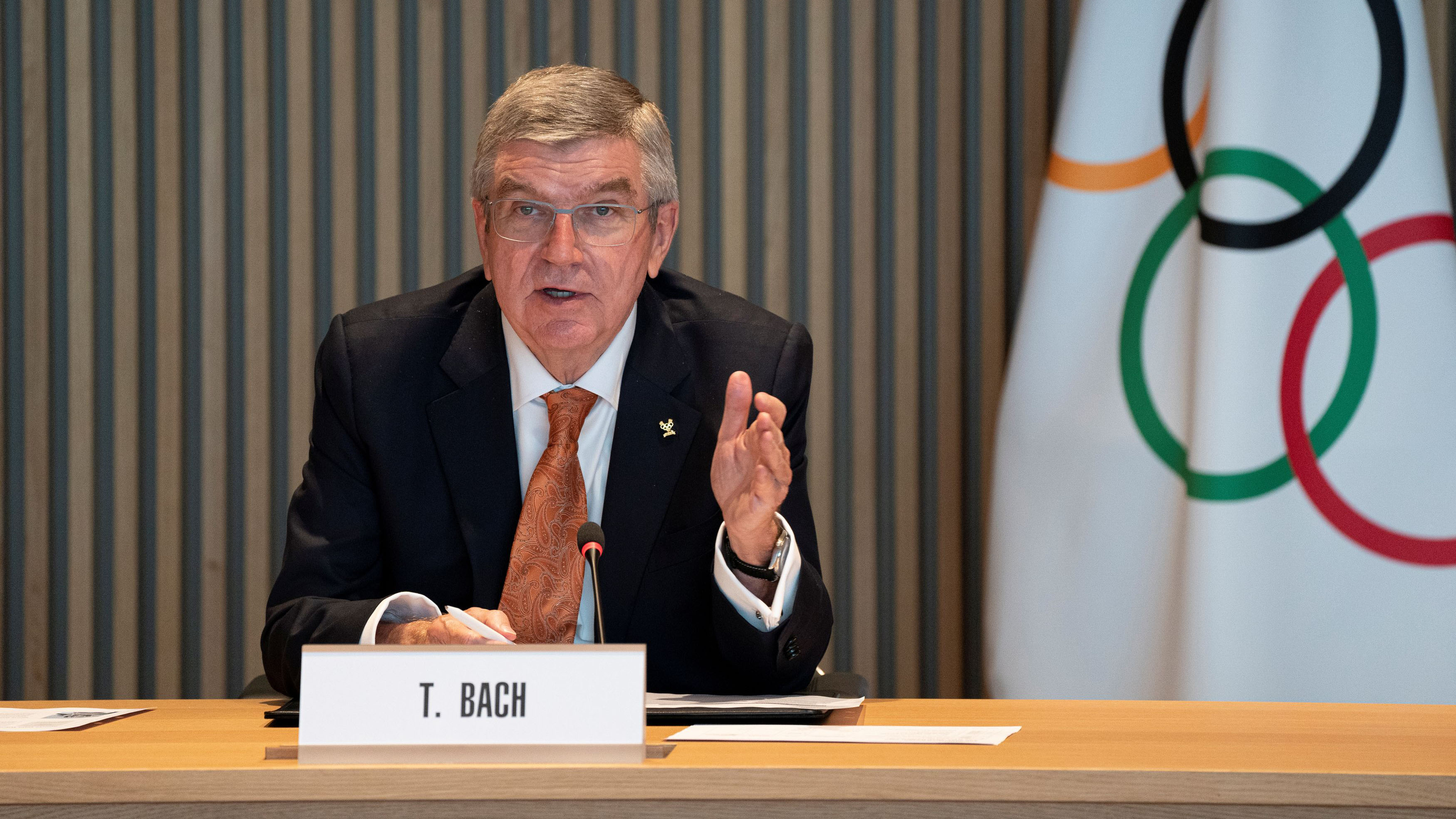 To mark one year to go until the opening of the Beijing Winter Olympics, International Olympic Committee (IOC) President Thomas Bach sent a congratulatory letter to China Media Group (CMG) President Shen Haixiong on Thursday, extending his best wishes to all CMG employees and stating that China is ready to welcome the best winter sport athletes across the world despite the challenges of COVID-19.

"It is worth noting the positive news that international sports events have restarted in 25 Olympic summer sports," Bach wrote in the letter, adding that over 60 percent of the Tokyo 2020 athlete qualification places have been allocated," said Bach. 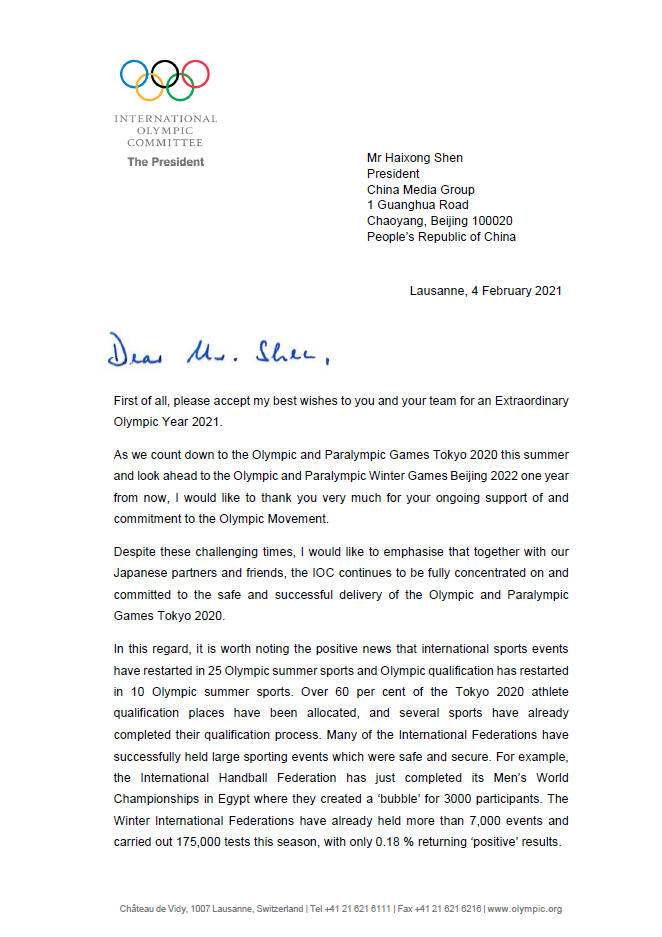 "With the unity of purpose, from the National Olympic Committees (NOCs), the International Federations and from the athletes, we have at his stage no reason whatsoever to doubt that the opening ceremony (of Tokyo Olympics) will take place on July 23, 2021 and that the Paralympic Games will open a month later, on August 24, 2021. The question is not 'whether' but 'how' these Olympic Games will take place," Bach said.

Bach also said that Chinese President Xi Jinping expressed his confidence that China would host a successful Winter Olympics in a recent phone call. "We also agreed on the essential importance of respecting the Olympic Games and the Olympic Movement as to be beyond any political dispute," Bach wrote.

Bach also noted that the strong international support for the Games has boosted the confidence of the IOC, which has spared no effort in preparing for the back-to-back Olympics in 14 months.

He pointed out that the United Nations General Assembly has recently unanimously adopted a resolution that explicitly "welcome with appreciation" all the upcoming Olympic and Paralympic Games, while the G20 leaders also declared their support for the Tokyo and Beijing Games at the 2020 Summit.

"We are always stronger together," he added.