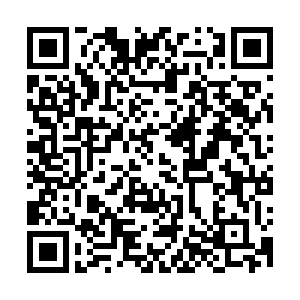 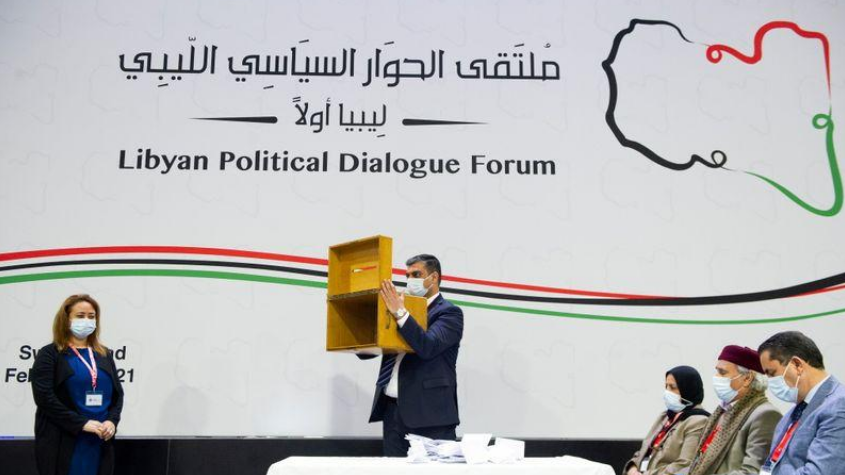 A staff member shows the empty ballot box after delegates voted for the election of a new interim government for Libya during the Libyan Political Dialogue Forum in Chavannes-de-Bogis near Geneva, Switzerland, February 5, 2021. /Reuters

A staff member shows the empty ballot box after delegates voted for the election of a new interim government for Libya during the Libyan Political Dialogue Forum in Chavannes-de-Bogis near Geneva, Switzerland, February 5, 2021. /Reuters

UN-sponsored talks produced a new executive authority for Libya on Friday aimed at resolving a decade of chaos, division and violence by holding national elections later this year.

Abdul Hamid Mohammed Dbeibah, from the western city of Misrata, was selected as the new Libyan prime minister and Mohammad Younes Menfi, a former diplomat from Benghazi, as president of a three-man Presidency Council. Mossa Al-Koni and Abdullah Hussein Al-Lafi were selected as members of the council.

Libya has been engulfed in chaos since a North Atlantic Treaty Organization-backed intervention ended Muammar Gaddafi's four-decade rule in 2011 and has been split since 2014 between warring administrations backed by foreign powers.

All candidates for the executive authority promised to honor the plans to hold presidential and parliamentary elections on December 24 and not to run for office then.

"Today we have very good news in our search for peace. I welcome the selection by members of the Libyan Political Dialogue Forum (LPDF) of a unified, temporary executive authority," Guterres told reporters.

He called on all members of the dialogue and the Libyan and international stakeholders to respect the results of Friday's vote.

There is no reason for anybody not to be in agreement with this process, he said. "This process was a process agreed by all key actors, both Libyan actors and all other countries directly or indirectly involved in Libya. It was a transparent process, and it was a process that was inclusive of all regions of the country and all political forms of expression within the country."

Guterres believed that Friday's Geneva vote represents a breakthrough as it followed the agreement on a nationwide ceasefire.

"So now we have a ceasefire. We have a political agreement about elections. We have a new transitional authority being put in place, or going to be put in place," he noted.

It is essential that all foreign fighters and mercenaries move first to Tripoli and Benghazi and then leave Libya, according to the new schedule that was defined. And it is essential that everybody cooperates with the new authorities to make peace happen in Libya, he said.

Guterres congratulated the three new members of the Presidency Council and the prime minister-designate on their selection and wished them every success in their mandate to lead Libya for the remainder of the preparatory phase, leading up to national elections in December 2021.

The United Nations' commitment to supporting the Libyan people in their efforts to build a peaceful and prosperous country will continue, said Guterres.