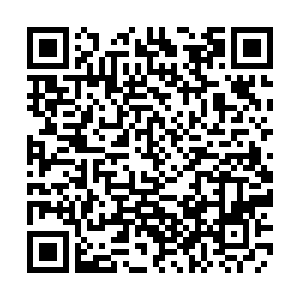 The Wizard of Oz isn't an obscure name in China. But MGM's 1939 film of the same title is probably better-known than Lyman Frank Baum's 1900 novel. I remember reading an illustrated edition of the book as a child. The pictures were actually screen captures of the film. Asked about Dorothy's magical footwear today, more are likely to say they are shiny red from the Hollywood movie rather than the original silver in the book.

Of the story's multiple appeals that make it popular across the Pacific, the emotional closure in homecoming is definitely among the most powerful with fans in China where kinship is still more pronounced than individualism. "There's no place like home," the film's most celebrated line, tugs the heartstrings of many. Yet with the 2021 Spring Festival season nearing, it sounds melancholic for the hundreds of thousands of Chinese travelers who discover that their journey home is far bumpier than "following the yellow brick road."

Spring Festival travel isn't the simplest task to begin with, and the coronavirus pandemic has complicated it even further.

Hundreds of millions would take advantage of the seven-day long national holiday either traveling home or going on vacation. A train or flight ticket to a popular destination could be in painfully high demand at the beginning and towards the end of the season. The country has been upgrading its transport network over the past decades to alleviate the pain with some successes. But the COVID-19 pandemic has shifted the focus of the problem completely.

Travel costs, in terms of time, could be up significantly for travelers due to the epidemic. Rounds of virus tests before and after a trip are irksome. Weeks spent on quarantine in the event of being caught up in the same compartment with a carrier is a price many income earners struggle to pay. Not to mention the utmost danger of actually contracting the disease and spreading it to the family. On the other hand, the national transport network is in jitters coping with the invisible "passenger," sanitizing every nook and cranny during the interim between travelers coming and going.

The precarious circumstances have landed both holiday makers and the transport industry in a dilemma. For migrant workers the problem boils down to the emotionally charged question of whether the festival journey home should be made at all – Dorothy's silver shoes exist only in Oz after all. If many of them eventually opt out of the trips, the financial blow to the entire industry is likely to be costly.

In this public hesitation, the government finds itself faced with a conundrum. Despite the hitherto largely successful campaign in keeping the domestic epidemic at bay, the recent flare-ups in northern China are alarming enough to dampen the festivity and remind the government of the success's fragility. The situation could turn worryingly unpredictable if more than half of the country's population rush home at the same time. In terms of containing potential outbreak, what Beijing and Shanghai can cope with could be a disaster for a developing region. Even worse is if the flare-ups come up simultaneously in multiple places which could stretch government resources dangerously thin.

But people want to go home badly during this time of the year. Weighing the sentiment against the situation, the government has decided to step up its communication with the public to raise awareness: staying where you work for the Lunar New Year is "encouraged." The message is clear, the festival travel rush is potentially risky for individuals as well as the medical system. But there are no rigorous travel restrictions except for areas with clusters of COVID-19 cases. Testing is mandatory prior to a trip. So is digitally recording one's footprints for future tracing should the need occur. Supporting policies are in place for those who remain, such as free mobile data doled out for users to keep in touch with families at home.

But problems have arisen. Despite or because of the flexibility with the central policies, some local governments are reluctant to embrace the festival inflow of their fellows and have gone as far as shutting them out from their hometowns. Extra quarantine has also been reported in several places on top of the requirement by the central public health authority. Driven by the fear of being held accountable should the coronavirus break out under their watch, the local officials in question decided to transfer the managerial cost to the people returning to their families after a difficult year.

People staying put where their jobs are for the holiday are worried about the supply of goods. The concern has more to do with logistics than shortage given that the distribution network is composed of migrant workers who equally want to join their families.

The nonconformity to central government policies has been righted in some places but issues down on the township level could take time to uncover and unroot. Workforce concentrated cities where there are more staying than leaving this year tend to be economically mature. Coordinating resources to meet consumption demands therefore is relatively easier. But the holiday mode is bound to disrupt the entire delivery network to some extent.

Dorothy's magic shoes are the product of fantasy beyond our reach. But some lessons are still available to be drawn from her adventure home. Three creatures accompany her to the end of her journey and find what they suspected wanting, i.e., the Scarecrow and his wisdom, the Tinman his "heart" and the Lion his courage – things that constitute the dimensions policies should be pitched against: It takes wisdom to design and courage to decide, and most importantly the caring heart for the people's wellbeing to implement.