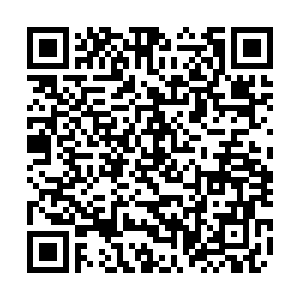 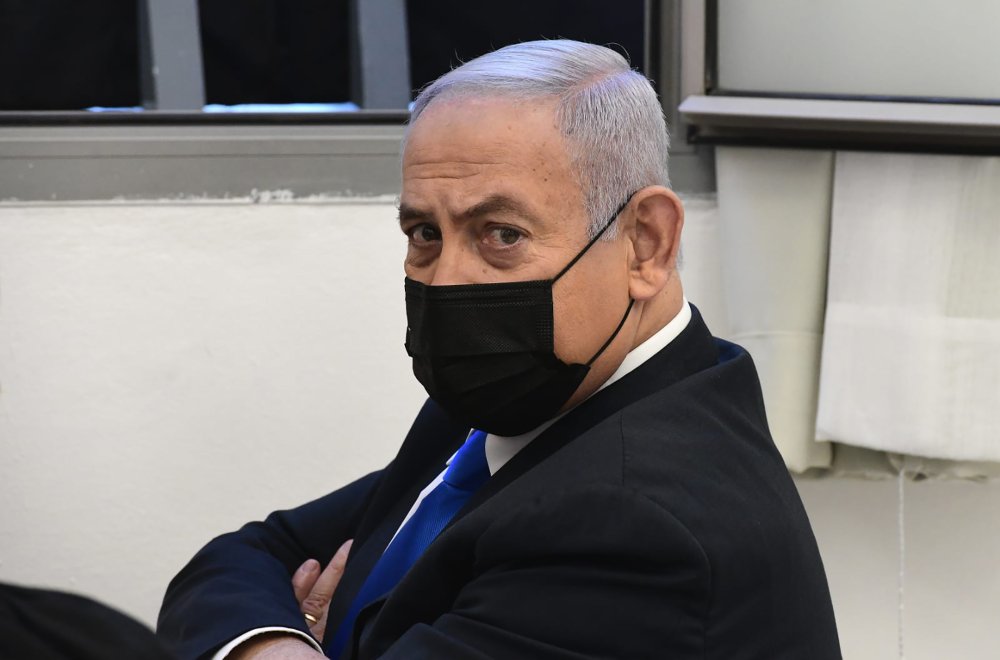 Israeli Prime Minister Benjamin Netanyahu prior to a hearing at the district court in Jerusalem, February 8, 2021. /AP

Israeli Prime Minister Benjamin Netanyahu prior to a hearing at the district court in Jerusalem, February 8, 2021. /AP

Israeli Prime Minister Benjamin Netanyahu pleaded not guilty Monday as his trial on corruption charges resumed in a Jerusalem courtroom just weeks before national elections in which he hopes to extend his 12-year rule.

Netanyahu was indicted last year for fraud, breach of trust and accepting bribes in three separate cases. In recent months, Israelis have held weekly protests calling on him to resign over the charges and criticizing his government's response to the coronavirus crisis. Protesters gathered outside the courthouse could be heard inside the room where the hearing was being held.

He stands accused of accepting lavish gifts from wealthy friends and offering to grant favors to powerful media moguls in exchange for favorable coverage of him and his family. The latest hearing was postponed last month due to lockdown restrictions on public gatherings.

"Everyone knows the cases against me are rigged," Netanyahu said, adding that the prosecutors hadn't done a good job. Still, he said holding the evidentiary stage at this time would amount to election "interference".

At Monday's hearing, Netanyahu's lawyers submitted a written response pleading not guilty. They then argued against the cases on procedural grounds, saying the attorney general had not properly approved the investigations in writing.

After around 20 minutes, Netanyahu left the courtroom without explanation and his motorcade departed. His only remarks to the court were that he had nothing to add to his attorney's response to the charges. Then the hearing then continued in his absence.

The prime minister's attorneys called on the court to postpone evidence hearings for several more months, claiming they had inadequate time to prepare. If granted, the hearings would take place after the upcoming elections. 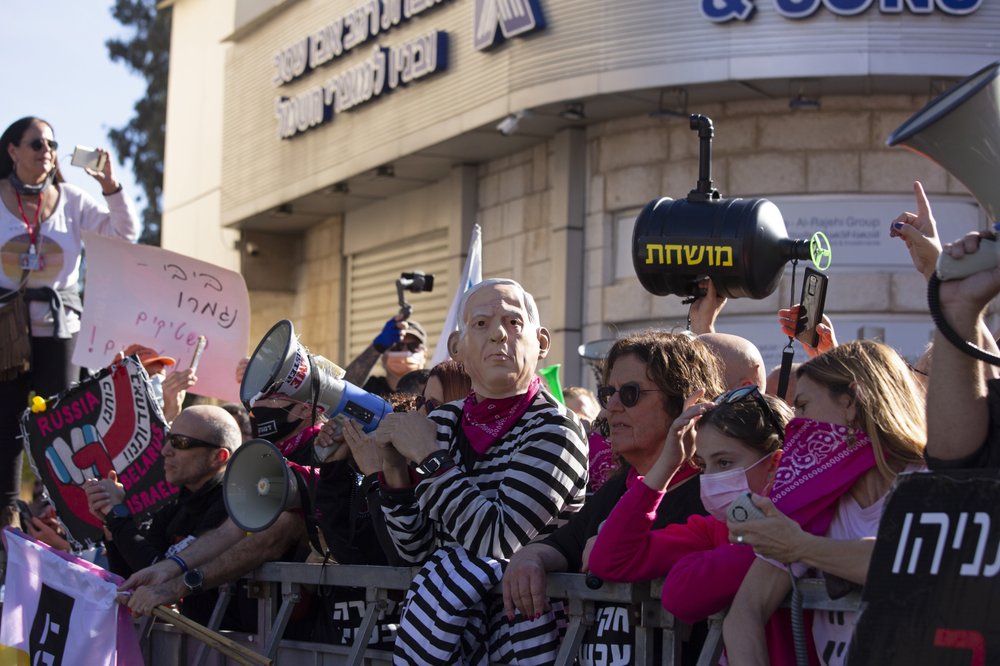 Protesters, including one wearing a mask depicting Israeli Prime Minister Benjamin Netanyahu, gather outside the District Court during a hearing in his corruption trial, in Jerusalem, February 8, 2021. /AP

Protesters, including one wearing a mask depicting Israeli Prime Minister Benjamin Netanyahu, gather outside the District Court during a hearing in his corruption trial, in Jerusalem, February 8, 2021. /AP

Outside the courthouse, around 150 protesters chanted against Netanyahu.

"We want a new government, a clean government, no corruption," said Sharon Sagy, a protester.

At the start of his trial last May, Netanyahu was flanked by a cohort of Likud party allies as he railed against the media, police, judges and prosecutors. He said the trial aimed to "depose a strong, right-wing prime minister, and thus remove the nationalist camp from the leadership of the country for many years."

Monday's hearing was far more subdued. Netanyahu arrived at the courthouse unaccompanied by supporters and entered through a rear entrance.

Netanyahu has served as Israel's prime minister since 2009, and in the past two years has managed to hang onto power through three tumultuous, deadlocked elections. His flimsy ruling coalition collapsed in December and he now faces a major battle for reelection in March 23 parliamentary elections.

Netanyahu, as Israel's longest serving leader, is also the first sitting prime minister to go on trial for corruption. Israeli law requires Cabinet ministers to resign when charged with criminal offenses, but does not specifically address the case of a prime minister under indictment.