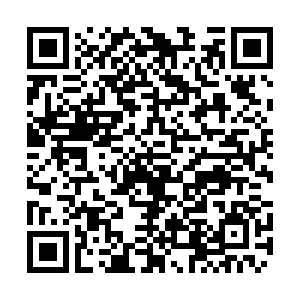 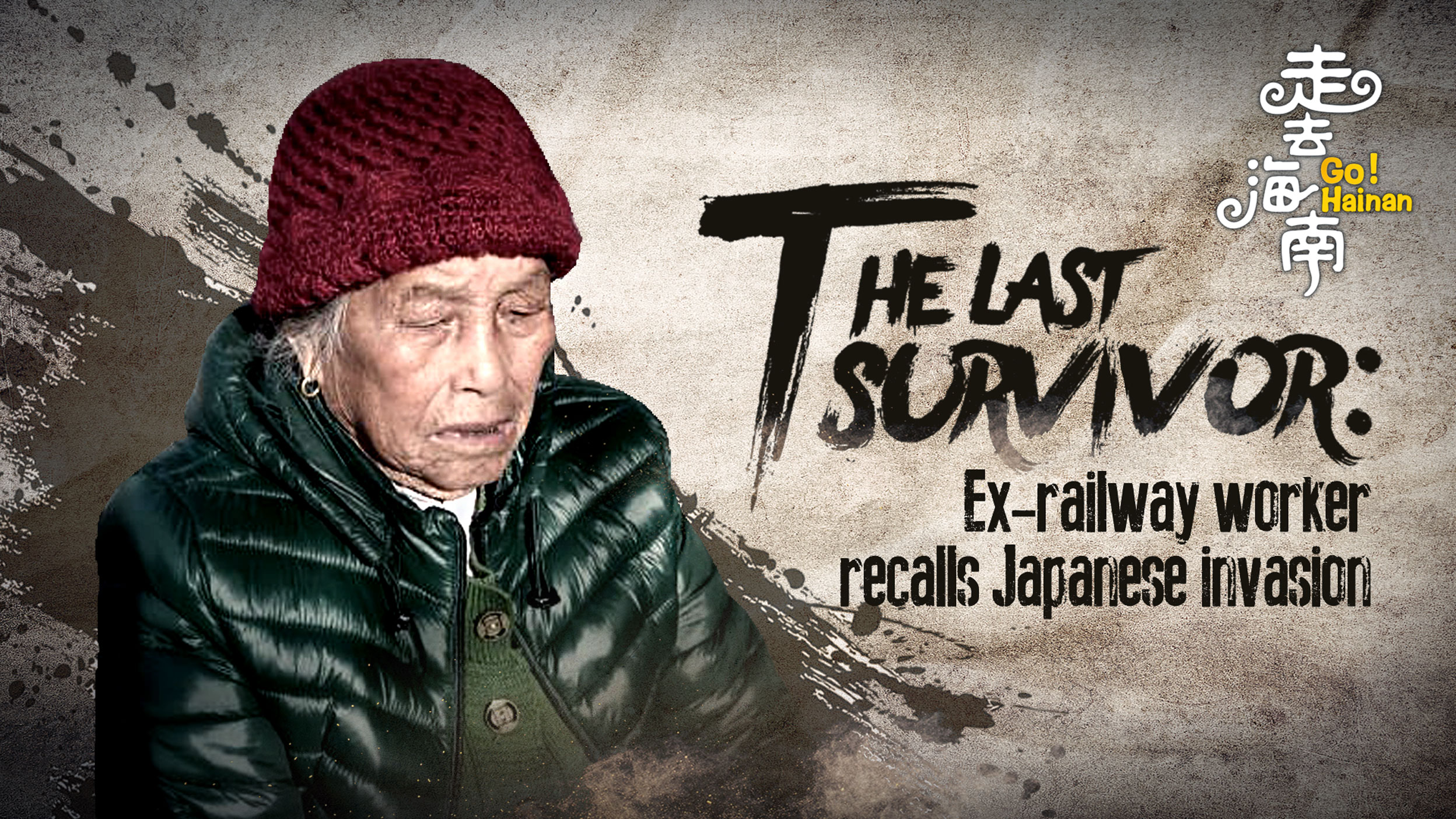 "The Japanese (army) killed laborers who didn't do their jobs right. Some died of disease, and others died of starvation. The bones were high," recalled 96-year-old Zhang Renchang, who is the last surviving laborer from the Japanese army invasion of Hainan Province.

Wearing a green jacket and a red hat, Zhang looked calm. But she got emotional talking about the Japanese army. Her voice began to tremble and she started speaking in the local dialect instead of Mandarin.

Zhang lives with her daughter in Basuo Town, Dongfang City. The city is nestled on the western coast of south China's Hainan Island, a quiet testament of the Japanese army's plunder and the persecution of laborers during the Chinese People's War of Resistance Against Japanese Aggression. 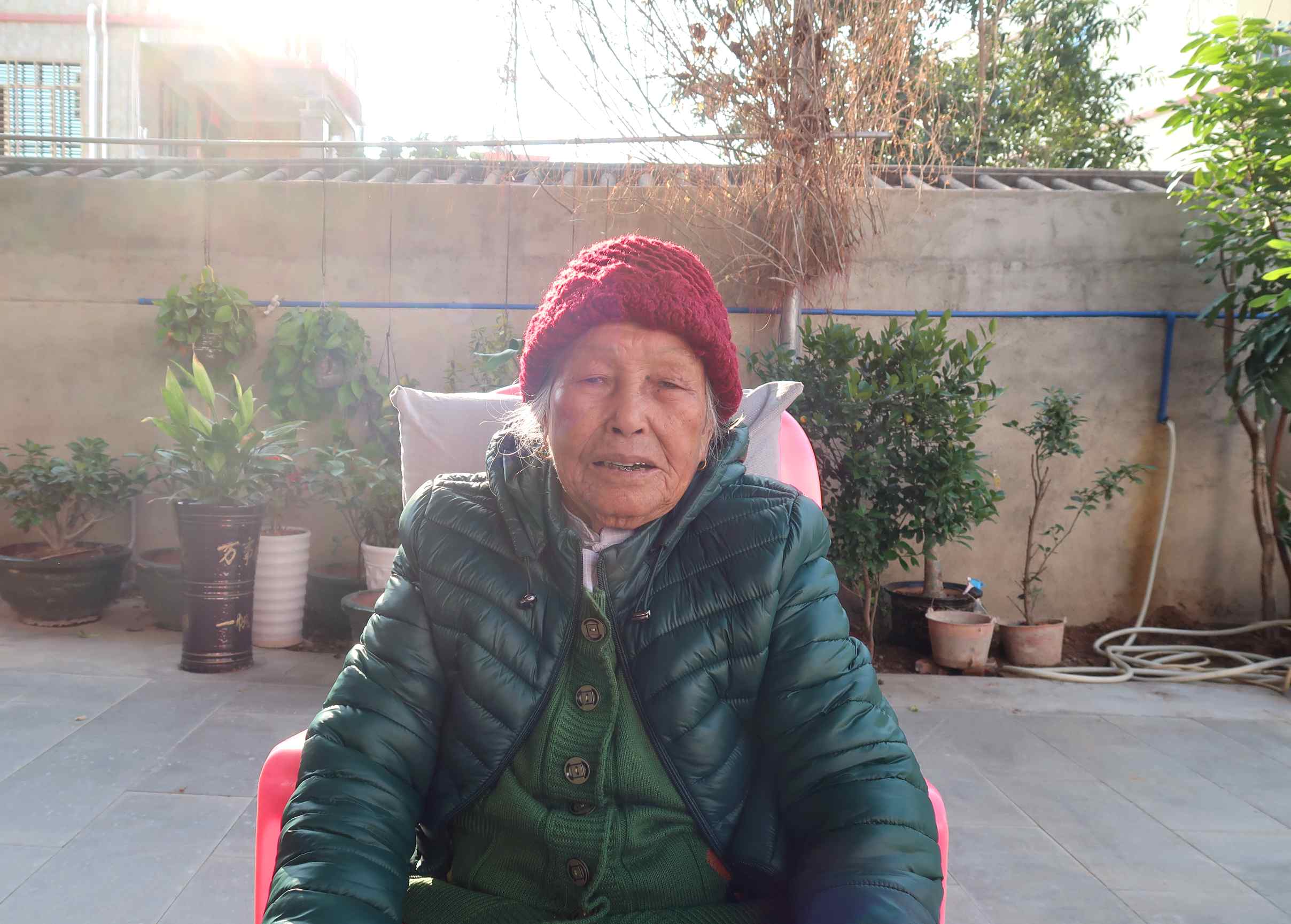 From 1939 to 1945, to build ports and railways in Basuo, the Japanese army captured laborers from across China by deception and force. After brutal torture and killings, only a handful survived, according to Qin Wei, the director of Dongfang City Museum.

"The Japanese army arrived in Hainan when I was 14," recollected Zhang, who was then still an adolescent and didn't have the strength or muscle to perform the mandatory tasks lain ahead. Fortunately, she was spared hard labor and was assigned menial chores that didn't require much physical exertion. She cooked meals, swept floors, washed clothes, and carried coal to the trains as instructed by the Japanese invaders. But others were not so "lucky."

"Laborers were forced to kneel, take off their pants, and then get flogged. They were beaten to the ground and were pulled up again, over and over," Zhang sighed as she described the horrors to CGTN. Even though the tragedy struck over 80 years ago, she narrated the events in such detail as if it all happened just yesterday. 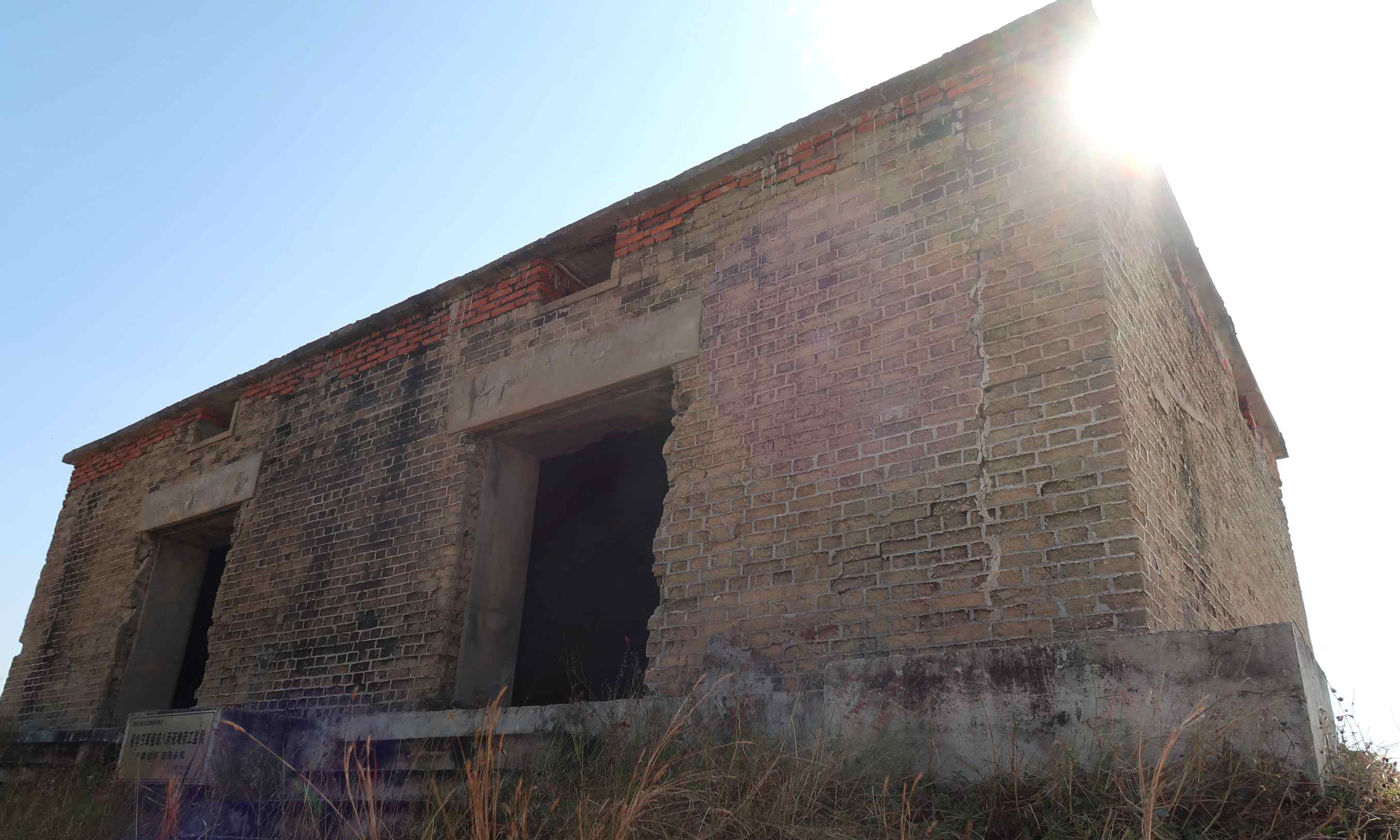 An old prison where laborers were tortured by the Japanese army. Zhang Ziyu/CGTN

An old prison where laborers were tortured by the Japanese army. Zhang Ziyu/CGTN

"We spotted the grave when we went to dig for wild vegetables nearby. I was frightened. They (The Japanese) killed people every day," said Zhang. What she called "the grave" is actually a "mass grave" in Basuo Town. Not far from where Zhang lives, it's where the Japanese army massacred laborers, creating mountains of corpses.

The mass grave is one of the three mass graves in China from the Chinese People's War of Resistance Against Japanese Aggression, said Qin Wei, the other two mass graves are located in Fuxin City, northeast China's Liaoning Province and Datong City, north China's Shanxi Province.

"Human bones were a common sight on this beach until the 1980s," said Qin.

"My mom used to speak Japanese. She was quite fluent," remembered Fu Jiangqiong, Zhang's daughter. Fu said she can't even bear to imagine the scars the Japanese left on her mother.

"How many of our compatriots were killed? They killed many people from our village," Zhang uttered less of her own experiences and feelings and more of her compatriots. "I am still scared of the Japanese," she continually emphasized. 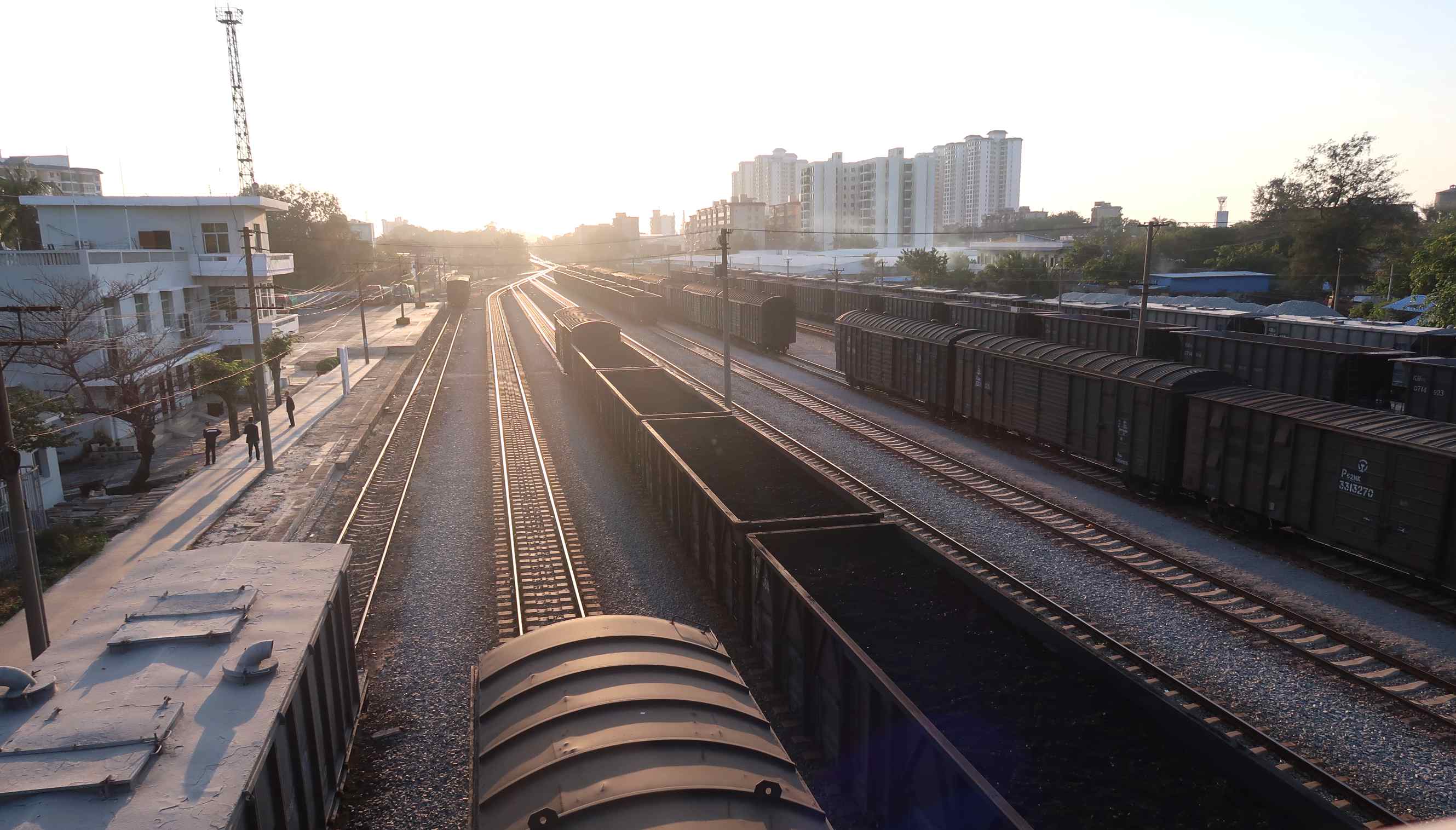 Behind the railway construction

The Japanese captured over 30,000 laborers and prisoners of war to build the Basuo Port and railway for minerals and other valuable natural resources. The first light railway in the history of the Hainan Railway was built in 1939, with plunder being the sole motive.

Japanese army found rich iron mines in Shilu Town, Changjiang Li Autonomous County. In 1941, they decided to build a railway line between Shilu and Basuo towns, which is called Shiba Line, the first main line railway on Hainan island, according to Qin Wei. It took less than a year from exploration to operation.

The Japanese army shipped 694,500 tons of high-quality iron ore from Shilu Town starting from 1939, according to Dongfang City Museum's historical record. In 1944, the Anti-Fascist Alliance blocked waters to preclude shipping of minerals to Japan, and that's when the Japanese halted ore extraction. 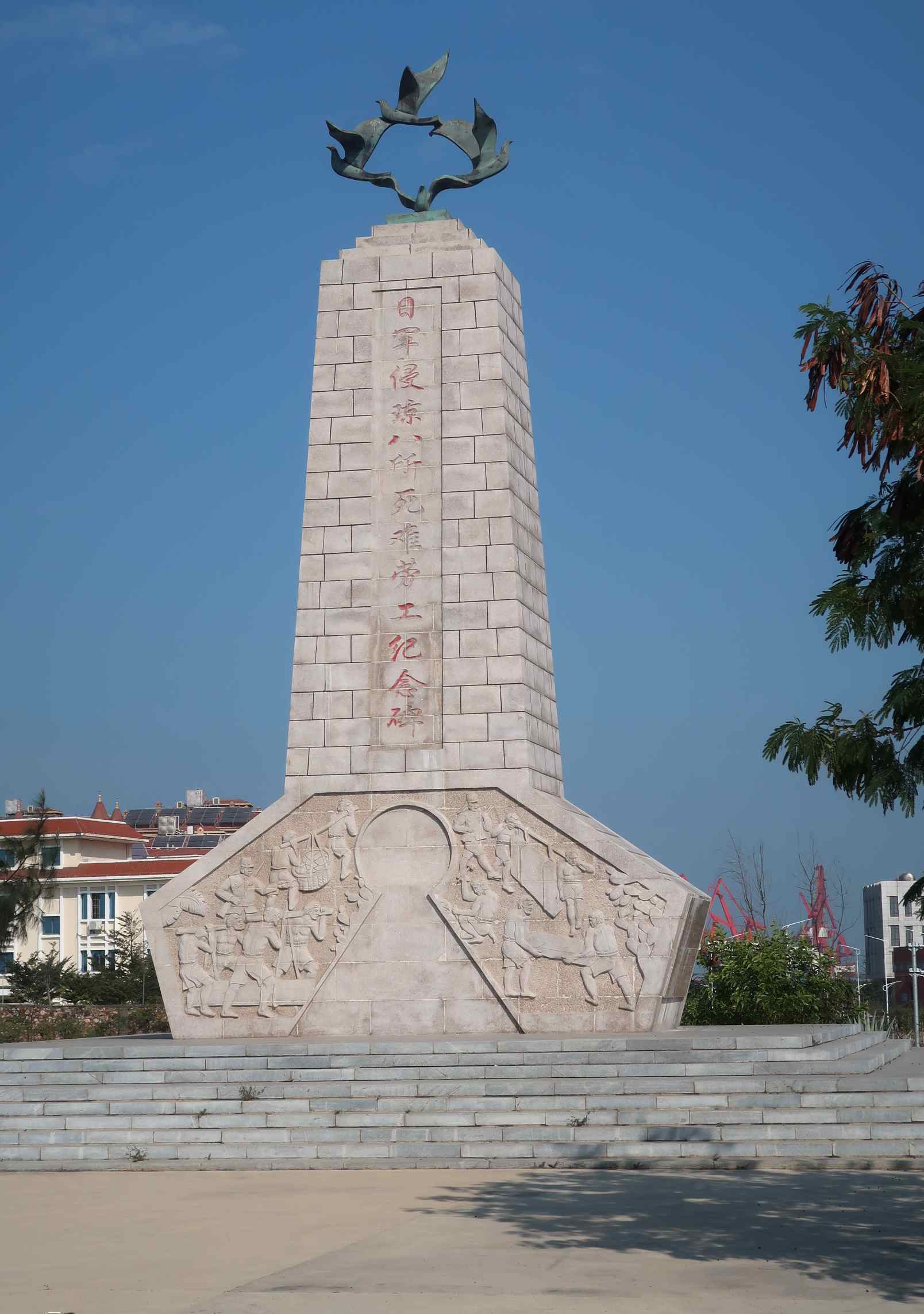 The monument of dead laborers in Basuo from the Japanese army invasion of Hainan Province. Zhang Ziyu/CGTN

The monument of dead laborers in Basuo from the Japanese army invasion of Hainan Province. Zhang Ziyu/CGTN

The Hainan Railway Museum in Dongfang City records the history of the island's railway. From 1940 to 1943, the Japanese invaders built a railway line in the west of Hainan and its total length was 240.9 kilometers.

The museum, that has conserved the grim traces of the Japanese invasion to document the history, showcases the achievements of Hainan's roundabout high-speed railway in the new era. 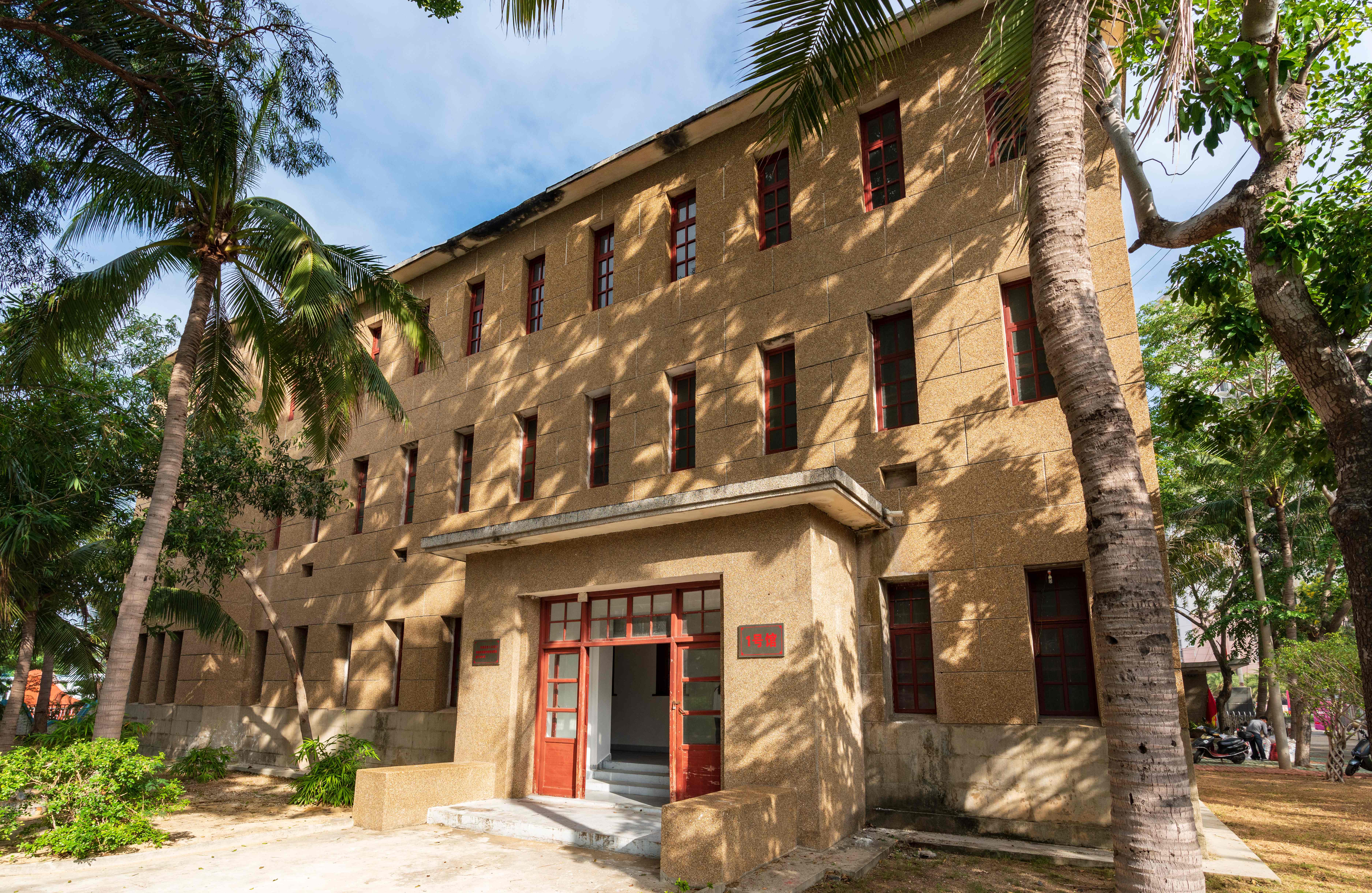 Hall No.1 of the Hainan Railway Museum was served as a headquarter for the invading Japanese troops. Qu Bo/CGTN

Hall No.1 of the Hainan Railway Museum was served as a headquarter for the invading Japanese troops. Qu Bo/CGTN

A better life since liberation

In 1945, the World Anti-Fascist War ended in victory, the Japanese army surrendered unconditionally to the Anti-Fascist Alliance, including China. In 1950, Hainan Island was fully liberated.

The development of Hainan Island in the past years is not only reflected in the economic aspect, but also people's living standards, education, and equality, among other aspects.

Zhang Renchang joined the Communist Party of China in 1955 and was chosen as the director of the village's Committee of the Women's Federation.

Living in a furnished house with her family, Zhang took up gardening and other hobbies. Her peaceful life is an embodiment of the maxim "For every dark night there's a brighter day after."