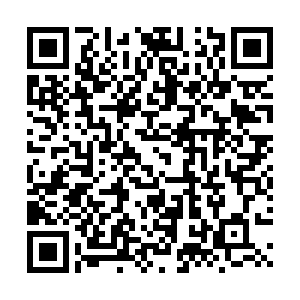 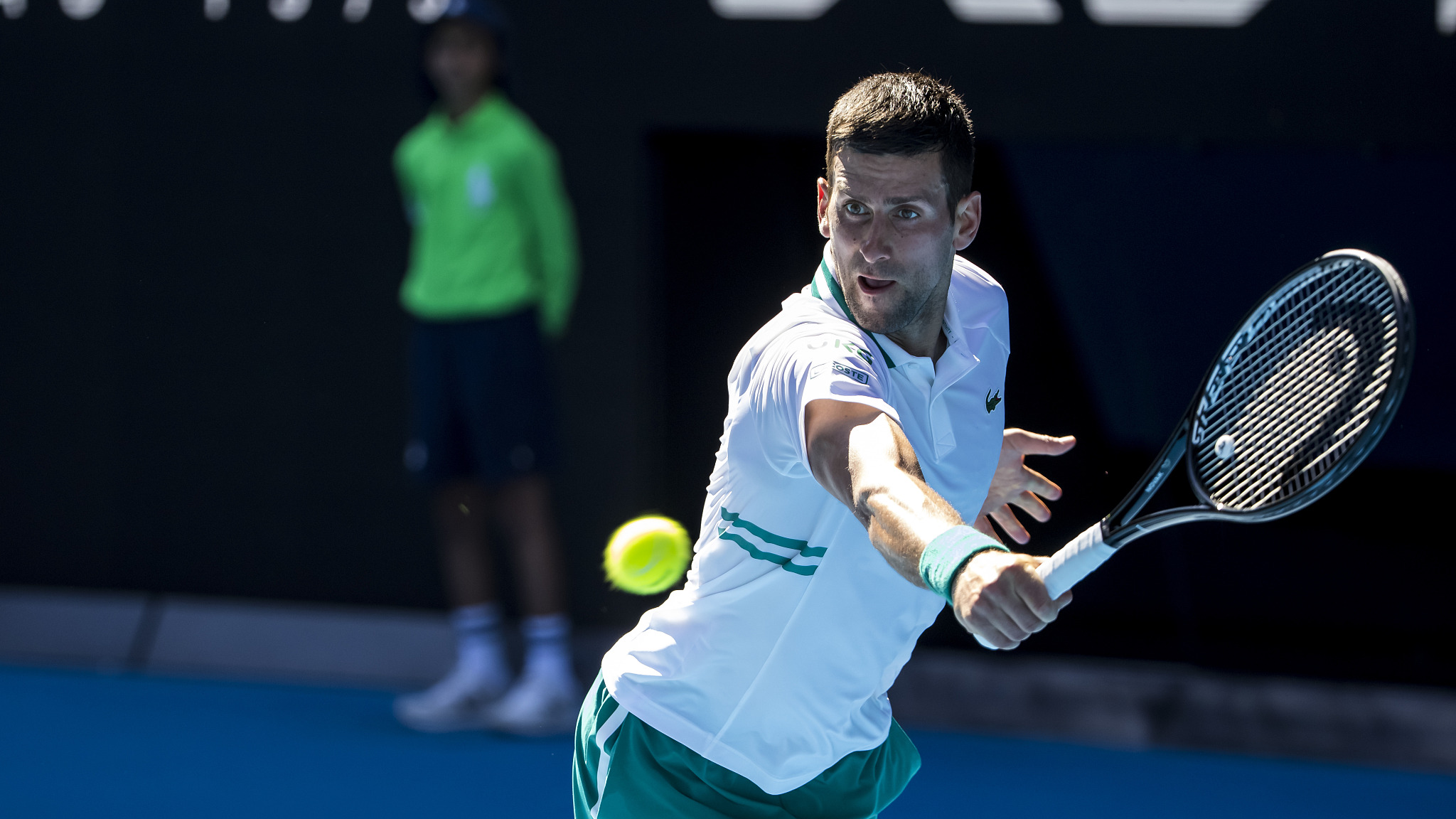 The double-defending champion Novak Djokovic rose to the challenge to claim a galvanizing 6-3 6-7(3) 7-6(2) 6-3 win against Frances Tiafoe to reach the third round of the Australian Open as Serena Williams continued her ominous form at Melbourne Park with a 6-3, 6-0 second-round drubbing over Nina Stojanovic.

Djokovic survived a serious scare Wednesday from dangerous American Tiafoe, who pushed him to four grueling sets before the world number one prevailed.

The Serbian top seed looked in control after taking the first set, but lightning-quick Tiafoe, who was the quarter-finalist two years ago, refused to let go easily.

He bounced back to take a close second set and pushed for another tiebreak in the third, only gave in with two many unforced errors.

They went shot-for-shot in the fourth until a glorious backhand gave Djokovic the crucial break for 4-3, with a frustrated Tiafoe slapped with a warning for swearing then double-faulting to hand the top seed the match.

Djokovic, chasing an 18th Slam crown to close in on the 20 held by Roger Federer and Rafael Nadal, has won a record eight times in Melbourne.

He will next play another American, either Taylor Fritz or Reilly Opelka. 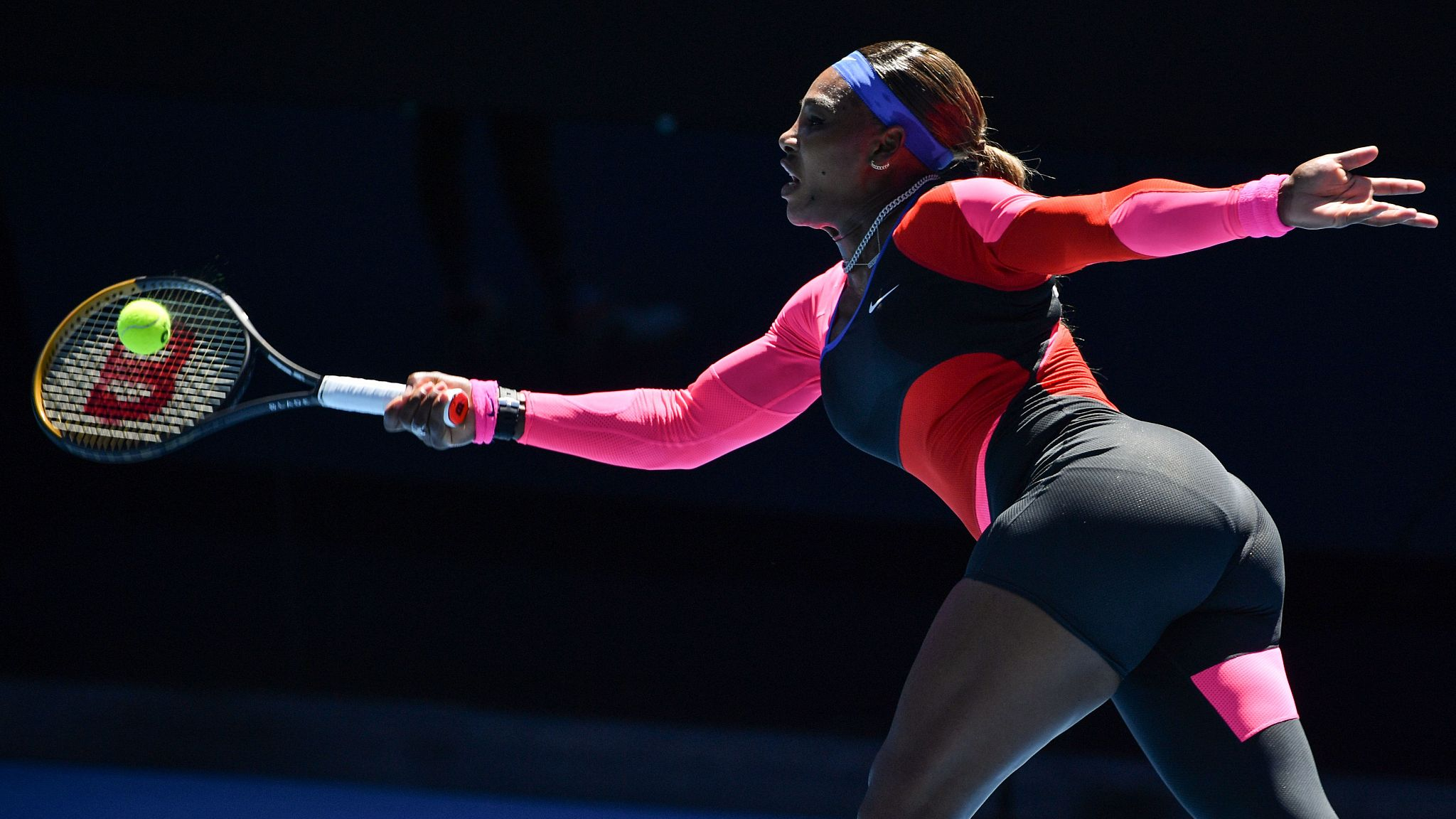 Serena Williams hits a return against Serbia's Nina Stojanovic during their women's singles match on day three of the Australian Open in Melbourne, February 10, 2021. /CFP

Serena Williams hits a return against Serbia's Nina Stojanovic during their women's singles match on day three of the Australian Open in Melbourne, February 10, 2021. /CFP

In the women's game, a relaxed Serena Williams was untroubled by Nina Stojanovic as the 23-time Grand Slam champion continued her ominous form at Melbourne Park.

The 39-year-old maintained her unbeaten run since emerging from 14-day quarantine with a 6-3, 6-0 second-round victory in 69 minutes.

"l wasn't thinking as much in the second, as I was in the first," said Williams, who hit 27 winners. "I'm here to have fun and it's great to be playing in front of a crowd."

The 10th seed started with a sizzling backhand winner and maintained a vice-like grip over the Serb, breaking in the opening game of the second set and sealing victory with her sixth ace.

The 10th seed has been in strong form so far as she chases Margaret Court's record Grand Slam tally of 24.

Also into the third round is the reigning French Open champion Iga Swiatek who took control and stopped the aggressive play of Camila Giorgi 6-2, 6-4 in 80 minutes. 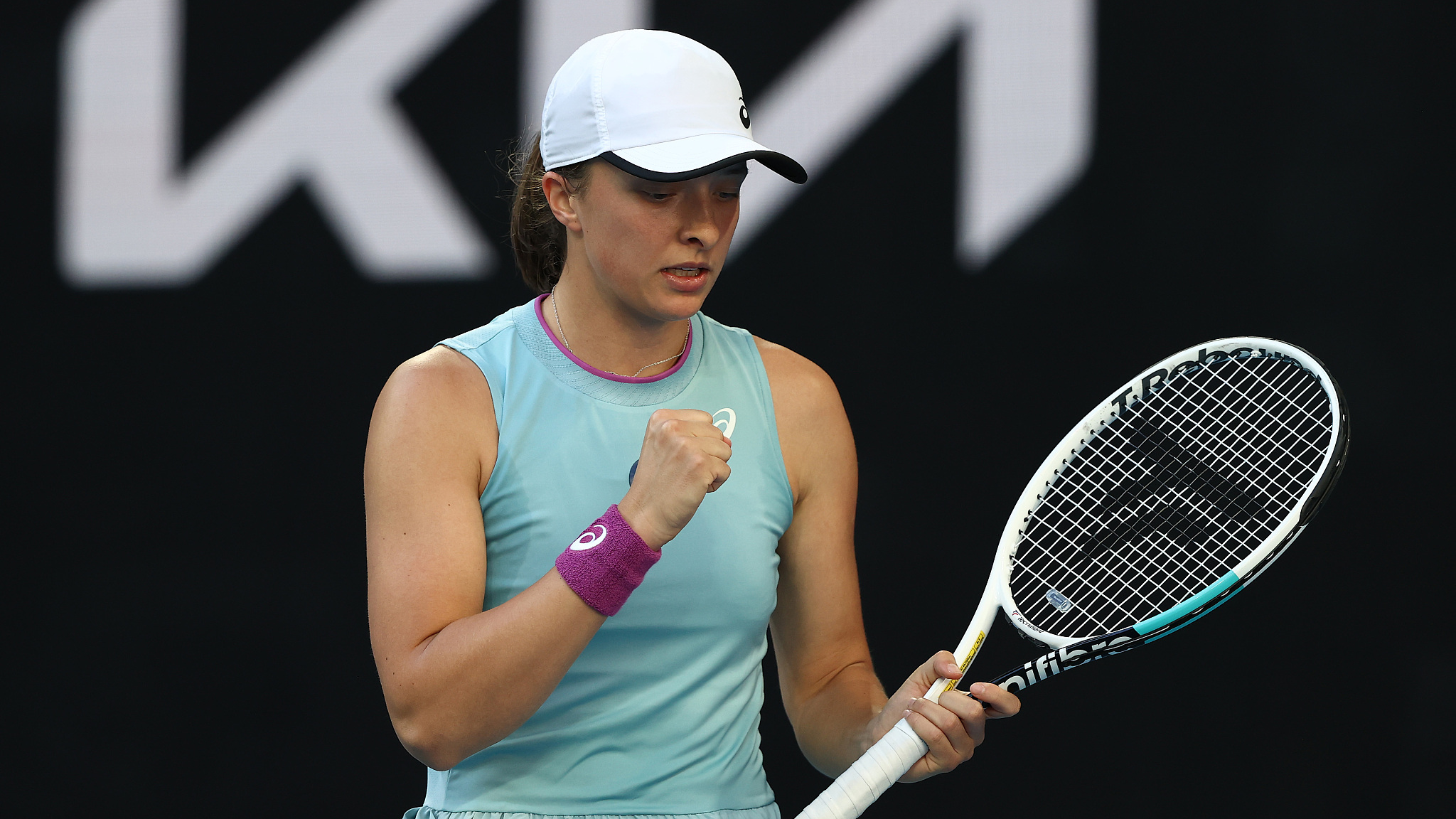 Iga Swiatek of Poland celebrates after winning a point in her women's singles second round match against Camila Giorgi of Italy at the 2021 Australian Open in Melbourne, February 10, 2021. /CFP

Iga Swiatek of Poland celebrates after winning a point in her women's singles second round match against Camila Giorgi of Italy at the 2021 Australian Open in Melbourne, February 10, 2021. /CFP

With the victory, the No. 15 seed extended her match winning streak at the majors to nine, dating back to the start of her life-changing run on the clay courts of Paris.

With Errani leading 5-1, Williams stumbled during a move for an shot by the Italian. The former world No. 1 then immediately asked for medical attention and looked in agony.

The two-time Australian Open finalist played on with her right ankle strapped but was noticeably hampered and handed the game over eventually, departing from her record 21st appearance at Melbourne Park.

(Cover image: Novak Djokovic of Serbia returns the ball during round 2 of the 2021 Australian Open at Melbourne Park in Melbourne, Australia, February 10 2021. /CFP)