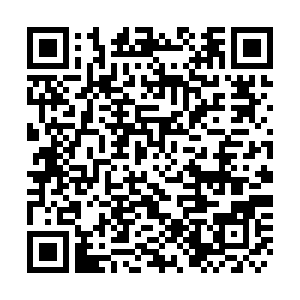 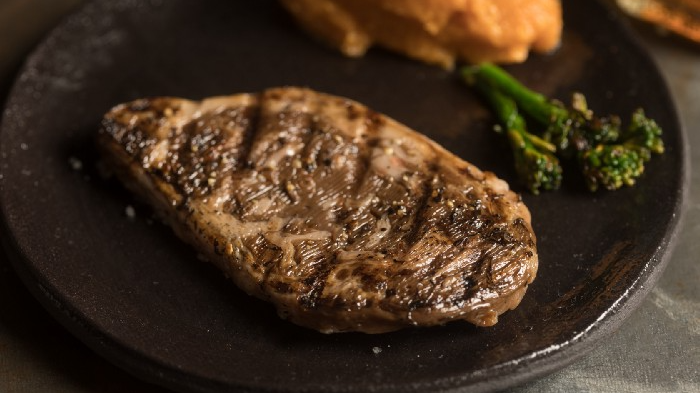 In a world's first, an Israeli company has unveiled a 3D-printed rib-eye steak that was cultivated in a lab setting using cells from a live cow. It's a milestone in the nascent field that has so far mostly turned out minced meat but is eyeing whole cuts to increase the appeal of cell-based offerings once they hit the shelves.

Aleph Farms collaborated with biomedical engineers at the Technion – Israel Institute of Technology on the hunk of meat, which the company says has the same fatty marbling as the farmed stuff and reproduces the same sensory experience when cooked.

"It incorporates muscle and fat similar to its slaughtered counterpart and boasts the same organoleptic attributes of a delicious tender, juicy rib-eye steak you'd buy from the butcher," Aleph Farms said in a statement on Tuesday.

Cultivated meat is touted as a more efficient, eco-friendly and sustainable alternative to conventionally-produced meat that could answer the world's growing appetite for burgers, kebabs and sausages without adding strain on natural resources or causing suffering to animals. Intensive animal farming has come under scrutiny in recent years over its role in environmental degradation and climate change, and agri-food technology is proposing potential solutions in the form of meats derived from plants or from cells grown in-vitro.

Read more: You could soon order your beef steak in 3D-printed form

Tens of startups from Argentina to Australia and Singapore to Spain are working on growing slaughter-free meats, from chicken to pork to shrimps and even foie gras and kangaroo, in bioreactors. However the great majority of their products have been the kind of amorphous mass suitable for balls, nuggets and patties. Whole cuts remain a challenge – one that Aleph Farms says it has overcome with 3D bioprinting technology.

Scientists harvested bovine cells and used them somewhat like ink that was printed on a plant-based structure, then left to proliferate, differentiate and form structured tissues with the texture and characteristics of a real steak. A circulatory system similar to that found naturally in living organisms allowed nutrients to move through the matrix and reach deeper cells, ensuring they don't die.

The artificial blood vessels developed by Aleph Farms resolve the problem of feeding cells in thicker tissues, which has been been an obstacle in the face of creating the perfect beef steak, chicken breast or pork chop in the lab. In 2018, when Aleph debuted its first cultivated steak, which didn't involve 3D printing, the $50 strip was just 5 millimetres in thickness – a far cry from the juicy slab of meat served at steak houses. 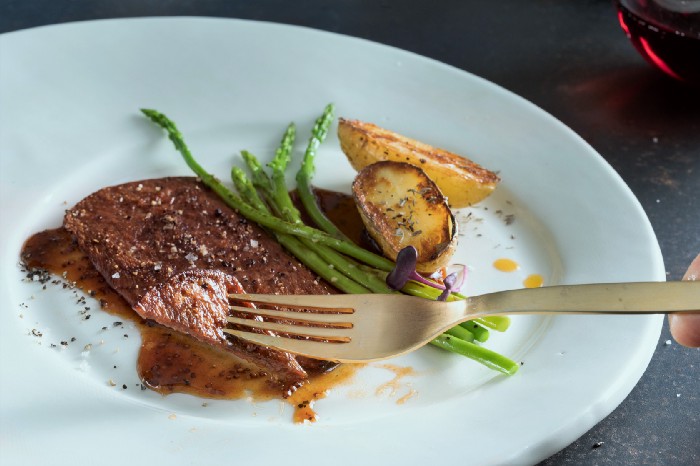 "We recognize some consumers will crave thicker and fattier cuts of meat. This accomplishment represents our commitment to meeting our consumer's unique preferences and taste buds," said Didier Toubia, co-founder and CEO of Aleph Farms in the statement.

Cellular agriculture techniques have come a long way since 2013 when the lid was lifted on the first petri dish that contained meat grown from living cow cells and destined for a burger that came with an eye-watering price tag of $300,000. Progress has since touched different links in the chain from scaffolds, structures that help cells come in contact with each other and multiply, to culture media, nutritious solutions that support cell growth.

The Israeli company now says it is able to make any type of steak and even adapt offerings to specific tastes by tweaking the amount of collagen, connective tissues and fat content.

It might be some time before these steaks make it to dining tables in the absence of regulatory approval in global markets. Last December, Singapore became the first country in the world to give the go-ahead for the sale of cultivated chicken, developed by San Francisco-based company Eat Just.

Price is also a barrier, and although production cost for cell-based meat has been brought down over the years amid scalability improvements, it remains prohibitively high. But perhaps the biggest question mark is around consumer acceptance and whether diners will have a beef with these tech-powered steaks or lick their lips at their sight.