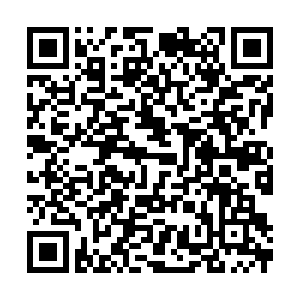 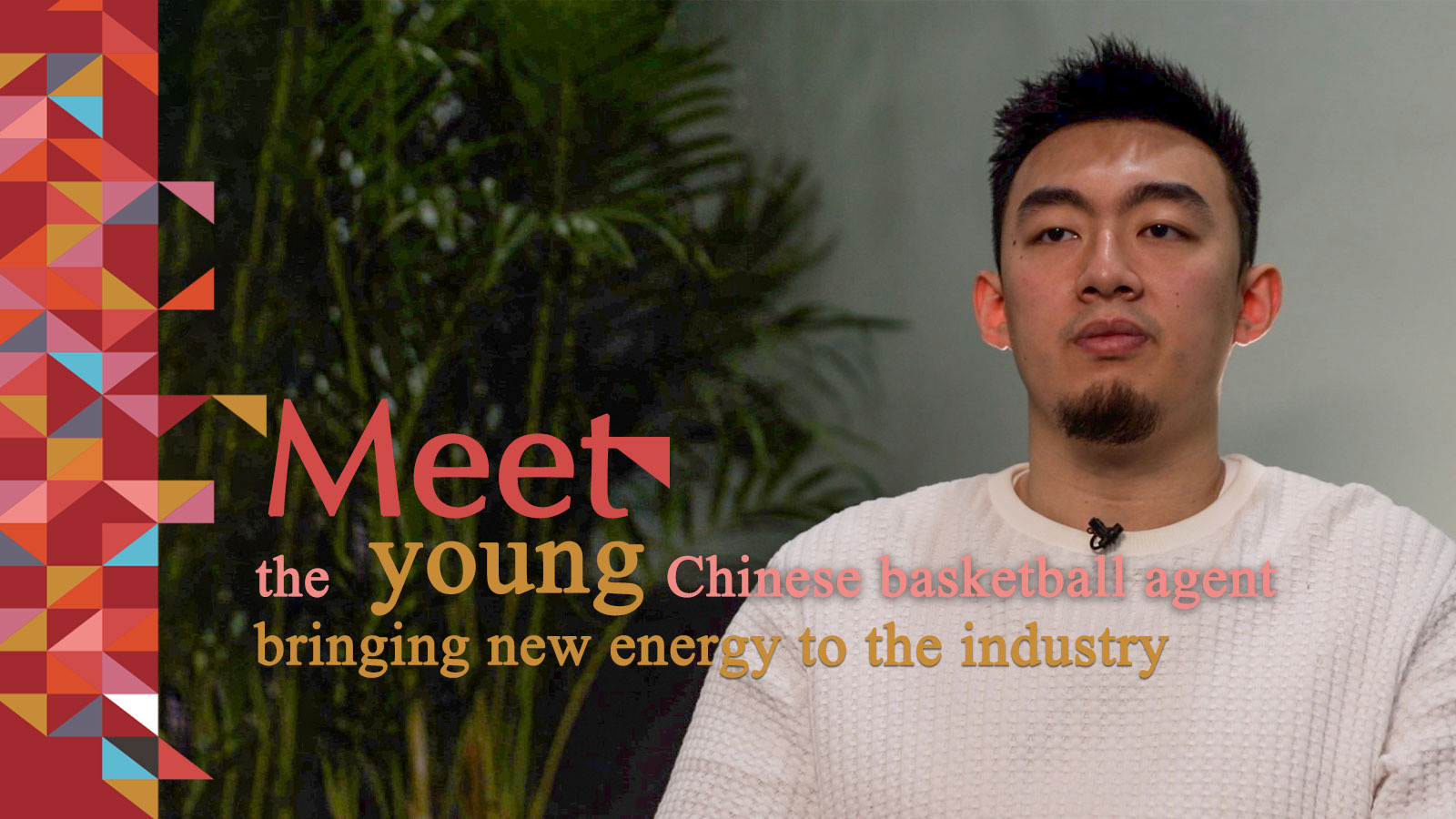 For many basketball-loving kids in China, it's always been their dream to one day turn their passion for the sport into a professional career in the industry.

For many of them, the dream dies halfway. But for Liu Jiacheng, a 29-year-old rising basketball agent who has already made his mark on the industry, the dream lives on.

"It takes time to establish yourself in the industry and there were definitely ups and downs that came along the way," said Liu, who represents some of China's best basketball players, such as Abdusalam Abdurexit, Sun Minghui and new stars like Zhu Mingzhen and Zhang Ning.

"However, being able to work on something you like is a real blessing, and that's what keeps me moving forward."

Liu's basketball story goes back a long way. Picking up the sport at a young age, he was a superb player at Beijing No. 4 Middle School.

He later studied abroad and continued playing the sport all the way through college. Meanwhile, he created opportunities for himself that gave him a glimpse of the professional basketball industry in the U.S. 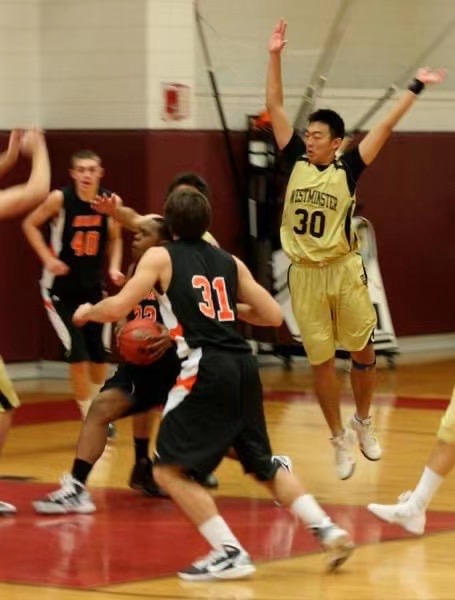 "While I was studying abroad, I was really lucky to be exposed to professional basketball in the U.S., including games and professional players," said Liu, who covered the National Basketball Association (NBA) as a news intern during college.

"The more I was exposed to the industry, the more I noticed my strengths, such as my rich knowledge of the sport as well as my communication skills," he said. "All of these built toward me finding my place in the industry."

In 2016, after years of immersion and networking in professional basketball, Liu founded his own agency, JC Sports, to help China's domestic players thrive.

"I think my professional knowledge and judgment of the sport, as well as the industry, are really what my players count on me for," said Liu.

"As I'm only a few years older than them, I believe it is really important to communicate with them sincerely. The fact that I grew up playing the sport, combined with my familiarity with both the Chinese and U.S. basketball industries, can help them." 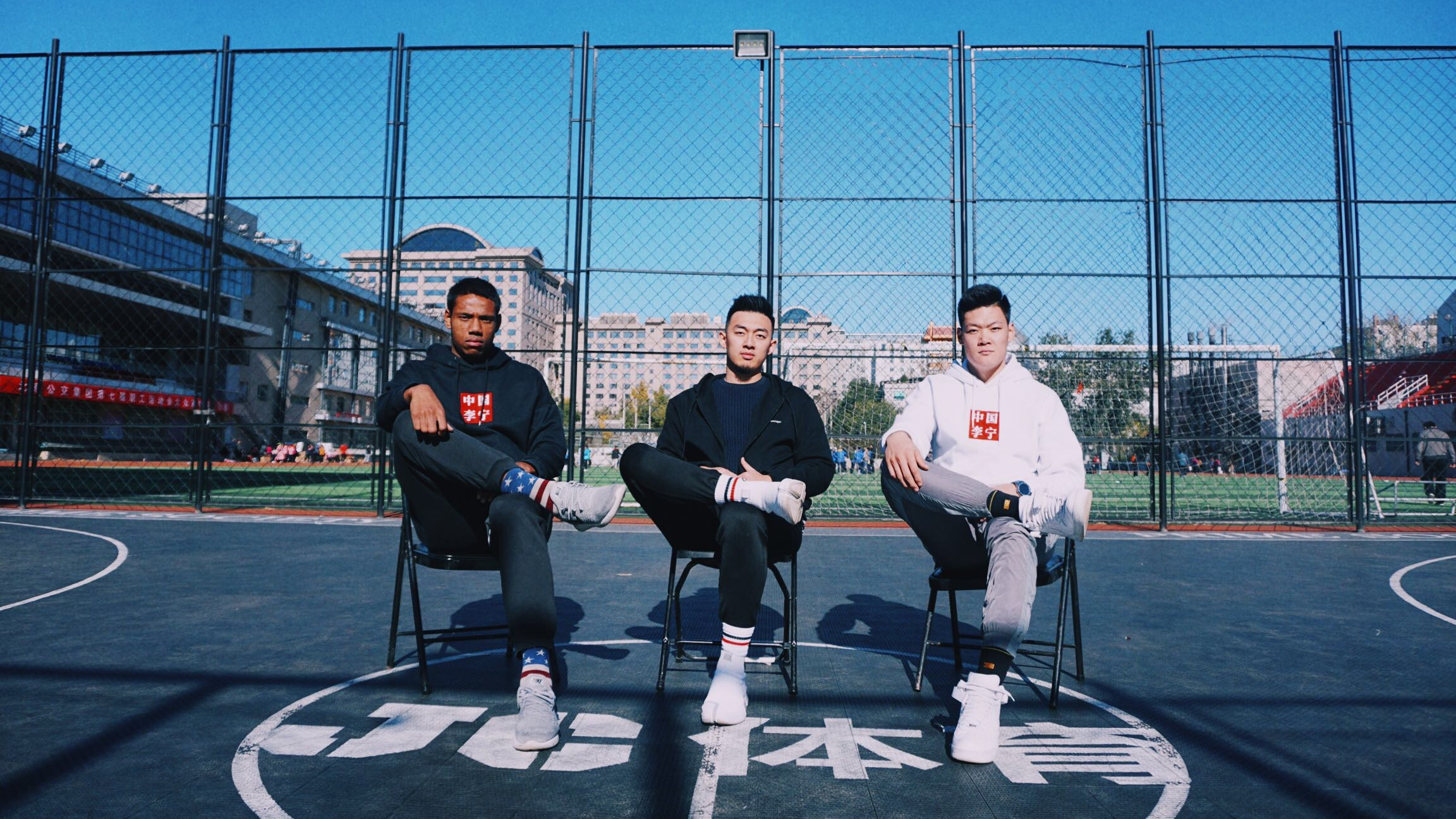 For Liu, his experience with professional basketball in the U.S. has been valuable in developing the skillset needed to be an outstanding agent.

More importantly, it strengthened his determination to help more Chinese basketball players shine on the world stage – something he perceives as his long-term goal and mission.

"The first time I went to watch an NBA Summer League game, I was wondering why there were so few Chinese players competing on that stage," said Liu.

"And I started to think, if I can be of any help using my connections and resources, I will help more Chinese players reach that stage to improve themselves."

In 2018, with the support of the Chinese Basketball Association (CBA) and the CBA club Xinjiang Flying Tigers, Liu helped one of his players, Abdusalam, get involved in the NBA Summer League and play for the Golden State Warriors. 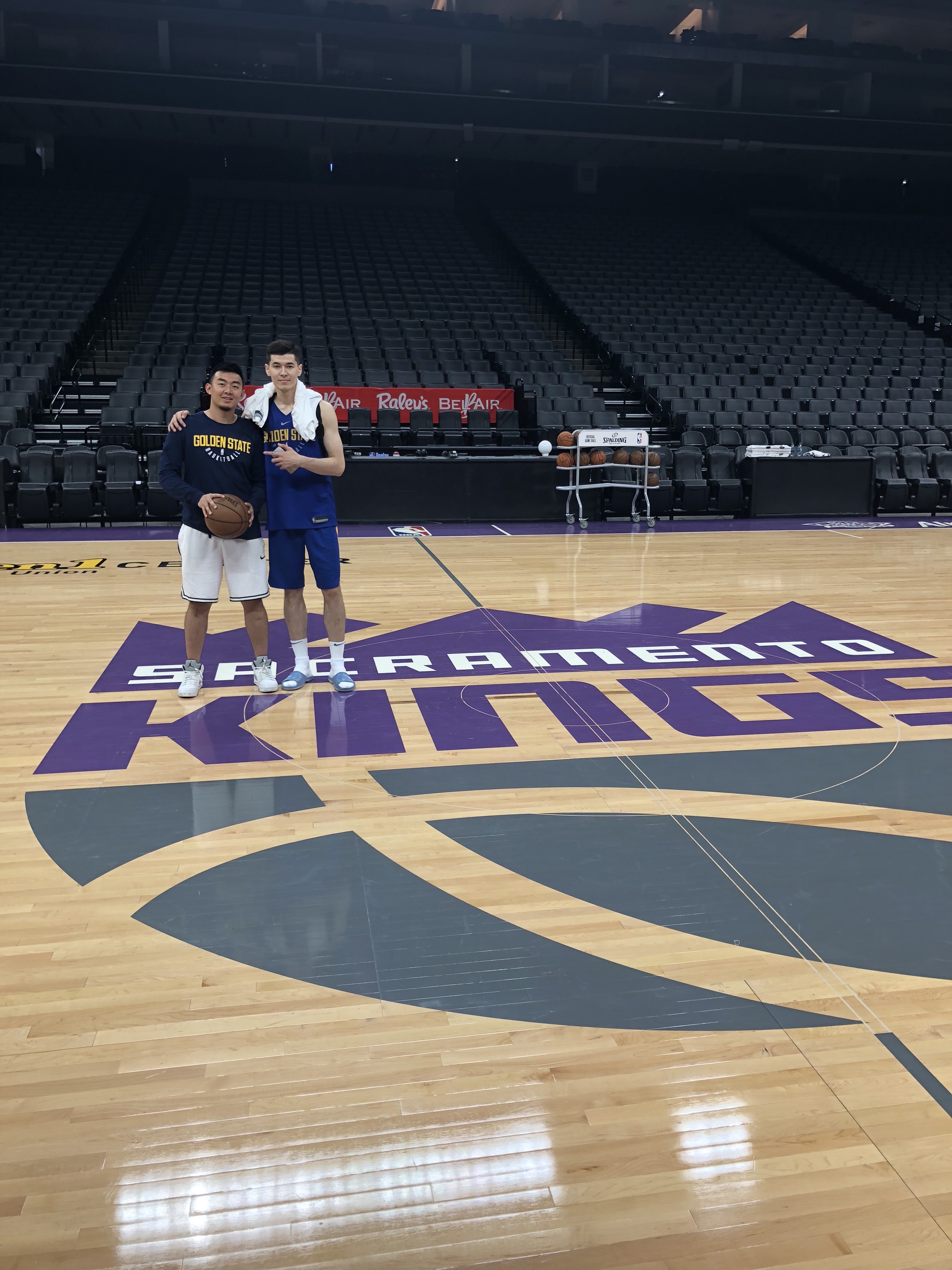 Liu Jiacheng (L) and Abdusalam at the Golden 1 Center as Abdusalam prepares to make his debut at the 2018 NBA Summer League in Sacramento, U.S., June, 2018. /Liu Jiacheng

Liu Jiacheng (L) and Abdusalam at the Golden 1 Center as Abdusalam prepares to make his debut at the 2018 NBA Summer League in Sacramento, U.S., June, 2018. /Liu Jiacheng

Following that, he set up opportunities for more players to train and practice abroad with the hope that they could get something valuable for their own growth.

"All of the competitions serve one ultimate goal," said Liu. "When they put on the national jersey and fight for China, that's when everything will pay off."

Including sports in all-round education

Having spent his high school and college years in the U.S., Liu said he was impressed with the big emphasis placed on sports in their schools.

"I was impressed with the ingrained sports culture in the U.S. educational system," said Liu. "With such a big emphasis on sports, not only will their kids develop good personalities and physiques, their professional sports industry will also benefit."

"And that is the core of integrating sports into school life – more kids will benefit and develop in an all-round way from participating in sports," Liu added.

In 2020, Liu signed several collegiate players, including Zhu Mingzhen and Zhang Ning, who went on to play in China's top professional basketball league. 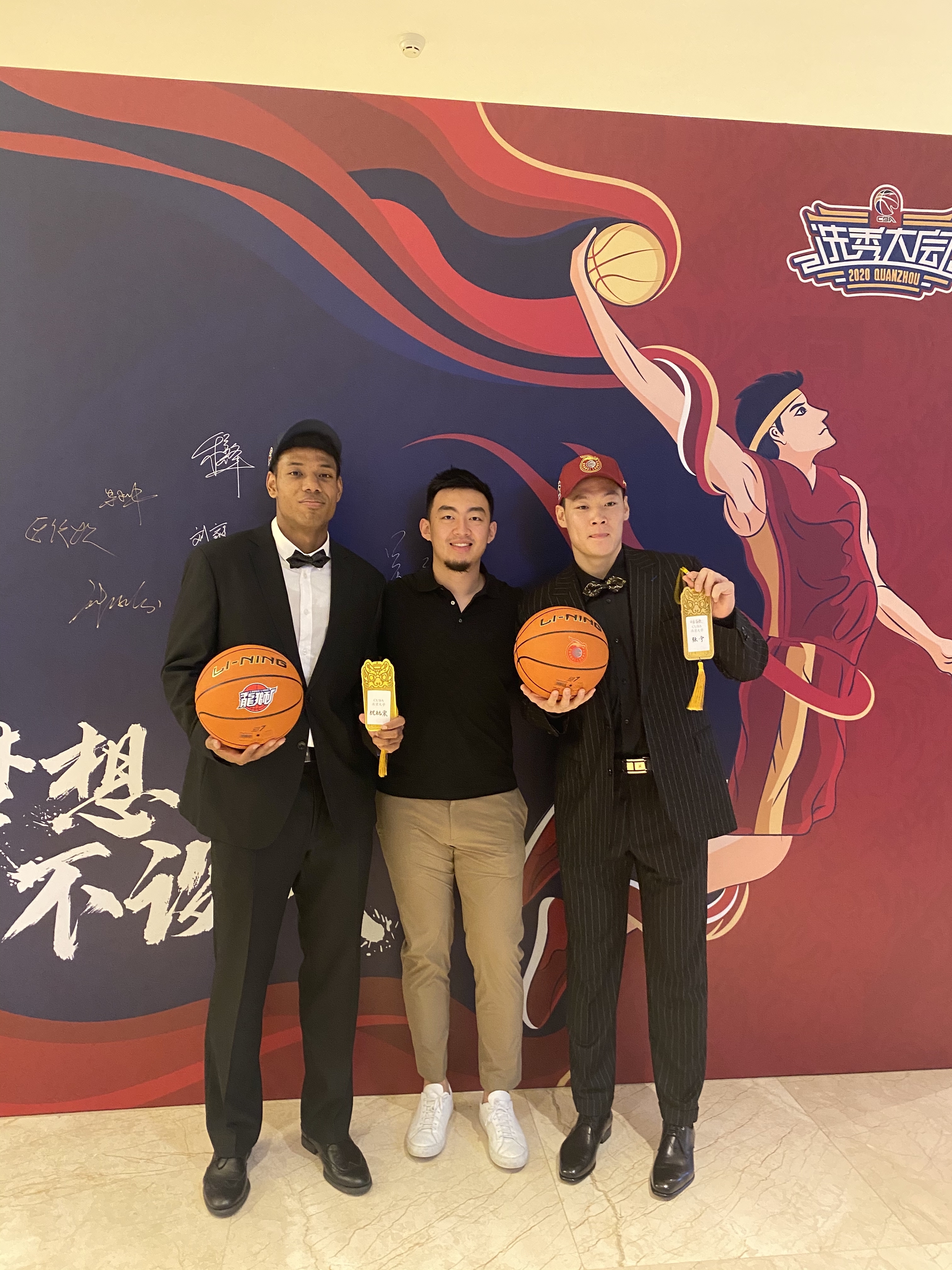 Liu said the ascension of college players to the professional ranks could have a positive impact.

"It sets a good example for kids at school that if you train hard, and wish to play professionally, you can surely get into the professional league while getting an education," he said.

As a member of the industry's new generation, Liu is already establishing himself, applying his experience to China's domestic professional sports industry and seeing positive results.

"To me, seeing Chinese players shine on the world stage has always been what keeps me moving ahead and it will remain so in the future," said Liu, who has already embarked on a new journey with Creative Artists Agency China, a world-leading sports and entertainment agency, to leverage its influence to realize his vision.

"It is going to be a process of trial and error, but it starts with a vision," he said. "As part of the new generation, I hope I will bring some new ideas and energy to help China's basketball industry improve."