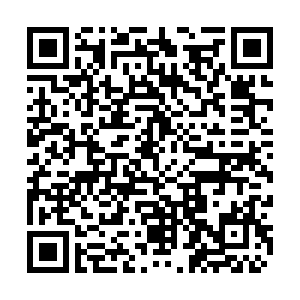 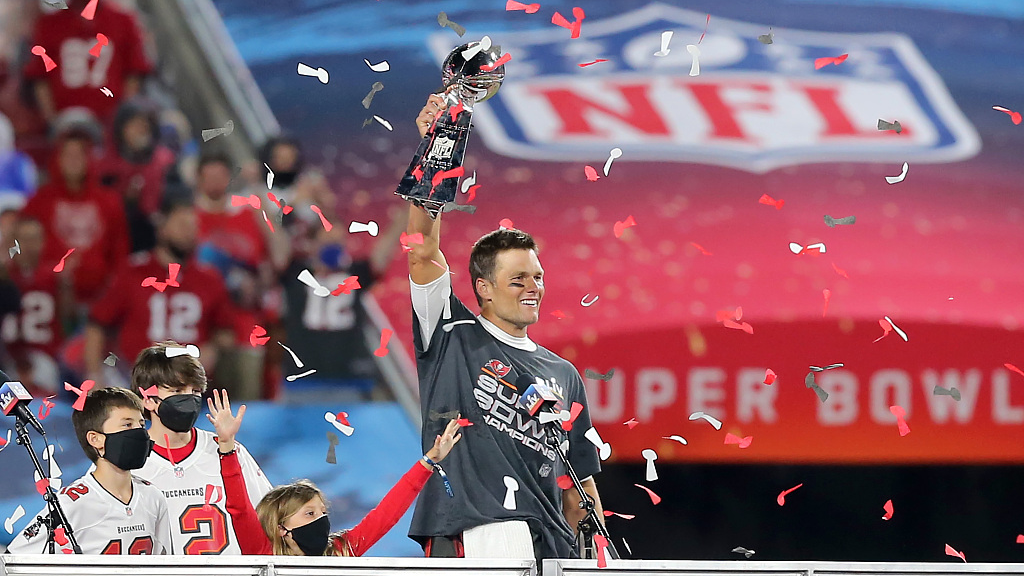 Tom Brady hoists the Lombardi Trophy after leading the Tampa Bay Buccaneers to win the Super Bowl LV game with a 31-9 victory over the Kansas City Chiefs in Tampa, U.S., February 7, 2021. /CFP

Tom Brady hoists the Lombardi Trophy after leading the Tampa Bay Buccaneers to win the Super Bowl LV game with a 31-9 victory over the Kansas City Chiefs in Tampa, U.S., February 7, 2021. /CFP

The 2021 Super Bowl was watched by 96.4 million people across all platforms, the host broadcaster said on Tuesday, the lowest viewership since 2007 despite record-smashing streaming audiences.

The American National Football League (NFL) championship match is the most-watched TV event of the year in the United States.

Some 102.3 million people tuned in for last year's Super Bowl. By comparison, the second-most watched event was another American football game which recorded 43 million views.

The most-watched non-sporting event in 2020 was "The Masked Singer," which attracted an audience of 27 million.

Sunday's Super Bowl was billed as a duel between legendary 43-year-old quarterback Tom Brady of the Tampa Bay Buccaneers and wunderkind Patrick Mahomes of the Kansas City Chiefs, who led his team to victory last year at age 24.

In the end it was a one-sided affair, with Brady leading Tampa Bay to a 31-9 victory as he collected a record seventh Super Bowl crown.

Friends and family usually get together for the annual showpiece, but coronavirus restrictions may have brought this year's viewing figures down.

The 55th Super Bowl was nonetheless a streaming success, becoming the most live-streamed NFL game ever, CBS said in a statement.

The average audience of 5.7 million watching online at any given minute was up 65 percent on last year's Super Bowl, the broadcaster said.

The NFL allowed several platforms to stream the game, including on CBS's All Access platform, Yahoo Sports, Verizon Media and the Chiefs and Buccaneers' mobile apps.

CBS All Access, the flagship online video service of the Viacom CBS group, experienced technical difficulties at the start of the broadcast before returning to normal, several U.S. media reported.

Technical reliability, particularly of live broadcasts, is becoming a big issue for broadcasters as viewers move away from traditional television to online streaming.

Paramount Plus, the successor to CBS All Access, is due to launch on March 4, with an expanded offering as it tries to compete in a fiercely competitive market.