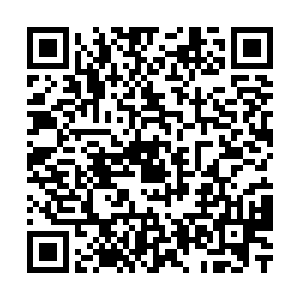 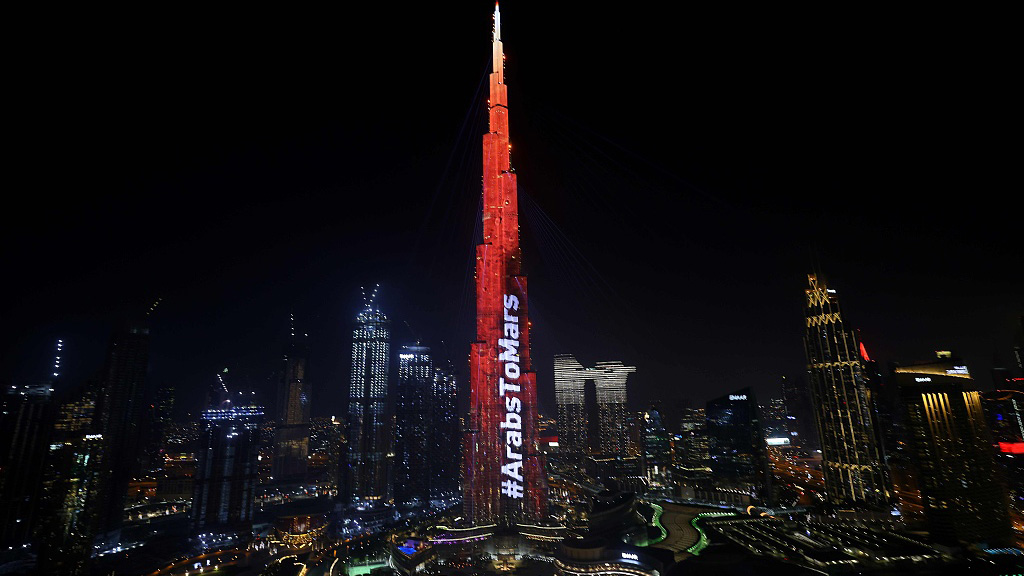 The United Arab Emirates (UAE)'s first mission to Mars entered the Red Planet's orbit on Tuesday after a seven-month journey of 494 million kilometers, allowing it to start sending data about the Martian atmosphere and climate.

The Mars program is part of the UAE's efforts to develop its scientific and technological capabilities and reduce its reliance on oil. The UAE Space Agency, the fifth globally to reach the planet, even has a plan for a Mars settlement by 2117.

"Contact with Hope Probe has been established again. The Mars Orbit Insertion is now complete," said the Mohammed Bin Rashid Space Center, where the ruler of Dubai and the crown prince of Abu Dhabi were present to receive the news.

The attempt had a 50 percent chance of failing, Dubai's ruler and UAE Vice President Sheikh Mohammed bin Rashid Al Maktoum had said. To enter Mars' orbit, the probe needed to burn around half of its 800 kilograms of onboard fuel to slow down enough not to overshoot, the most dangerous part of the journey.

"Today is the start of a new chapter in Arab history ... of trust in our capability to compete with other nations and people," Sheikh Mohammed tweeted after the probe entered orbit. "The UAE will celebrate its Golden Jubilee with science, culture and inspiration because we aim to build a model of development."

This year marks 50 years since independence from Britain and the founding of the UAE federation, which groups seven emirates, including Dubai. Mars probes launched by China and NASA just after the UAE's lift-off in July are also set to reach the planet this month. 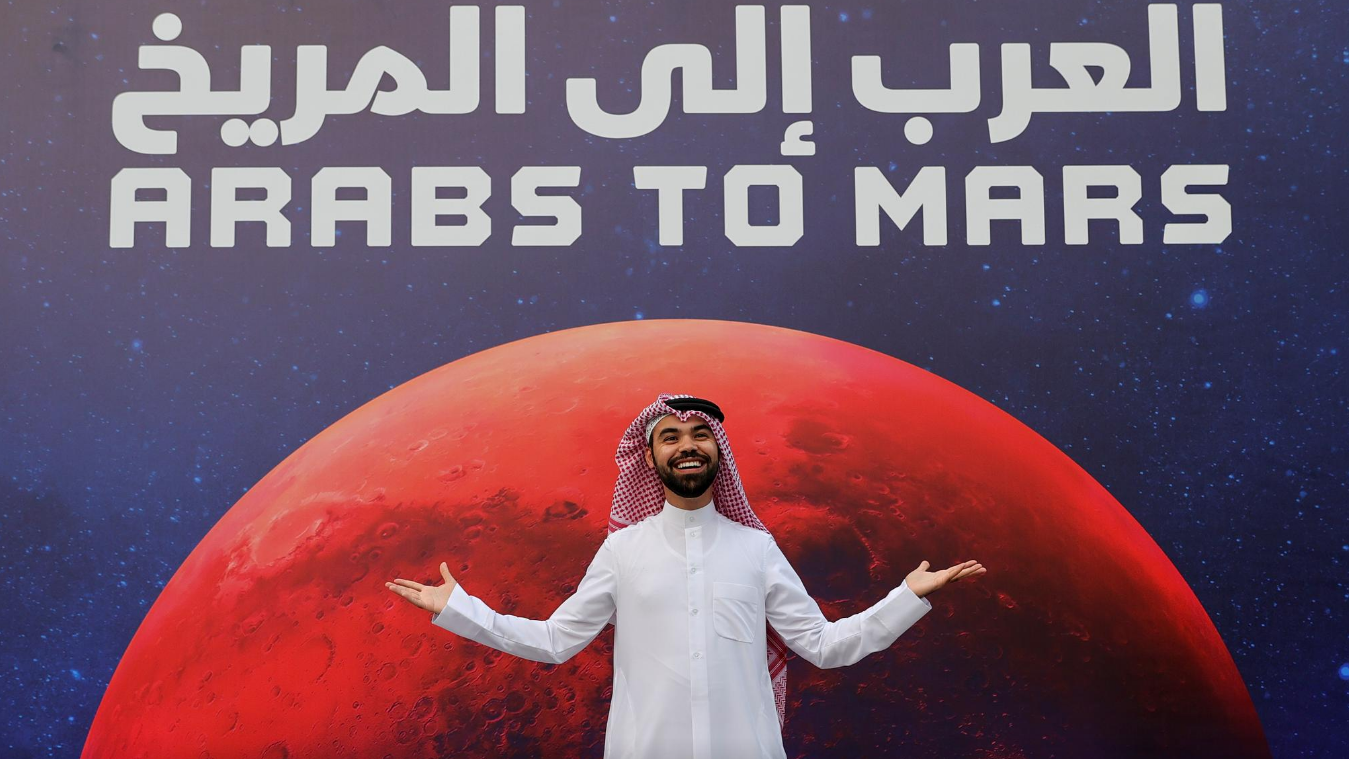 An attendee poses as he arrives to an event to mark Hope Probe's entering the orbit of Mars in Dubai, United Arab Emirates, February 9, 2021. /Reuters

An attendee poses as he arrives to an event to mark Hope Probe's entering the orbit of Mars in Dubai, United Arab Emirates, February 9, 2021. /Reuters

The Emirates Mars Mission, which has cost around $200 million, launched the Hope Probe from a Japanese space center. It aims to provide a complete picture of the Martian atmosphere for the first time, studying daily and seasonal changes.

Minister of State for Advanced Technology and chair of the UAE Space Agency Sarah al-Amiri told Reuters it would take a few weeks to start collecting a mixture of data and images, which could be made publicly available as early as September.

"It's an endeavor in developing capabilities and talent in the country, it is something that has never been done before in terms of utilizing a planetary exploration mission to do this," she said.

The UAE first announced plans for the mission in 2014 and launched a National Space Program in 2017 to develop local expertise. Its population of 9.4 million, most of whom are foreign workers, lacks the scientific and industrial base of the big spacefaring nations.

Hazza al-Mansouri became the first Emirati in space in 2019 when he flew to the International Space Station.