Download
2021 Spring Festival Gala highlights technology, unity and progress to welcome the Year of the Ox
By Wu Yan, She Jingwei, Cui Xingyu 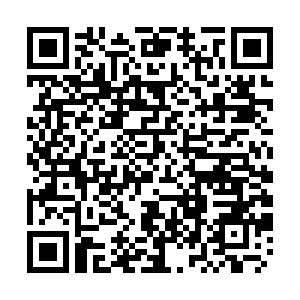 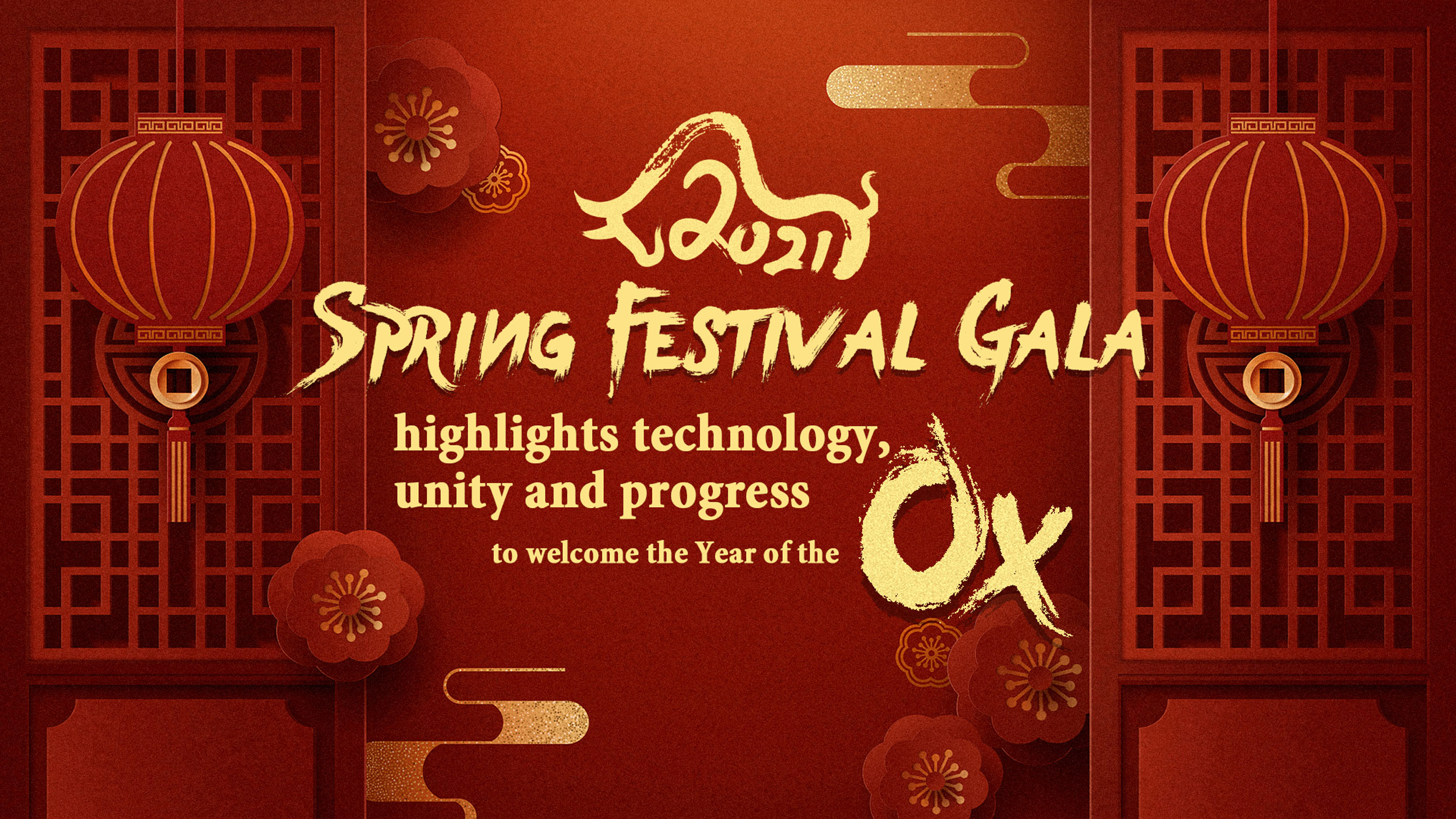 The 2021 Spring Festival Gala kicked off in Beijing at 8 p.m. local time Thursday, on Chinese New Year's Eve, to bring a technology-featured and star-studded festive show.

The China Media Group production is the most-watched show in the world and for the first time, the stage choreography of this year's Spring Festival Gala is being presented in 8K Ultra HD video, while also using AI+VR naked-eye 3D technology. Through special shooting methods and production means, it brought a breakthrough-experience for those watching it on TV or on their mobile devices. 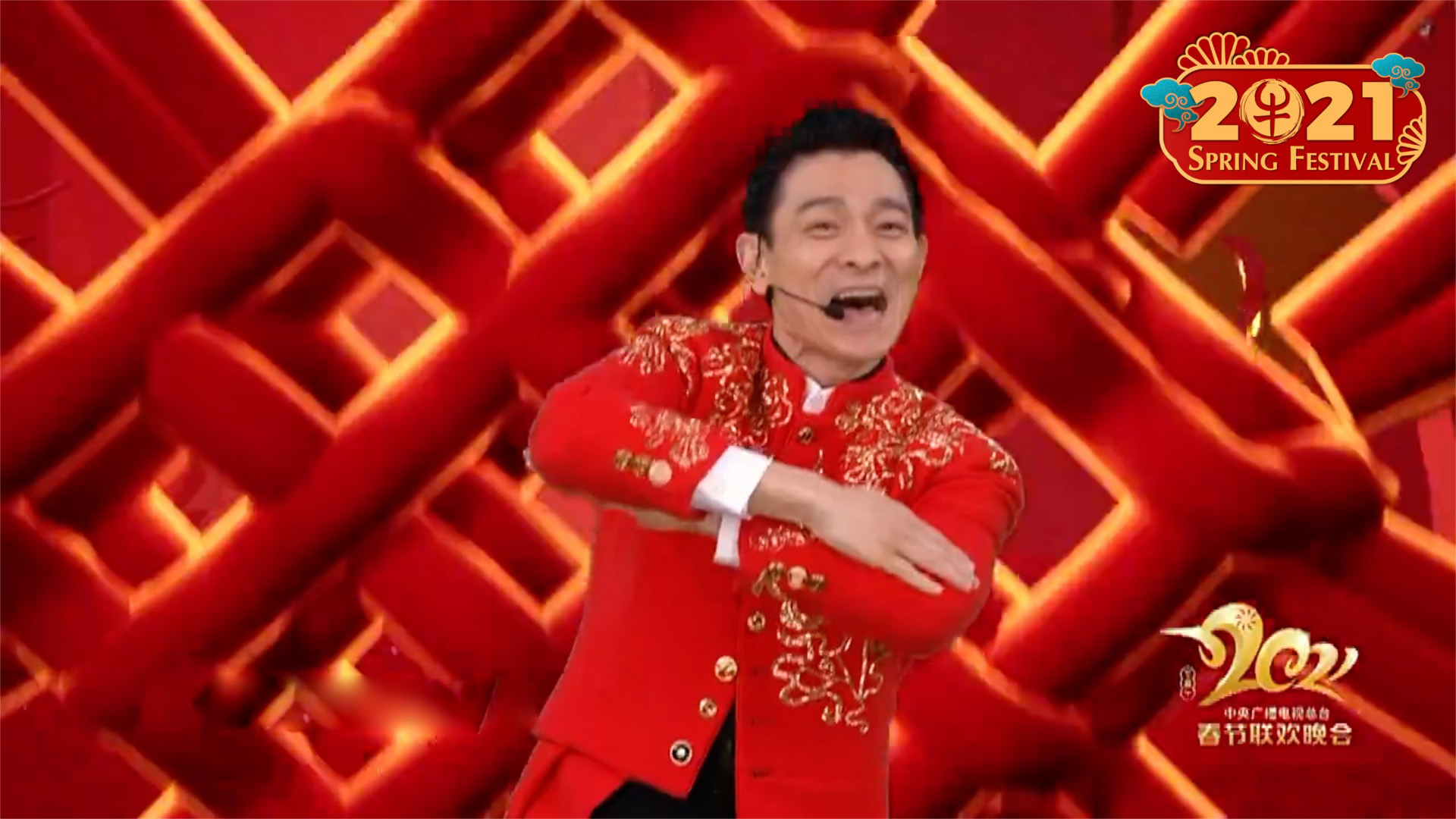 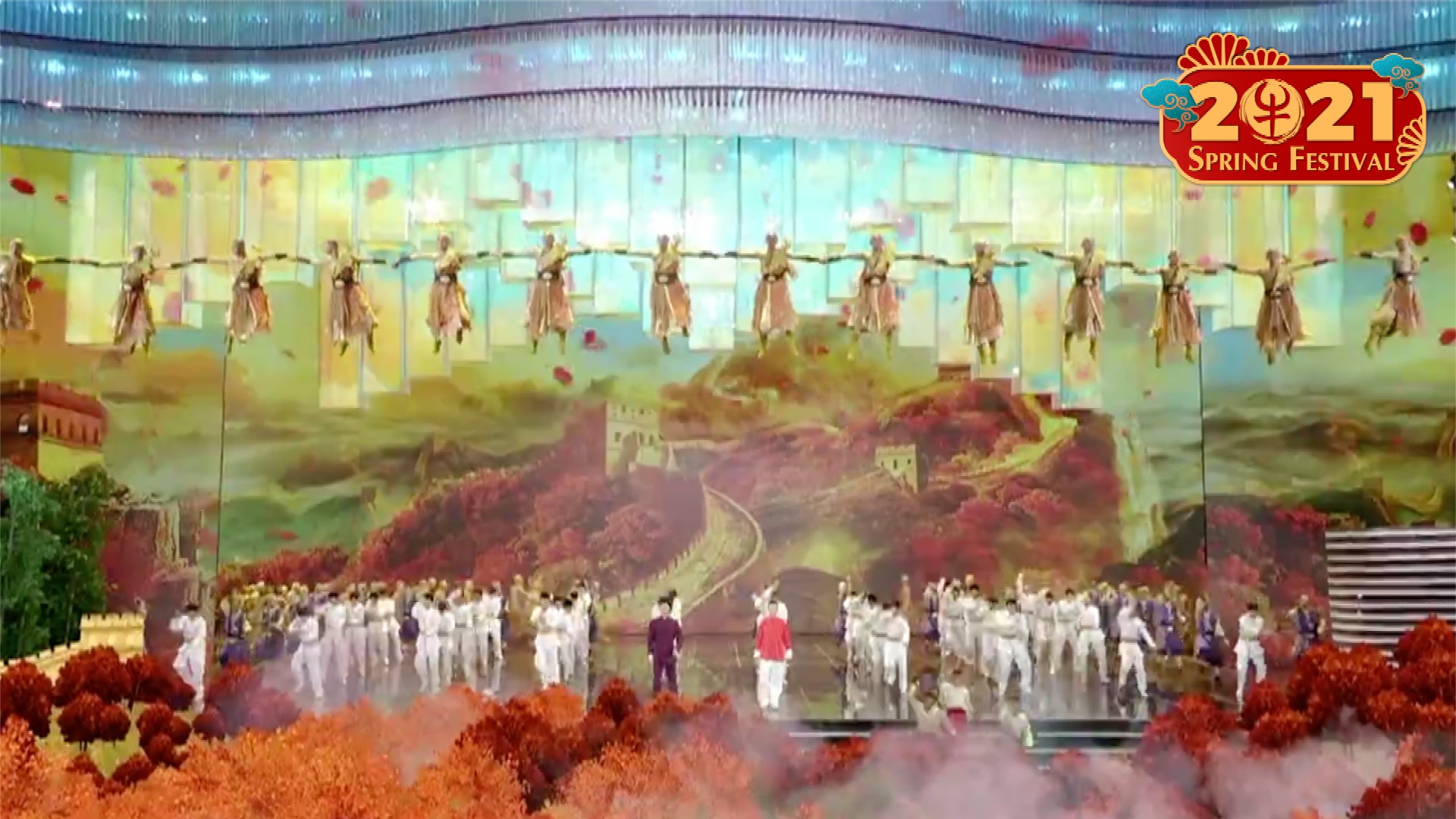 Led by renowned wushu artists Donnie Yen and Wu Jing, "Wushu Performance: Heroes of Heaven And Earth" wowed the audience by placing a natural landscape as the background of the performance through augmented reality (AR) technology. 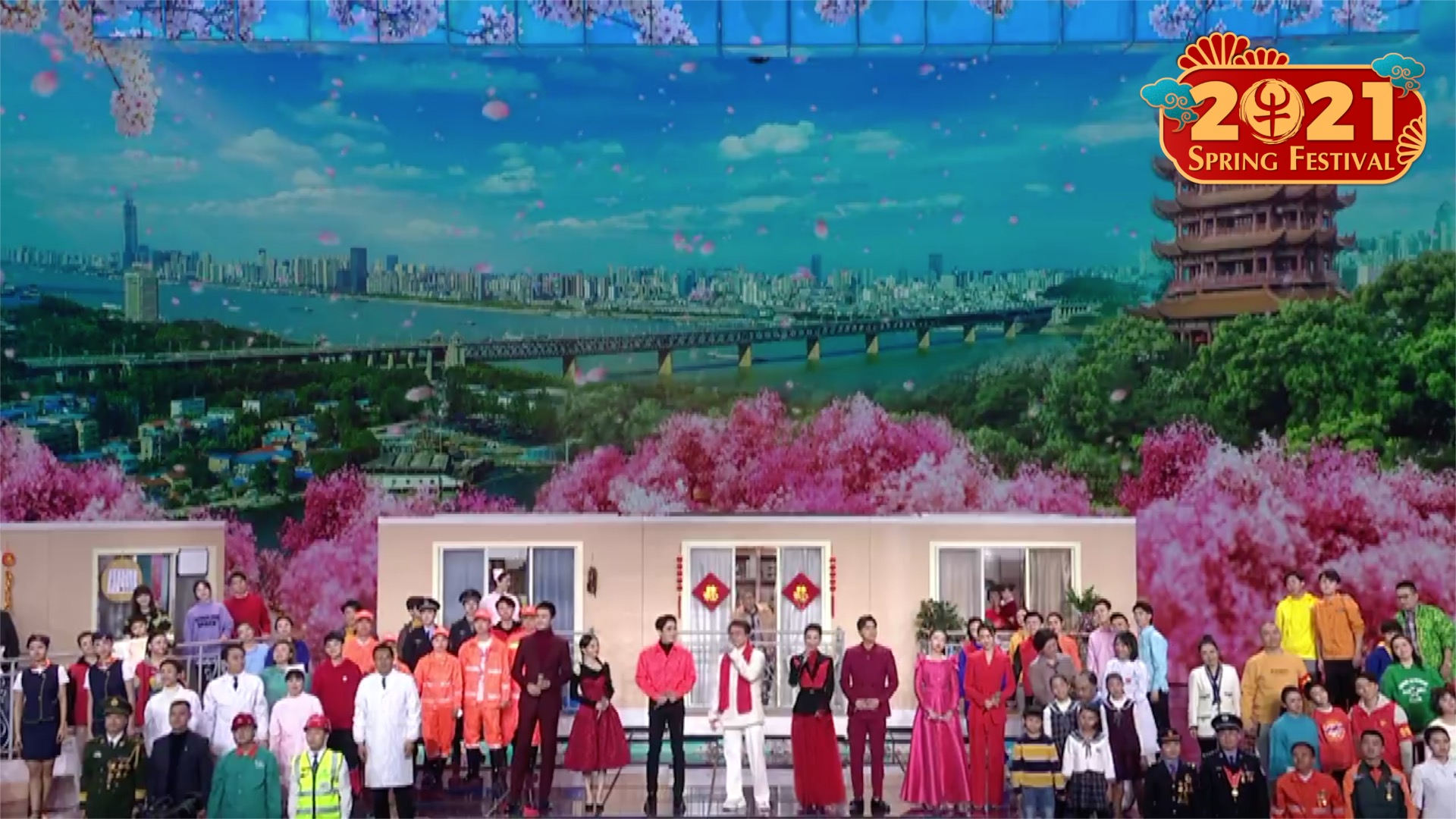 2020 was a tough year for everyone, especially for many frontline medical workers. To ring in the new year and embrace a better tomorrow, stars Jackie Chan, CoCo Lee, Zhou Dongyu, Li Yifeng and many others sang "A Better Tomorrow" to pay tribute to all frontline workers.

Greater Bay Area in a song

Depicting the streets, communities, villages and ports of the Guangdong-Hong Kong-Macao Greater Bay Area, the song "China in the Light" was sung by veteran Zhang Ye and gala newcomer Zhou Shen.

The new song was created at the time of the 40th anniversary of the establishment of the Shenzhen Special Economic Zone in south China's Guangdong Province, which reflects the rapid growth and bright future of the Greater Bay Area. 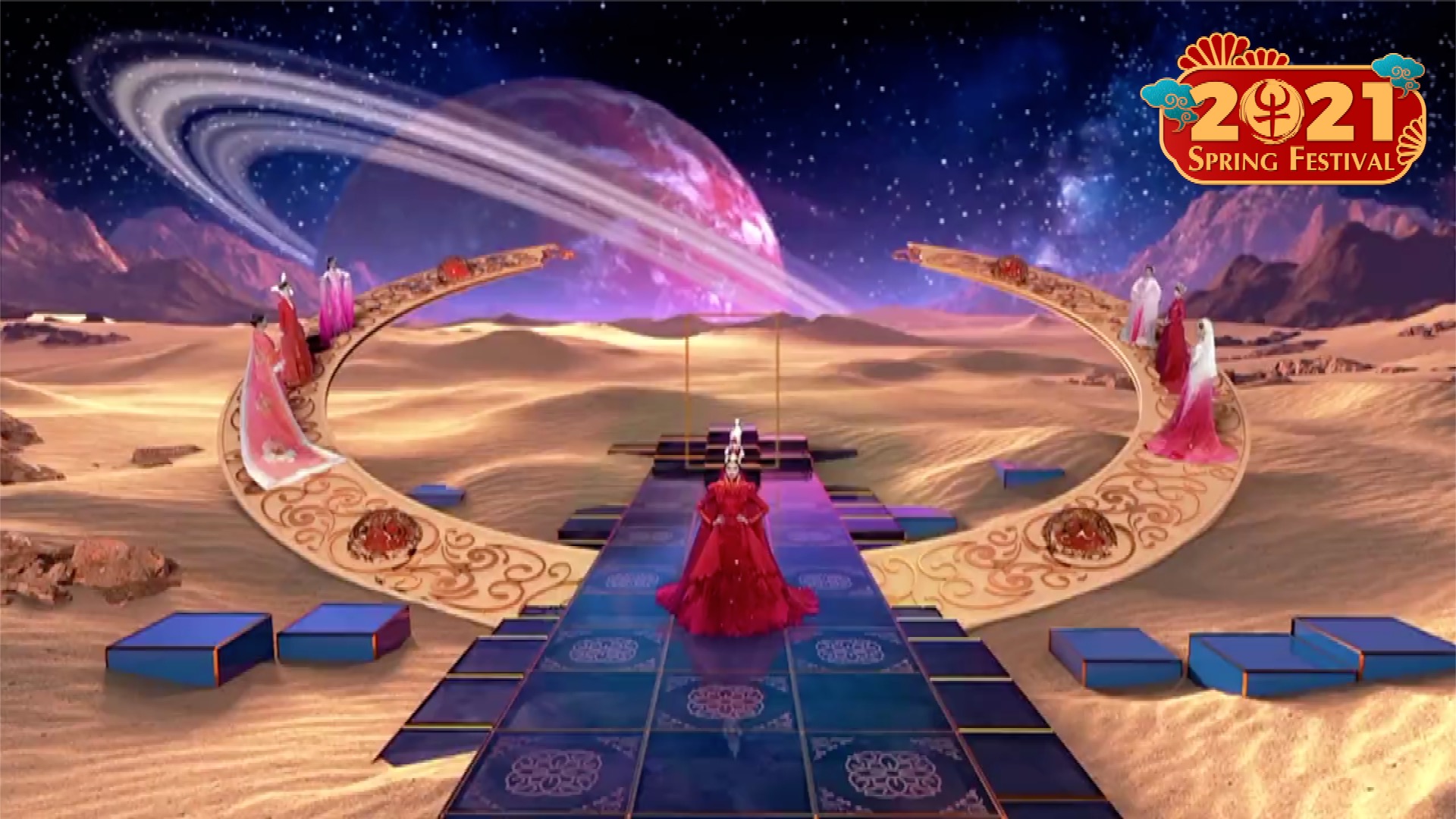 Chinese style is so hot! 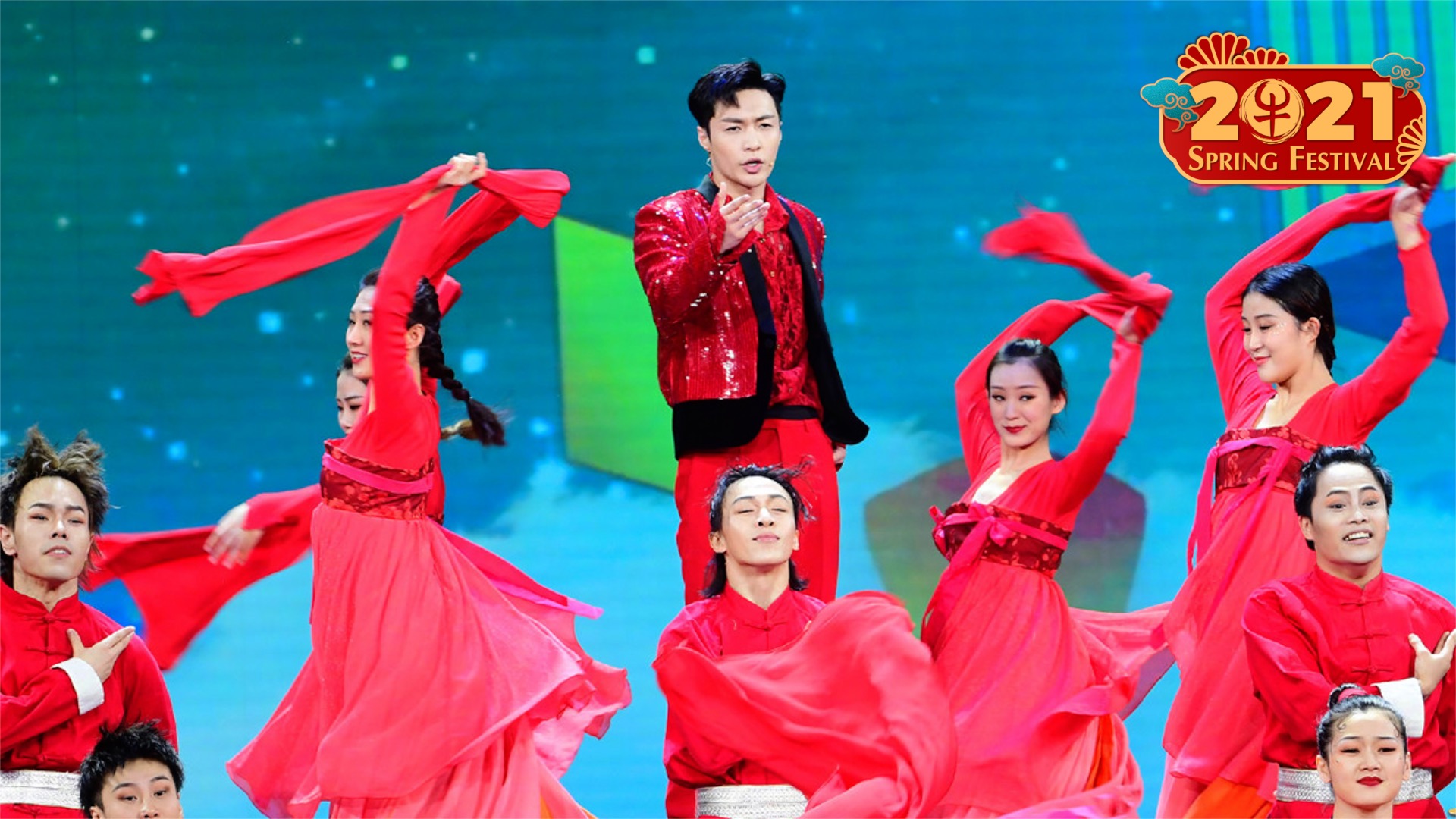 Singer Zhang Yixing, also known as Lay Zhang, is famous for his personalized Chinese-style songs. In the gala, he brought a brand new stage "The Scroll Painting," which infuses Chinese classical music with pop culture, and creates a splendid visual feast. 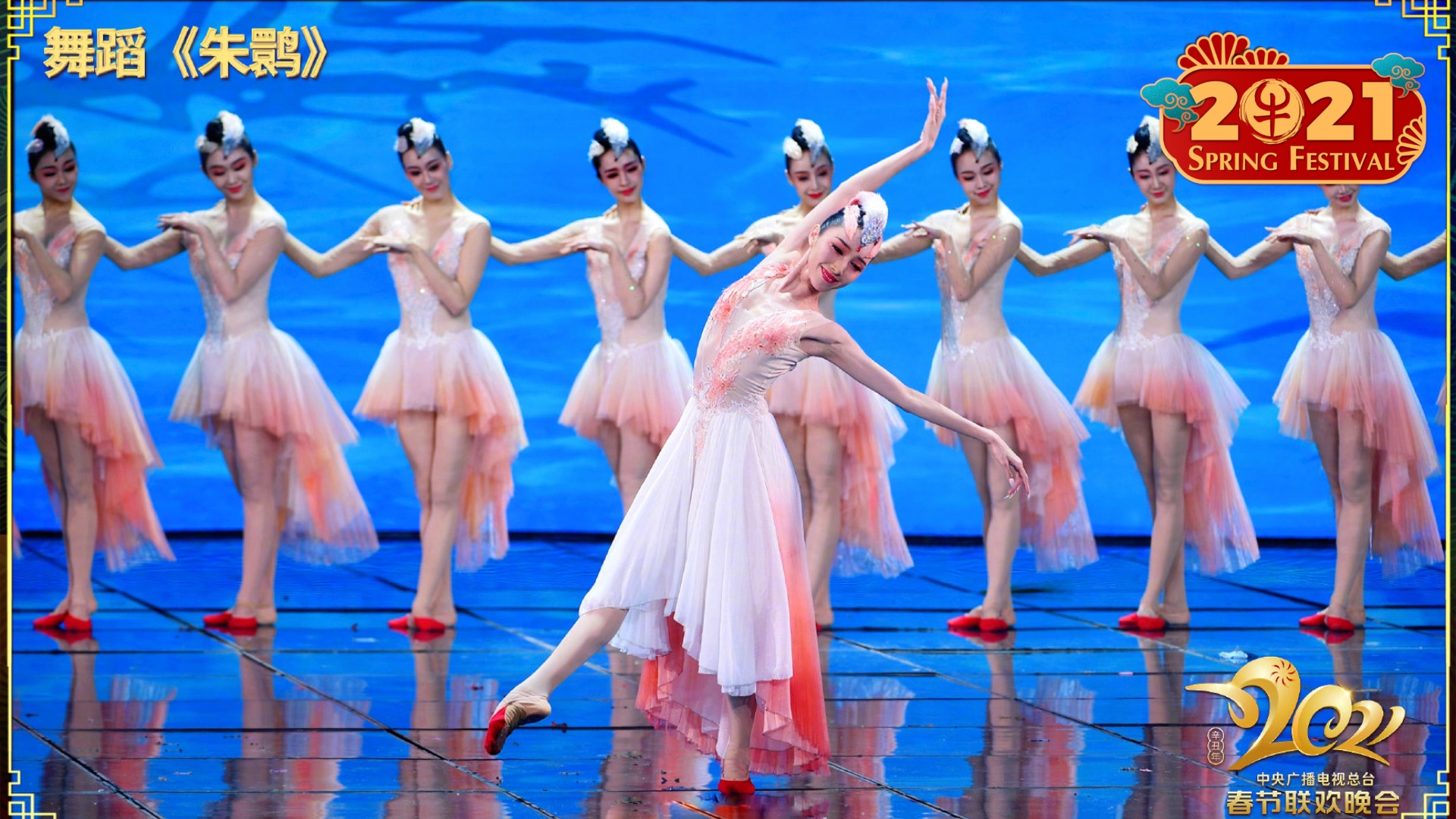 "Crested Ibis," a dance drama led by Chinese veteran dancer Zhu Jiejing along with the Shanghai Dance Theater, reflected the beauty of nature and the Eastern culture.

The crested ibis is a type of bird species that is on the brink of extinction, and China has been taking measures to protect the species and their habitat over the past years. The rare species was well portrayed through Zhu's elegant dance moves. 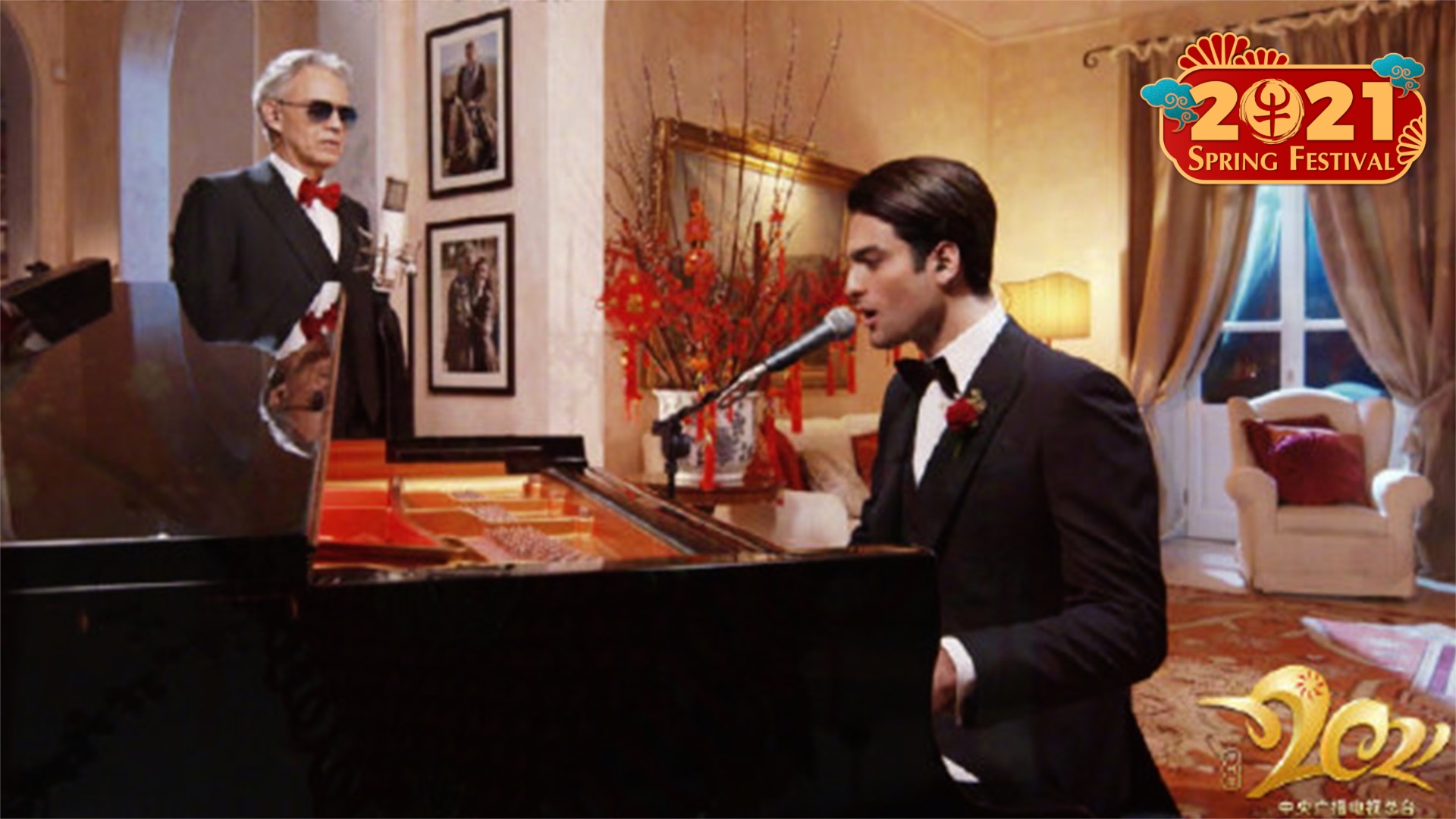 World-renowned Italian tenor Andrea Bocelli and his youngest son Matteo Bocelli teamed up and gave the audience virtually the heartwarming songs "O Sole Mio" and "Fall on Me" at the gala.

"O Sole Mio," or "My Sun," is a globally-known Neapolitan song covered by many artists. "Fall on Me" is an amazing father and son duet first released on Bocelli's album in 2018.