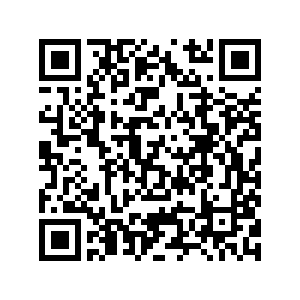 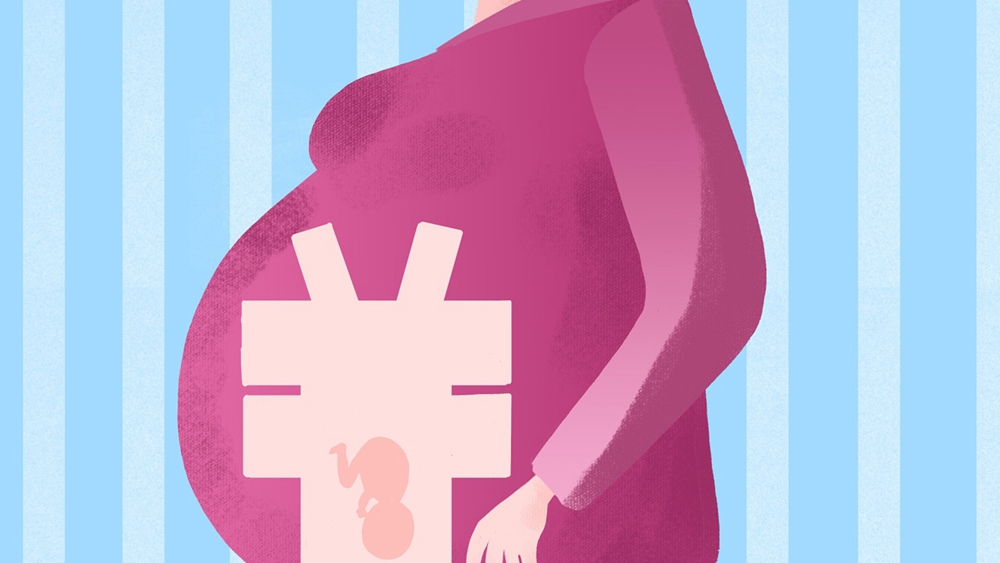 Recent high-profile cases have stirred up heated debate about surrogacy in China, with experts calling for a legislation on the controversial practice.

In a recent case, a Chinese pop star and her partner were found to have had two babies through surrogacy in the U.S., shocking the general public in China, who were further irritated after disclosed undercover recording showed that the woman intended not to shoulder parental responsibility.

The drama, like a bomb dropped on the internet, soon drew a wave of harsh criticism. The overwhelming majority of the web users blamed the star for engaging in the "unethical" practice and called for completely putting an end to it.

Surrogacy is prohibited in China, but the demand for the practice has grown over the past few years, spurring a booming underground market in the country. For example, people can easily find related service information from the internet advertised in various ways.

Pretending to be a potential client, the scribe met an agent. The industry insider revealed that there are approximately 400 agencies providing surrogacy services across China, with his company closing some 800 deals every year.

"When we started our business in 2017, there were no other rivals (in the city where our company is located). But today, seven or eight such agencies have popped up just in the same commercial center," the agent told the reporter. 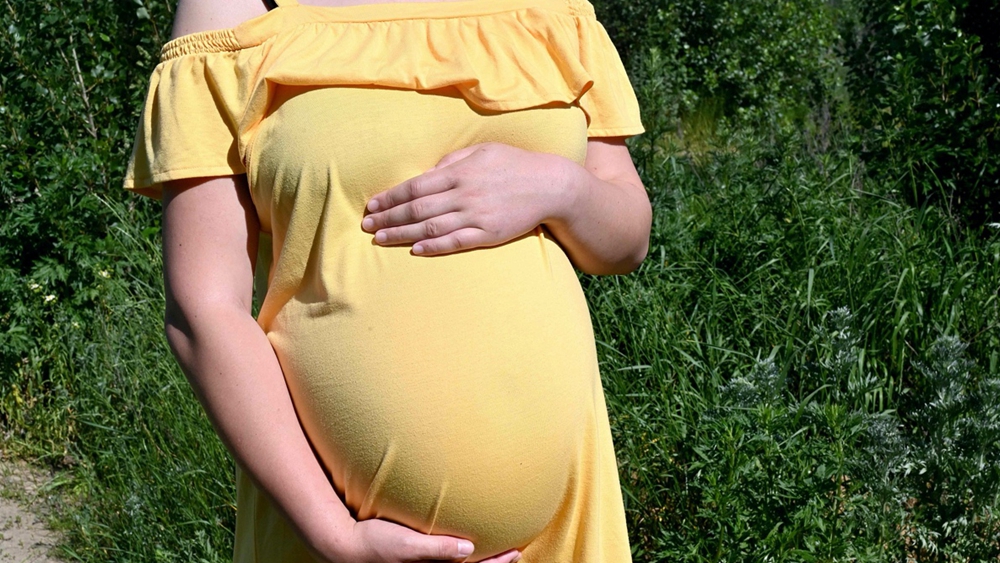 A 26-year-old woman, going through her second surrogacy and expecting twins for a Chinese couple, holds her belly as she walks in a town in Ukraine. /CFP

A 26-year-old woman, going through her second surrogacy and expecting twins for a Chinese couple, holds her belly as she walks in a town in Ukraine. /CFP

Behind the rapid expansion are a growing number of service seekers with various needs. The agent said infertile couples make up the largest portion of their clients.

A report by Frost & Sullivan, a business consulting firm, shows that the infertility rate in China increased from 3.5 percent in 1997 to 16.4 percent in 2019, and that the number of infertile couples had reached about 50 million by 2019. And this group includes the couples who lost their only child after missing the childbearing age.

Another noticeable trend is that more and more unmarried men wishing to be parents are also turning to surrogacy, especially many homosexuals who choose not to marry. Meanwhile, the service is also an option for some women who don't want to go through the struggle of childbirth.

"There will be no other costs, unless you need eggs," he said, adding that egg prices vary based on the providers' looks and educational background.

He added that the egg providers are mainly college students in urgent need of money. 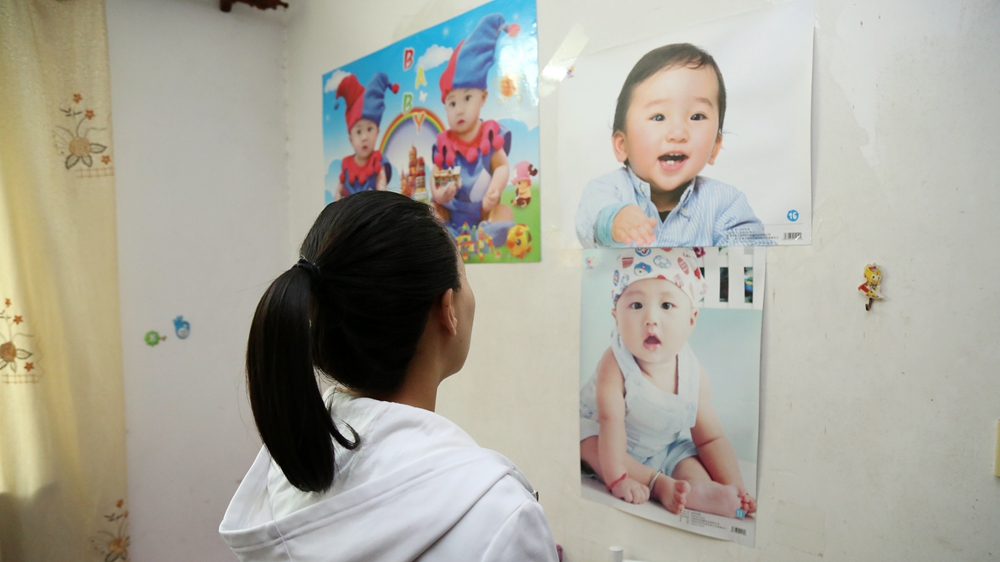 A surrogate mother surnamed Chen looks at the infant photos at her apartment in Shanhai, China, April 17, 2017. /CFP

A surrogate mother surnamed Chen looks at the infant photos at her apartment in Shanhai, China, April 17, 2017. /CFP

In recent years, many Chinese people have chosen to seek surrogacy service overseas. But travel restrictions due to the COVID-19 pandemic and crackdowns in some countries are creating more business in the domestic market, the agent revealed.

The only regulation in China concerning surrogacy was issued 20 years ago, which says no medical institutions or medical practitioners are allowed to implement surrogacy technology of any form, without clarifying liabilities of other related parties including client, surrogate woman and egg provider.

The legal loopholes actually have left room for the development of the secret industry.

The agent admitted that the business is in a "grey area," meaning there will be no risks for either surrogate mother or client.

"Even if the industry is cracked down on, there is no law that would require the surrogate women to terminate pregnancy," he said.

But the unauthorized practice has inevitably brought about a series of disputes, posing negative impact to babies in some cases.

In a recent case, a woman surnamed Wu from southwestern Chinese city of Chengdu found herself in a dilemma following her experience as a surrogate mother. She chose to be a surrogate mother three years ago and was asked by the client to abort the child after testing positive for syphilis when she was four months pregnant, but she refused. Now she is caring for the child as her own, but without birth documents. Her little girl has been living without a registered residence permit and is unable to receive an education. 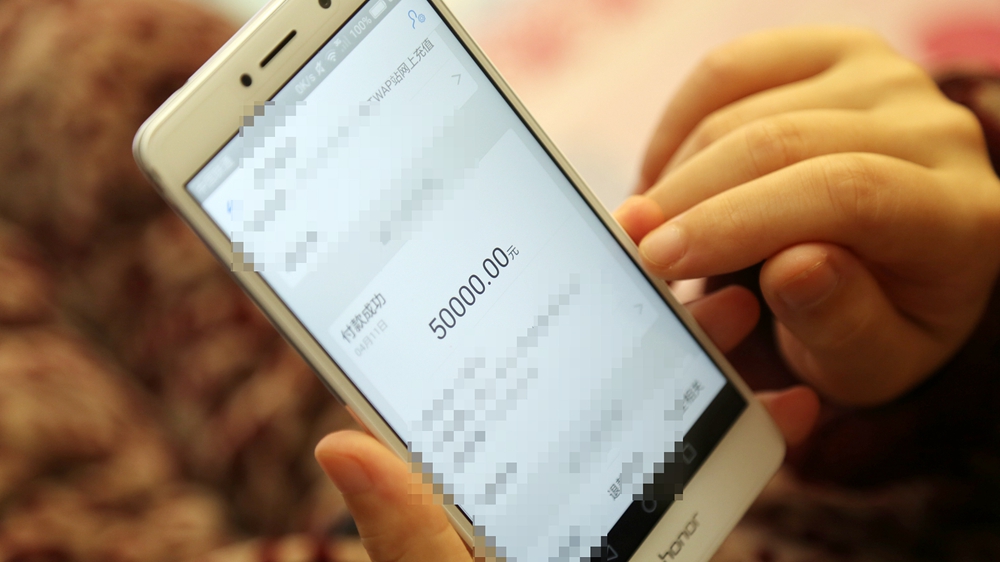 A surrogate mother receives parts of her payment in Shanghai, China, April 17, 2017. /CFP

A surrogate mother receives parts of her payment in Shanghai, China, April 17, 2017. /CFP

Her story, first reported by The Paper in early January, soon prompted massive controversy. While many showing mercy to the child, some blamed her for reducing herself to a "breeding machine."

Some experts said that the harmfulness of surrogacy is undeniable, but this issue should be discussed in a broader context rather than simply branding it as a kind of "class exploitation."

"Being a surrogate woman is not an easy choice. If the economic crisis their families face can be resolved in other ways, or if their interests are safeguarded while working in other industries, then they don't have to do this," said Li Zaizhou, a doctoral candidate at the Cambridge University who did a field research in a central Chinese city about underground surrogacy years ago.

Li said in an interview with The Paper that authorities ought to make more efforts to help low-income families enhance their capability to resist financial risks in areas such as healthcare and child rearing.

Shi Jie, a lawyer who used to serve as a national political advisor, says it's urgent to legislate to regulate the practice, while opposing oversimplifying the matter.

"I think modern medicine has given people with physiological defects the opportunity to have a child. How to help people who actually need this technology, rather than abusing it, is what needs to be in the law. A one-size-fits-all approach isn't pragmatic," said Shi.

The lawyer adds such legislation will undoubtedly face obstacles. "I think a major challenge lies in that how to prevent surrogacy becoming a completely commercial activity, which would turn surrogate women into the so-called 'breeding machines' and babies into products."