Download
Year of the Ox: Where to find the animal across China
Marco Shan 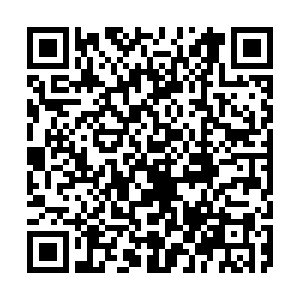 China, an ancient civilization that is nourished by its agriculture and fertile lands, has a long history with the ox. It's been an important animal, helping farmers cultivate their farmland for generations.

In traditional Chinese culture, the ox is seen as an enduring, hard-working and loyal animal. And the modern financial world also gives its a new symbolism.

Here are five iconic spots  in China related to the ox that are worthy of a visit during the upcoming Spring Festival holidays. 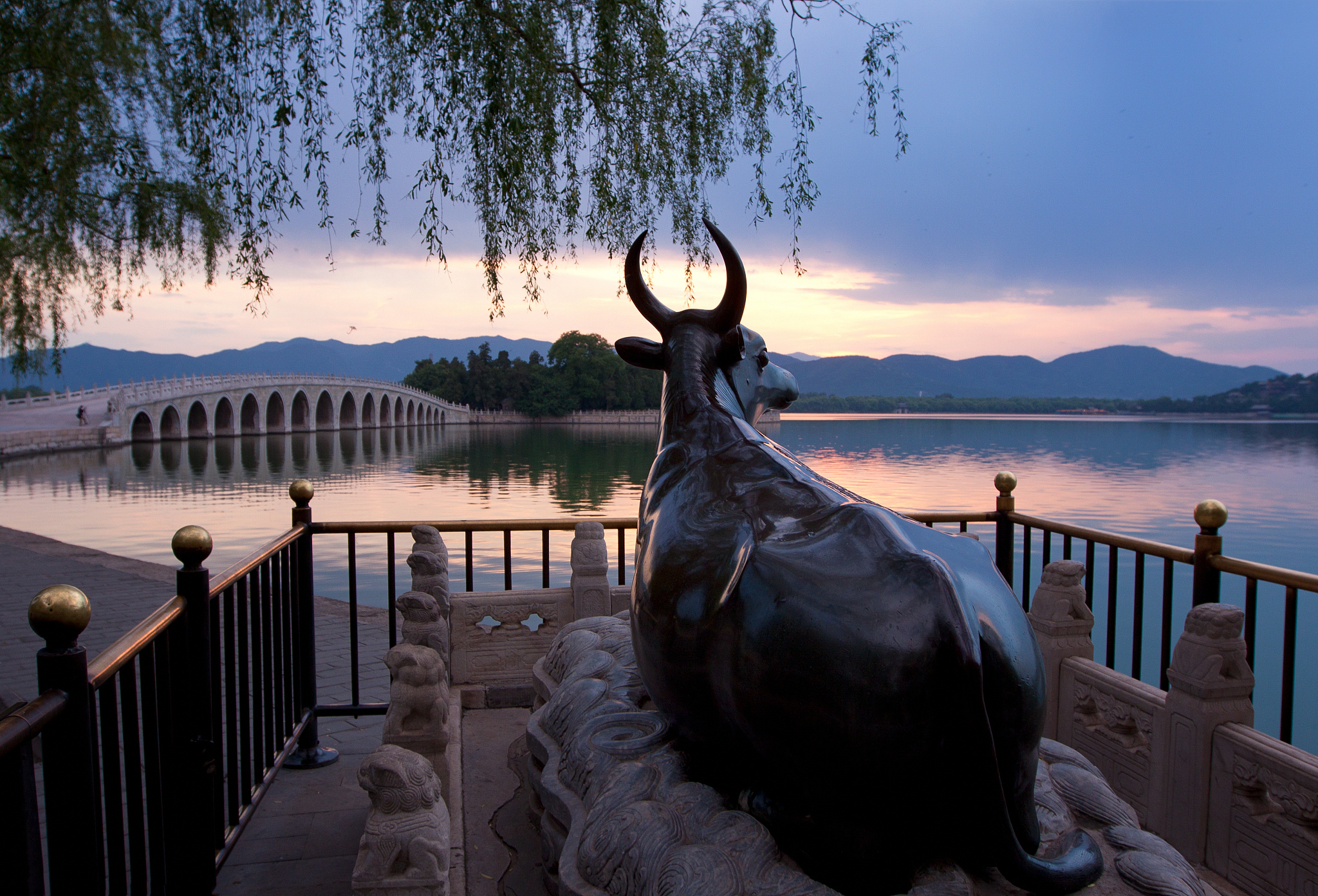 A life-size bronze ox that overlooks the east shore of Kunming Lake at the Summer Palace in Beijing is a must-visit. The ox was cast in the image of a live creature in 1755. On its back is an inscription explaining its significance: the ox was placed on the bank of the lake in the hope of preventing flooding.

Bund Bull at the Bund, Shanghai 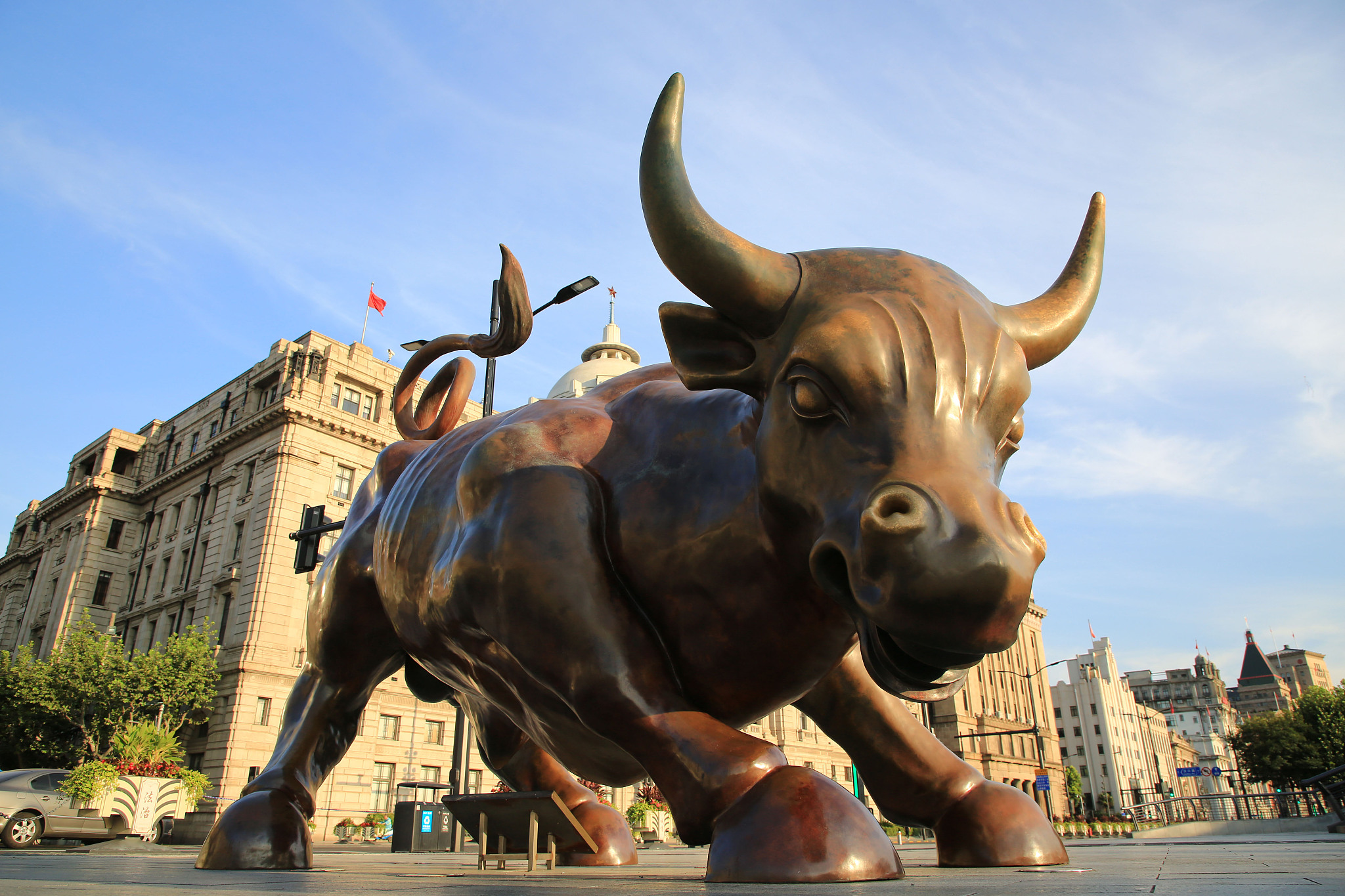 A more recent and modern installation is located in the center of Shanghai. Unveiled in 2010, the 2,300-kilogram artwork is said to be the same height, length and weight as the New York City Charging Bull. 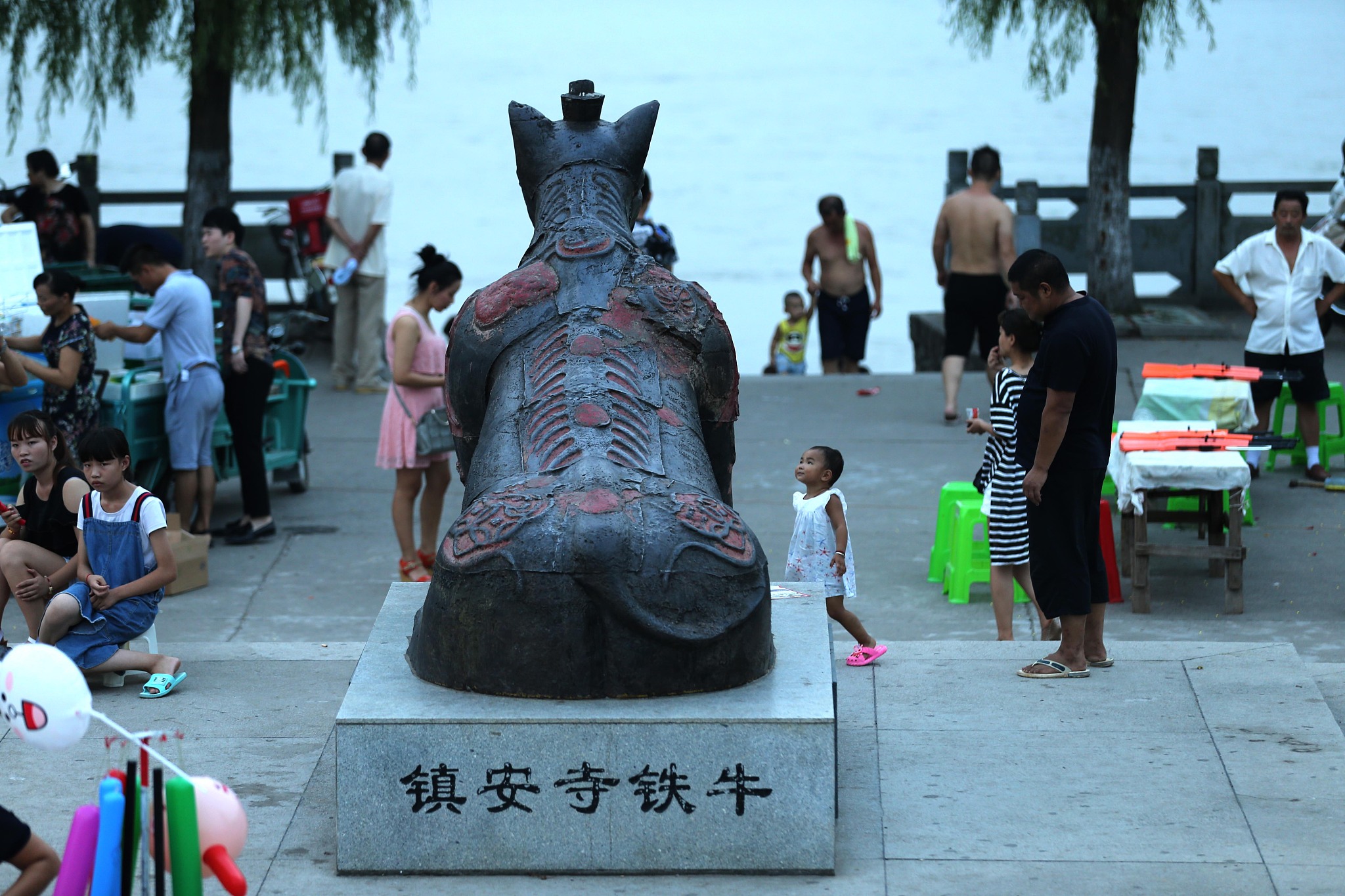 Situated next to China's longest river – the Yangtze – the iron ox is said to have been cast in 1788 to prevent flooding in nearby regions. 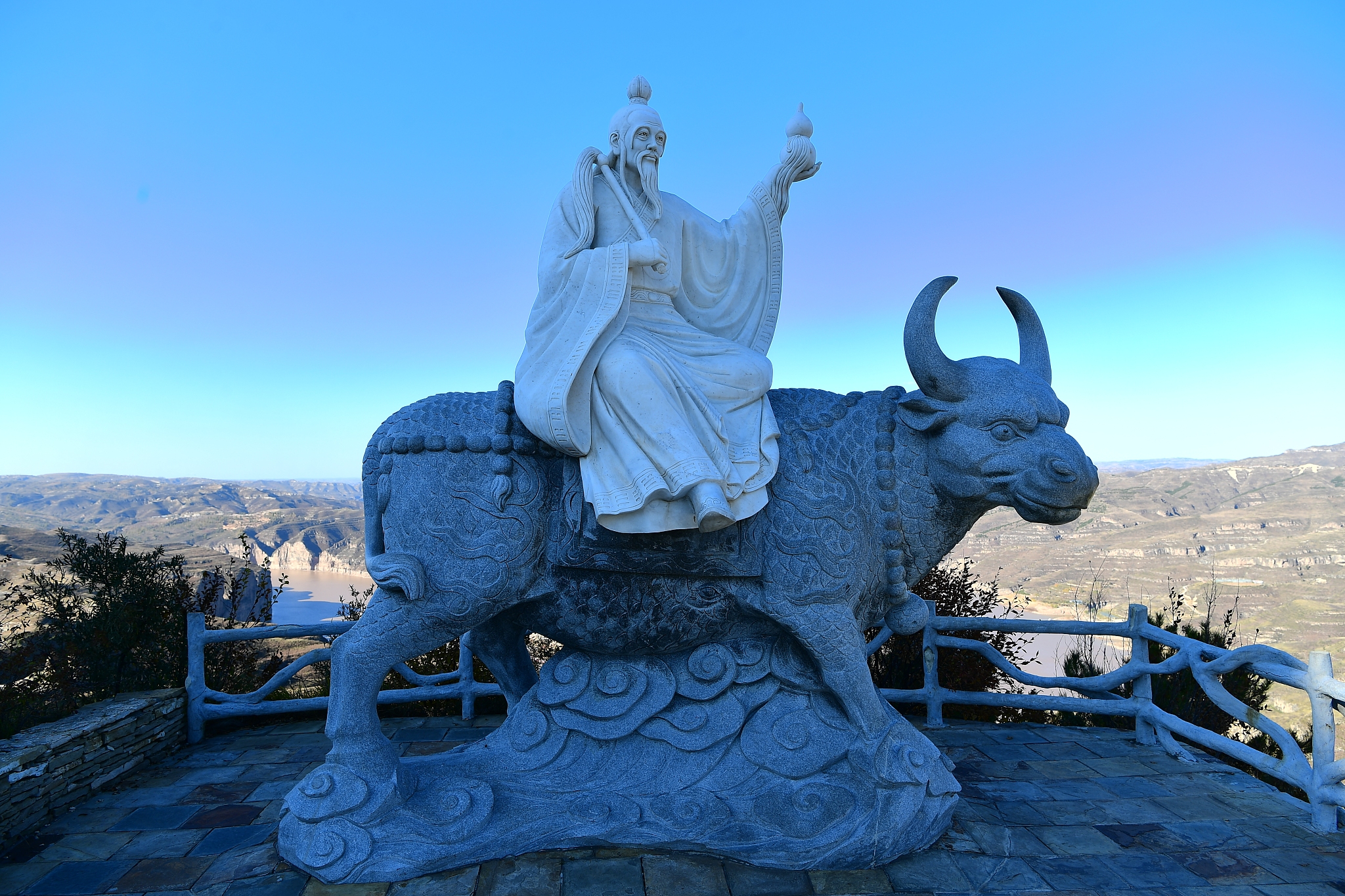 Another famous ox sculpture near a famous Chinese river, this stone artwork consists of Taishanglaojun, a traditional Daoist deity, riding on a holy ox. The sculpture is near a famous turn of the Yellow River in Shanxi Province. 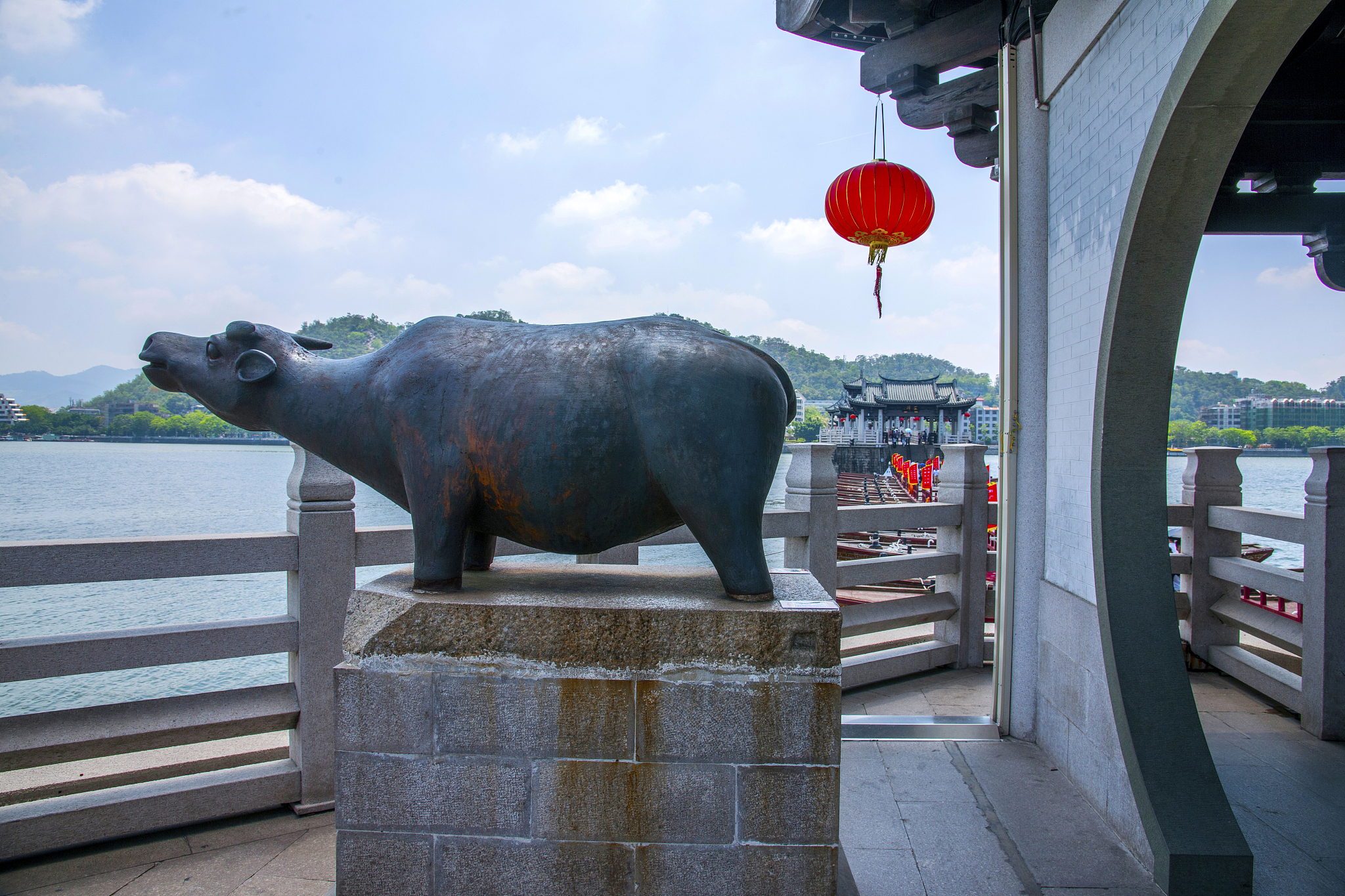 The rustic ox at the Guangji Bridge, one of China's four-most famous ancient bridges, was installed in the hope of taming floods in Chaozhou, south China's Guangdong Province. There used to be a pair of oxen – until one of them went missing in a flood.