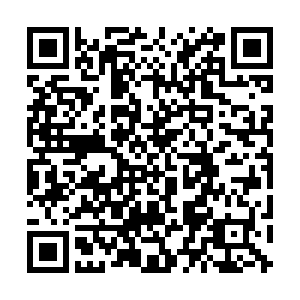 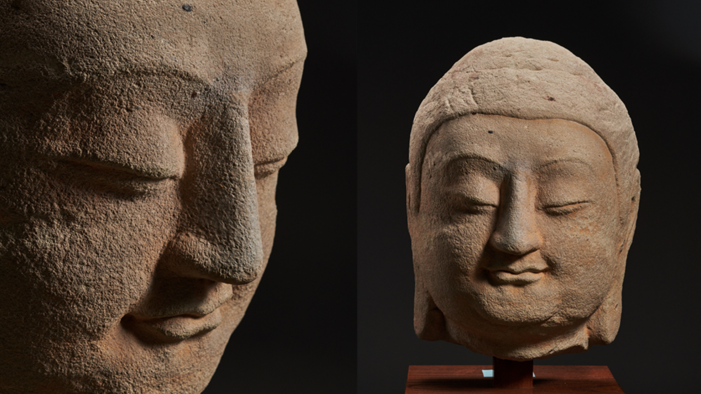 A Buddha head, stolen for nearly a century and recently returned to China from overseas, appeared on the stage of the Spring Festival Gala on Thursday, the eve of the Chinese New Year.

The head belongs to a Buddha statue in one of the caves at Tianlongshan Grottoes, in northern China's Shanxi Province. It was illegally shipped out of the country in 1924, and was only retrieved in December 2020.

The item is the 100th looted cultural relic that made its way back to China last year alone.

The sculpture shows a Buddha with a round face, pursing his lips in a smile. Its carvings have distinctive features from the late Northern Dynasty (386-581) to the early Sui Dynasty (581-619).

Analysis has shown that it is mainly composed of quartz and calcite, which are characteristic of Tianlongshan rock mass.

It is a precious specimen to study the art of the Tianlongshan Grottoes and is of historical, artistic and scientific value. China has designated the artifact as a top national cultural relic.

The 8th cave where the Buddha head was originally located dates back to the year 584 and is the largest cave in Tianlongshan Grottoes. 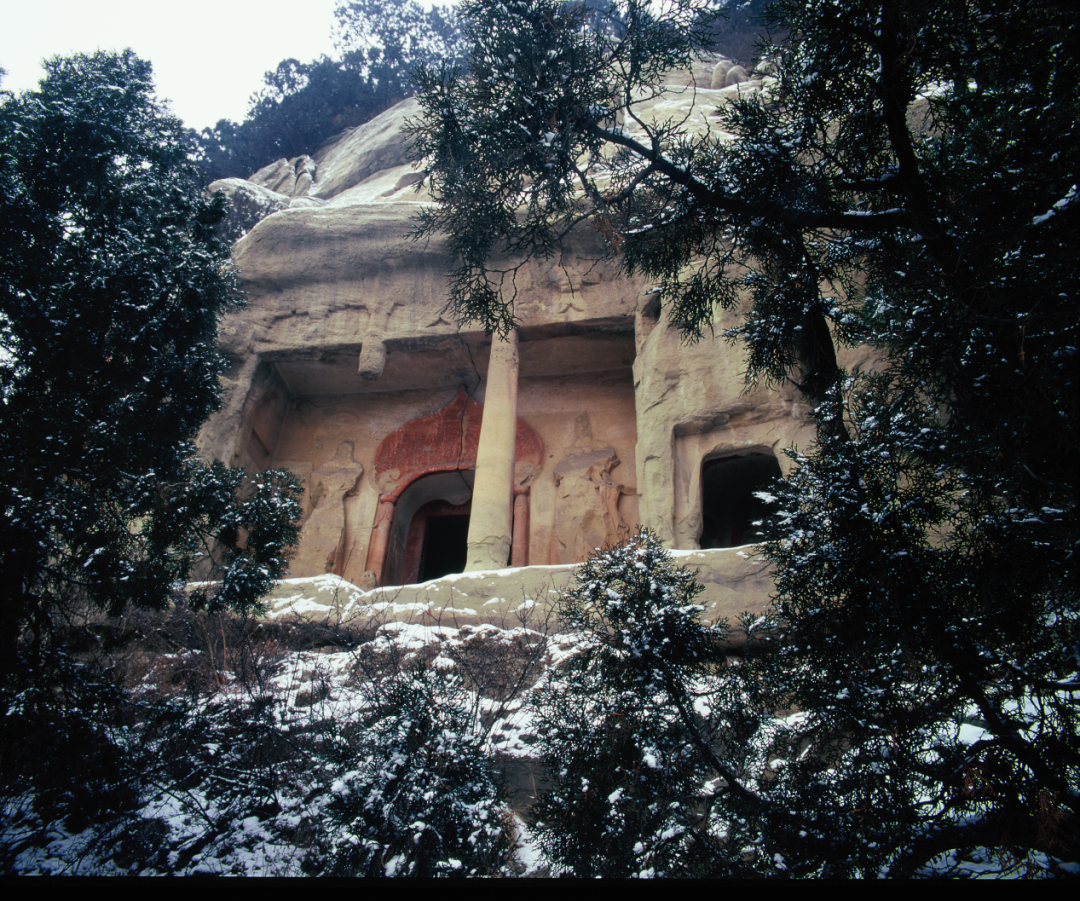 The outside of cave No. 8. /The Paper

The outside of cave No. 8. /The Paper

The item came under the radar of Chinese cultural authorities in 2020 as it was about to go on auction in Tokyo.

The discovery was made in September by the State Administration of Cultural Heritage when news surfaced of a "Stone Buddha head from the Tang Dynasty" going under the hammer at Toei International Auction.

The stone head was reportedly owned by a Japanese collector.

Tianlongshan Grottoes were hollowed out in the 1920s in a move driven by Yamanaka Chamber of Commerce, a Japanese dealer of antiques. Buddha heads and entire statues were taken away and sent overseas, ending in museums and private collections in Japan, Europe and North America. 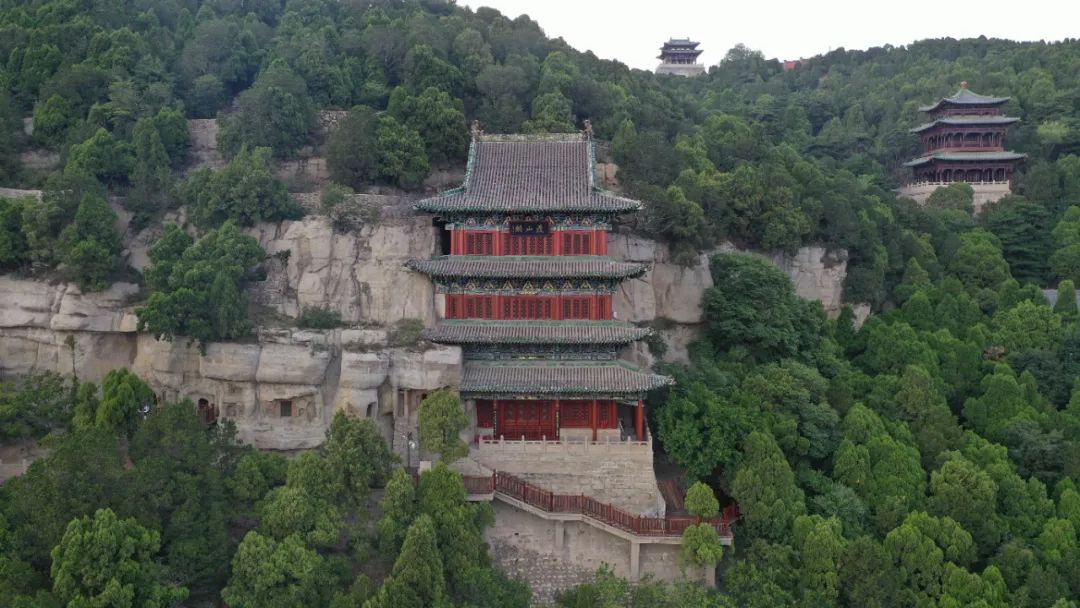 The head is the first Buddha sculpture lost from the Tianlongshan Grottoes to return to China.

After debuting at the 2021 Spring Festival Gala, the Buddha head will be exhibited at the Lu Xun Museum in Beijing until March 14, before returning to its original home and displayed at the Tianlongshan Grottoes Museum in the city of Taiyuan.