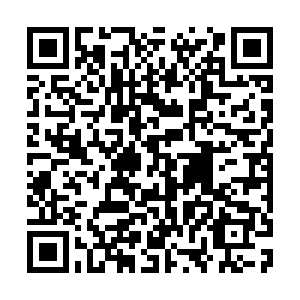 Border communities protest Brexit on the northern side of the Irish border between Newry and Dundalk, March 30, 2019. /AP

Border communities protest Brexit on the northern side of the Irish border between Newry and Dundalk, March 30, 2019. /AP

After "frank but constructive" talks in London, senior UK minister Michael Gove and EU Commission Vice President Maros Sefcovic said they would "spare no effort" on finding solutions, after the supply of food and other goods was hit in Northern Ireland.

In a joint statement, the officials said they were intent on protecting the Good Friday peace agreement that ended three decades of violence, and "impacting as little as possible on the everyday life of communities in both Ireland and Northern Ireland."

Britain left the EU's single market and customs union at the end of 2020. But both sides agreed in a special protocol to keep Northern Ireland inside the market, so avoiding the need for a potentially troublesome hard border with EU member Ireland.

Going into the talks, Sefcovic stressed that implementing the protocol is "a two-way street" and Britain had to abide by commitments it made just in December ahead of the Brexit divorce.

"These must be urgently implemented," he said, after sending a letter to Gove complaining that Britain was failing to hold up its side of the bargain on matters such as customs checks for goods entering Northern Ireland.

Pro-British leaders in Northern Ireland have been demanding the protocol be scrapped after seeing shortages of goods coming from Britain due to new checks imposed as part of the Brexit trade framework.

Gove had urged Sefcovic to set out "rapid action" to fix the issues, covering everything from chilled meat rules to pet travel regulations, along with a demand to extend a three-month grace period for supermarkets until 2023.

The joint statement papered over the testy exchanges that preceded Thursday's London meeting, but agreed that the commitments made by both sides in December "form a foundation for our cooperation."

Britain has been seeking changes to the Northern Ireland protocol of the Brexit deal after the European Commission sought briefly to prevent vaccines from moving across the open border between EU-member Ireland and Northern Ireland.

"Both parties must be conscious of their responsibilities in applying fully this protocol. The difficulties on the island of Ireland are caused by Brexit, not by the protocol," Michel Bernard Barnier, the European Commission's Head of Task Force for Relations with the United Kingdom, told a European Business Summit event on Thursday.

"The protocol is the solution," he added.

Although the EU quickly backtracked the vaccine exports restriction, the abortive move has intensified opposition to the new regulations, and threats against officials forced the temporary suspension of customs checks at two ports in Northern Ireland this month.