Download
UK economy shrinks record 9.9% in 2020 due to virus
CGTN 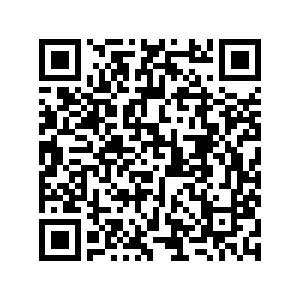 Britain's economy shrank by a record 9.9 percent last year on the fallout from the coronavirus pandemic despite managing strong growth in the second half, official data showed Friday.

The data came one week after the Bank of England (BoE) forecast economic recovery on the back of Britain's successful ongoing vaccines rollout.

"Over the year 2020 as a whole, GDP contracted by 9.9 percent, marking the largest annual fall in UK GDP on record," the Office for National Statistics (ONS) said in a statement.

The gross domestic product grew by 1.0 percent in the fourth quarter or three months to December, after an upwardly-revised third-quarter expansion of 16.1 percent, it added.

The data has sparked hope that Britain could avoid a much-feared double-dip recession, despite the new strict lockdown that has been in place since January.

"Today's figures show that the economy has experienced a serious shock as a result of the pandemic, which has been felt by countries around the world," Chancellor of the Exchequer Sunak said in reaction to the data.

"While there are some positive signs of the economy's resilience over the winter, we know that the current lockdown continues to have a significant impact on many people and businesses.

"That's why my focus remains fixed on doing everything we can to protect jobs, businesses and livelihoods," he said, adding he would set out further support measures in his upcoming budget on March 3.

The ONS said the economy also grew by 1.2 percent in December alone, on the back of looser virus restrictions in parts of the country in the run-up to Christmas.

"Loosening of restrictions in many parts of the UK saw elements of the economy recover some lost ground in December, with hospitality, car sales and hairdressers all seeing growth," said ONS deputy national statistician for economic statistics Jonathan Athow, adding that virus testing-and-tracing also boosted output.

The economy continued to grow in the fourth quarter as a whole, despite additional restrictions in November.

"However, GDP for the year fell by nearly 10 percent, more than twice as much as the previous largest annual fall on record," he noted.

Despite two successive quarters of growth in the second half of last year, the economy remains 7.8 percent smaller than its pre-pandemic level.

Much of the UK re-entered lockdown in early January to curb a variant COVID-19 strain that was deemed more transmissible, with restrictions similar to initial curbs imposed in late March last year.

Friday's data came one week after the BoE updated its outlook, citing the impact of Britain's rapid vaccines rollout.

Although the economy is set to contract 4.0 percent in the first three months of this year, a recovery should then take root as the rapid vaccine rollout boosts consumer spending, according to the BoE, which also forecasts a return to pre-Covid levels in the first quarter of 2022.