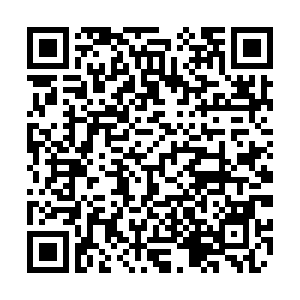 The 2021 Munich Security Conference convenes, 2021 marks the 30th anniversary of Visegrad Group, and the U.S. rejoins the Paris Climate Agreement.

The 2021 Munich Security Conference (MSC) will be held from February 19 to 20 in Munich, Germany.

According to the MSC, this year's conference will bring together some of the "world's most senior decision-makers to discuss how to rebuild and renew the transatlantic alliance and highlight the areas in which transatlantic and international cooperation are most urgently needed."

Due to the COVID-19 crisis, the conference will be held at the Hotel Bayerischer Hof in Munich with invited speakers participating in the event virtually from their respective locations, according to the MSC.

The MSC is an international meeting held annually in February since 1963. Its original aim was to shore up commitments and help coordinate Western defense policies. It has since grown to involve representatives from around the world and served as a platform for debates on global security issues.

U.S. President Joe Biden requested to rejoin the Paris Climate Agreement on the first day of his term after being sworn in on January 20.

The reentry takes effect 30 days after the request on February 19. The return of the United States in the Paris Climate Agreement has been welcomed by the international community.

Coming back to the Paris Climate Agreement means that the United States will now have to abide by the rules and regulations set by the United Nations agreement and fulfill its commitments to reducing greenhouse gas emissions.

The Paris Agreement was adopted in 2015 by 196 parties that pledged to reduce their greenhouse gas emissions, a result of 25 years of difficult negotiations. The U.S. signed on to the agreement, and quit in 2017 under the Trump administration.

2021 marks the 30th anniversary of the Visegrad Group, which was established on February 15, 1991 in the Hungarian city of Visegrad.

The Visegrad Group, also known as the Visegrad Four, is an informal regional type of cooperation between four Central European countries, namely Poland, Slovakia, the Czech Republic and Hungary.

Linked by common history, tradition, culture and values, the group holds goals and principles of mutual cooperation among the countries and has developed common stance on issues important for the region and the EU.

Monday: G5 Sahel countries and allies hold a summit on security in the Sahel region (to February 16); 30th anniversary of the Visegrad Group.