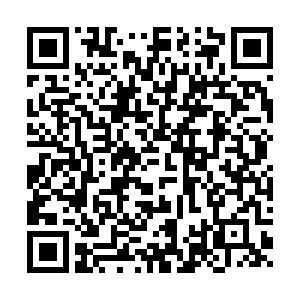 Watching the Spring Festival Gala, also known as "Chunwan," is a must-have routine for millions of Chinese people on Chinese New Year's Eve.

CGTN data team compiled and visualized the program lists of the Spring Festival Galas from 2000 to 2021.

There are about 30-40 programs each year, starting with a spectacular singing and dancing scene at 8 p.m., lasting more than four hours until after midnight and ending with a classic "Unforgettable Tonight." The song, composed in 1984, has been the last act of the CCTV's annual extravaganza ever since, with only a few exceptions.

Fun things to know about the Spring Festival Galas

Programs are mainly in the form of singing, dancing, xiaopin (skits) and xiangsheng (crosstalk). The most popular forms of Spring Festival Gala programs are xiaopin, a Chinese comedic performance in the form of a short skit between two or more performers, and xiangsheng, a traditional Chinese comedy form typically involving two performers bantering back and forth with speaking, imitating, teasing, and singing, according to the "Spring Festival Gala Trend Report 2016-2018" released by Toutiao Index in 2018. 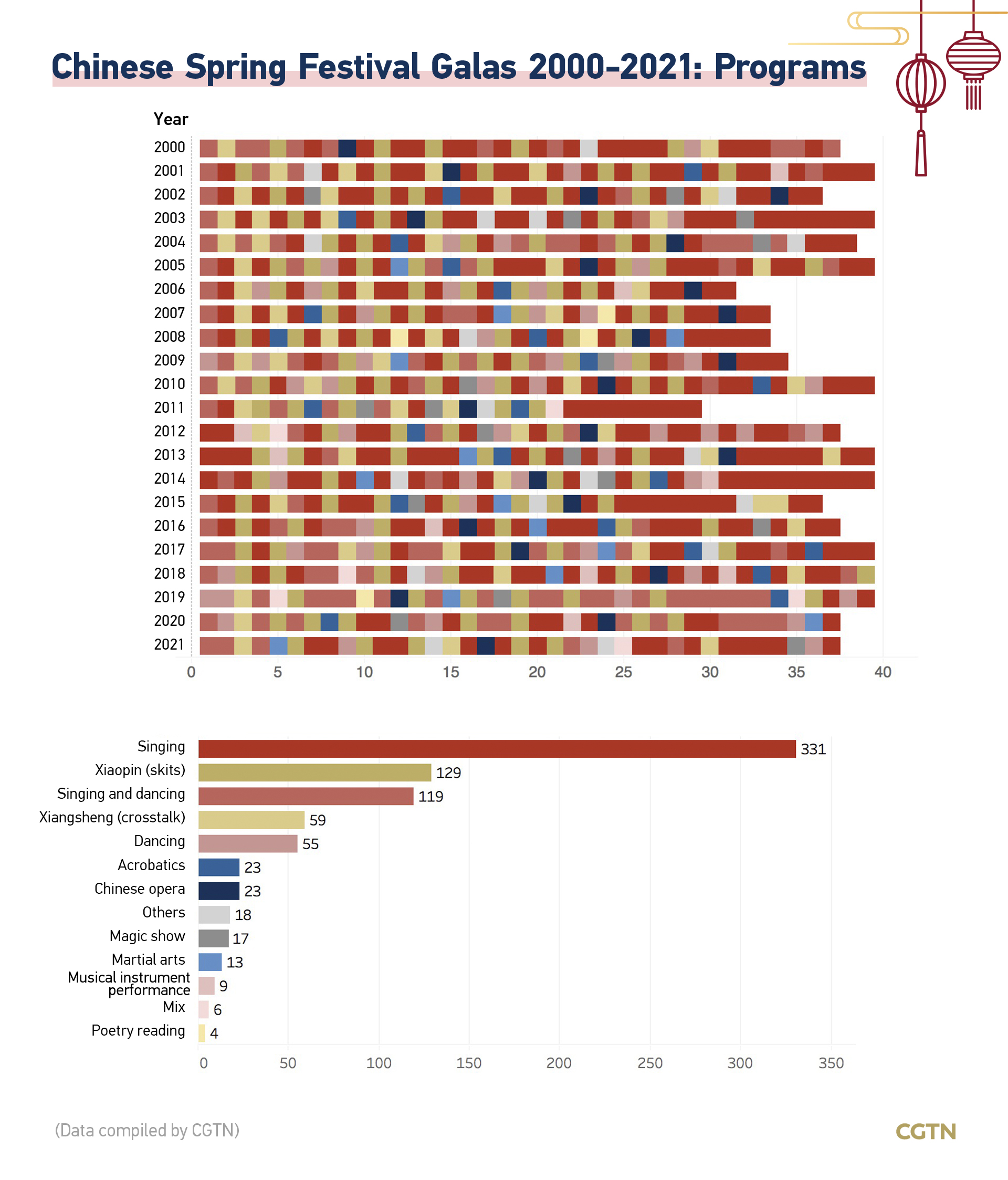 A poll conducted by the China Youth Daily in 2014 with 102,791 participants also found that 58 percent of the respondents said they liked to watch xiaopin and xiangsheng most.

The programs of the Gala can be divided into the language category, musical performances, traditional culture and others.

Musical performances including singing and dancing account for nearly two-thirds of all programs, followed by language programs of xiaopin and xiangsheng. 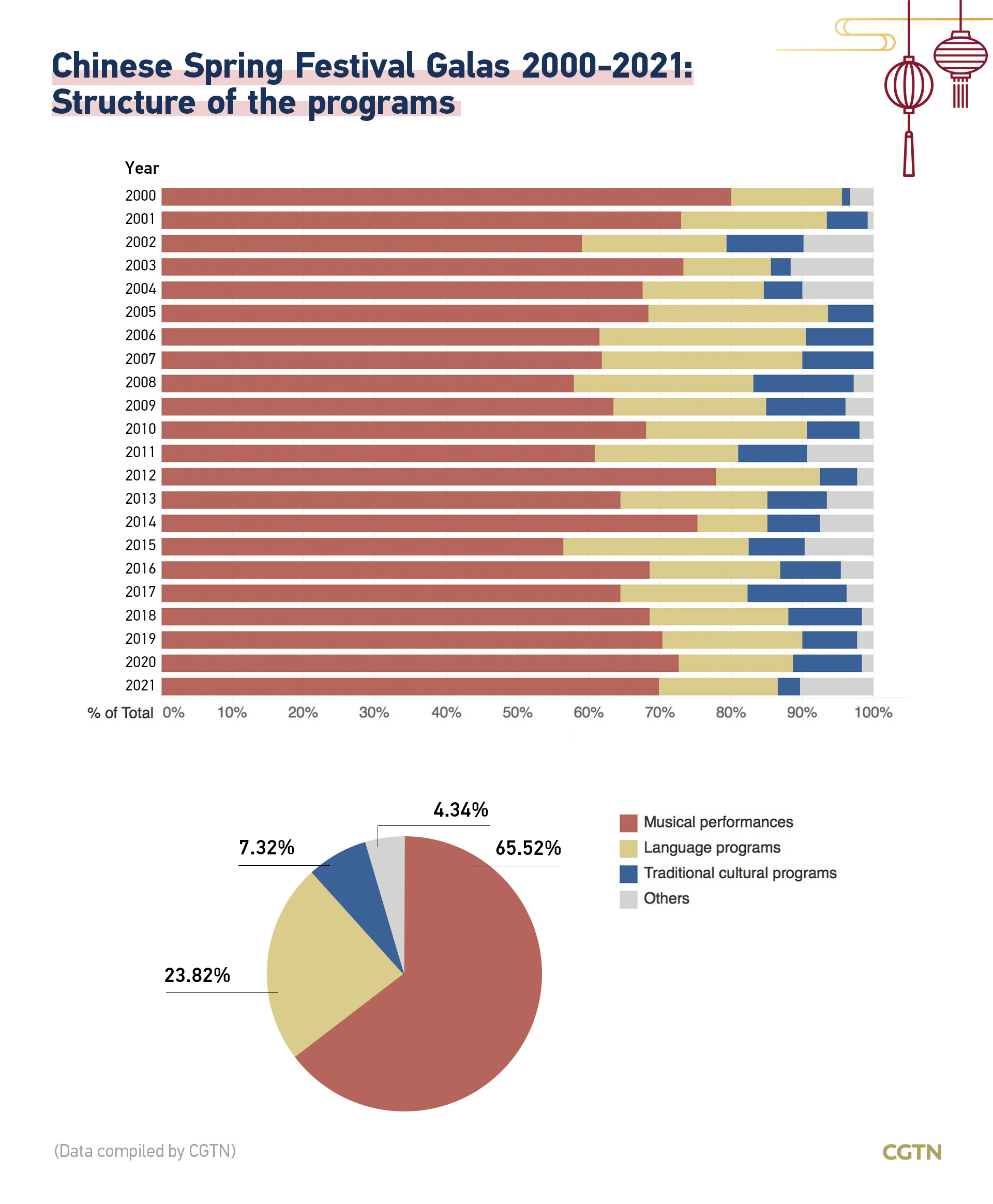 The Gala remains the most popular and watched show, though its ratings have shown a downward trend.

In recent years, the Gala has brought in various innovations, in an attempt to attract younger audiences. For example, in 2015, CCTV cooperated with WeChat and introduced digital red envelopes for the first time. The interactive red-envelope segments on the Gala has become a staple activity audience look forward to.

On Thursday night, on Chinese New Year's eve, more than 620 media outlets in over 170 countries and regions aired the Spring Festival Gala. The Gala reached a record 1.27 billion viewers around the globe through TV, the internet and social media. Among them, viewers who watched the gala through streaming services totaled 734 million. 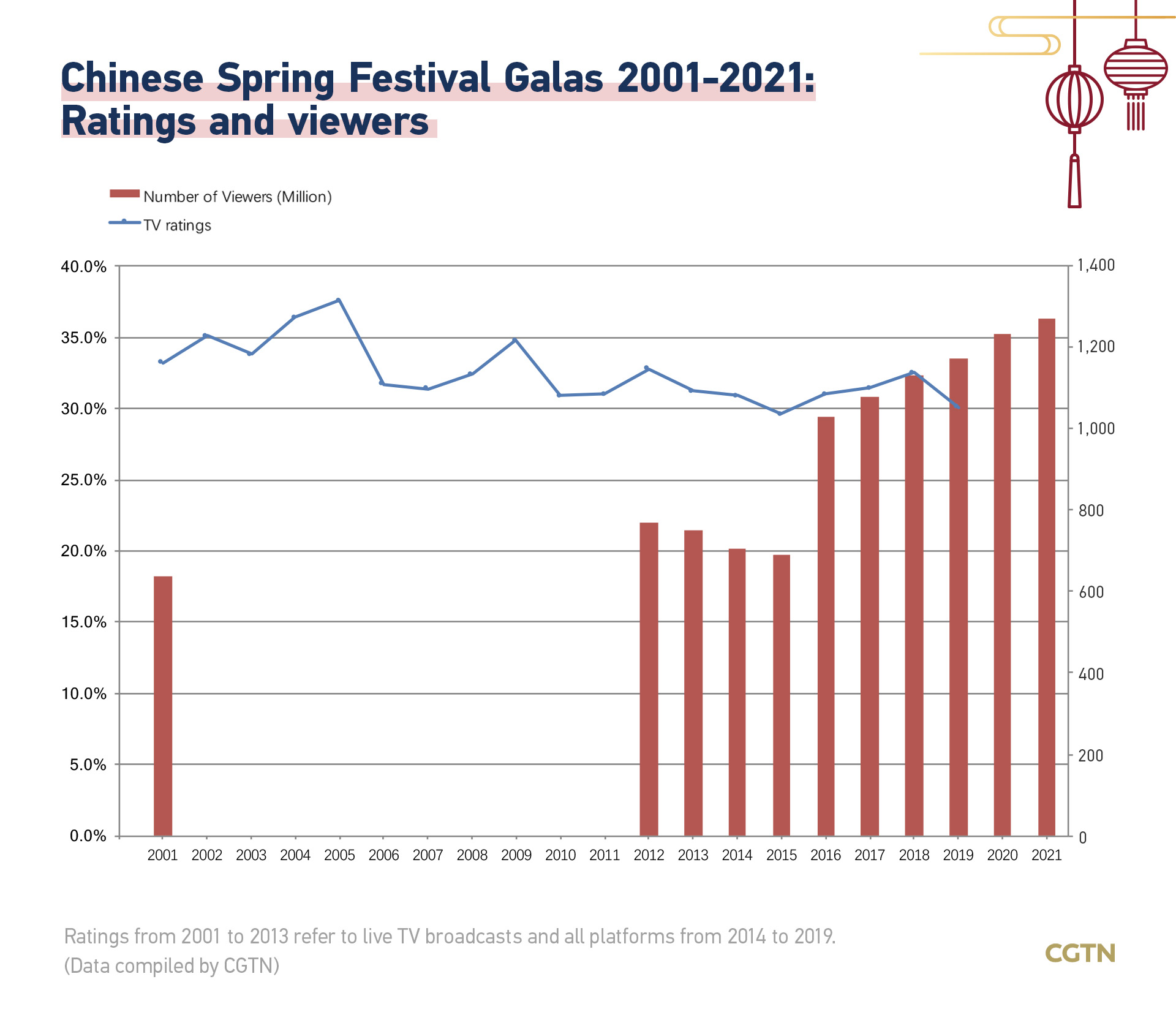 From 2001 to 2019, the Gala's ratings exceeded 30 percent every year, except for 2015 at 29.6 percent. The 2005 Spring Festival Gala had the highest ratings with 37.6 percent. The most representative program of that year was the dance "Thousand Hand Bodhisattva (Guan Yin)." 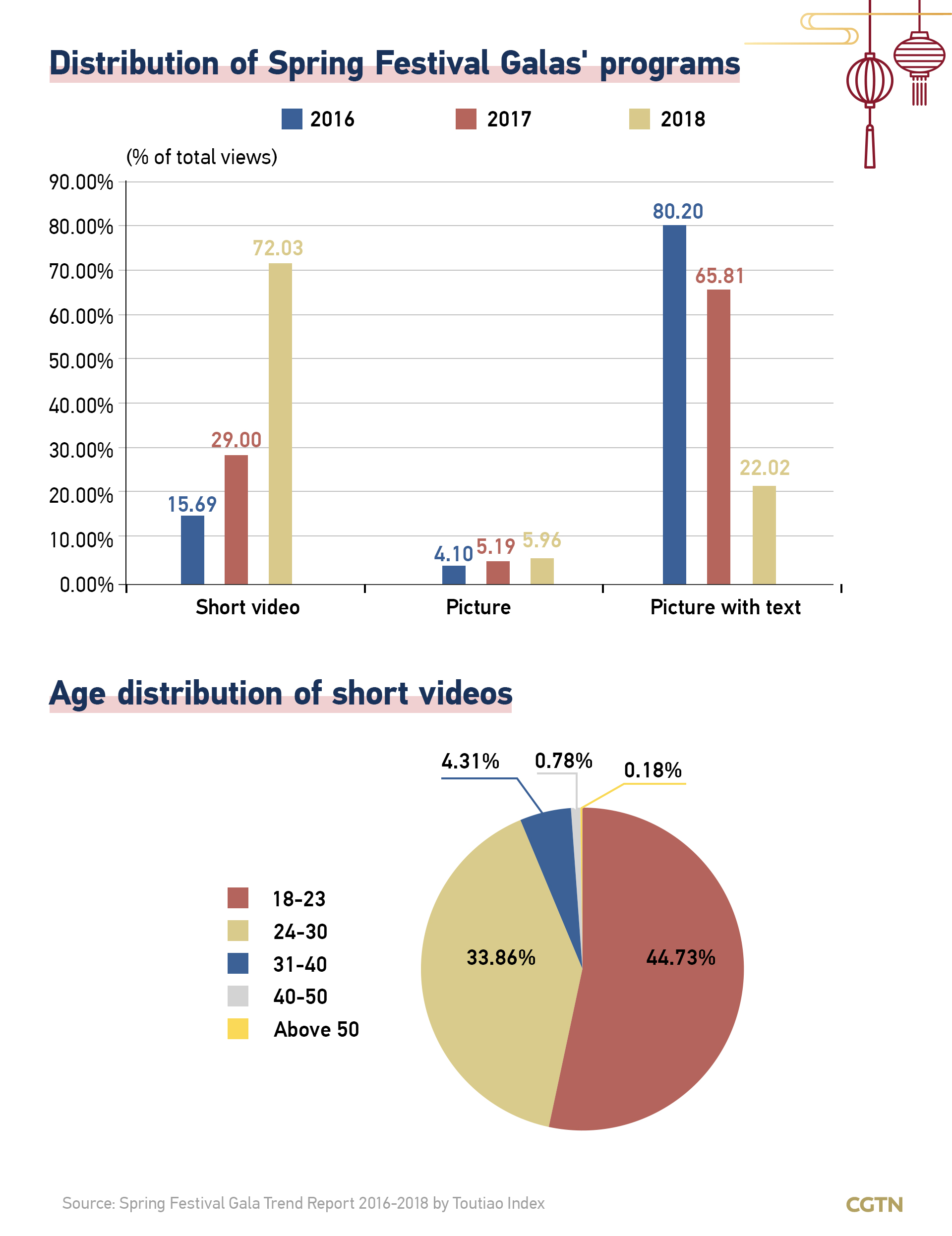 Over the past three decades, the Spring Festival Gala created many unforgettable memories for families. The 2014 survey found that 26.4 percent of people watch the Gala is to "accompany their family."

A very important role of the Spring Festival Gala is also to convey mainstream national culture, ideas, and values, said Xiao Fang, a folklore expert and professor at Beijing Normal University. It is also a very effective cultural bond to link Chinese all over the world.