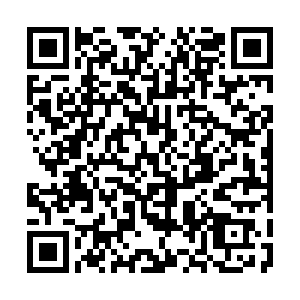 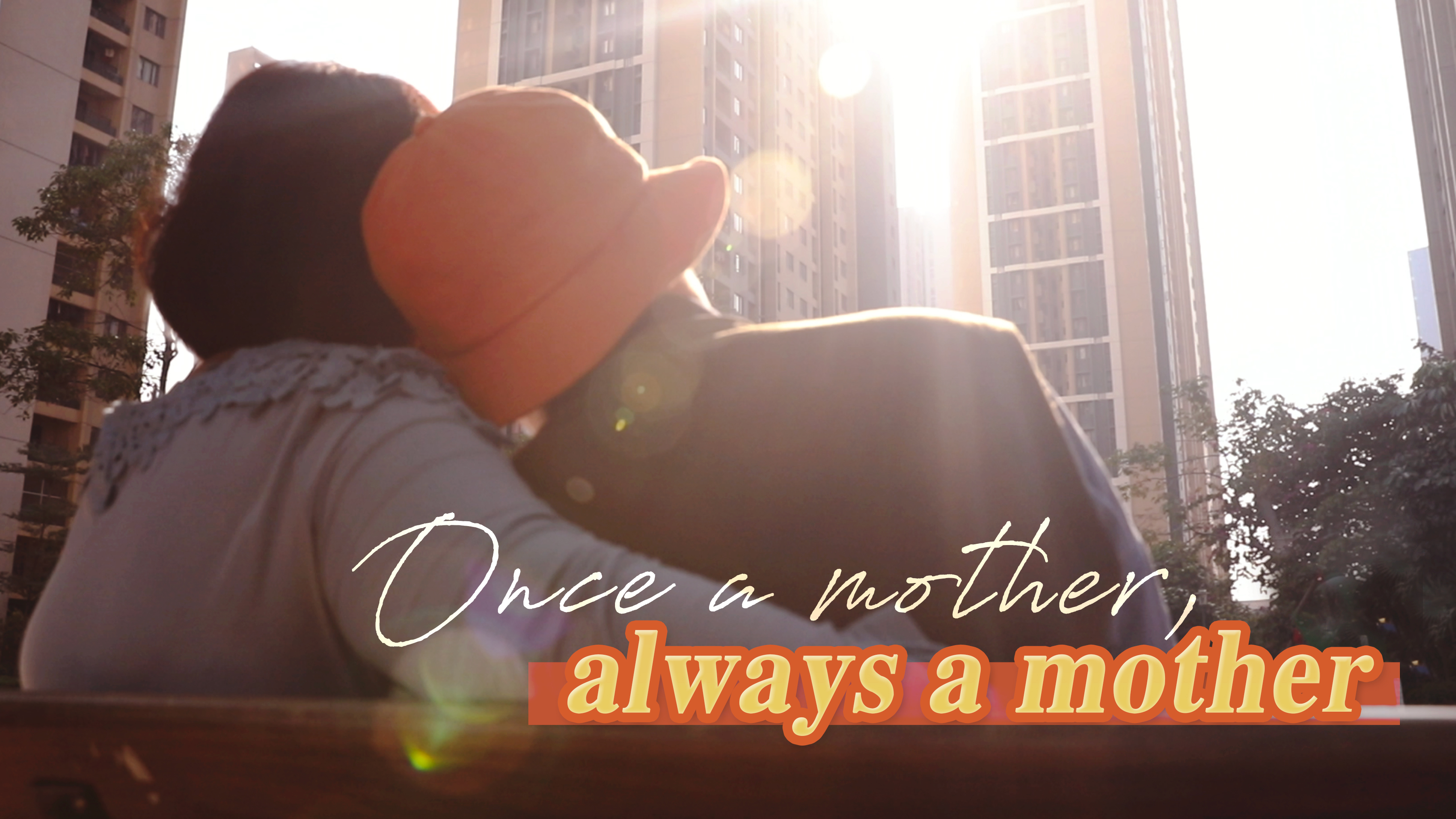 In October 2014 in a hospital in southern China's Guangzhou, Meimei, who had just turned 20, shed a single tear.

The tear slid down her cheek for the first time after an accident left her in a prolonged vegetative state. In the previous two months, she seemed to go in and out of sleep, her eyes closed, showing no signs of consciousness. Her mother, Chen Shufang, immediately sensed the significance of the move – there was hope her teenage daughter would wake up.

Pulling patients out of a vegetative state is a race against time. The first three months is normally considered the window of opportunity for patients to recover consciousness, with the likelihood diminishing the longer a patient stays in a vegetative state. As Meimei lay still in the intensive care unit (ICU) unresponsive, doctors approached Chen, suggesting that she consider having another child because her daughter was unlikely to ever wake up.

The aftermath of the tragedy weighed way more than the accident itself. Chen lost 10 kilograms in the days following the accident. Consumed by anxiety, she sometimes collapsed in the street while walking. In the first few years after the accident, her husband, now separated, would sometimes come to the hospital to take care of Meimei, but on most days, Chen was the only one at her daughter's bedside. 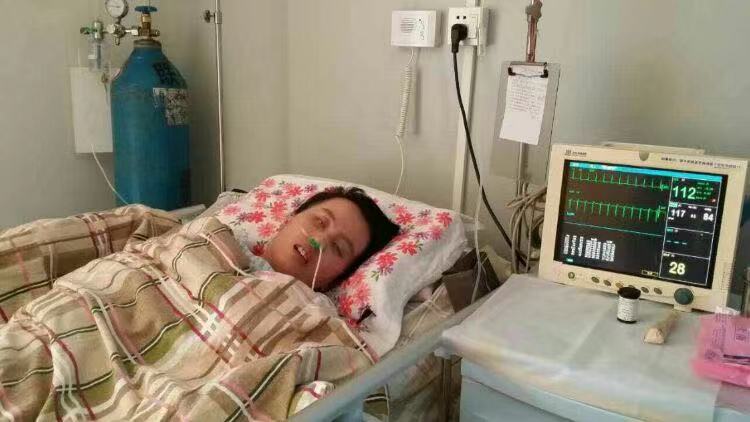 Meimei, who already gained her consciousness after slipping into a coma, lies still on the hospital bed in 2015, Guangzhou, China. /Courtesy of Chen Shufang

Meimei, who already gained her consciousness after slipping into a coma, lies still on the hospital bed in 2015, Guangzhou, China. /Courtesy of Chen Shufang

Meimei had a history of recurrent fever, and whenever her fever spiked again, Chen would spend endless sleepless nights tending to her needs – wiping her body, keeping her hydrated, making sure doctors would come when the situation deteriorated. When Meimei was sent to the ICU, Chen would wait outside the ICU room, hoping that her presence would give her daughter some comfort.

In late 2014, one step at a time, Meimei started to show flickers of awareness. She could wiggle her toes, just the tiniest bit, and then her hands. When a video documenting her life before the accident was presented to her, her eyes gazed at the screen intently, and tried to turn around when the caretaker holding the screen moved to the other side of the hospital bed. Doctors said she had progressed from the vegetative state and gained minimal consciousness.

But the awakening of Meimei did not come around like movies where vegetative patients all of a sudden wake up and can speak and walk. Doctors said that Meimei had the intelligence level of a kid in kindergarten and Chen had to teach her daughter to start from the very basic forms of expression. She taught Meimei to count by letting her hold up a given number of fingers. The first time Meimei uttered the word "mom," Chen could not contain herself. She cried.

Vegetative patients, as well as their family members, need psychological comfort and reassurance, in the face of mounting pressure post-accident, said Dr. He Yanbin from Guangdong Provincial Work Injury Rehabilitation Center, who was among the doctors that treated Meimei. 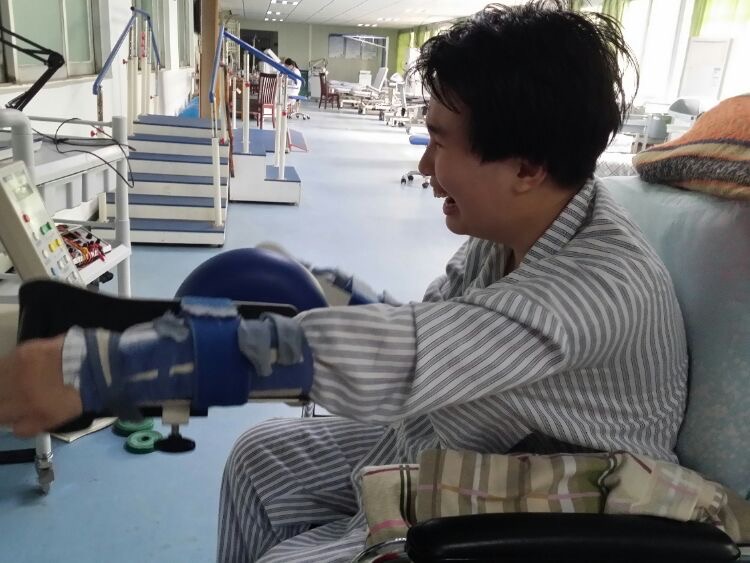 Gradually, Chen had also found her own team of allies. Wu Chao, an artist who was thinking of using art to awaken patients from a vegetative state, offered to help with Meimei's recovery for free in late 2014. She produced an audio recording consisting of sounds that captured Meimei's daily routines before the tragic accident – door knocks in the morning from her mom to wake her up, barking from her pet dog, chattering among friends, and played it repeatedly for Meimei to spark her consciousness.

The art program, for the first time, managed to get Meimei's close surroundings involved. Her former classmates and friends shared anecdotes of Meimei's school year; her close relatives recounted memories of Meimei in her childhood. Acquaintance from different walks of life pitched in to share their bits of memory of Meimei.

"For too long, we as a society have been counting on solely the patients and the doctors to bring back the life of vegetative patients," said Wu. "But to really maximize the chances of reviving the patients, you need the unified efforts from all parts of society." 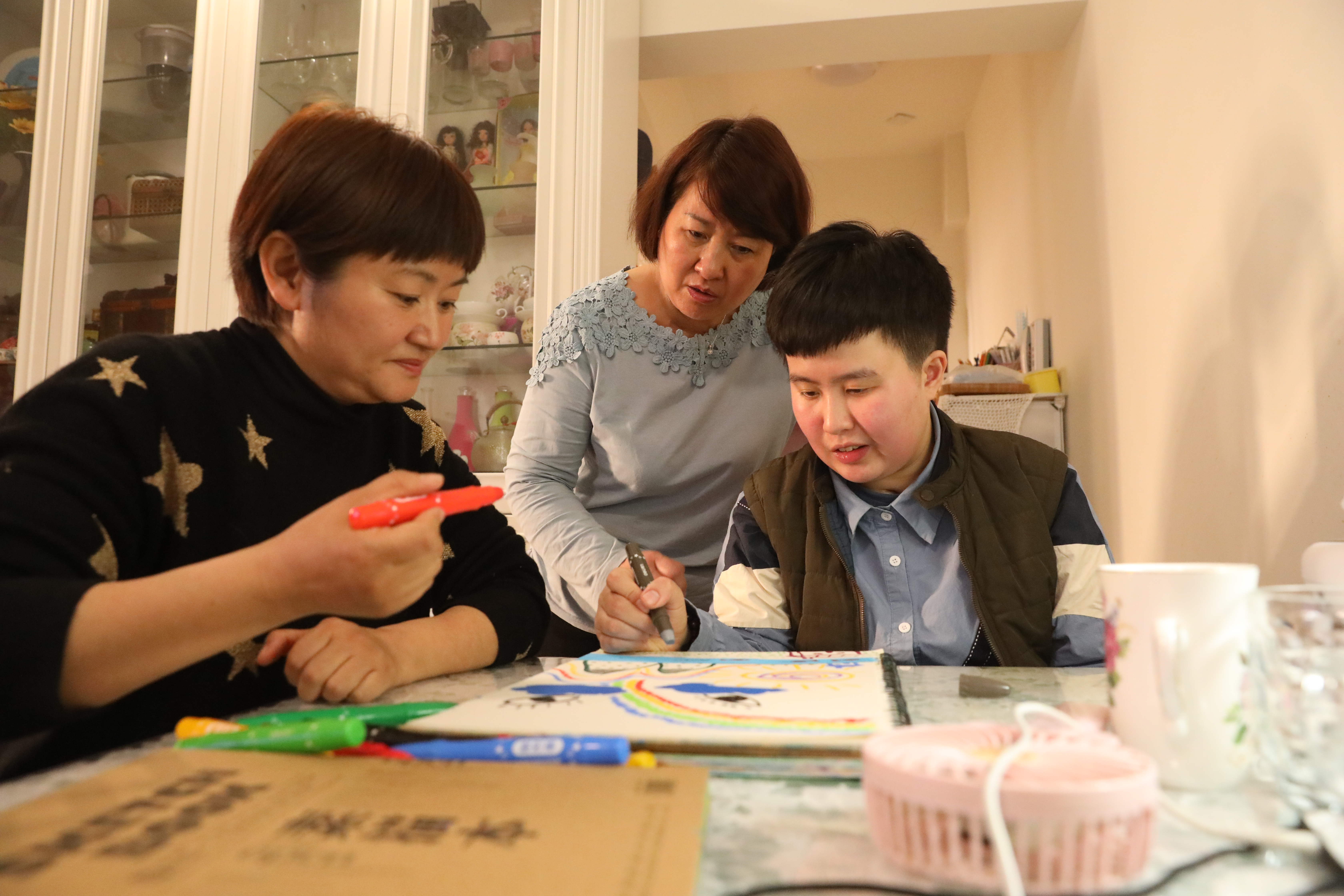 Meimei draws a painting together with Wu (L) at her home in Guangzhou, January, 2021. /CGTN

Meimei draws a painting together with Wu (L) at her home in Guangzhou, January, 2021. /CGTN

Though Meimei has regained her consciousness, Chen is still her rock as the girl has difficulties speaking and walking. Every day, Chen helps her daughter get dressed, wipes her face, swabs her mouth, feeds her meals. She understood that what Meimei felt most keenly was her absence, so every time Meimei moved from one hospital to the other, she would rent a tiny condo near the hospital. In the past six years, she has moved four times.

The family is not financially well-off, and the medical treatment has pushed the family to the verge of bankruptcy. Cost per day for staying at the hospital, not even the best ones, but an average rehabilitation hospital, is at least 1,000 yuan per day, while Chen's pension is a meager 2,000 yuan per month. The family had lost its major source of income, and now had to count on relatives for paying Meimei's medical bills.

In a way, Chen's life was completely turned upside down by the accident. Before the accident struck the family, Chen loved travelling, but now spending most of her time taking care of Meimei, she found herself confined to her home and the hospital ward. She now trained herself to be a professional patient care assistant, learning physical therapy skills such as massage to help her daughter alleviate pains. 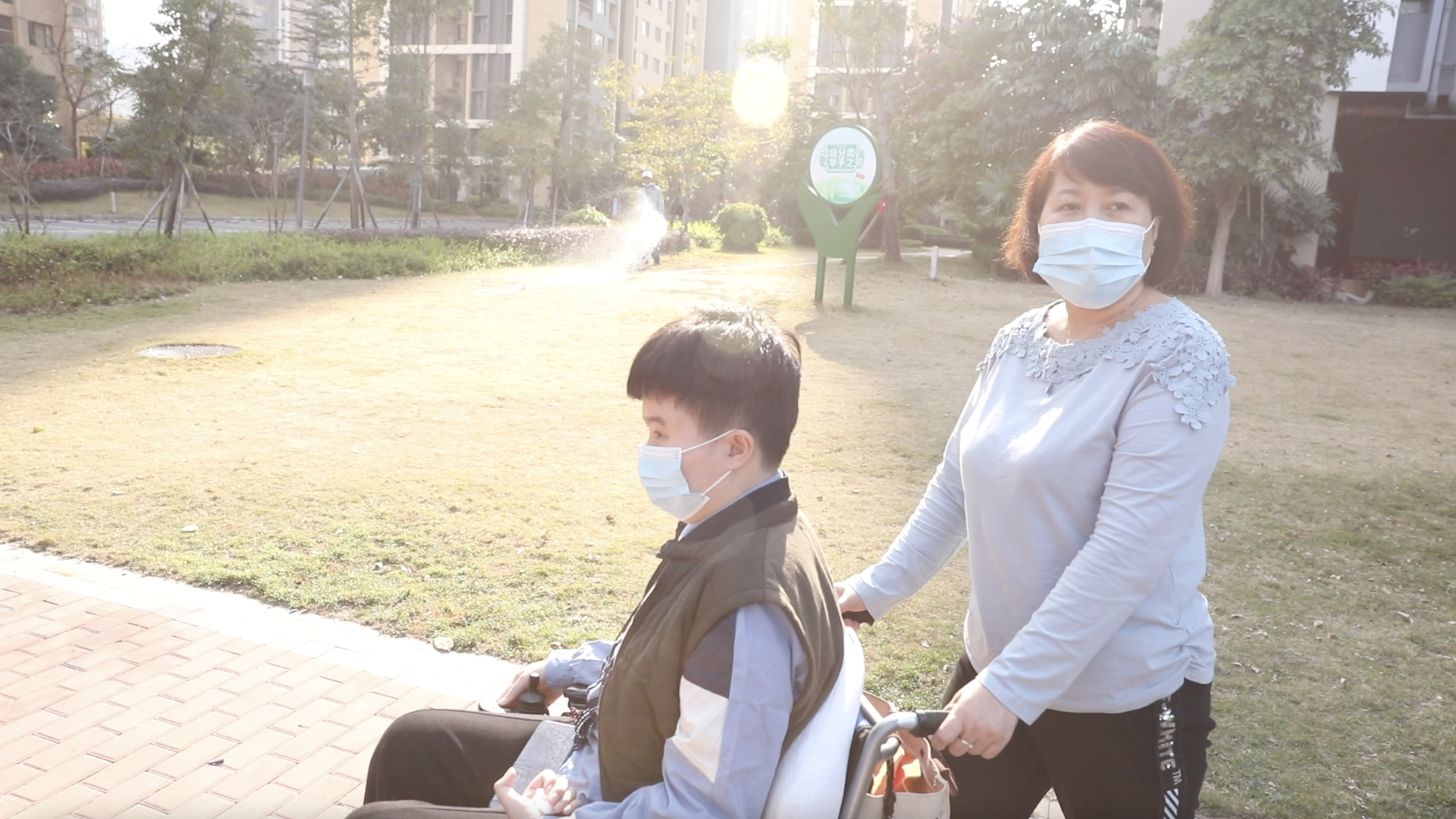 Chen takes Meimei for a walk near her home, January, 2021. /CGTN

Chen takes Meimei for a walk near her home, January, 2021. /CGTN

Despite the weariness and isolation, Chen never thought of giving up on her child for one single minute. The initial frustration and anger have now morphed into peace. She tried to arrange her own life and that of her daughter to resemble that of a normal family. She tried to organize weekend getaways to the beach – Meimei loves the sea – and takes her for a walk downstairs every day when few neighbors would notice.

Today, Meimei is able to speak slowly and deliberately. She cannot utter long sentences, but being able to utter full phrases is not a problem. Chen's dream, is that one day Meimei will be able to get rid of the wheelchair and walk on her own. "I cannot take care of her for her entire life," said Chen. "If she could walk one day, then she would truly be able to live on her own."

As her mom spoke, Meimei grinned. She had never thought of parting with her mom.